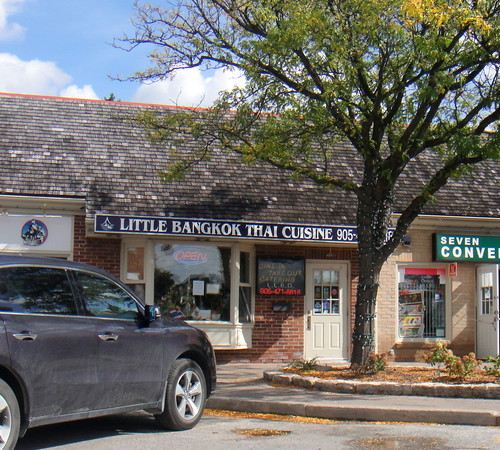 For our birthday lunch, Angel and I dined at Little Bangkok Thai Cuisine.  It’s a little known restaurant that resides in a small homey plaza on Main Street Markham.  I discovered it since it was one of the restaurants listed in the Markham neighbourhood on urbanspoon and showed a rating of 80%+.  The food blogger in me wanted to try it out for sure.

When we got there at noon, we were the only ones out of two other tables there.  It was a bit too quiet in there to chat.  We placed our order with the only server there (who seemed to also be the owner) from the lunch menu.  Each item on the list came with a soup and spring roll. 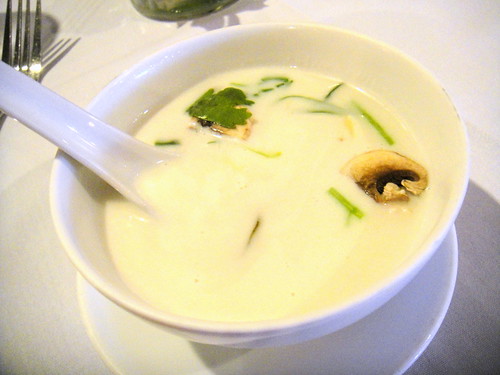 This was my first time having coconut chicken soup that I can recall.  It was a milky white colour which was semi-warm and tasted good.  I have nothing to compare it to but the chicken slices were a bit bland. 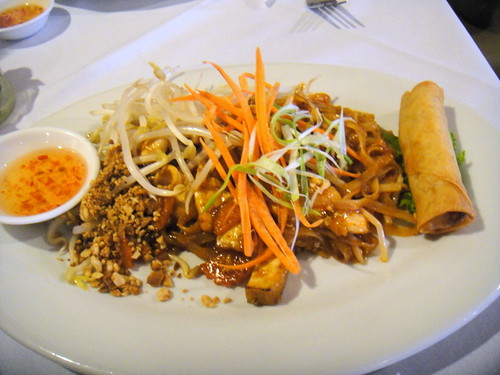 I chose the pad thai option.  After tasting a bite of the one that Christian had at Pho 88 recently, I’ve been reminded of good pad thai.  When the dish arrived, it was a bit smaller portion than I expected.

The vegetarian spring roll was mediocre.  The pad thai was so-so as well.  It wasn’t terrible but I liked the one at Pho 88 much better.

Angel also commented that her green curry chicken was good but not amazing. 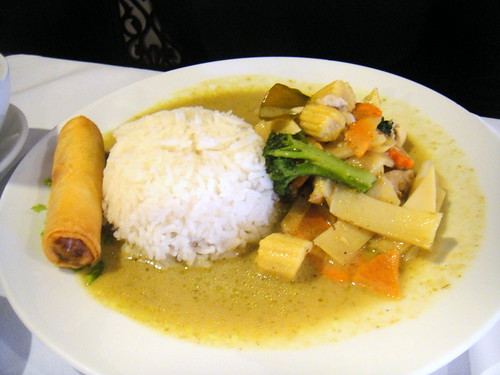 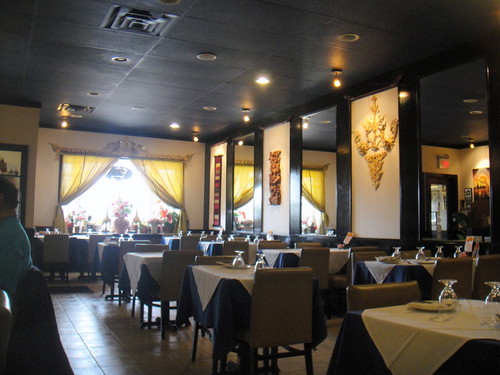 I’m not sure I’m going to dine here again.  I noticed that they had something interesting called curry bites advertised on their wall but other than that, I think dining once at Little Bangkok Thai Cuisine is good for now.