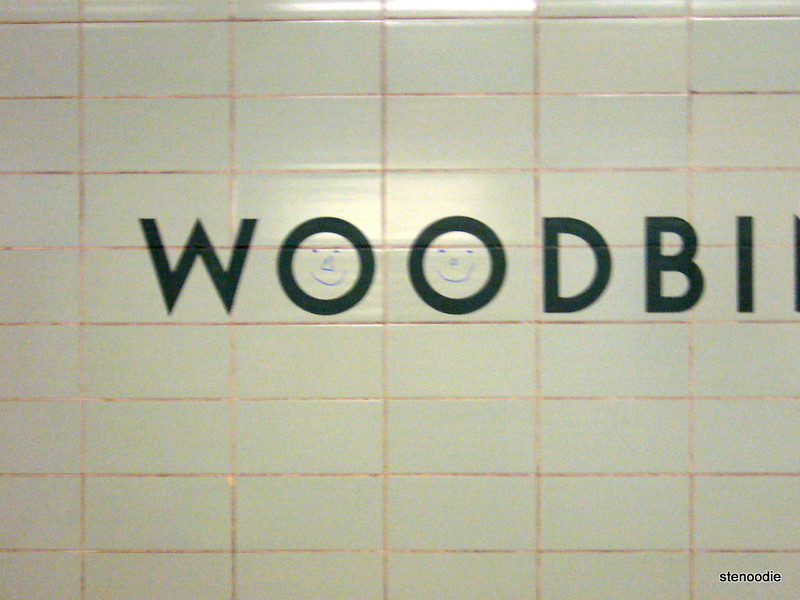 This week’s photo challenge is “one love“.  Whenever I see funny or cute graffiti in public places, I know that someone somewhere out there is being amusing and playful.  It gives me a sense of a human touch from a random spot that you wouldn’t expect (or shouldn’t expect since most graffiti is frowned upon — at least the ugly ones) which brings a smile to my face which ultimately comes from a place of love.  When graffiti like this is cute and humorous, it brings peace and love.

I snapped this photo during the couple of seconds I had between the subway doors closing when I was at Woodbine Subway Station during the summer in 2009 on one of my foodie adventures (yes, even back then, the foodie adventures were hap’n! 😉 ).  I spotted these adorable faces added to the O’s of the word and thought these were so cute.  If someone doesn’t come from a place of positivity and fun and love, I don’t think we would see these cute signals in random places.

What’s the cutest or most loving thing you’ve seen in a public place? 🙂

I'm a stenographer, foodie, avid traveller, and new mom who loves to share her experiences with the world.
View all posts by stenoodie →
This entry was posted in Weekly Photo Challenge and tagged artwork, fun graffiti, graffiti, graffiti in public places, graffiti in Toronto, graffiti photos around the world, one love, postaday, subway artwork, weekly photo challenge, Woodbine Subway Station. Bookmark the permalink.