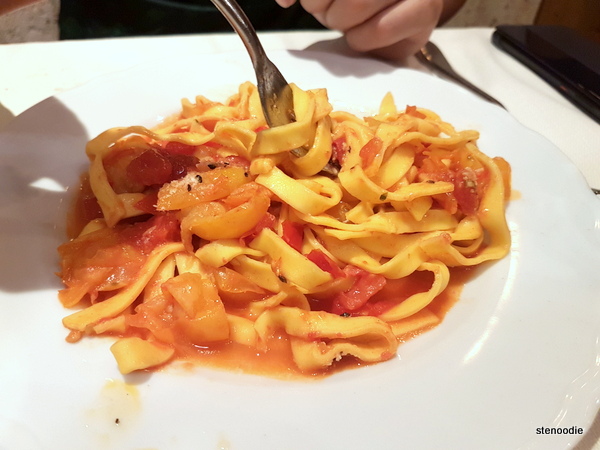 September 5, 2018:  After marvelling at the magnificent Trevi Fountain, we browsed the nearby streets for a restaurant for dinner.  Vince gave us a tip to look for restaurants with the “trattoria” word in it (which meant simple Italian dishes that usually were more local and less commercial).  It took us a while to weed through the tourist traps, but we finally spotted a nice-looking restaurant with the “trattoria” sign.

This restaurant was called “Ristorante Sant’Andrea” and looked so chic and nice.  We opted to sit inside tonight as opposed to their patio (which was great too and had a live musician serenading the guests at one point of the night).  The server wore a bow tie and we had a tablecloth service (with a stated €2,50 service). 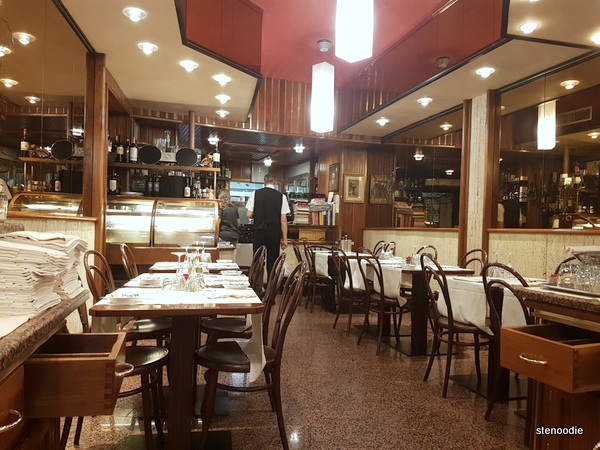 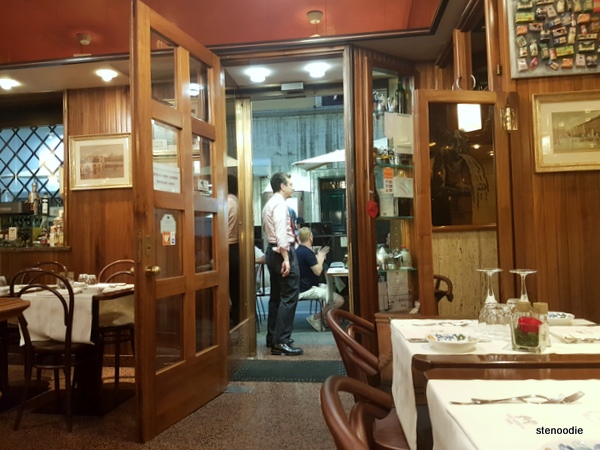 Views towards the doorway where the patio was 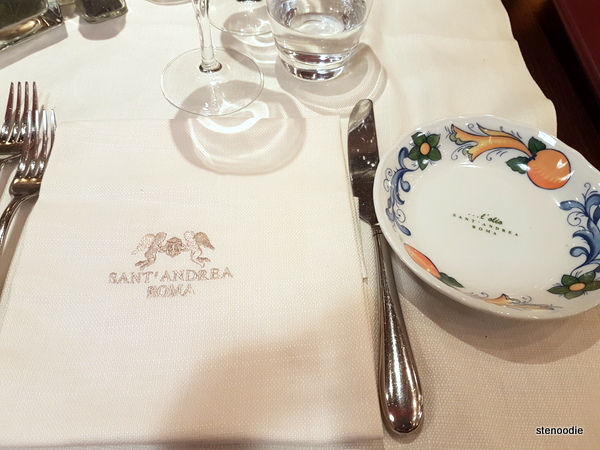 I was still stuffed from our pizza lunch in the afternoon and happily opted for a minestrone soup.  Ken ordered the tomato basil fettuccine pasta. 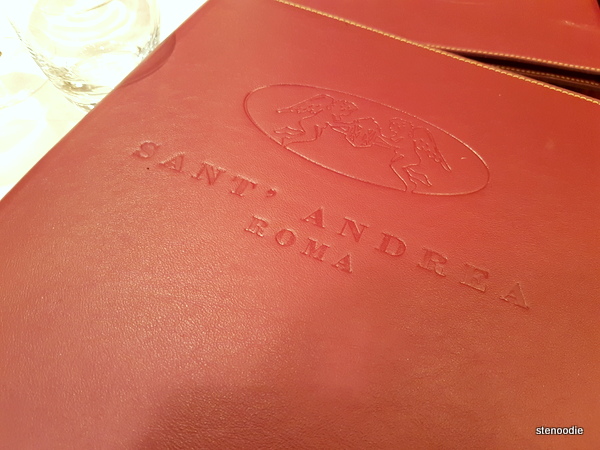 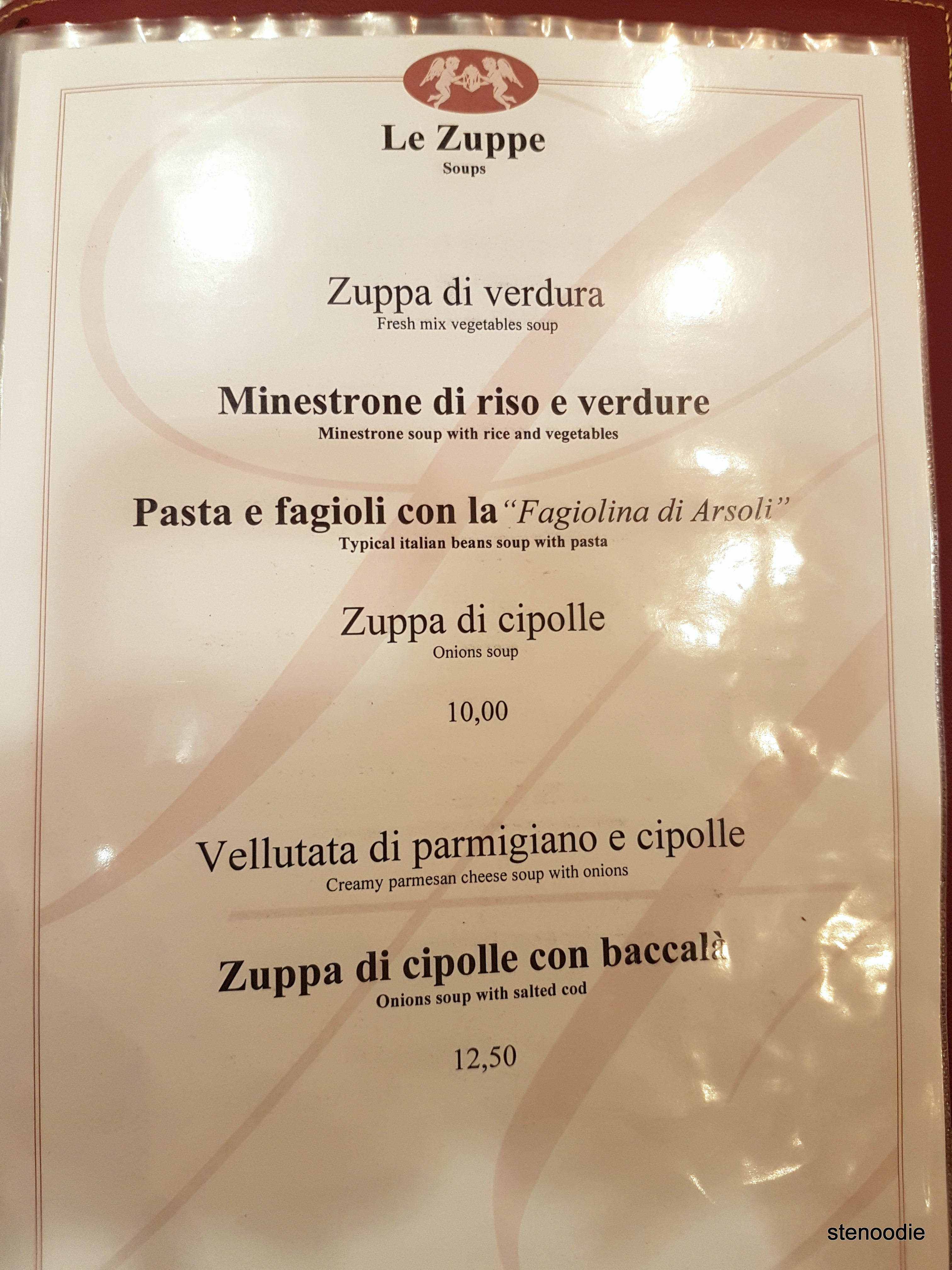 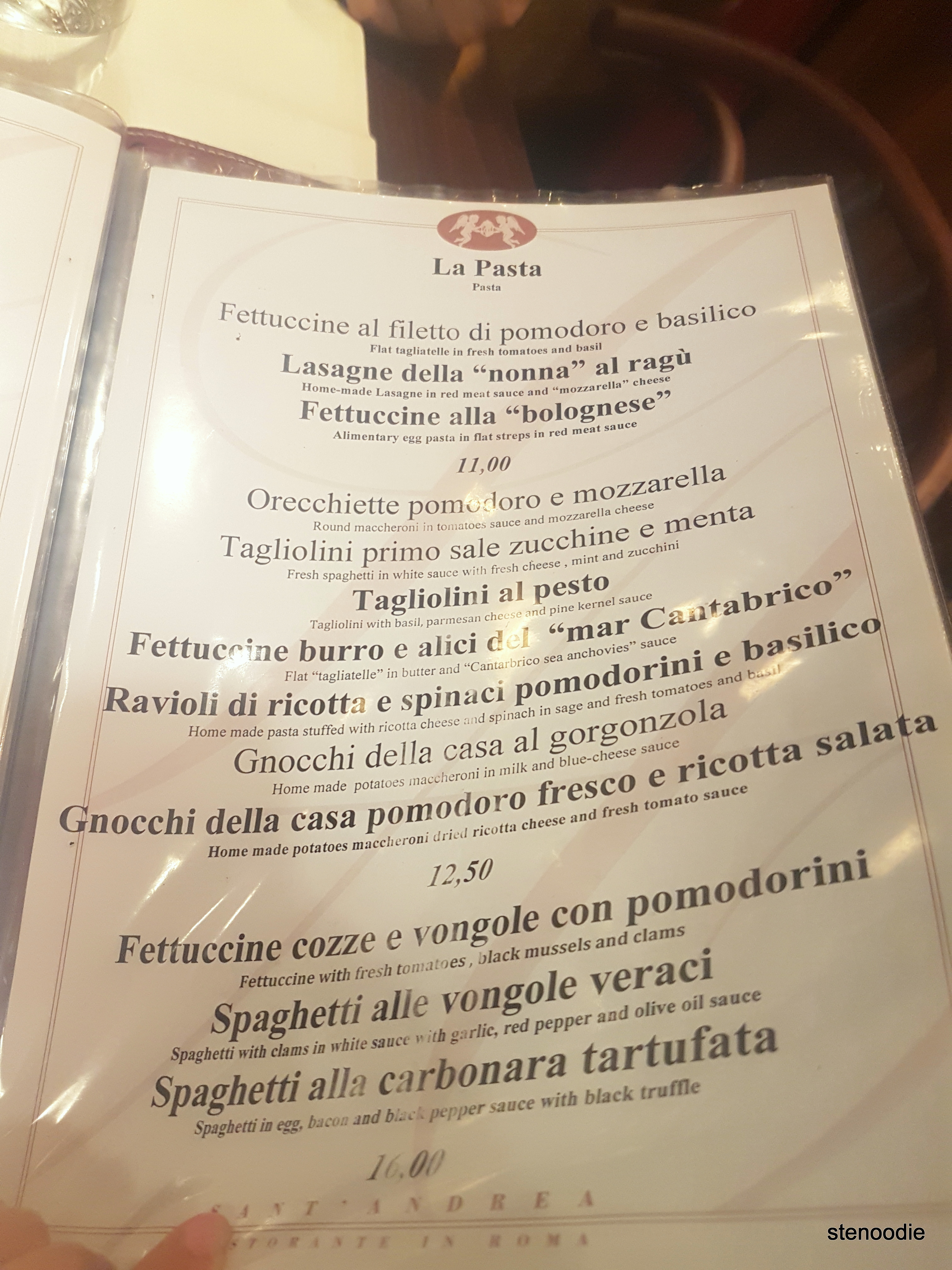 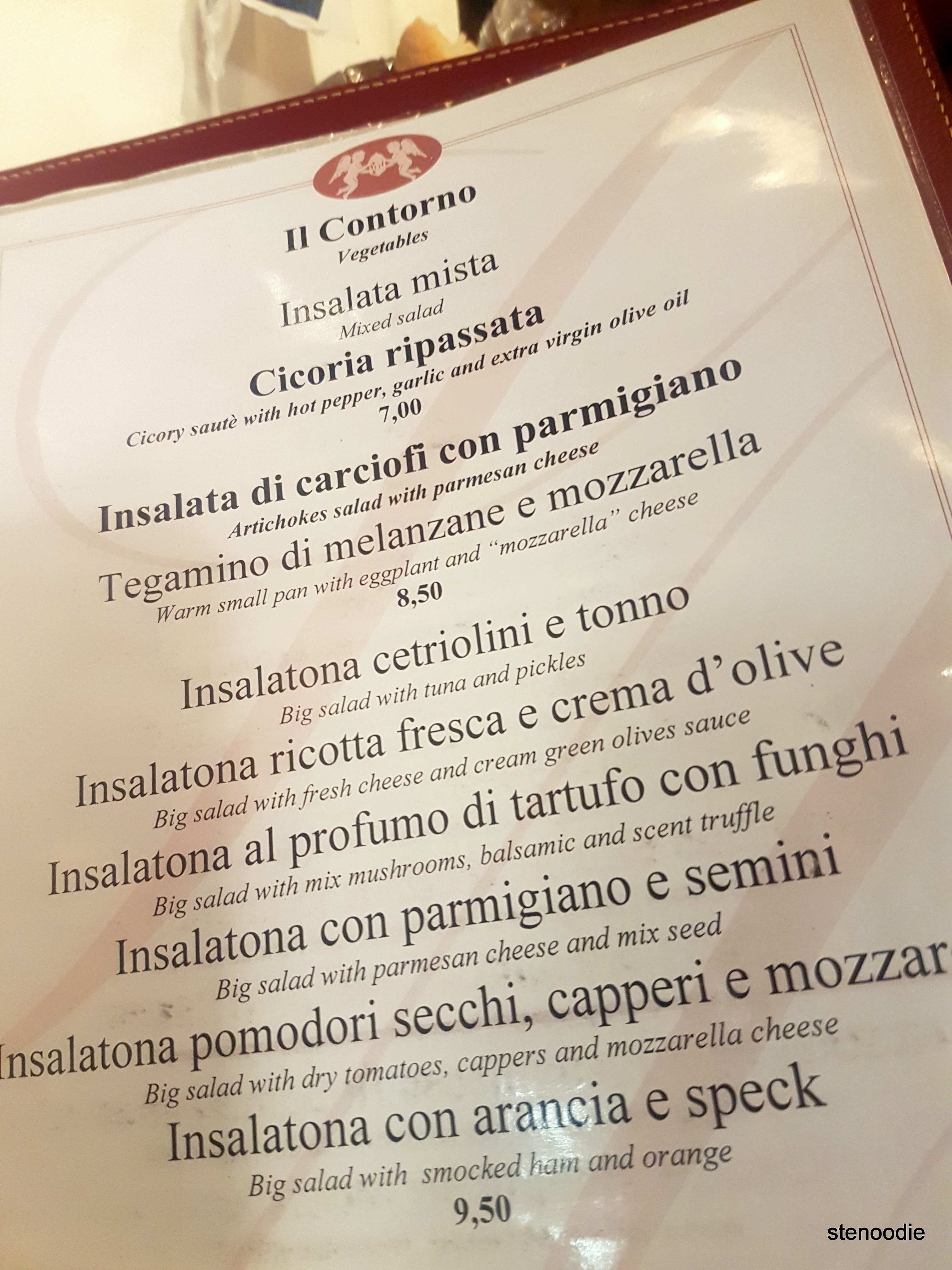 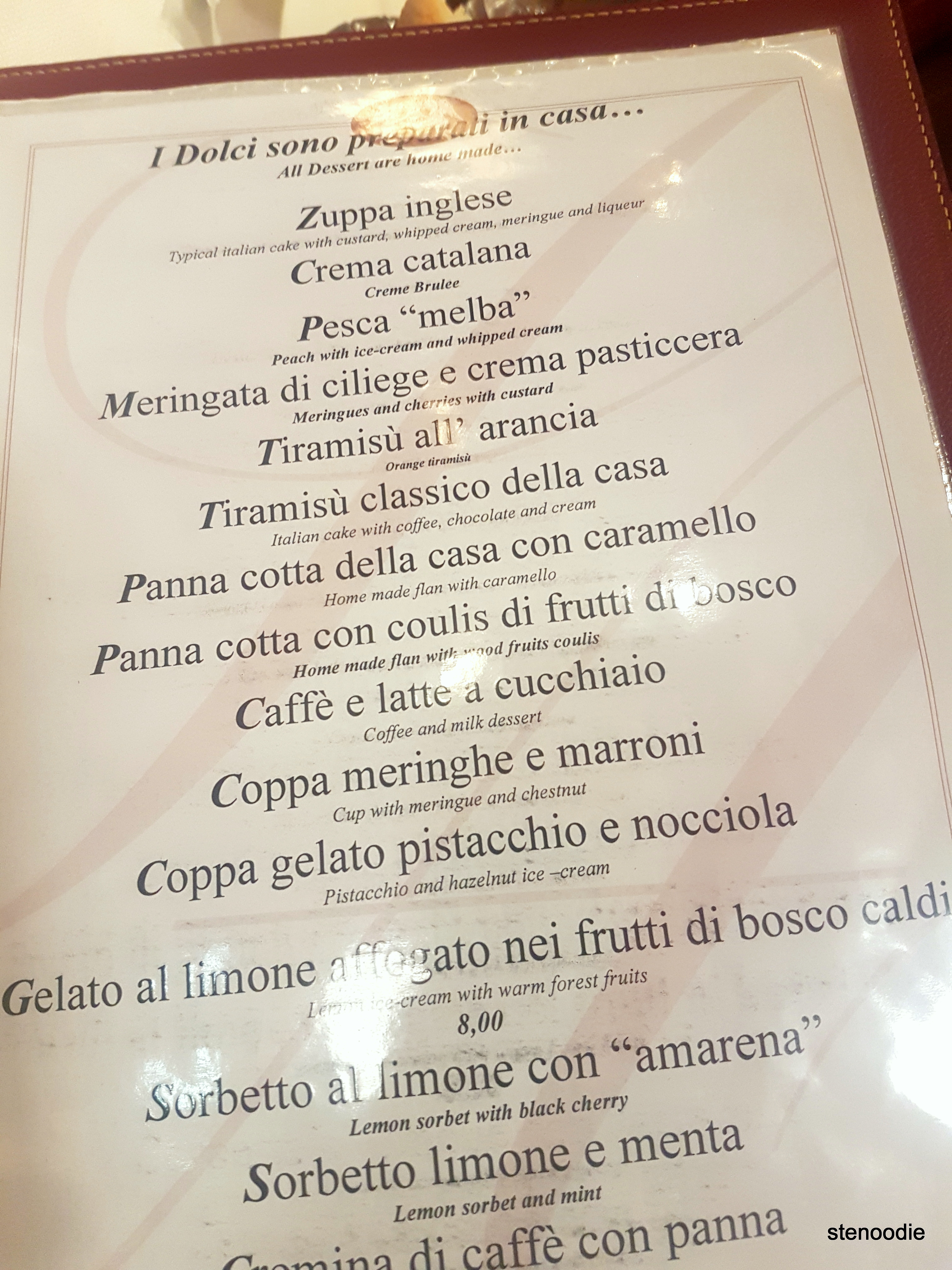 We were first served some (complimentary) bread and bread sticks with authentic Italian olive oil and balsamic vinegar.  The balsamic vinegar was great in the sense that it was slightly sweet and not sour like the ones I am familiar with. 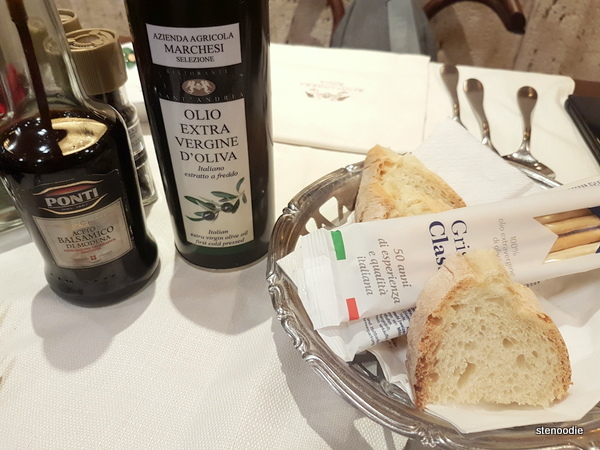 Bread and bread sticks with olive oil and balsamic vinegar 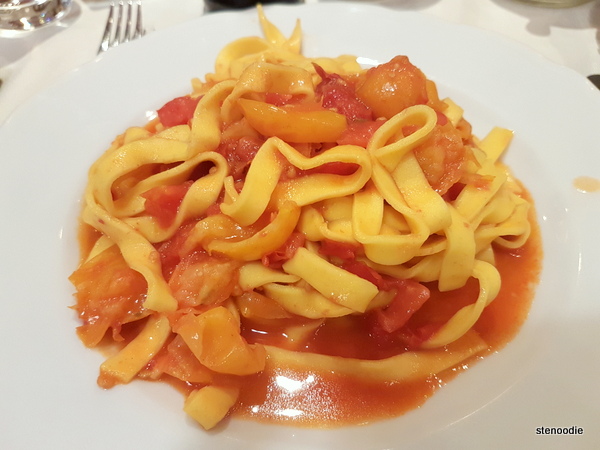 Our entrées arrived at the same time.

The Fettuccine al filetto di pomodore e basilico (flat tagliatelle in fresh tomatoes and basil) was simple and light and quite soupy than the other two pasta dishes we’ve had on this trip so far.  It was a nice clean pasta.  The pasts was slightly al dente but more smooth than the others. 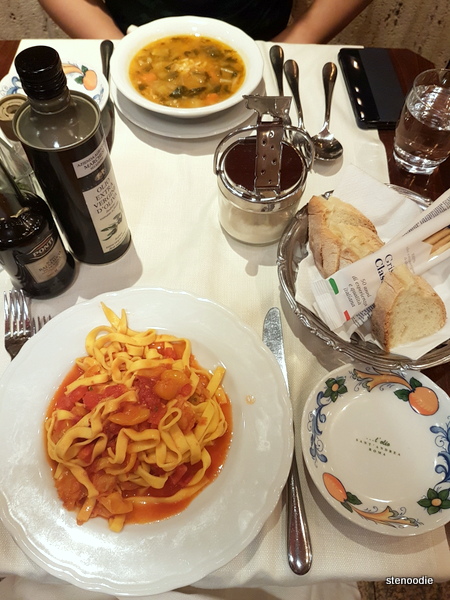 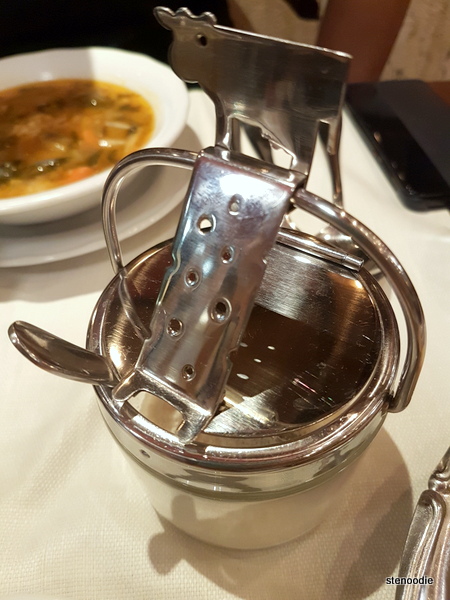 The Minestrone di riso e verdure (minestrone soup with rice and vegetables) had lots of veggies and rice and was a good comfort soup. 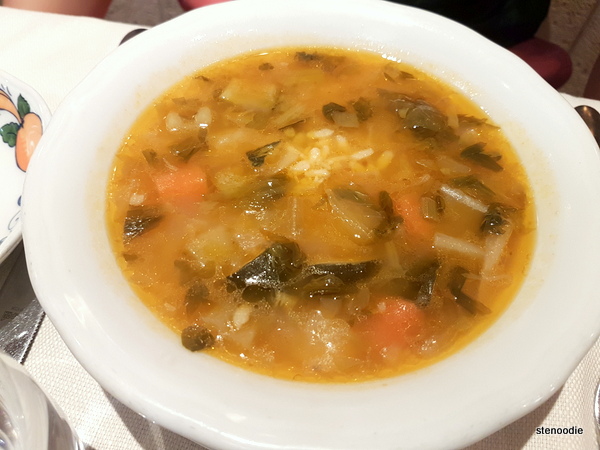 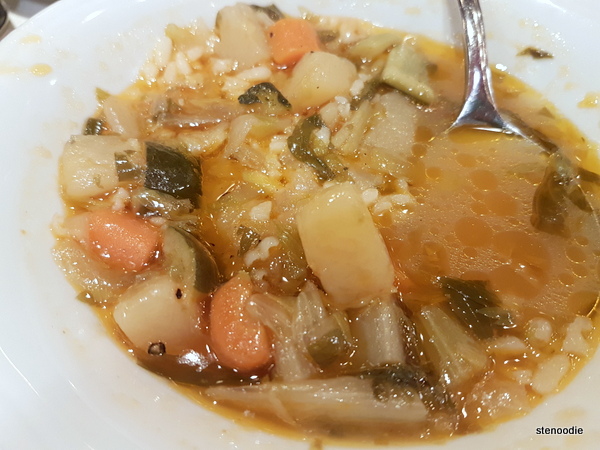 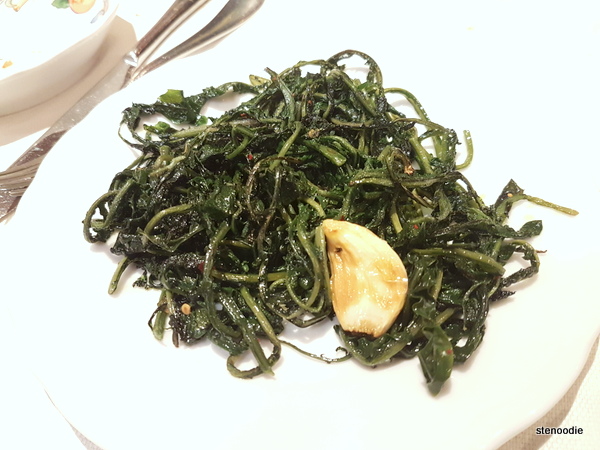 It wasn’t until we were done our entrées that we spotted a neighbouring table eating a plate of Cicoria ripassata, a dish with type of spinach with garlic (chicory sautéed with hot pepper, garlic, and extra virgin olive oil).

It looked so good and we had been deprived of green leafy vegetables in our meals so far that we ordered for one plate to share.

Mmm, this was so delicious!  I’ve never had Italian type of greens before and it was perfect and not too spicy.  Ken said he easily could have eaten another plate.  What’s best is now we can order green leafy veggies for our trip now (now knowing that chicory exists)! 😀 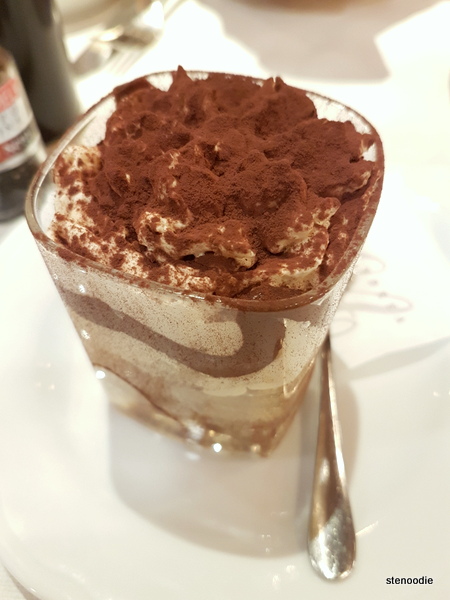 At this time, I had also ordered the Tiramisu classico della casa.  I had been eyeing tiramisu for dessert since our first dinner here in Rome but had been too full for it.  Tonight, I ordered the tiramisu and absolutely loved it!

The classic house tiramisu arrived in a tall-ish transparent container and was so light and fluffy on the top.  The chocolate cocoa smelled heavenly.  The cake was so soft and like a cloud yet still rich with coffee.  It was the best authentic tiramisu to date!!

I was so impressed with their dessert (all of them are made in-house) that I decided to try the Panna cotta della casa con camamello too.  I couldn’t resist (and that’s how we had double pizza and double desserts on this Day 3). 😀

The inside of the container was hollow and that’s because the cake and pastry was so soft and light! 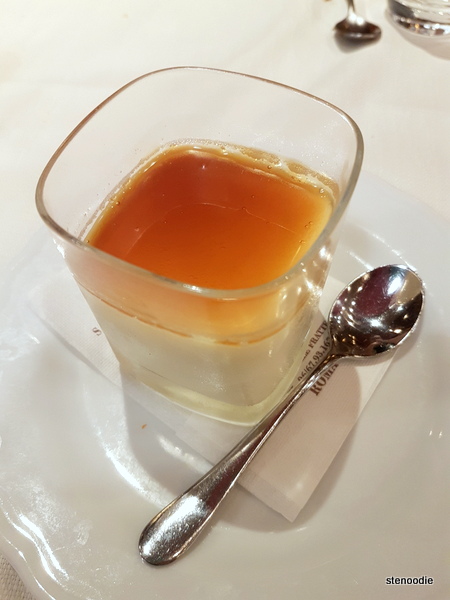 I chose the classic panna cotta with caramel sauce (Panna cotta della casa con camamello) instead of the fresh fruit.  This arrived to the table so quickly and was also presented in the same cylindrical container as the tiramisu.

It didn’t look like much but the taste was amazing.  The honey-like caramel sauce on top of the smooth panna cotta was the only sweet part to this dessert.  The panna cotta gelatin itself was so smooth and dense like tofu but so good.  It was another dessert for the books. 😀

Dinner at Sant’Andrea was such a satisfying meal!  The service was great too. 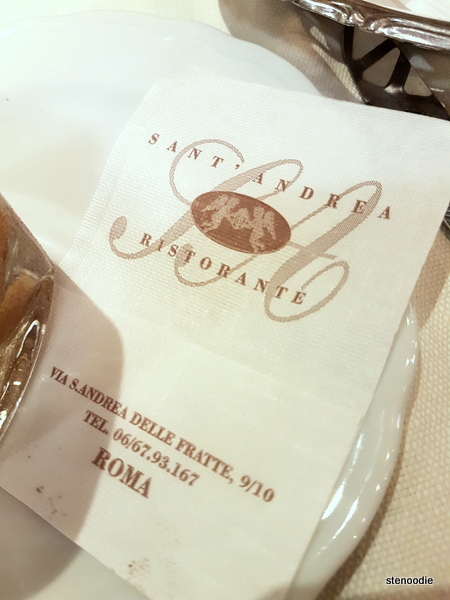 Address and phone number on their napkin 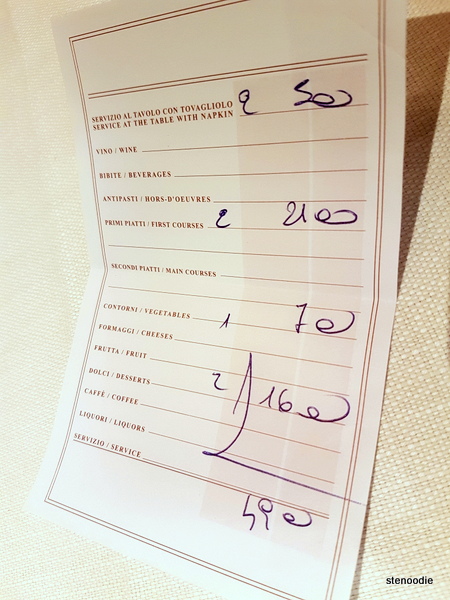 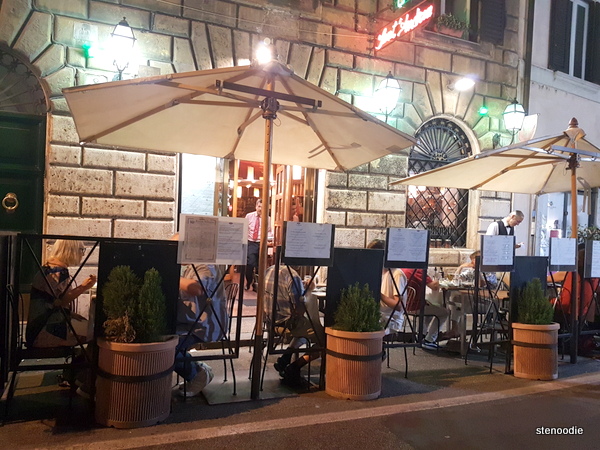 Nice patio (with a serenading musician too) 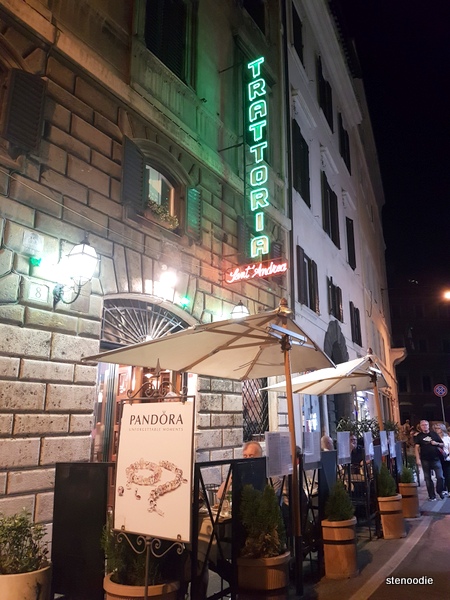 Such a nice homey restaurant

(Their table napkins are stitched with their restaurant name/logo and you can actually purchase them from the store.  They also had some other in-house memorabilia if you wanted to purchase something home as a souvenir.)