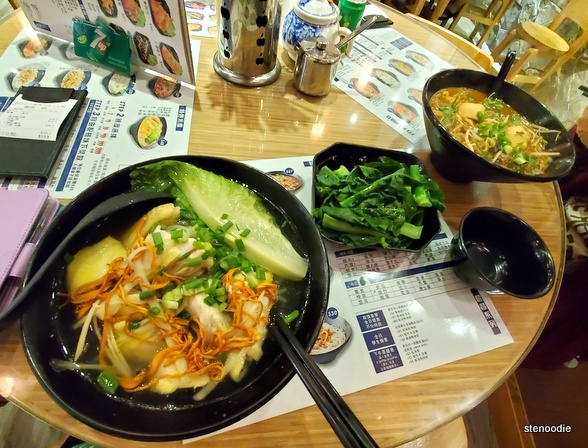 I couldn’t find an English name for this restaurant, so 雲桂香米線專門店  it is.  It’s literally a specialized restaurant for rice noodles.

You can either customize your bowl of rice noodles or choose from some a la carte options (the menu has helpful photos).  They also have many varieties of drinks and side dishes to choose from.  The drink they specialize in is homemade soy milk. 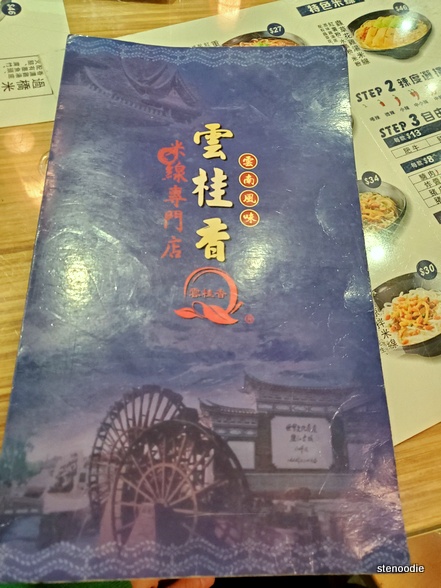 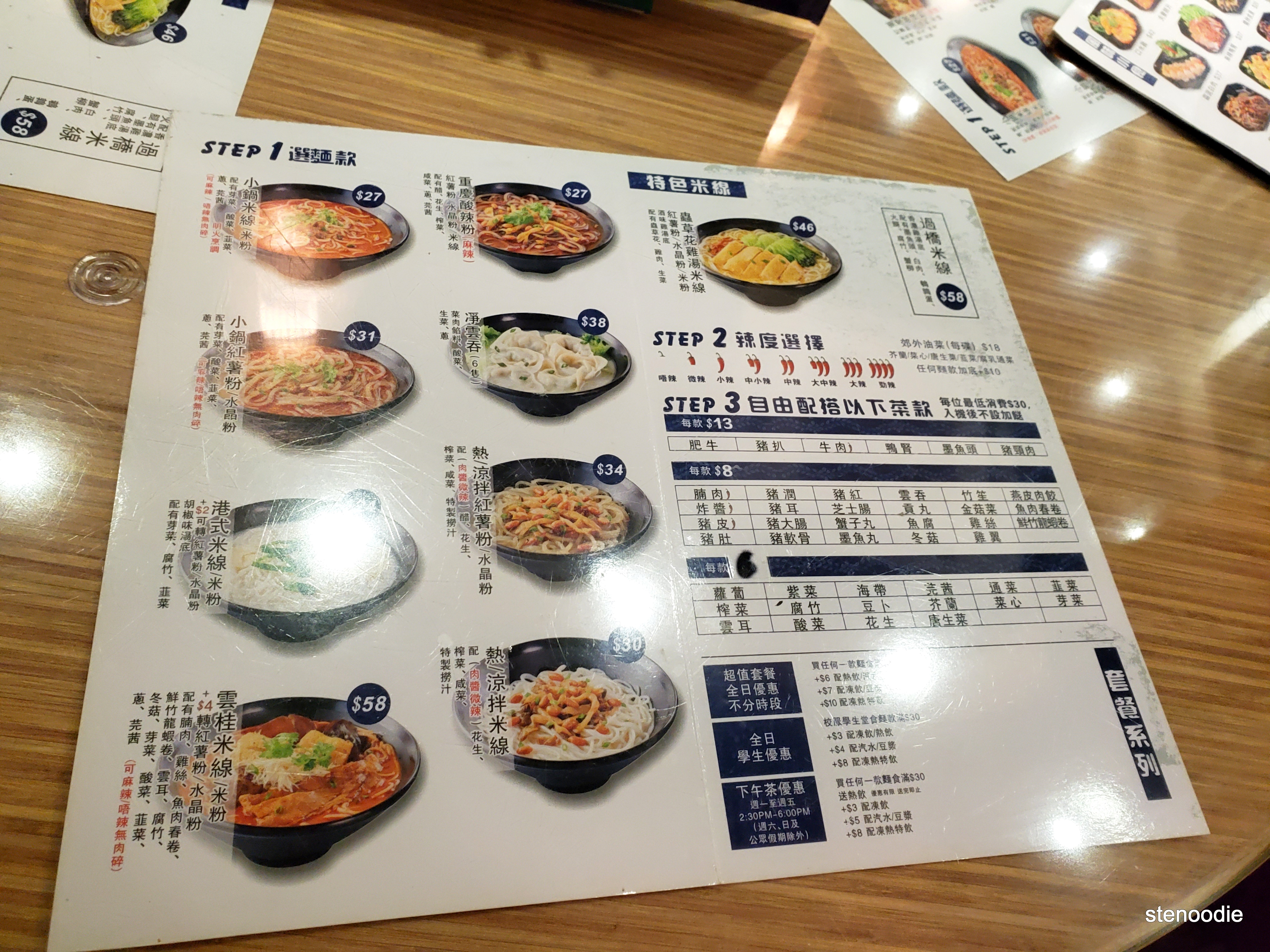 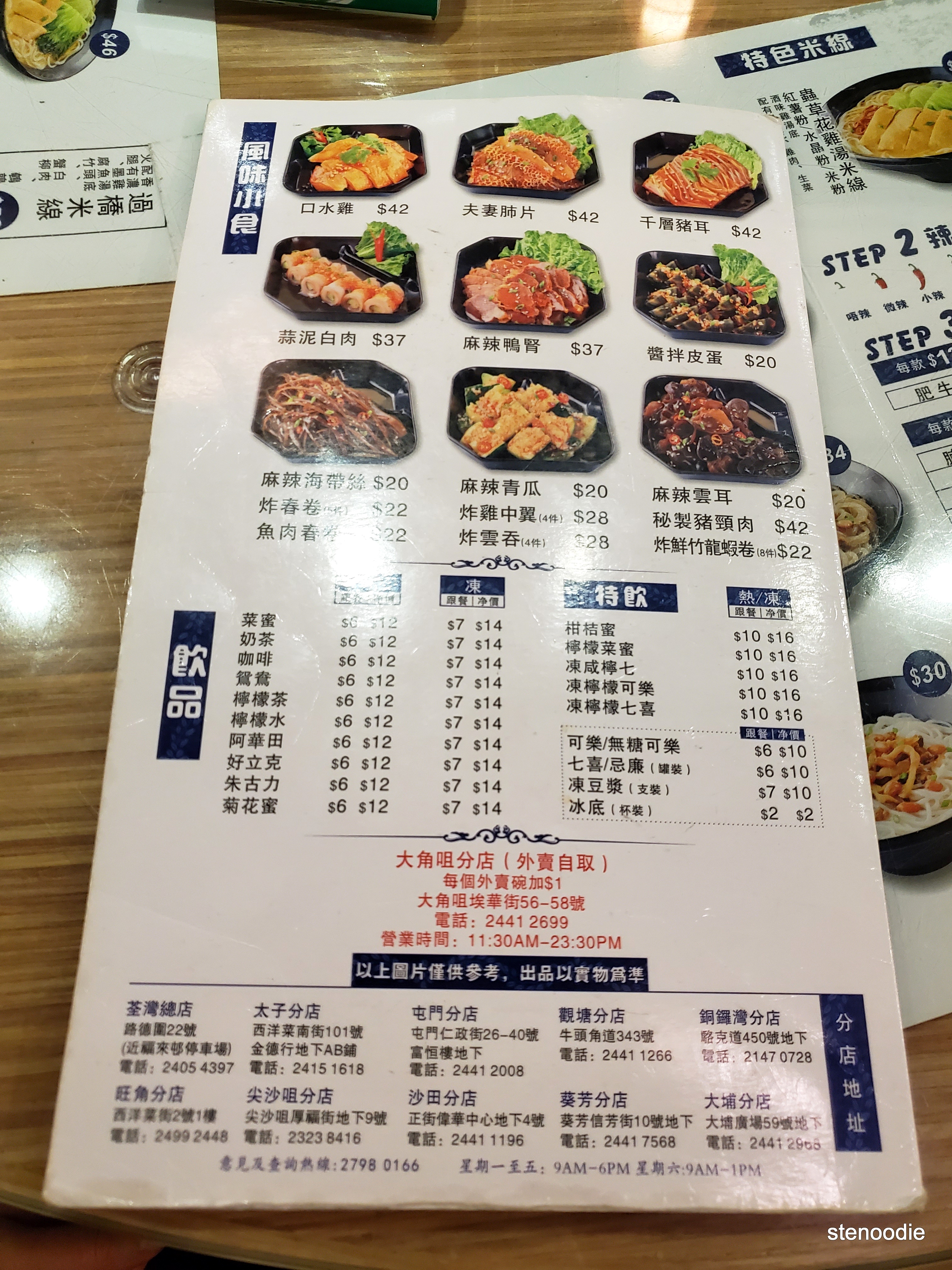 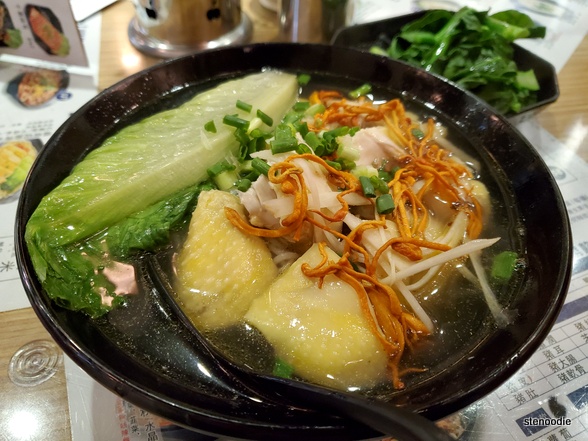 I ordered the 蟲草雞米線 (caterpillar fungus with chicken) rice noodle.  It was one of the more expensive items on the menu at 46 HKD than compared with the other rice noodles at 27 to 34 HKD.  The soup was so clear and simple and the rice noodles were a bit chewy and soft, which I enjoyed.  The caterpillar fungus was chewy and thin.  The chicken that was in the bowl was all chicken breast, which I wasn’t impressed with — it was so rough to chew through.  The photo of this dish in the menu showed mostly chicken thigh meat.  This was definitely a mischaracterization of the dish.

It’s a big bowl of noodles and very filling. 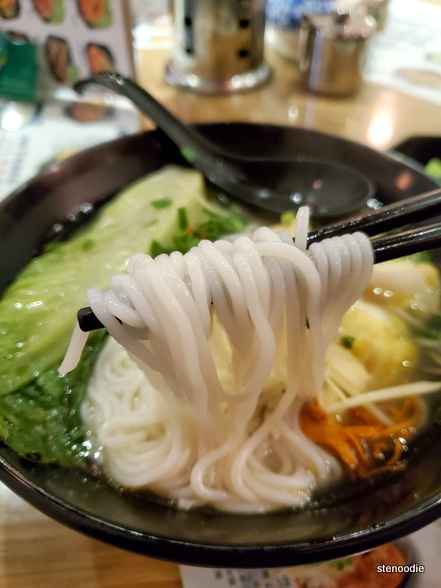 My mom ordered the 小鍋紅著粉 which had potato rice noodles with 魚腐 (fish tofu) and 小辣 (minimal spice level).  Hers had a lot more ingredients than mine like black fungus and pork.  I tried a piece of the fish tofu and it was good.  It was flatter than the ones I’ve had before. 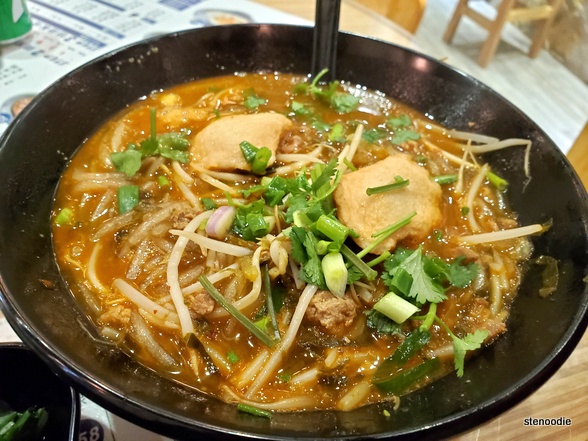 We also had a plate of steamed vegetables (油菜), of the gai lan variety (芥蘭). 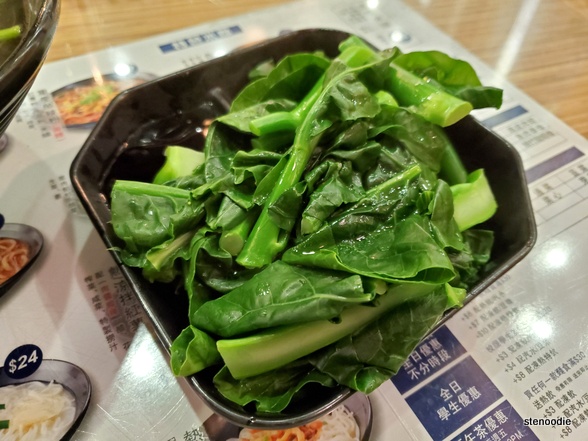 The food arrived super quickly to our table.  The lone server took our orders and within five minutes, our steaming bowls of noodles were already on their table. 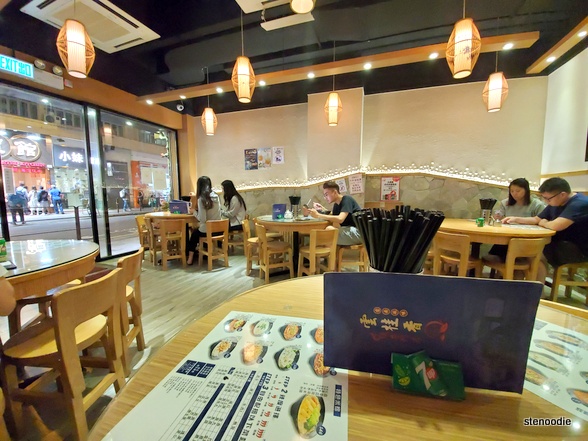 The restaurant had five large wooden tables with stools at each one in the open concept dining room.  You’re expected to share your table with others.  Although we were one of the first and only ones inside the restaurant, the restaurant quickly filled up with clients during the mid-point of our stay.  Lots of communal sitting is involved here.

I watched as one mother and son group arrived and sat at our table.  It was so sad when they thought they had placed their order but in fact the server had forgotten to submit it to the kitchen.  They sat there waiting for at least 20 minutes playing on their phones before the mother finally asked the server where their order was.  The server was so apologetic when she realized that indeed their order wasn’t even submitted.  Upon rectifying the mistake, their orders were newly submitted and arrived on the table in less than five minutes.  The server told them she actually thought they were done eating already since they were just sitting there XD. 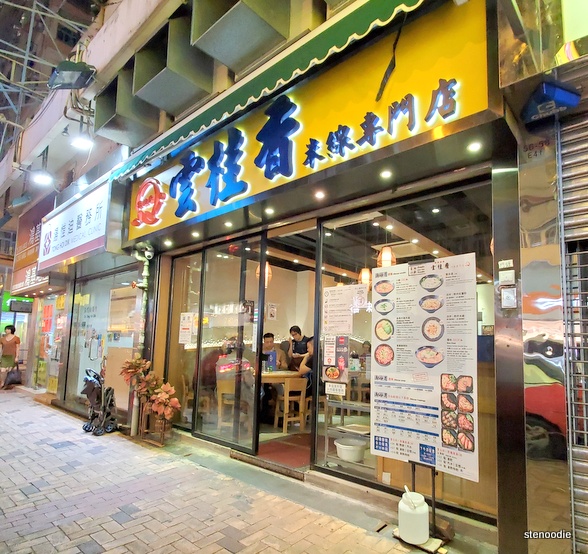 Despite this mishap that I saw in front of my eyes, I still believe the service was really still good and attentive.  The food orders were otherwise taken quickly and food served quickly.  The turnover was quick.  There were also lots of take-out orders too.