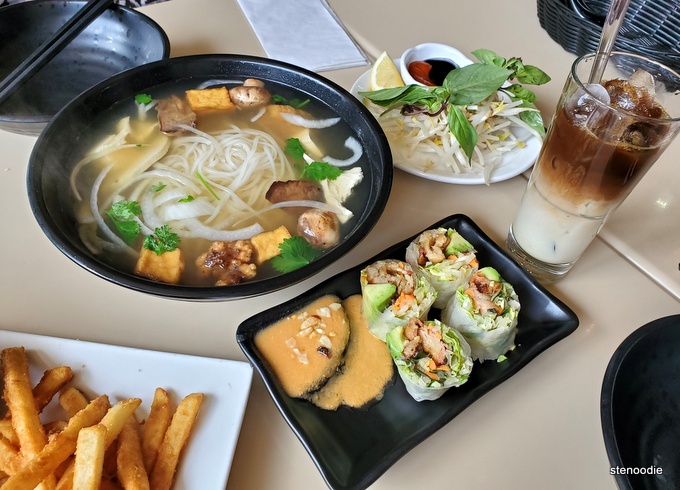 May 10, 2022:  After our visit to the AGO, we decided upon Saigon Lotus for some Vietnamese food.  I was captivated by their online menu and low prices but didn’t realize until we were inside the restaurant that they are strictly vegan!  It wasn’t a big deal though because we enjoy vegan food and it turned out to be a great find (gem in the city).  They are highly rated too.

Saigon Lotus is located at 6 St Andrew Street in downtown Toronto near Chinatown and Kensington Market.  It’s located up a small set of stairs and the interior is so wonderfully decorated with greenery, a faux blue sky ceiling with birds, Buddha figures, and soft music.  It felt so zen in there and I don’t think I’ve ever been to a restaurant where I felt so calm and peaceful.  The music gave me vibes like I was in a spa.  They didn’t have a paper menu but a QR code for you to scan your smartphone to see their online menu (which is on their website) 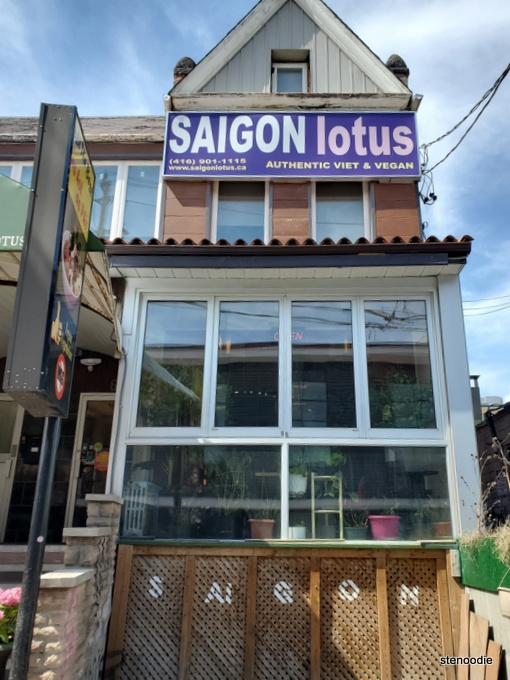 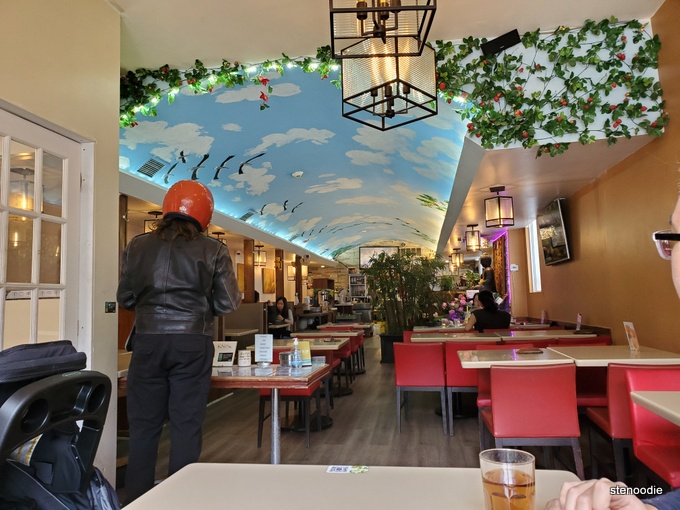 We only ordered a few things to try as we decided to go to another restaurant after this.  We ordered the BBQ Vegan Meat and Avocado Salad Roll, Vegan Meat Pho (I actually wanted to get the BBQ Noodle Soup because it had vegan shrimp and vegan squid, but this was unavailable), and the Banh Mi Combo.

The BBQ Vegan Meat and Avocado Salad Roll was so fresh and crunchy with an accompanying tasty tangy Miso Peanut sauce.  The vegan meat was not too noticeable in the roll because of the other crunchy elements. 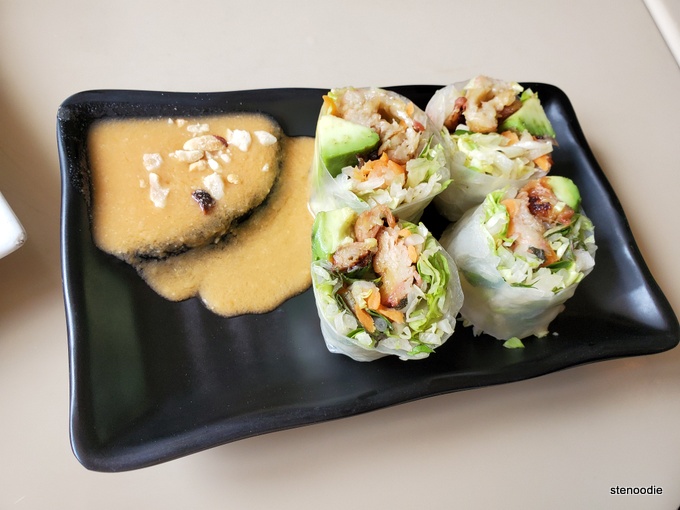 The Vegan Meat Pho was a steaming hot bowl of pho with seitan, tofu, fried enoki mushroom ball, grilled mushroom, onion, and coriander in a ginger flavour broth.  I liked the thin pho noodles in the clear and fragrant soup that tasted a bit sweet.  The seitan and tofu items were great as well. 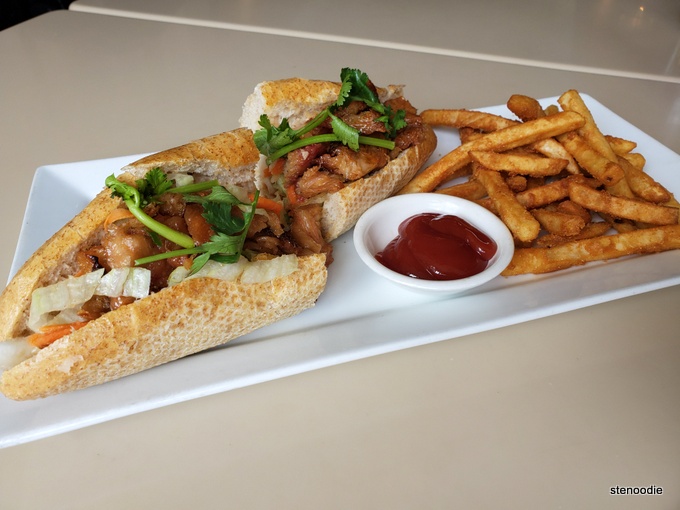 The Banh Mi Combo was a great deal.  It was a BBQ vegan meat in a house-made baguette with lettuce, cucumber, pickle carrot, pickle daikon, onion, coriander, and hoisin sauce served with French fries and vegan Viet coffee.  The French fries were extremely crispy and delicious!  I could have eaten all of this easily.  (Their menu also had a vegan butter chicken on top of fries, which I think would have been so good if these were the crispy fries.)  The Viet coffee alone is $6 on the menu so this $12 menu was a steal.  I didn’t try the coffee but smelled it; smelled so rich and aromatic!

Other notable items included vegan bun bo hue, rice plates with vegan chicken.  I actually didn’t realize that DH had chosen the banh mi with BBQ vegan meat.  The salad roll already had that.  We could have tried the crispy vegan chicken banh mi instead.  Ah, well.

The servers were nice there, and the food arrived moderately fast.  I noticed that they have a lot of take-out orders too.