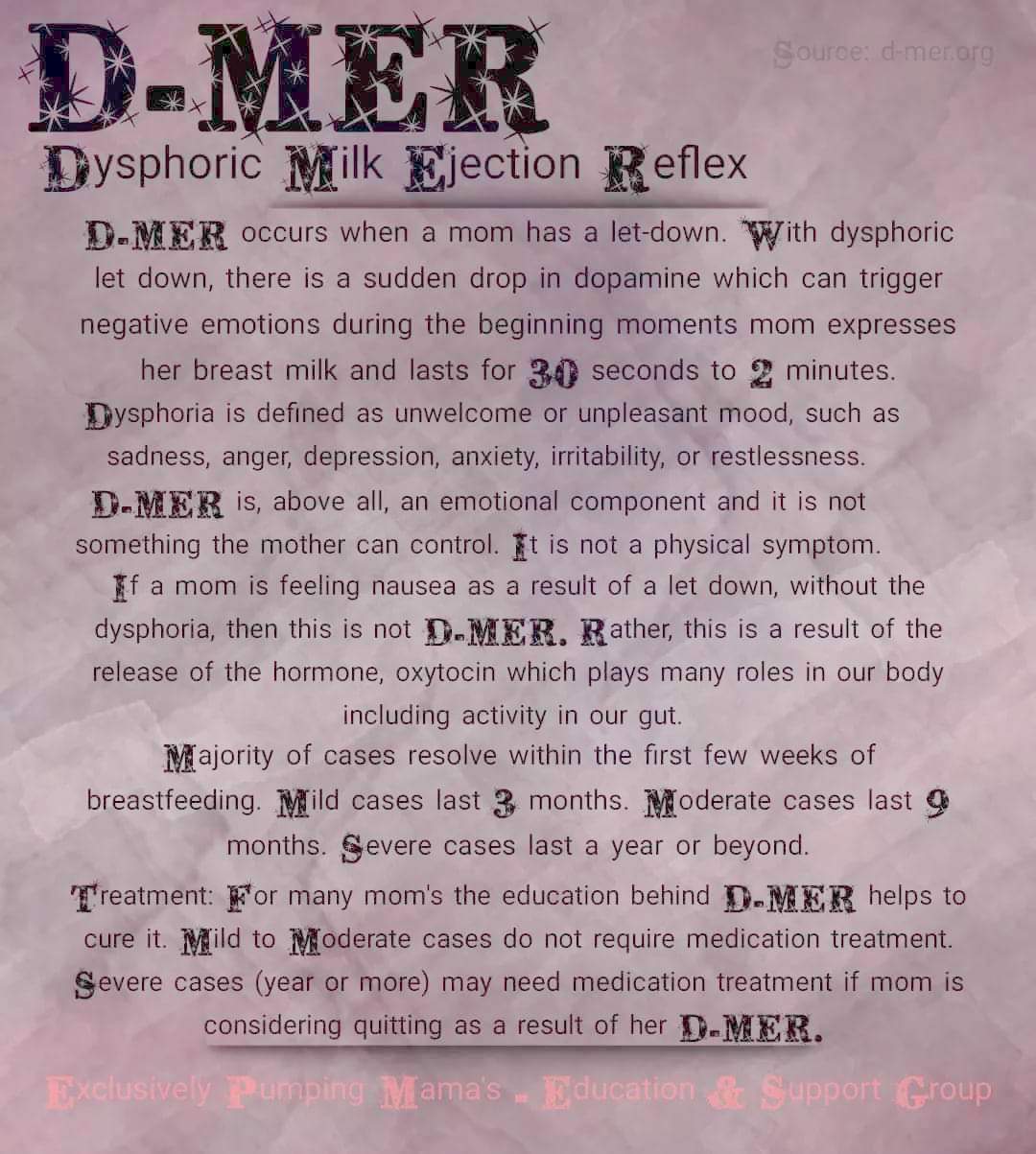 “D-MER is a ‘glitch’ in the milk ejection reflex—the mechanism that allows breast milk to flow—and can cause negative emotions for anywhere from 30 seconds to two minutes at milk letdown.”

“In order to make breast milk, dopamine (a hormone and neurotransmitter in the brain linked to feeling pleasure) levels must fall for prolactin (the hormone that helps women produce milk) levels to rise. But with D-MER, scientists believe too steep of a drop in dopamine during milk letdown leads to a chemical imbalance that triggers D-MER.”

“D-MER is not experienced the same way by all moms; it’s defined on a spectrum of mild, moderate and severe, and is classified into three groups: despondency D-MER, anxiety D-MER and agitation D-MER.”

“Unlike postpartum depression or anxiety, D-MER is physiological, not psychological, meaning it’s your body’s physical response to a chemical change in the brain rather than a condition that affects your mental health.”

I'm a stenographer, foodie, avid traveller, and new mom who loves to share her experiences with the world.
View all posts by stenoodie →
This entry was posted in Motherhood and tagged DMER breastfeeding, feelings of wanting to die when pumping breastmilk. Bookmark the permalink.