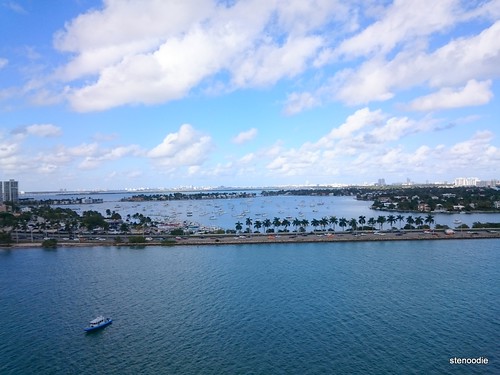 Coming back from a 7-day cruise and recounting the amount of food that we ate is ridiculous!  So I’m only going to write about the dinner meals that we had from each night.

On this first night, we gathered at the Gold Pearl Restaurant on the lower level for the 6:00 p.m. dining time.  There were a lot of us and many of us actually didn’t get to sit together like we expected to dine together.  Instead, we were sitting with other GenYTO team members.  We got to learn new names and get to interact with successful partners who have been growing the business for many years.  It was pretty cool! 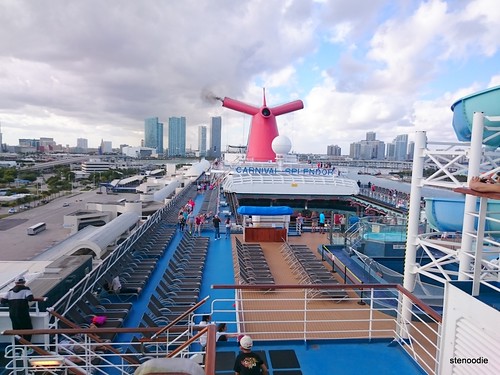 About to depart Port of Miami

Fine dining on a cruise ship means that you get an unlimited number of food choices from their prix fixe menu.  It’s sort of like eating at a Winterlicious or Summerlicious restaurant every single night for seven nights.  It’s super fancy!  Remember, this was my second cruise so I had previously been exposed to fine dining from the Ruby Princess cruise trip that I was on last year.

I have to say that I was a little disappointed with the food quality and service that we had on this first night.  We were seated in a table of ten and that meant that there was no personalization from the server in getting to know us and serving us.  It meant more so that the servers were taking orders and serving everything out in plates and trays that seemed very rushed.

First all, here’s the food that I had to start off:

For the appetizers, I really wanted something fried and this chicken tender appetizer seemed to fit the bill.  It was nothing too fancy though.  Look at the presentation.  The chicken was very fried to a crisp and the inside was a bit rough.  It was a good chick tender, but not amazing. 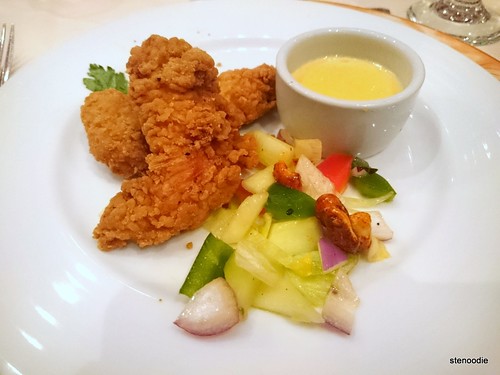 This cured salmon and candied tomato seemed like it should be amazing, but it was also very lackluster.  I was starting to believe that the food was not going to be that great… The salmon was flavourless and not cured in much flavour. 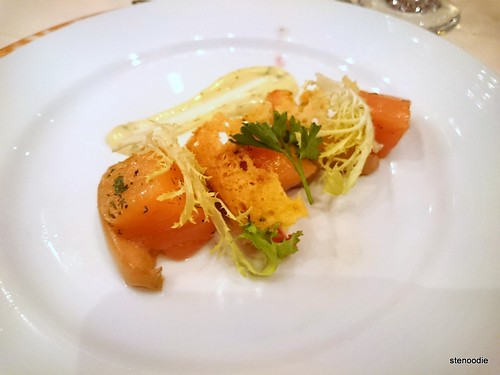 Entree:  Sweet and sour shrimp with rice!  Blah!  This wasn’t good at all.  To repeat what I said to many others who asked what I thought about the shrimp, basically, it was a teeny tiny shrimp fried in lots of batter that was three times what the size of the shrimp was and it was a little cold too.  So in your mouth, you had not only a tiny shrimp but an HUGE piece of batter around it.  It was very yucky but I managed to finish my plate because I dislike wasting food.  For this reason, you can see also why I didn’t order that many plates of food.  In comparison to last year’s cruise, this year was more like a regular meal than actually taking in the quality of the food. 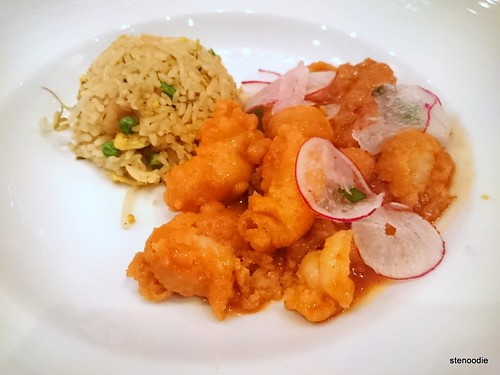 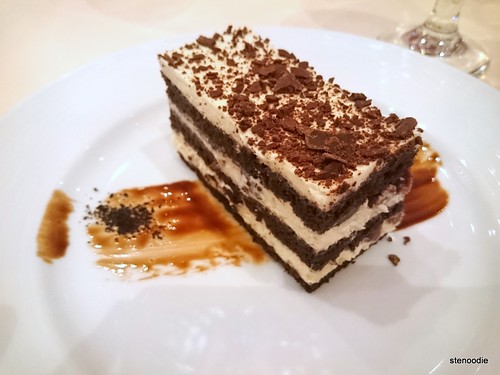 I remember being so disappointed that first night for dinner.  More entries to come about the food from the cruise. 🙂

I'm a stenographer, foodie, avid traveller, and new mom who loves to share her experiences with the world.
View all posts by stenoodie →
This entry was posted in Food, Travel and tagged Carnival Splendor, cruise ship, dinner, trip, vacation, West Caribbean, what am I going to eat. Bookmark the permalink.