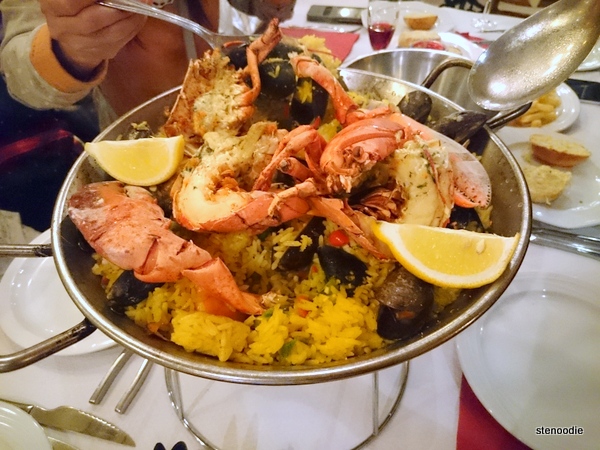 After we saw the infamous peeing boy statue, Mannekin Pis, we went for lunch.  Belgium is well known for their mussels and fries combo, so we walked into an alley that was full of seafood restaurants and picked Le Calalou to try.

The only server there standing in front of the restaurant was enthusiastic and lured us in with bribes of free drinks and free wifi.  Without knowing which restaurant was truly good (no wifi or time to check at that moment), we walked in. 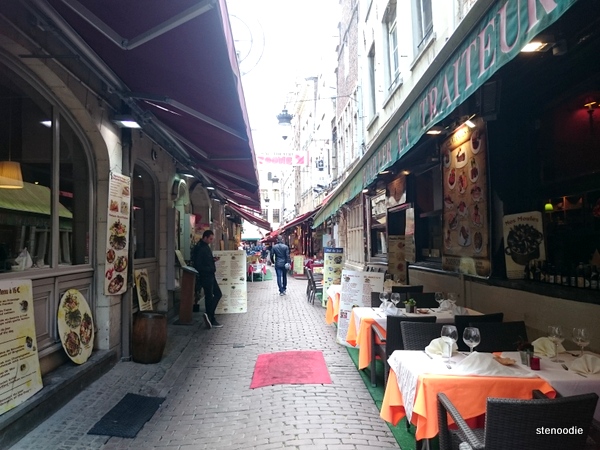 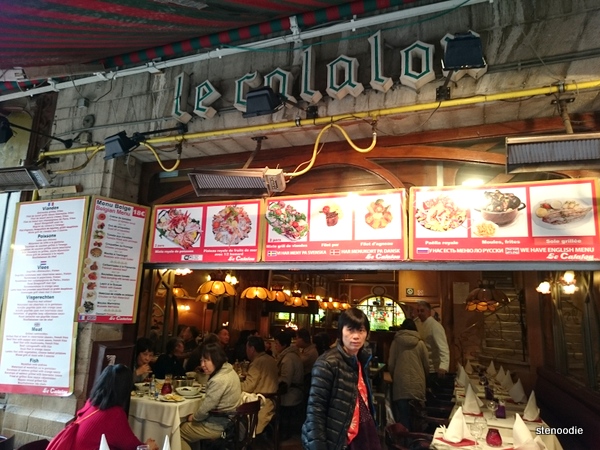 Le Calalou restaurant. There was another group of Chinese tourists in there too when we first arrived

For sure, we did get a free round of sangria but the wifi was obtained by the city, free public wifi, instead of getting the password to log into the restaurant wifi. 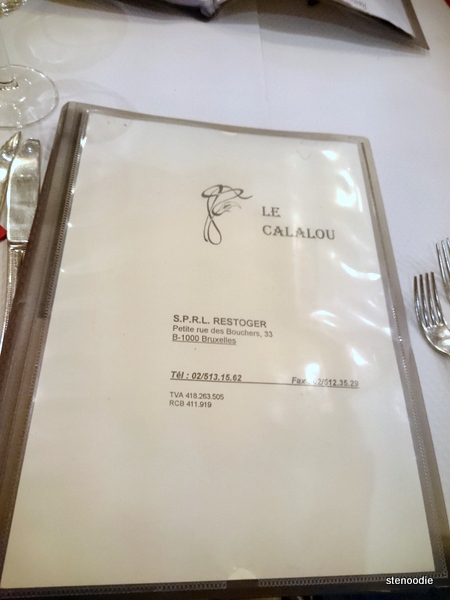 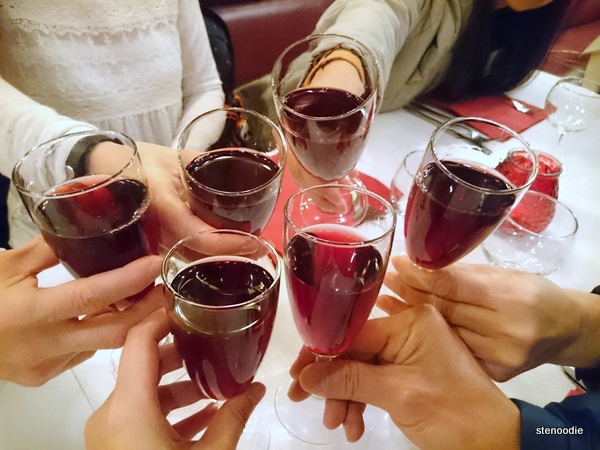 The promised free sangria for us to enjoy

We ordered two servings of the mussels in white wine sauce and one portion of the paella (cost of two portions though).  The overly enthusiastic server kept asking us if we wanted any garlic bread so we complied. 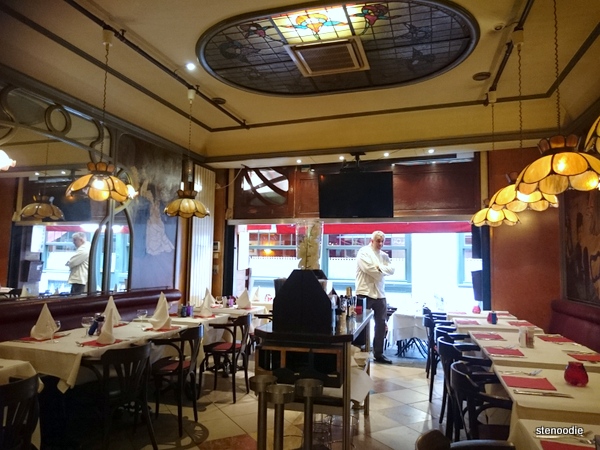 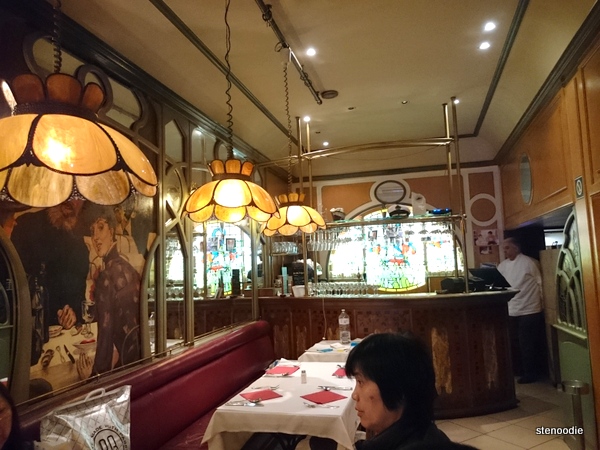 It was a really nice restaurant 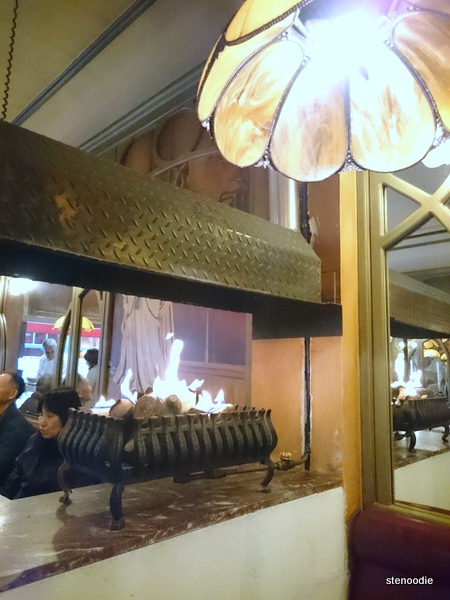 There was a live open fireplace right next to us too

Since we were already short on time, it felt like a long time while waiting for our food to arrive.  It took about 10-15 minutes for it to arrive — super valuable time that could have been better spent when you are a tourist on a tight group tour schedule.

In any case, we received the garlic bread first (not shown on the menu but turned out to be €3 a plate of three pieces per person).  The bread was super crunchy and the melted cheese on top was good. 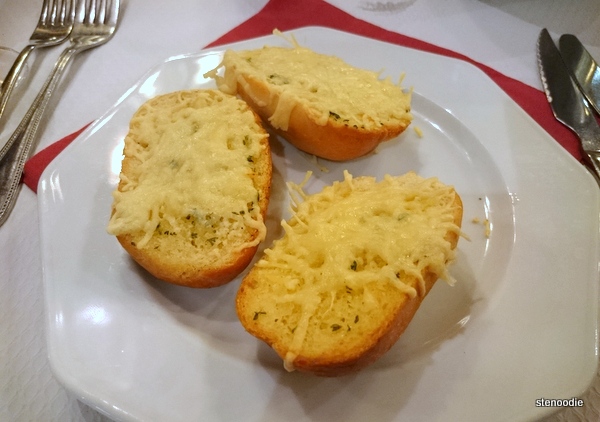 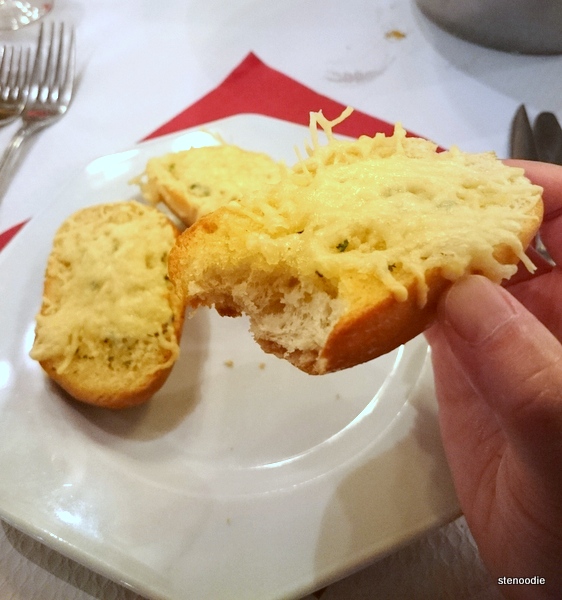 After 10-15 minutes of waiting, our food arrived.  Big portions of paella and mussels in white wine sauce.  Yum!!

(The sangria was pretty good and you could detect the alcohol content in it too). 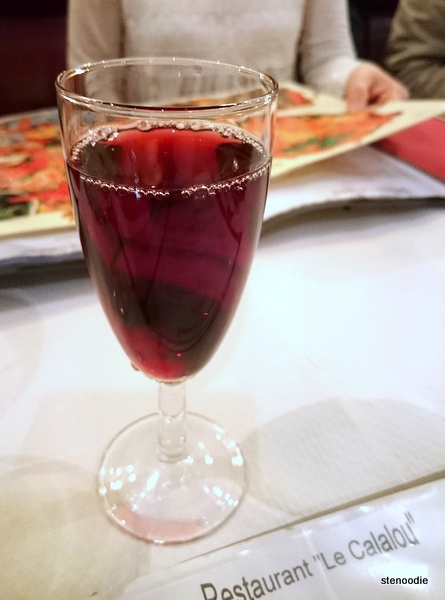 Sangria provided to us free of charge

The “Moules Vin Blanc” mussels were intact in their shells and the white wine sauce was strong and infused with white wine.  I loved it! 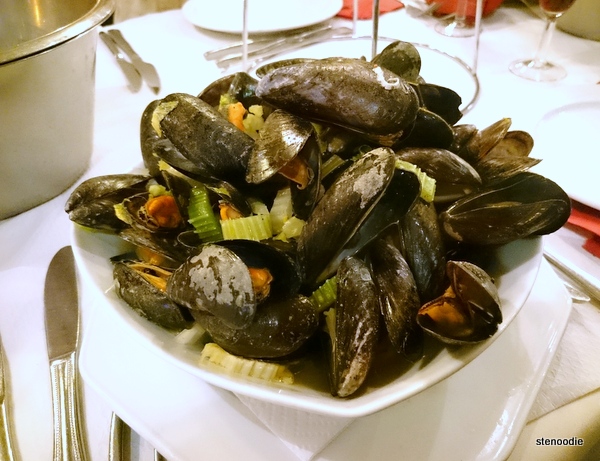 The plate of fries that came with the mussels was nothing special but when you dipped the fries into the sauce to eat, it was very good. 🙂 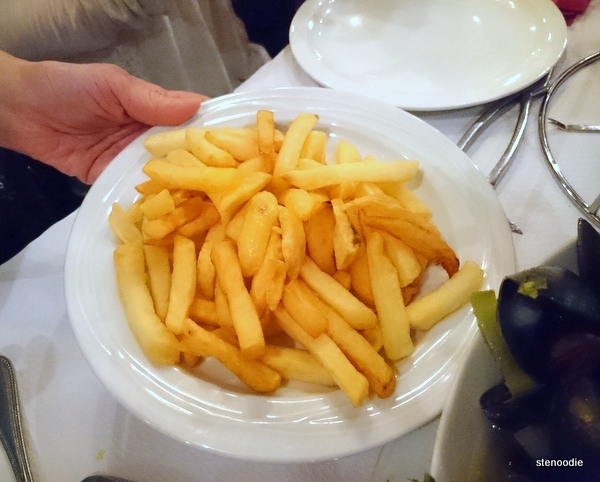 The “Royal Paella with Seafood and 1/2 Lobster” contained Spanish rice, lobster, mussels, shrimp, and chicken.  The chicken was most impressive because it was so juicy and tender; not overcooked at all.  The shrimp was so fresh.  If the lobster was just as juicy and tender as the chicken was, it would have been even better!  But overall, it was a really solid paella dish! 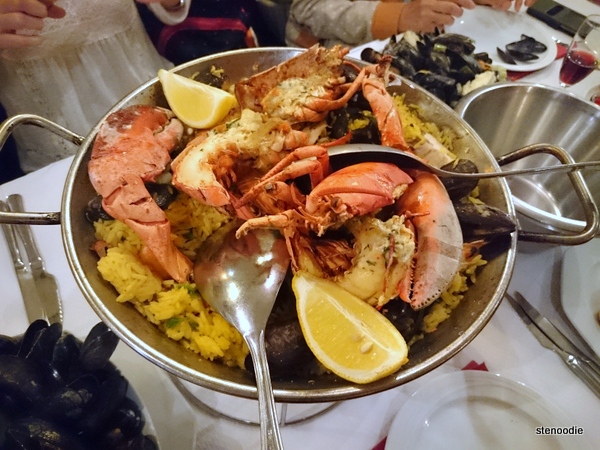 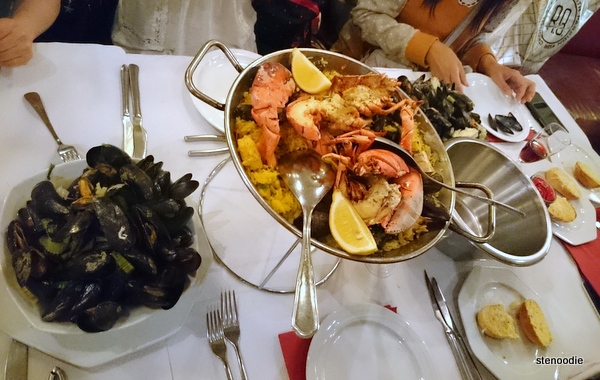 The server (probably the owner) showed me a lot of affection and wouldn’t let me leave without a hug.  After the hug, he requested a kiss from me on his cheek too…. Uh, no thanks.  He was so persistent so in the end I gave an air kiss to him before leaving quickly. -_- 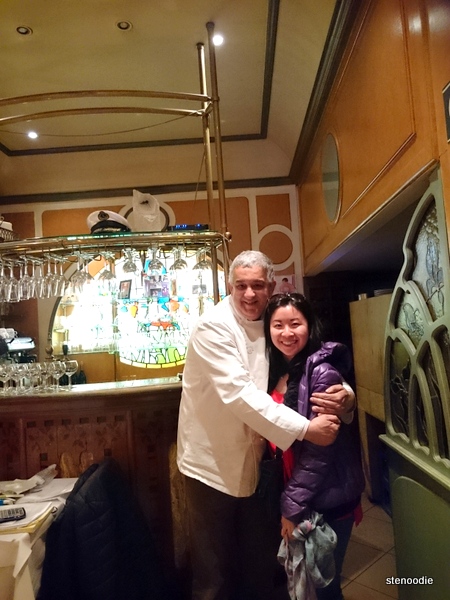 Forced photo with the owner.. 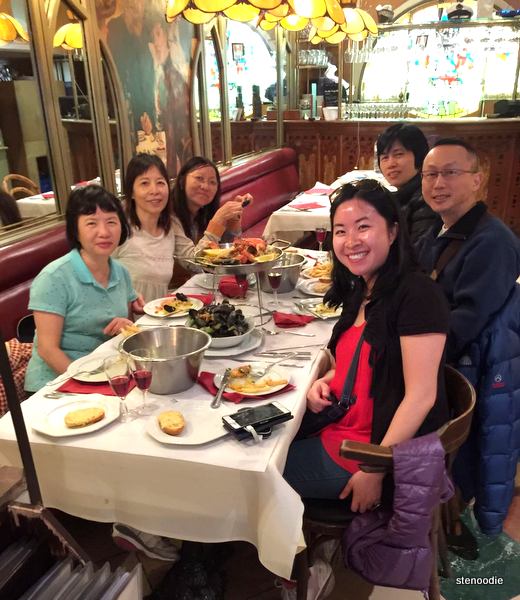 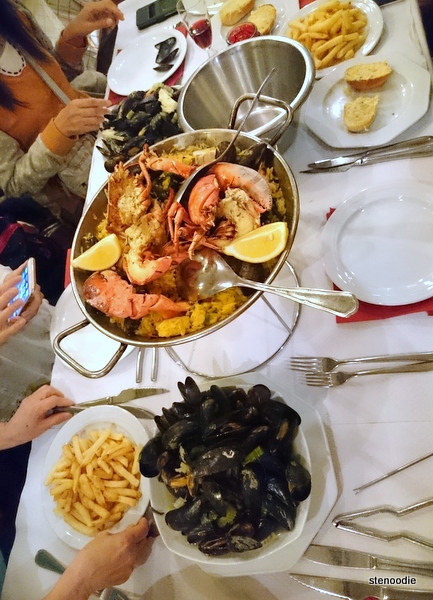 We ate quickly and then met up at 3 p.m. to return back on the bus.  Before that, I quickly dashed into the nearest cafe that sold waffles to get one for myself to try.  How can I go to Belgium without trying their famous waffles?  … (stay tuned for blog post on the waffles 😉 )

(In hindsight, Le Calalou was a bit of a tourist trap — not the most authentic Belgium food perhaps but we didn’t know where else to go…  Also, while putting together this blog post, I realized that we had asked for just the “Seafood Paella” dish and not the one with lobster… the sneaky staff there gave us the lobster version instead which was €16 pricier 😡  ).