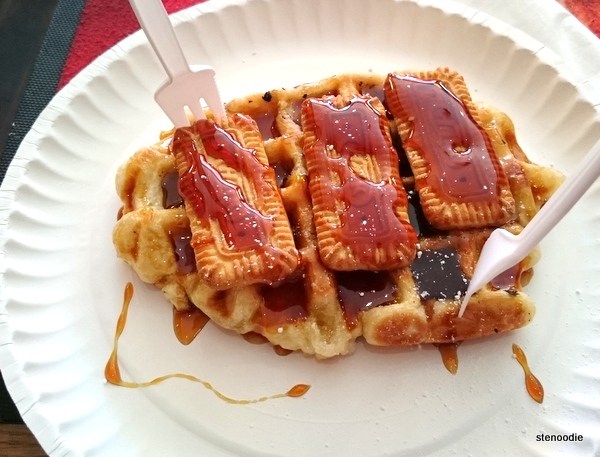 After a quick lunch at Le Calalou, just before boarding the tour bus to get on the road again, I spotted the nearest cafe which sold waffles to get one to try.  (There were actually so many waffle shops on the streets near Manneken Pis where the main tourist spots were but I didn’t grab one from there unfortunately.)  Thus, this little shop off of the main area had to do.  I just couldn’t leave Belgium without trying some famous Belgian waffles!

Ijsberg was a small shop that sold waffles and drinks.  There was one lady working behind the counter who asked me what I wanted.  I quickly took a look and pointed to the one that had caramel syrup and cookies on it.  It looked good and the photos I took really highlighted its uniqueness too.  I’d never had a waffle like this before! 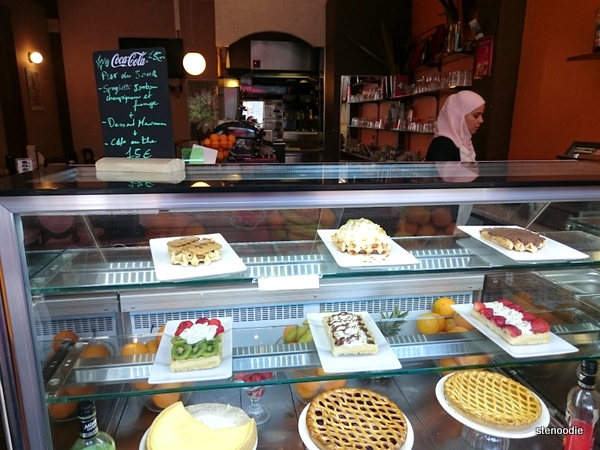 The inside of Ijsberg. There was also a section for dine-in 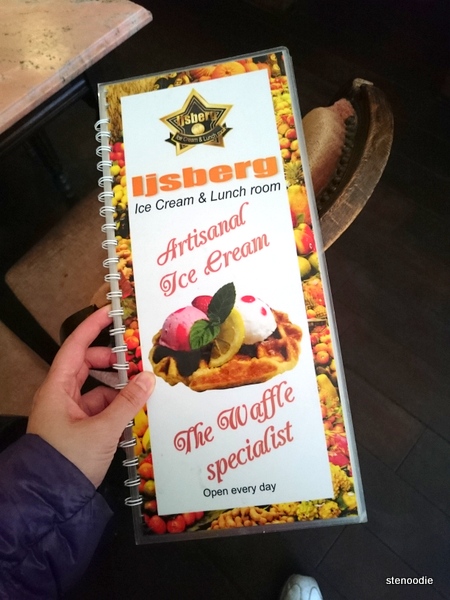 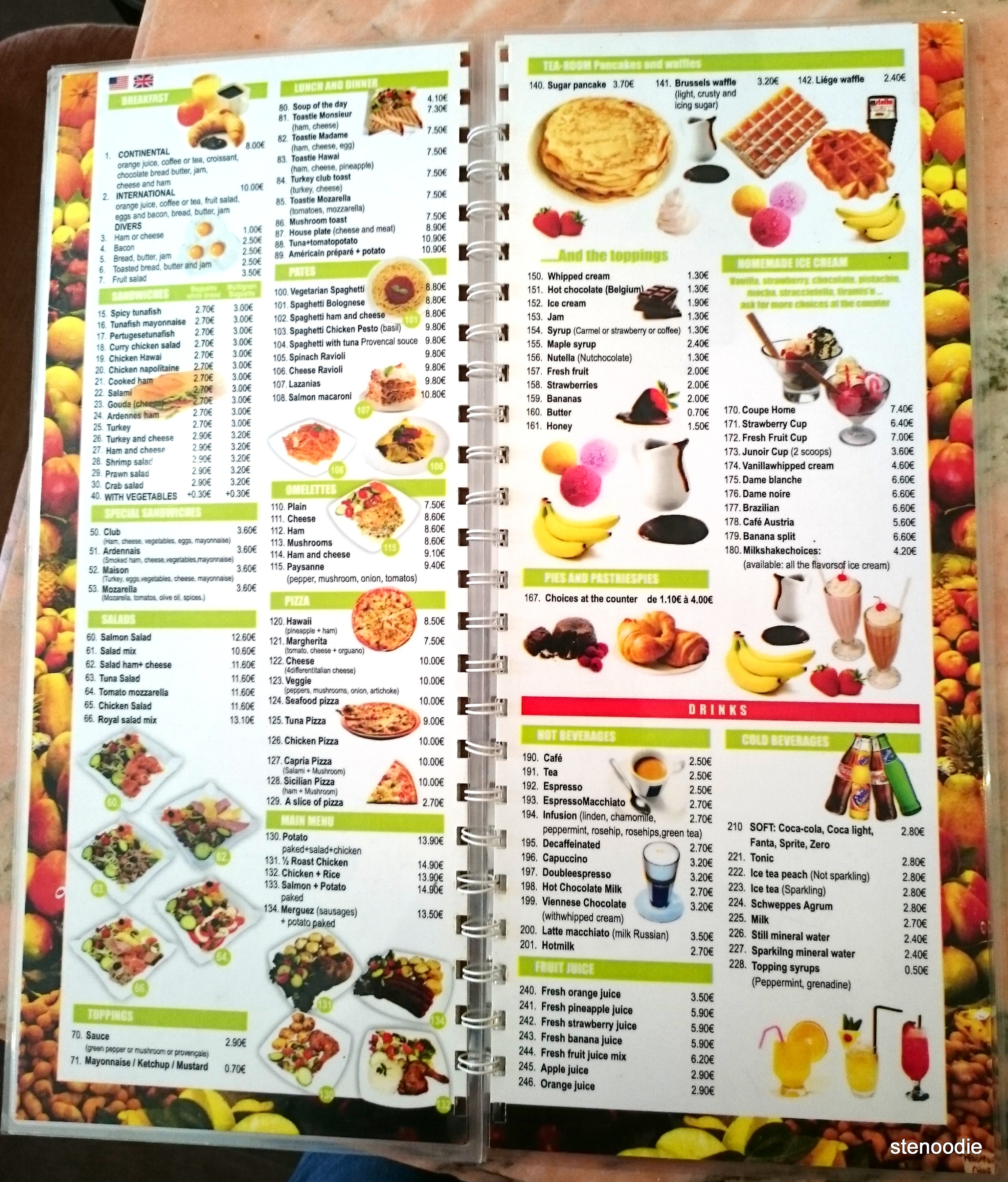 Their menu of what they serve 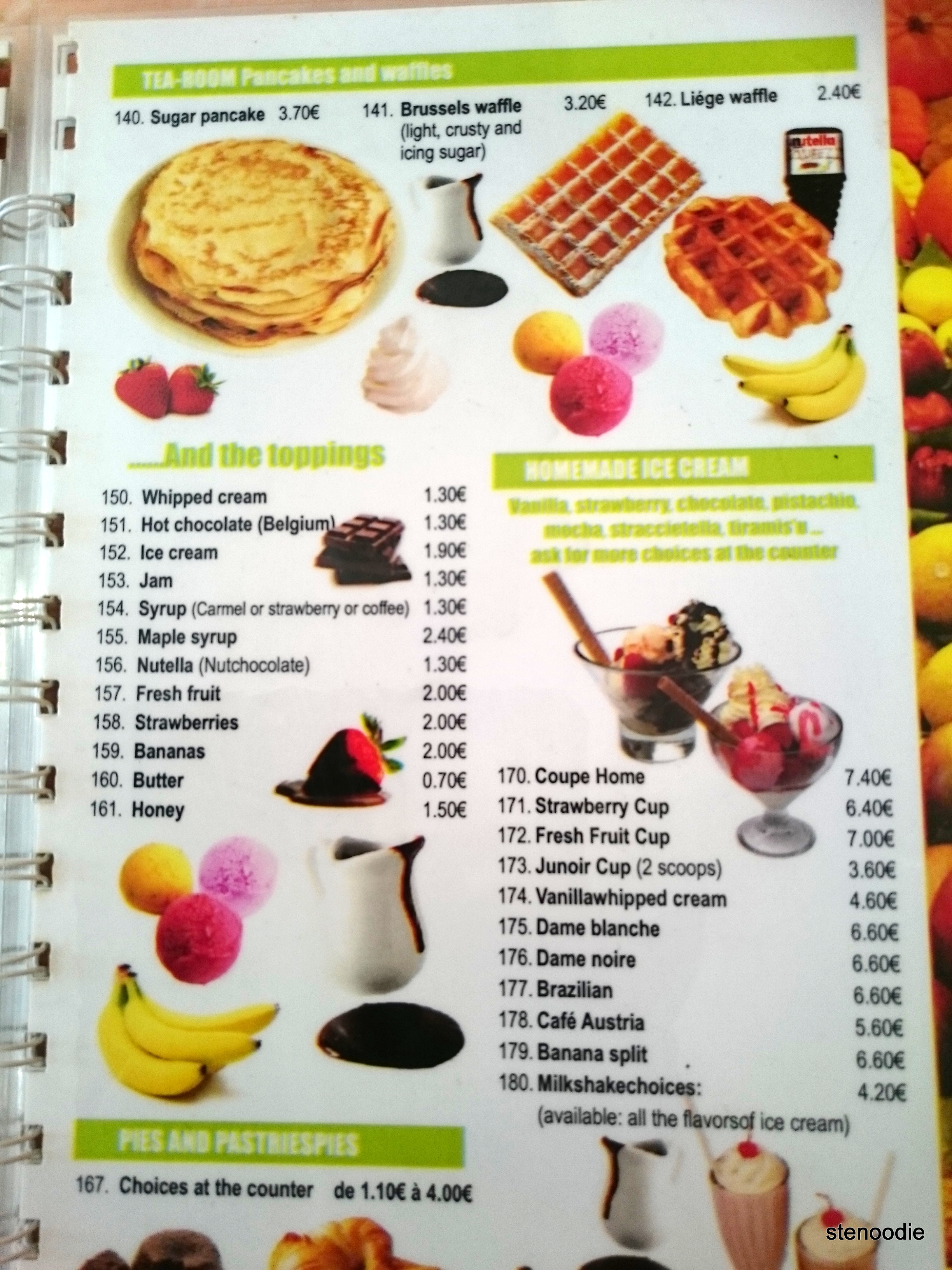 The waffles and ice cream section of the menu 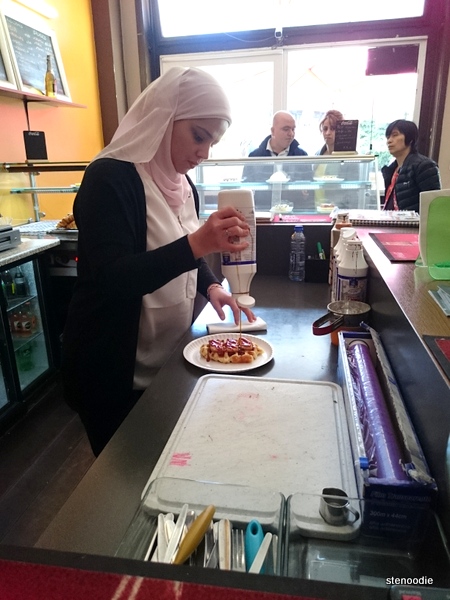 The only staff in the cafe. She made the waffles for me in about 3 minutes

The waffle itself was really soft which I really liked.  The biscuits were very crunchy.  However, the caramel syrup was a little much and made the entire thing overly sweet.  I was still really glad I got to try it though! 🙂 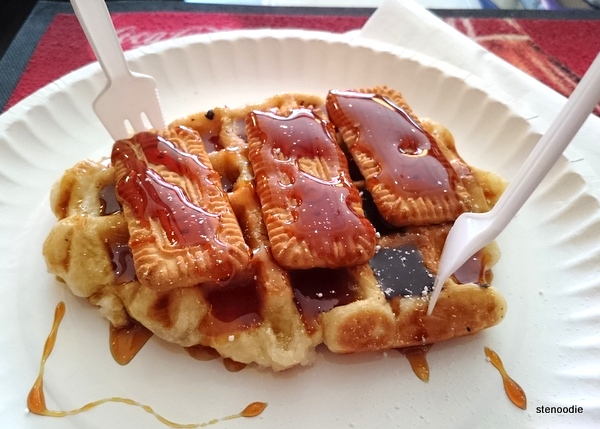 Waffles with caramel syrup and biscuits

When I posted this photo of the waffle on social media, one of my friends who had been to Belgium before recommended that I get the waffles with just plain chocolate next time as it’s a plain yet delicious choice.  Ah, I’ll have to wait for a next visit to Belgium perhaps then to try that. 🙂 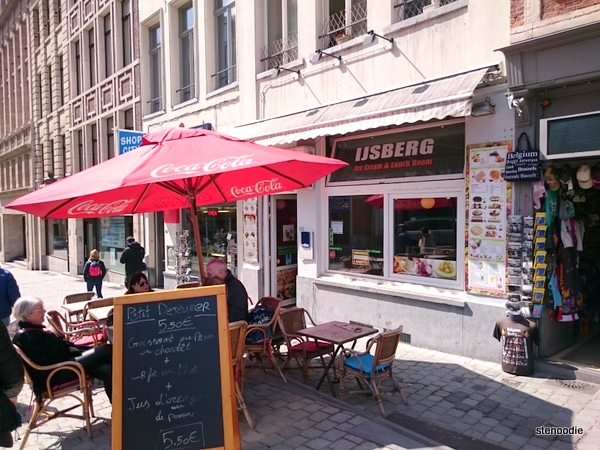 I'm a stenographer, foodie, avid traveller, and new mom who loves to share her experiences with the world.
View all posts by stenoodie →
This entry was posted in Food, Travel and tagged Belgian waffles with caramel and biscuits, Belgium, food blog, foodie, Ijsberg menu and prices, Ijsberg waffles, Rue de la Montagne 68 1000 Bruxelles, Waffle shops in Brussels, Waffles with caramel syrup and biscuits. Bookmark the permalink.