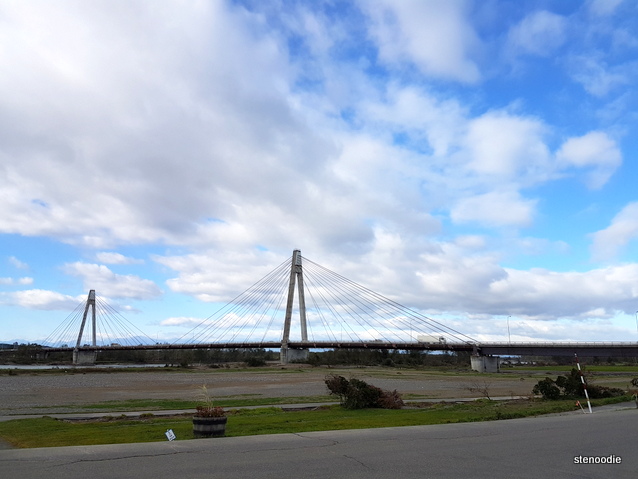 Today, before leaving Daiichi Hotel, we had a amazing spread of breakfast downstairs in a dining room next to the one we had the Kaiseki dinner last night.

I was so impressed with the variety and spread of food that was available.  There were so many selections of bread as well!  I tried to try a bit of everything from the continental breakfast. 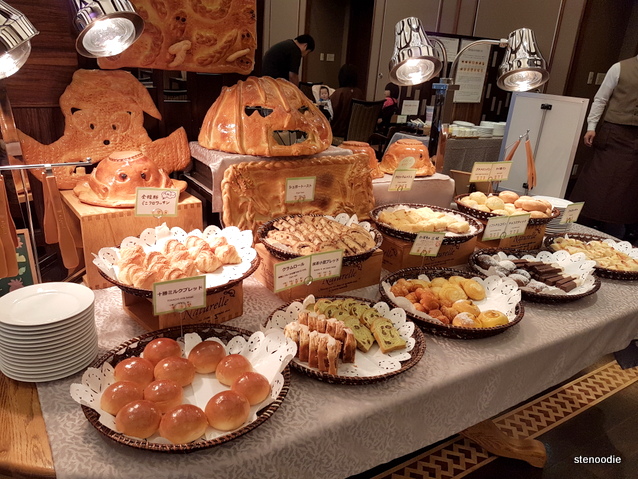 A glimpse of the continental breakfast at Daiichi Hotel 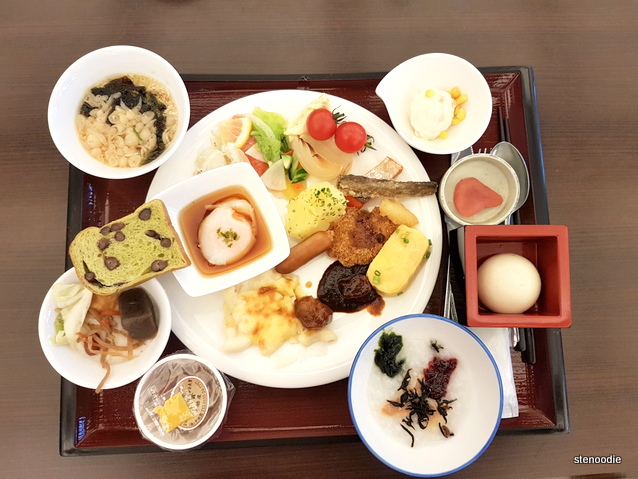 My plate of breakfast goodies 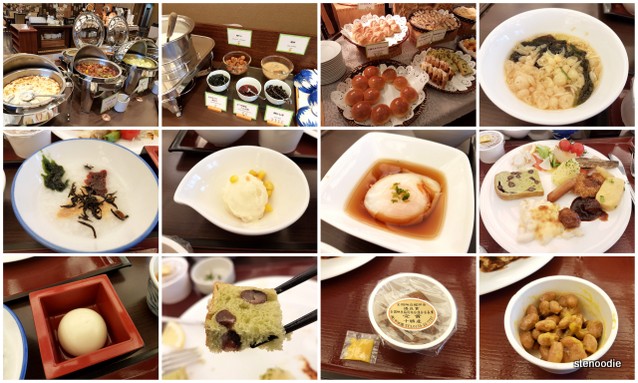 A more in-depth look at each dish at breakfast

When we got on the tour bus and left, the staff at the hotel were gracious enough to stand in a line to wave good-bye to us.  Curiously, there was also a film crew filming them as they did this.  We weren’t sure why they were being filmed.  Also, we waved back to them of course too. 🙂 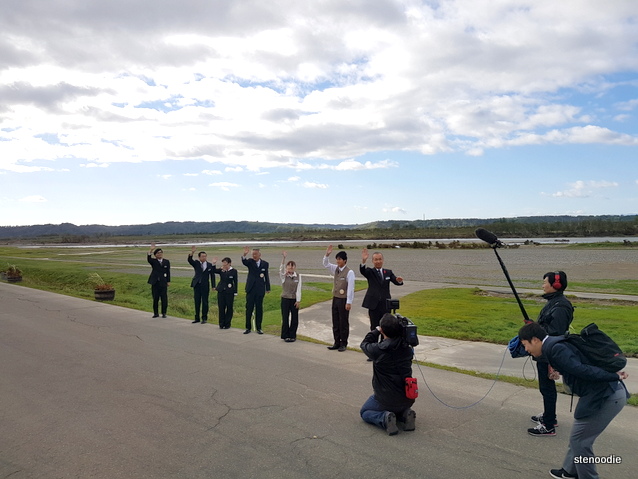 The staff waving good-bye to us at Daiichi Hotel

Our first stop of the day was to the miniature horse farm near the Tokachi Millennium Forest.  There were two miniature horses here and everyone took turns photographing with it.  I felt bad for it a bit because all day long, it was expected to take photos with tourists and be felt upon. 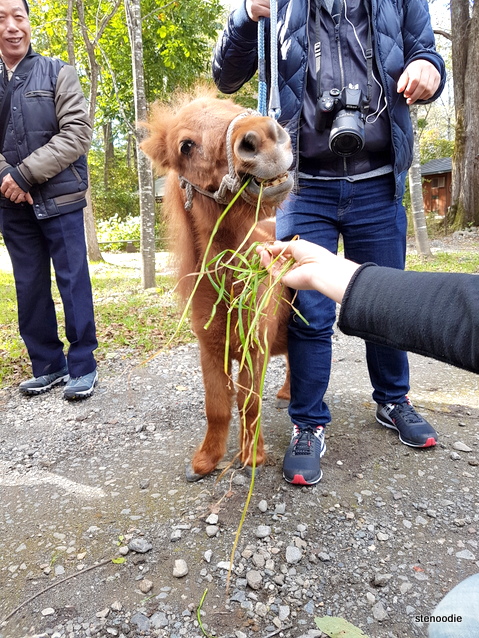 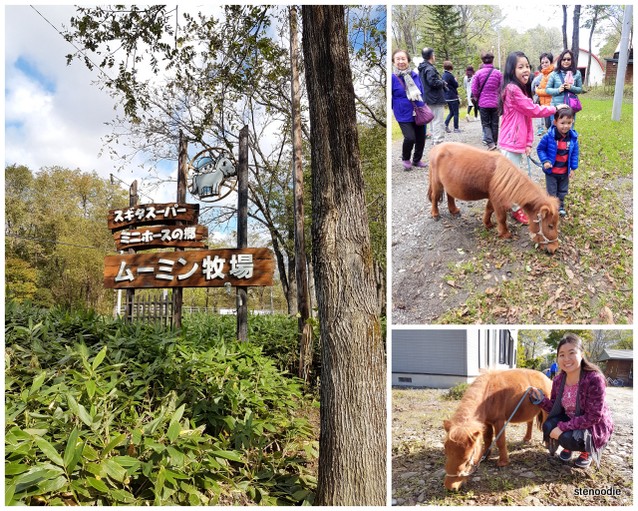 Very quickly, it was time for lunch.  I wasn’t even that hungry yet.  We had a buffet lunch at a hotel, Ana Hotel Sapporo.  The food here was quite average. 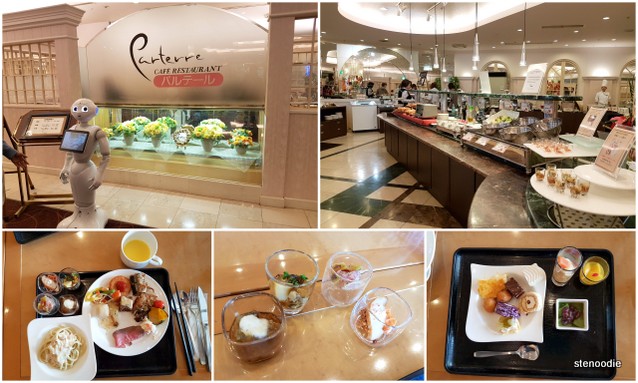 We visited the Sapporo Museum!  This was a really neat history trove about the beer’s story and a bar at the bottom of the restaurant in which we were allowed to order Sapporo from.  My relatives and I ordered one pint and shared it among several of us.  We just wanted to try it and it was a good idea! 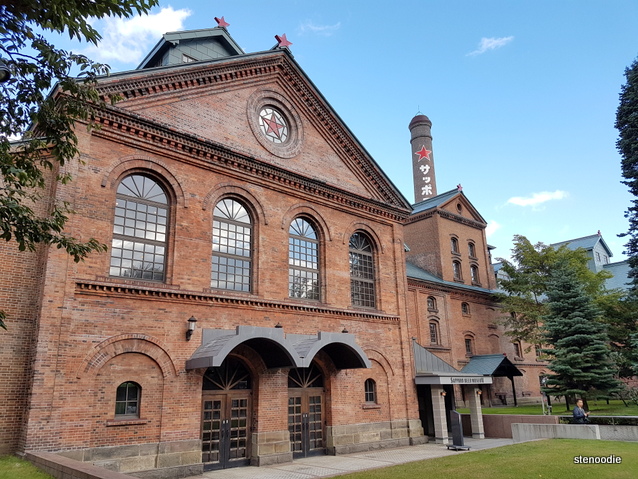 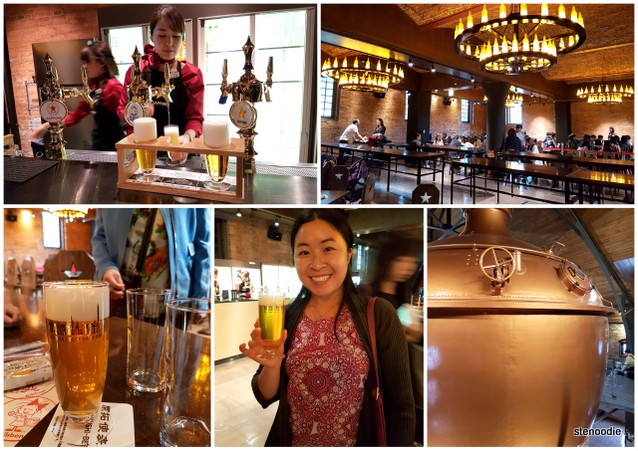 Trying out the Sapporo beer at the museum

After this, the tour guide was “nice” enough to lead us to a store whereby we could buy Japanese souvenirs of snacks, horse oil hair care, lavender pillows, and other items that were characteristic of Hokkaido. 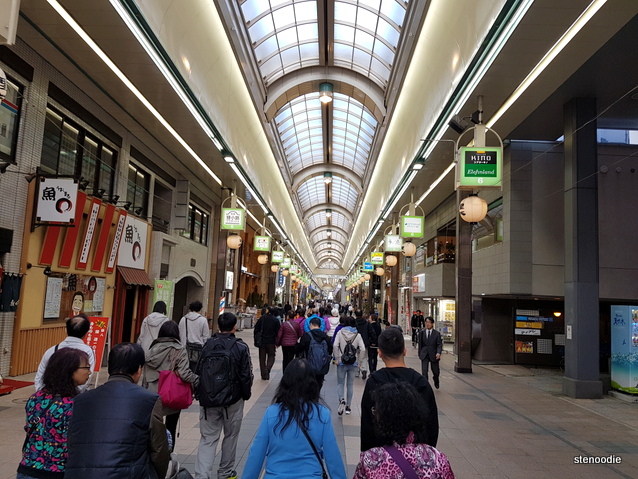 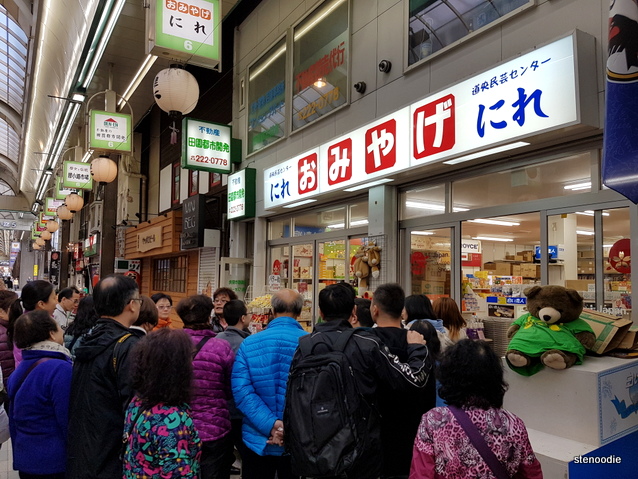 We had some time to walk around the city area of Saporro again and when we passed by a cafe called Doutor, I already knew I wanted to step inside and try one of their cakes.  I tried a matcha red bean crepe cake with my mom.  It was decent but unfortunately it seemed very dry — you can even see the cracks in the cake in the photo. 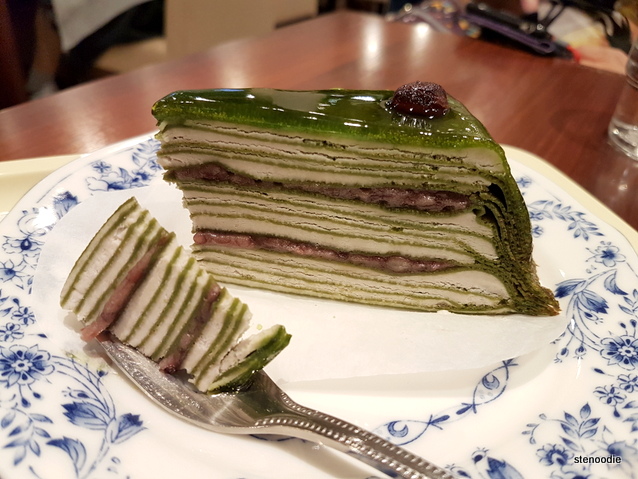 For dinner, we had a set meal upstairs on the 8th floor at a restaurant called Kaiteriou at Parco.  This was a very decent meal, but again, the food was kind of semi-warm when we got to eating it. 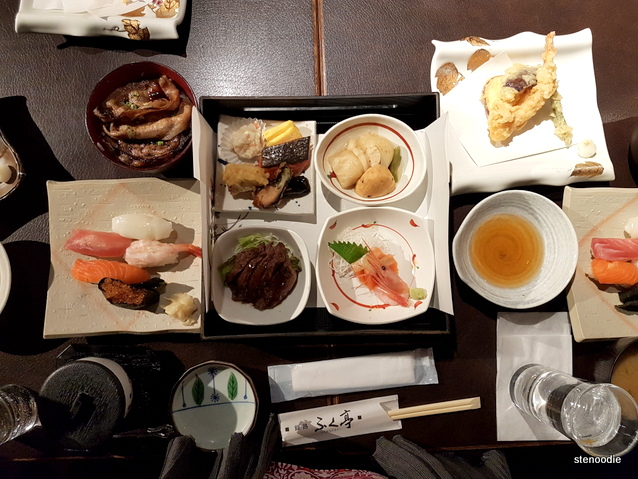 After the group dinner, we spent the last night in Saporro trying as many local restaurants as we could.  First of all, my cousin was brilliant enough to tell us about Mister Donut and their Pon de Ringu which were heaven!!  I had seen these donuts before in photos and thought they were just regular donuts but these were so soft, fluffy, and delicious!  It’s an absolute must-try! 😀 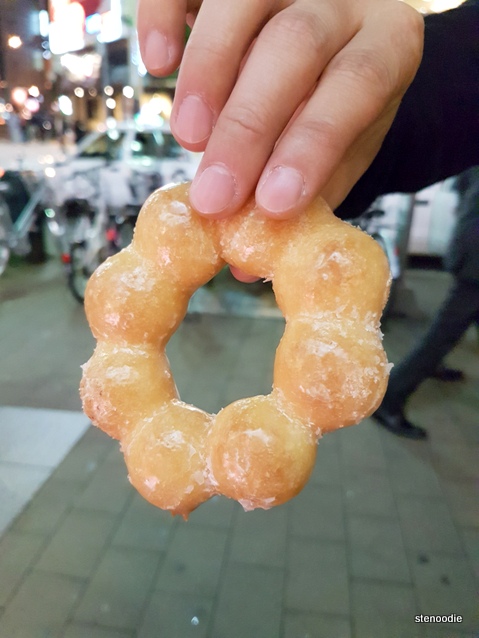 We went into McDonald’s to see what interesting items they would have.  They had a Halloween-themed poutine which included some orange sauce on top of fries.  Instead of trying that, we tried the Ebi Burger (shrimp burger) which was actually really delicious! 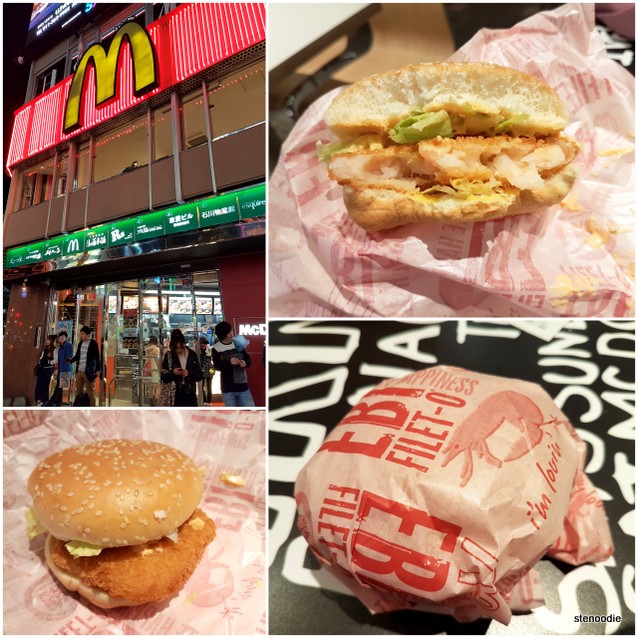 The tour guide had recommended this ramen house on the first night as a decent one, thus we went in to try.  It was a very Chinese-style ramen house and I don’t think it was authentic Japanese ramen.  However, the ramen and the gyoza were both decent. 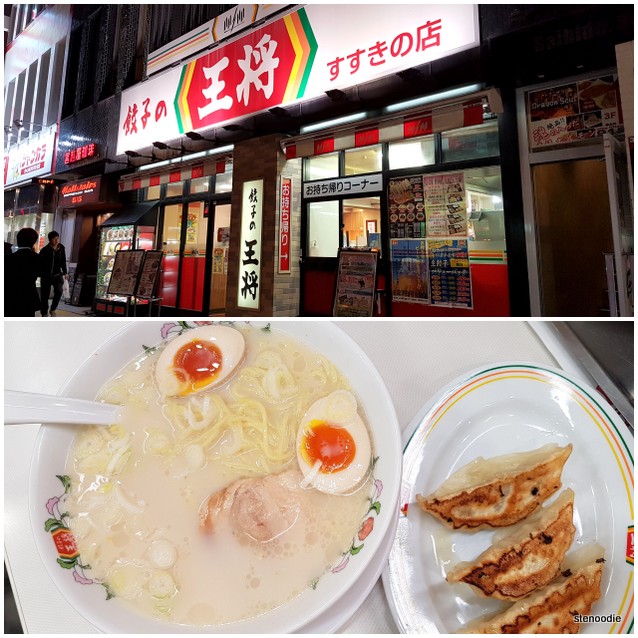 Alas, we were very tired and happily satisfied after all this and retreated back to the hotel.  Tomorrow is the last day of our trip in Hokkaido!