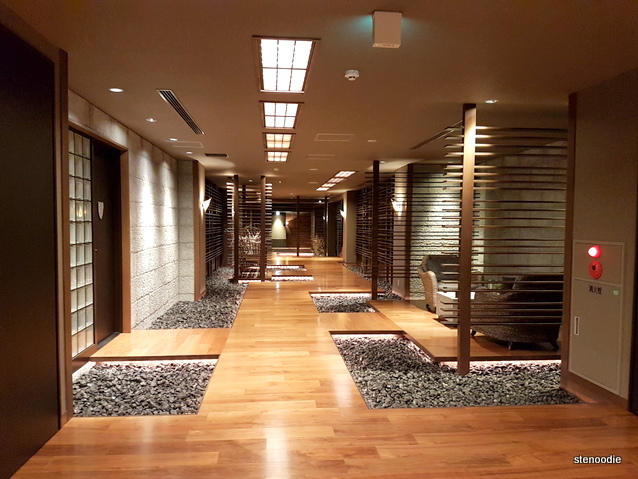 On this morning, I also selected the freshly made omelette that the stand-in chef was preparing for the guests.  This was a perfectly made mini omelette!  Japanese omelettes really do taste better! 😛 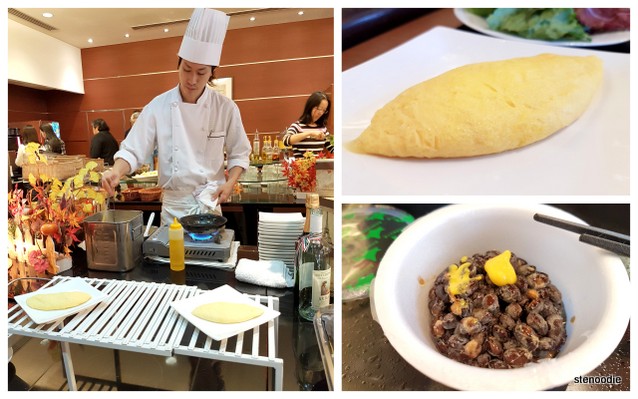 I also had the natto and the fresh seaweed as usual.  These are the Japanese go-to items in terms of breakfast! 😀 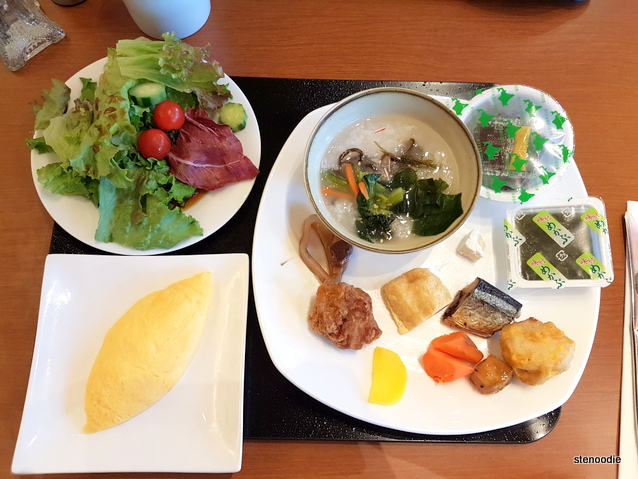 My breakfast selected from the continental breakfast

Our first stop of the day after breakfast was to the Snow Museum (Asahikawa) (雪の美術館).  The tour guide told us that Japan really likes to showcase certain things in different types of museums and this was certainly one of them.

Inside the Snow Museum, there was actually a long staircase that led us down to a fountain and then a hallway full of ice crystals!  To most Japanese people and those living in Asia, snow is a rare thing to behold; never mind some icicles!  Thus, the entire hallway was retrofitted with glass panes that showed real icicles dripping down majestically for visitors to take photos with.  It was indeed rather chilly in the hallway but it was quite visually appealing to see so many giant icicles in the middle of a building. 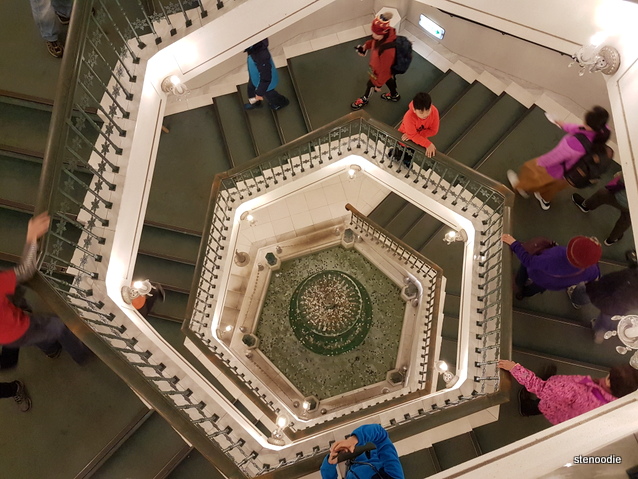 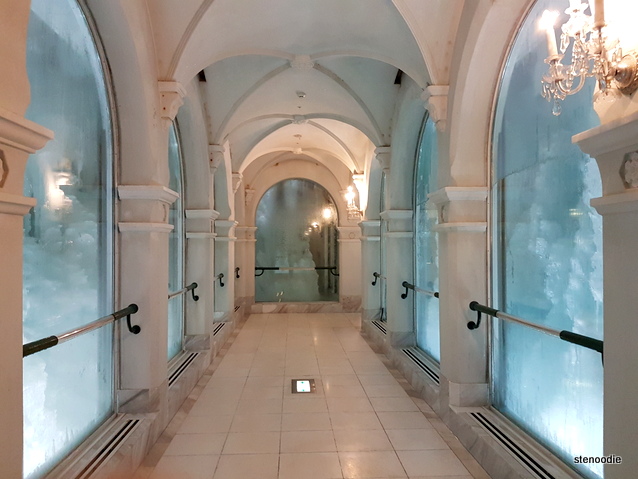 Inside the Snow Museum 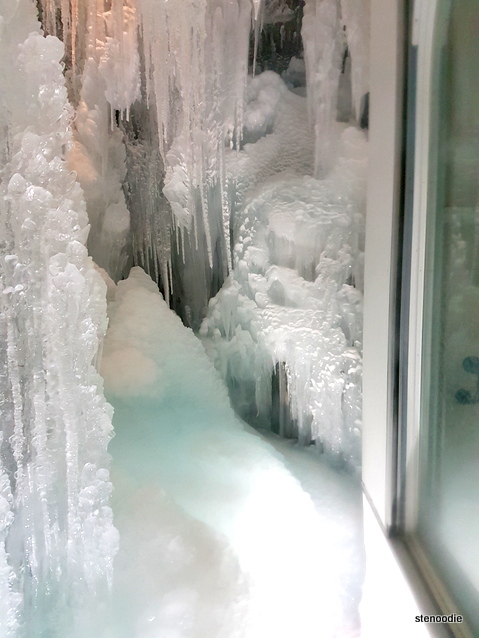 Giant icicles inside behind each of the large panes of glass

The hallway of icicles was the main draw of the Snow Museum in my opinion.  After we looked at that, we also moved forward in the museum to a large stage and seating area where performances or wedding ceremonies could be held.  There was a lot of winter and snow-themed things.  It felt like I was in the home of the Frozen characters actually.  The gift shop had some cute things but overall, it wasn’t a terribly exciting “museum” to be in. 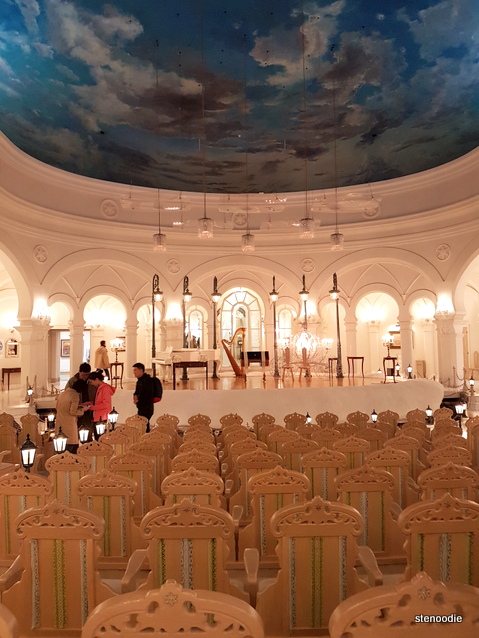 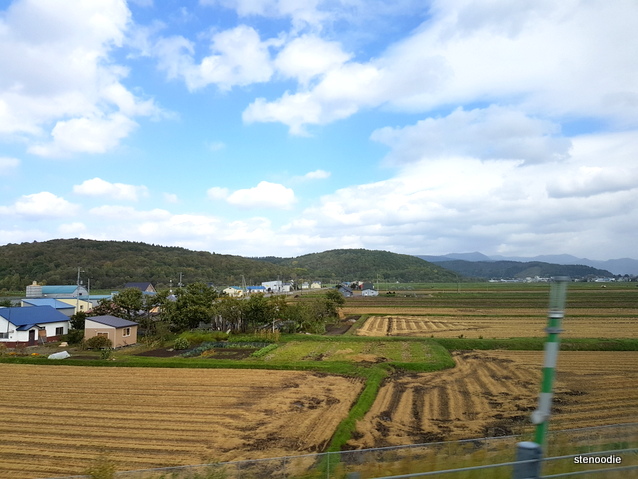 The view as we were heading to lunch 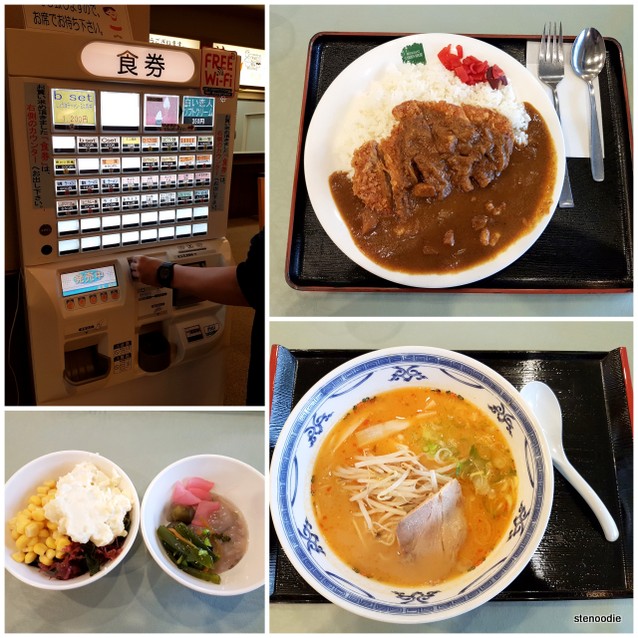 Lunch time! Tonkatsu curry rice and ramen and side dishes bought from a vending machine

For lunch, we headed to the Restaurant Garden House, a self-serve eatery in the Kitanomori-Garden centre in Kamikawa where you bought your meals using a vending machine.  It was rather simple.  There were choices of curry rice or ramen (they also had Hokkaido milk ice cream too but more on this later).  You pressed the button indicating which meal you wanted and then inserted your money into the vending machine.  A print-out ticket then comes out of your order.  At the same time, your order has automatically and immediately been sent to the kitchen where they were preparing it.  We waited around the counter for them to call out the numbers and at which time we approached the counter to receive our plate of food. 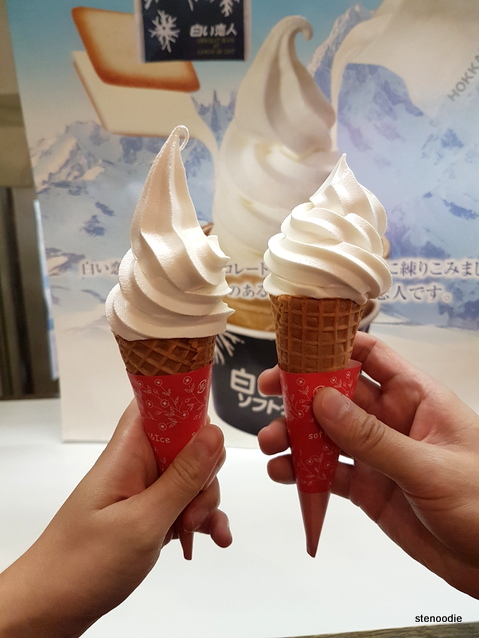 The restaurant here was generous enough to open up the side dishes counter for us to self serve some takowasabi and salads too.  Takowasabi is one of my favourite Japanese tapas to get and this one was surely authentic.

We shopped around at the adjoining gift shop for a bit before heading back on the tour bus to our next stop. 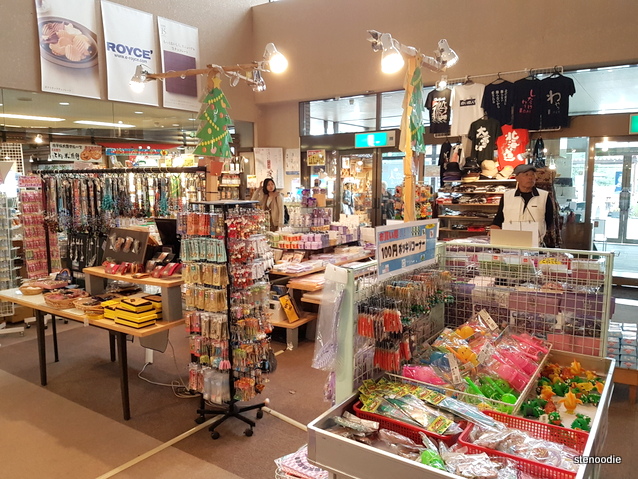 Inside the shopping centre at Kitanomori-Garden

I learned that early October in Hokkaido can be quite chilly!  It was raining outside and cold and thus the cable car stop that was on the itinerary had to be changed; the cable cars weren’t running when we arrived due to safety and wet cables. 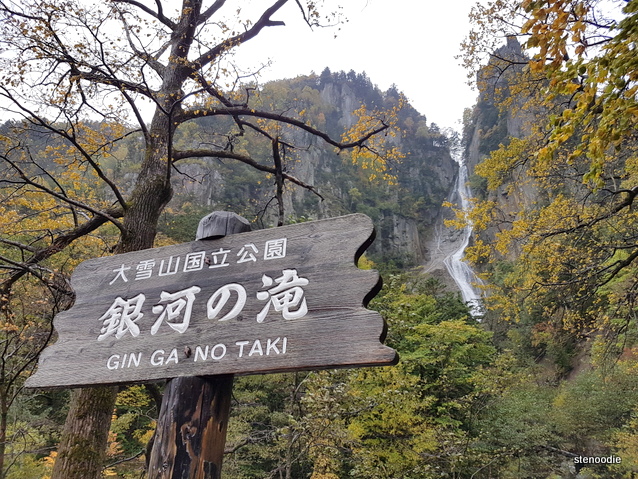 Thus, we headed to the next stop which was the Daisetsuzan National Park.  (Daisetsuzan, 大雪山, is Hokkaido’s largest national park.)  This included two waterfalls (Gin Ga No Taki waterfall and Ryu Sei No Taki waterfall) that could be seen by walking close to the side of the paths.  There was an entire hiking path and many more things to see in this park but of course we didn’t have enough time to do so on the tour.  As well, since it was raining and cold outside, not many tour mates opted to leave the bus and into the rain to take photos.  We only had about 15 minutes to stay some quick photos before the tour continued on its way.  The views really were so pretty here.  With a warm jacket, it was totally worth seeing it live in the cold and rainy weather. 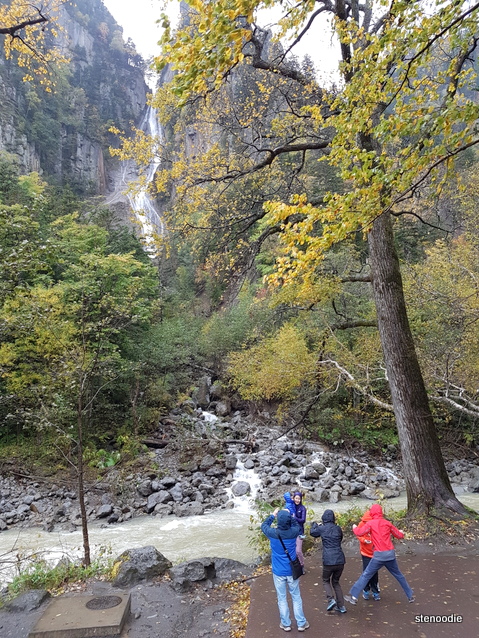 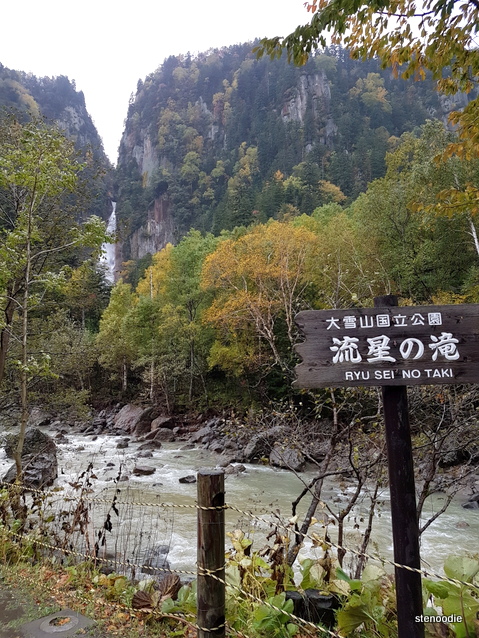 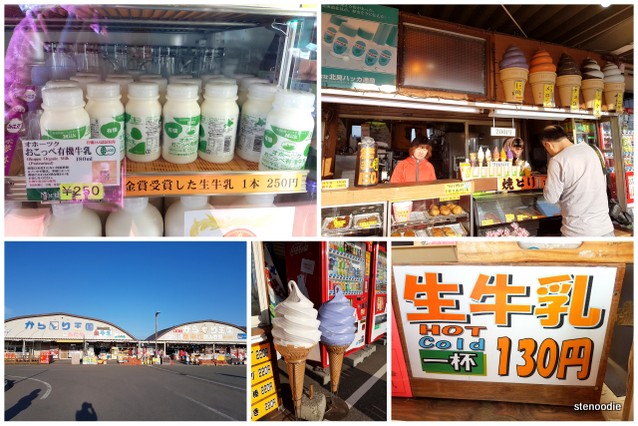 Before heading to our final stop of the day which was our hotel with the private onsens, we had a pit stop at a local market where they sold fresh Hokkaido milk and ice cream and other snacks!  It was nearing sun down and the setting sun was so pretty.  I tried a cup of Hokkaido fresh milk, heated up, and it tasted very fresh.  My mom got a stalk of corn on a stick that was good.  A lot of other tour mates and my extended family ordered the corn as well. 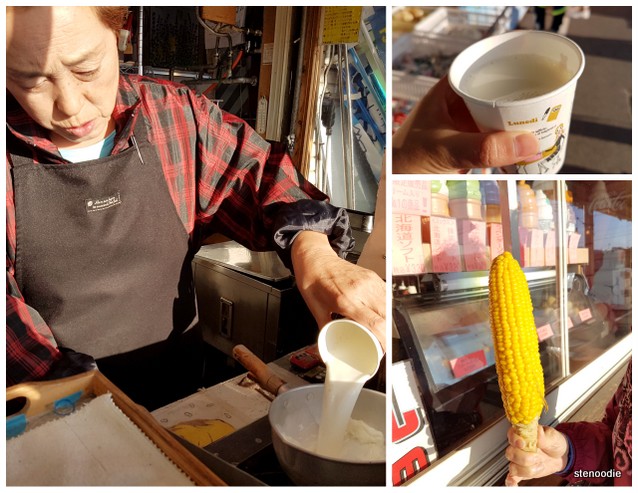 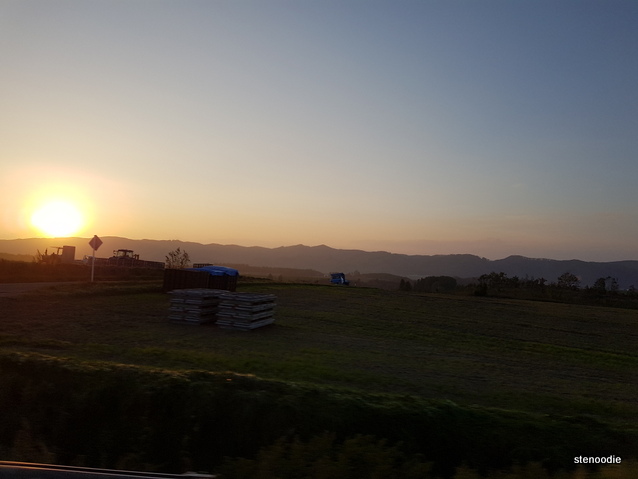 The setting sun in Hokkaido 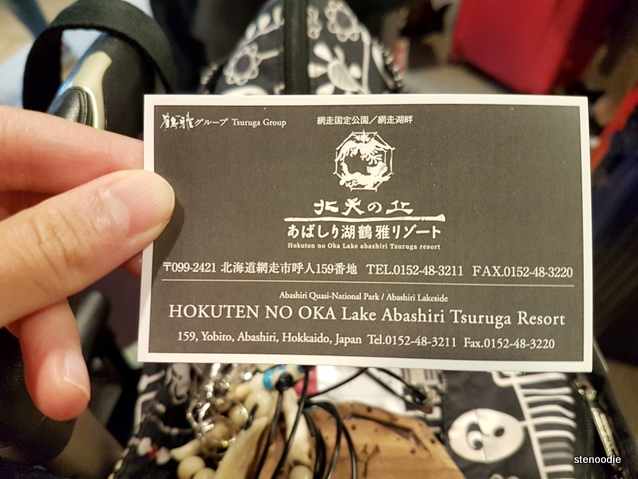 Our hotel for the night was incredibly fancy.  The name of the hotel resort is Hokuten No Oka Lake Abashiri Tsuruga Resort.  We were kind of in the middle of nowhere which meant that the only entertainment after dinner that night would be the onsens.  Luckily for our family, we had booked the private onsen rooms (Ko no Za Japanese and Western style Room with Private open-air bath).  This was truly a once-in-a-lifetime opportunity as I don’t think we’ll ever pay again for these luxuries.

To talk about it briefly, we were first led up to the second floor where we had an entire exclusive private floor to ourselves.  We left our shoes in a locker before we were led to our rooms with an old-fashioned key and lock.  Inside the room, it was a haven of relaxation and tranquility.  Think of the fanciest spa you have ever been to and this could be it. 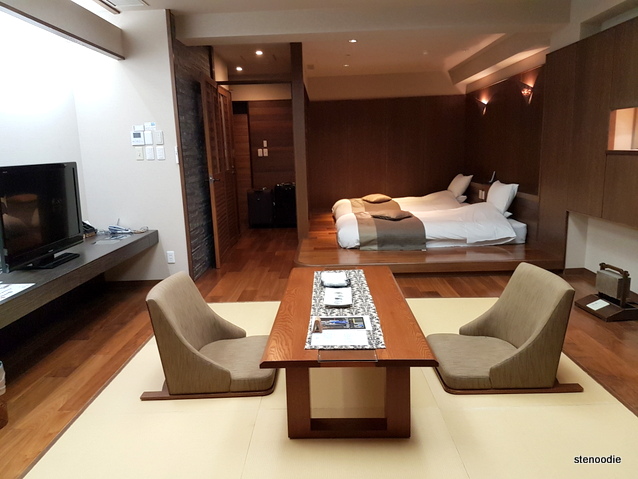 The room was huge!  The floor was wooden and heated.  There was a large living area with a low table.  There was a wet bar with all amenities like coffee, tea, water boiler, cups, and utensils.  There was a closet with complimentary souvenir socks for us to take home and a yukata ready for you to wear.  Slippers were also there, of course.

There was a huge massage chair with a CD selection right at the fingertips.  It was so fancy!

The washroom included all necessities and towels.  There was also a separate shower room with included pails and buckets for you to shower before you stepped out into the outdoor onsen.

A staff member kindly explained all of this to me and then asked me to convey the message on to my extended family.  There was also another staff member who was working on the onsen outside to adjust the proper water temperatures.  It was all so professional and private!  It was something you have to experience in order to know what it’s like.  (I will also be including a video that I took of the room so that you can see what I saw!) 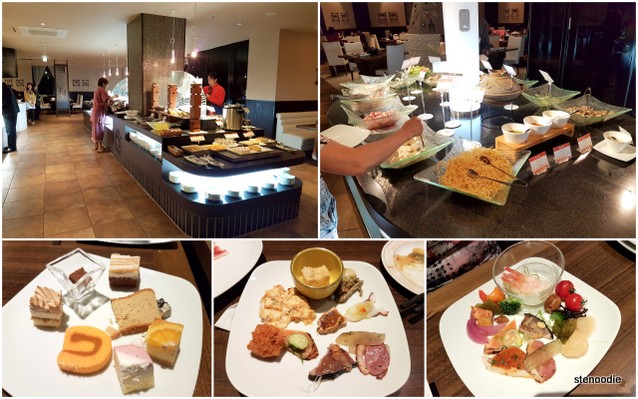 Anyway, dinner that night was at the hotel buffet located downstairs.  This was an amazing buffet with hot pot available right at the table and multiple kinds of hot and cold food. The highlights that night were the pizza station where you could customize and make your own pizza (toppings, sauce) and hand it to the staff at the pizza station where they heated it up and then delivered it to your table.  It was so cool! 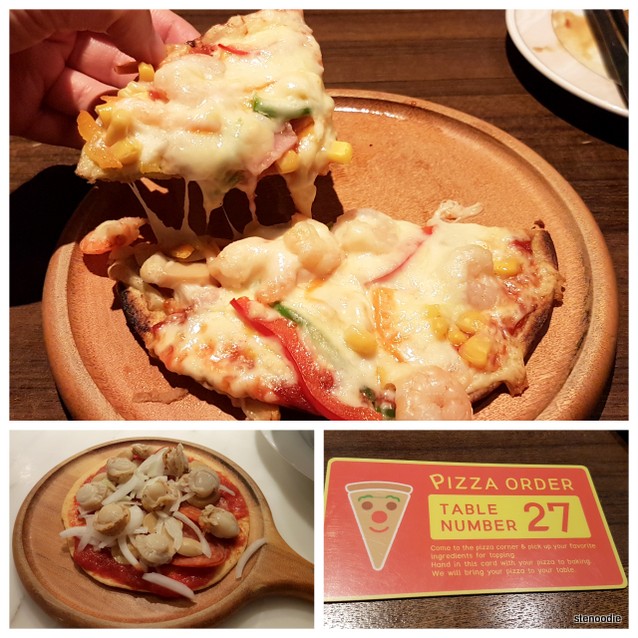 DIY pizza! You choose the sauce and toppings and then give it to the staff to make your pizza and leave your table number with them. When it’s ready, they bring it to your table! 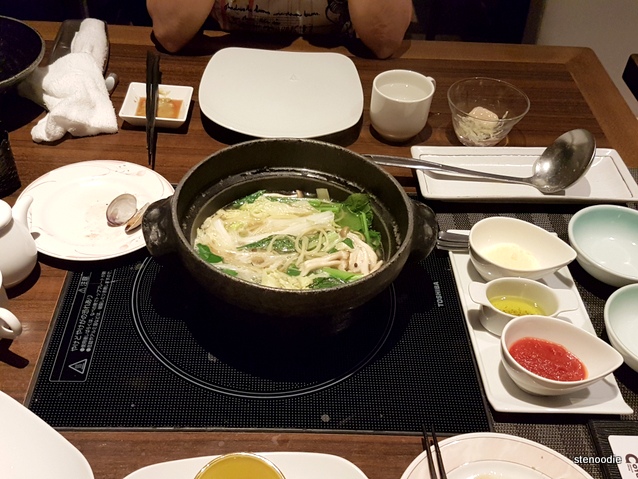 Hot pot on the table 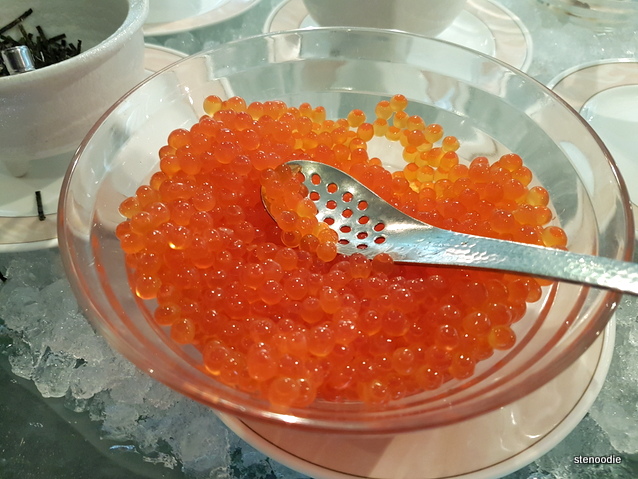 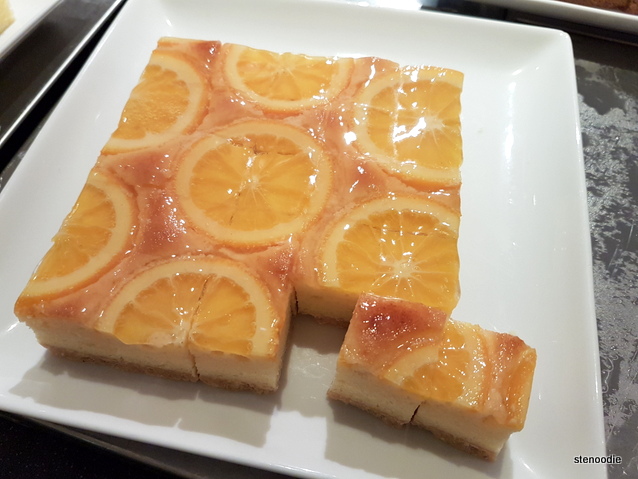 Really pretty dessert with oranges on it 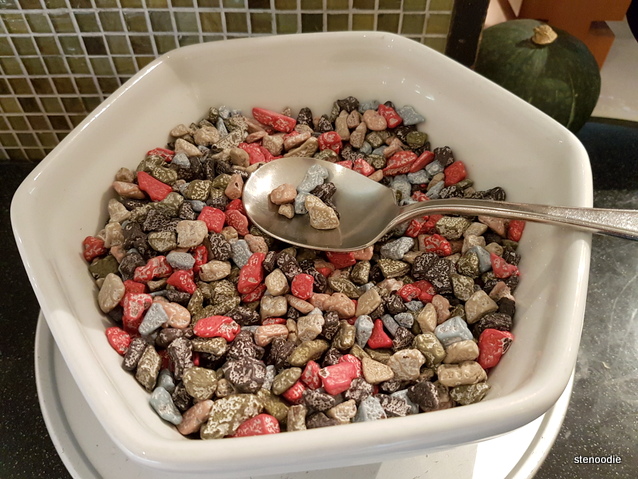 The second highlight was the soft serve station that had Hokkaido milk ice cream.  I hardly crave ice cream but since I was in Hokkaido, this was not to be missed and I made sure to have at least three cups of these babies.  Even my mom was shocked at my unusual dairy preferences that night. 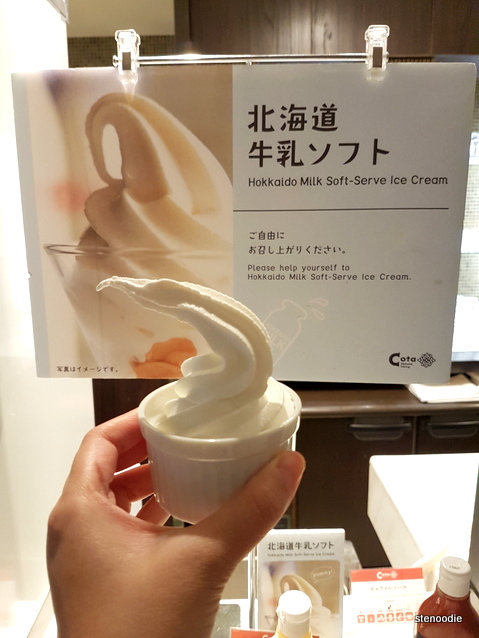 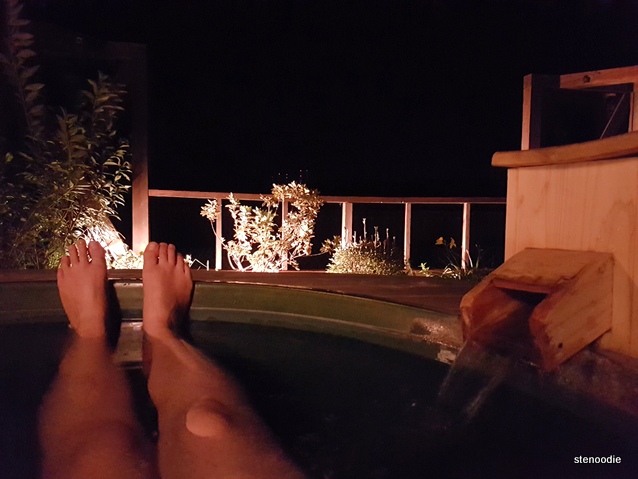 After dinner, I fully indulged in the room’s facilities.  Although there was the public onsen available in the hotel, we chose to enjoy the one that we had right in our room.  It was amazing.  The hot steaming water of the onsen contrasting with the cold night air was truly something remarkable and an experience that you have to try yourself.

I spent a good amount of time outside in the onsen before I retreated back inside the room in my robe and used the massage chair.  I listened to the tranquil music in the provided CDs (in the fancy schmancy CD player).  It was heaven!

It was an amazing day 3 in Hokkaido!  I felt so blessed to be able to experience such a luxury! ^_^ ❤