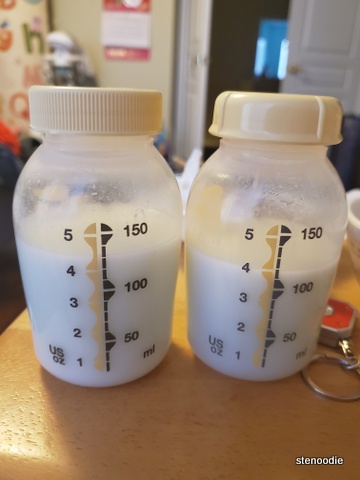 Never expected my left side to exceed my right side

I'm a stenographer, foodie, avid traveller, and new mom who loves to share her experiences with the world.
View all posts by stenoodie →
This entry was posted in Motherhood and tagged 23 week old baby, Baby starting to sit up 23 weeks, Getting my first postpartum period, post mastitis breastmilk supply, pumping for more than 30 minutes, Warm water and epsom salt bath for trigger finger. Bookmark the permalink.