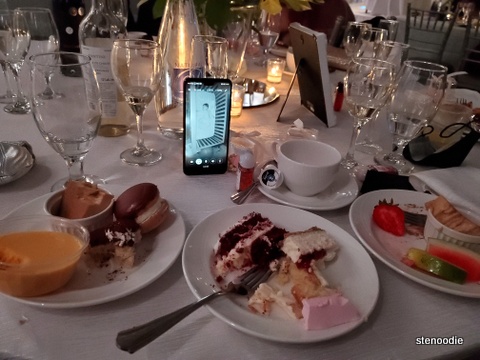 As the reception drew to a close and it was dessert time, we pulled out the baby monitor to see how she was doing XD. Fast asleep 🙂

I'm a stenographer, foodie, avid traveller, and new mom who loves to share her experiences with the world.
View all posts by stenoodie →
This entry was posted in Motherhood and tagged 13 month old baby, 13 month old waking up multiple times during the night, baby monitor at a wedding reception. Bookmark the permalink.

1 Response to Week 56 – continues to be clingy, major sleep regression, signing for milk