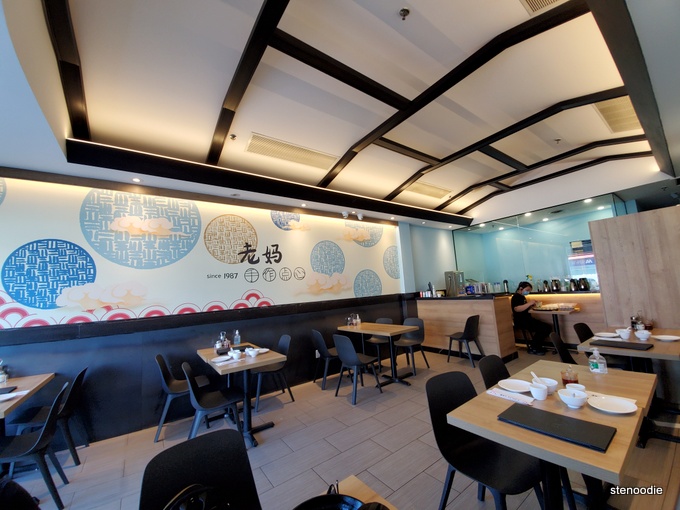 August 14, 2022:  Contrary to the name of this restaurant, Mom’s Dim Sum doesn’t serve just “dim sum” (assuming we’re talking about Chinese dim sum/small bites).  It’s actually a small restaurant on Highway 7 and Chalmers Road in Richmond Hill that serves Shanghainese food.  We actually ordered takeout from here before and really enjoyed the tasty food as well as their low prices.

After a fun time at the splash pad, I was craving for some onion pancakes and xiao long bao dumplings, we decided to dine in at Mom’s Dim Sum.  (My first choice was actually Shanghai Dim Sum which was across the street, but a quick read on a Google review told me that they had shrunk their dine-in menu down after they re-opened after renovations and thus it was not enticing to visit anymore).

I actually didn’t even know that Mom’s Dim Sum had dine-in available.  When we ordered takeout from them last time to eat at the in-law’s place, the exterior of the restaurant looked so small that I assumed it was take-out only.

We arrived around 2:15 p.m. on a Sunday and there was one group waiting before us.  The dining room was full, but I could see two tables who had paid and were getting ready to leave.  We asked to see the menu while we were waiting so we could use that time to peruse the menu. 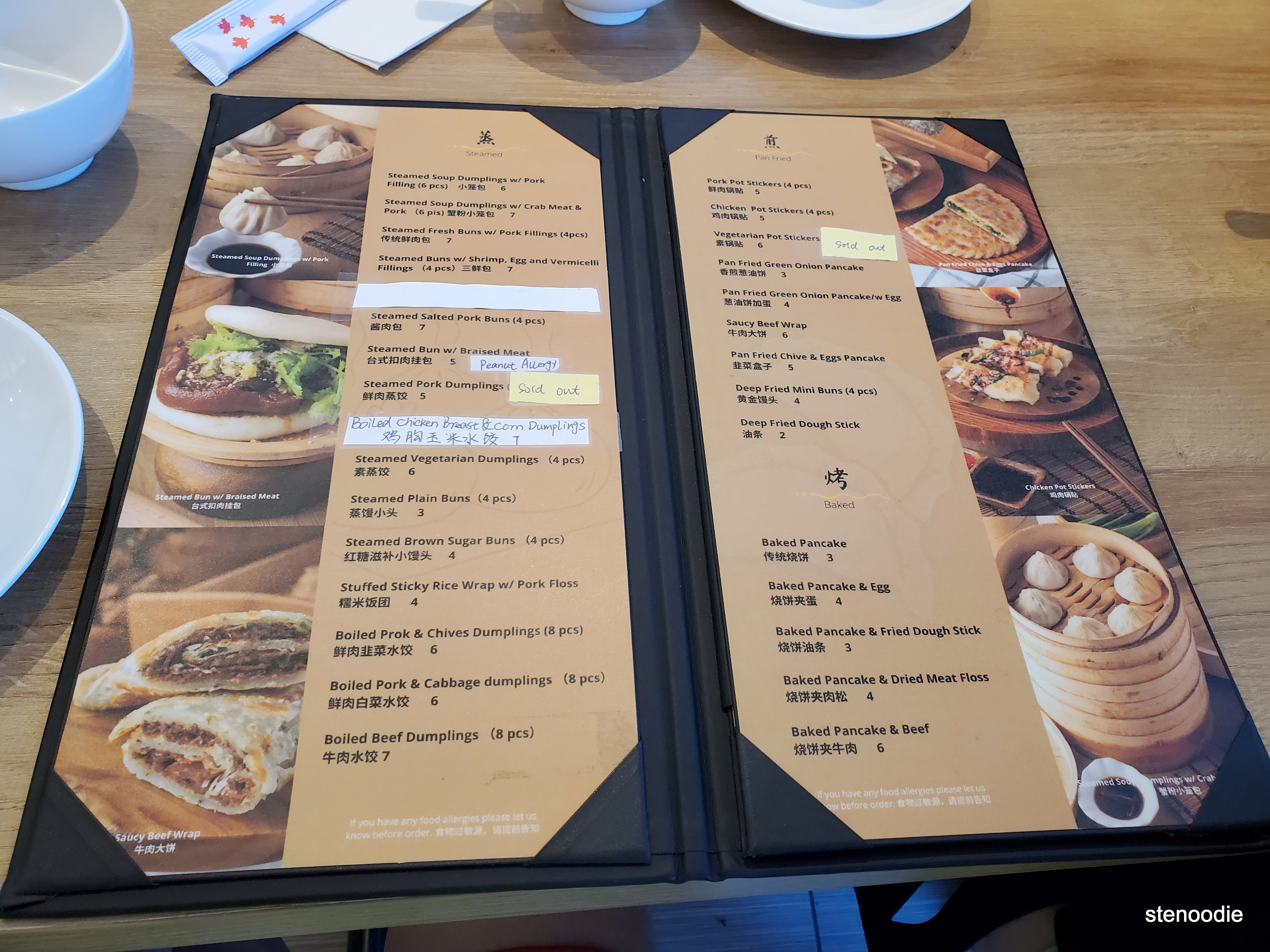 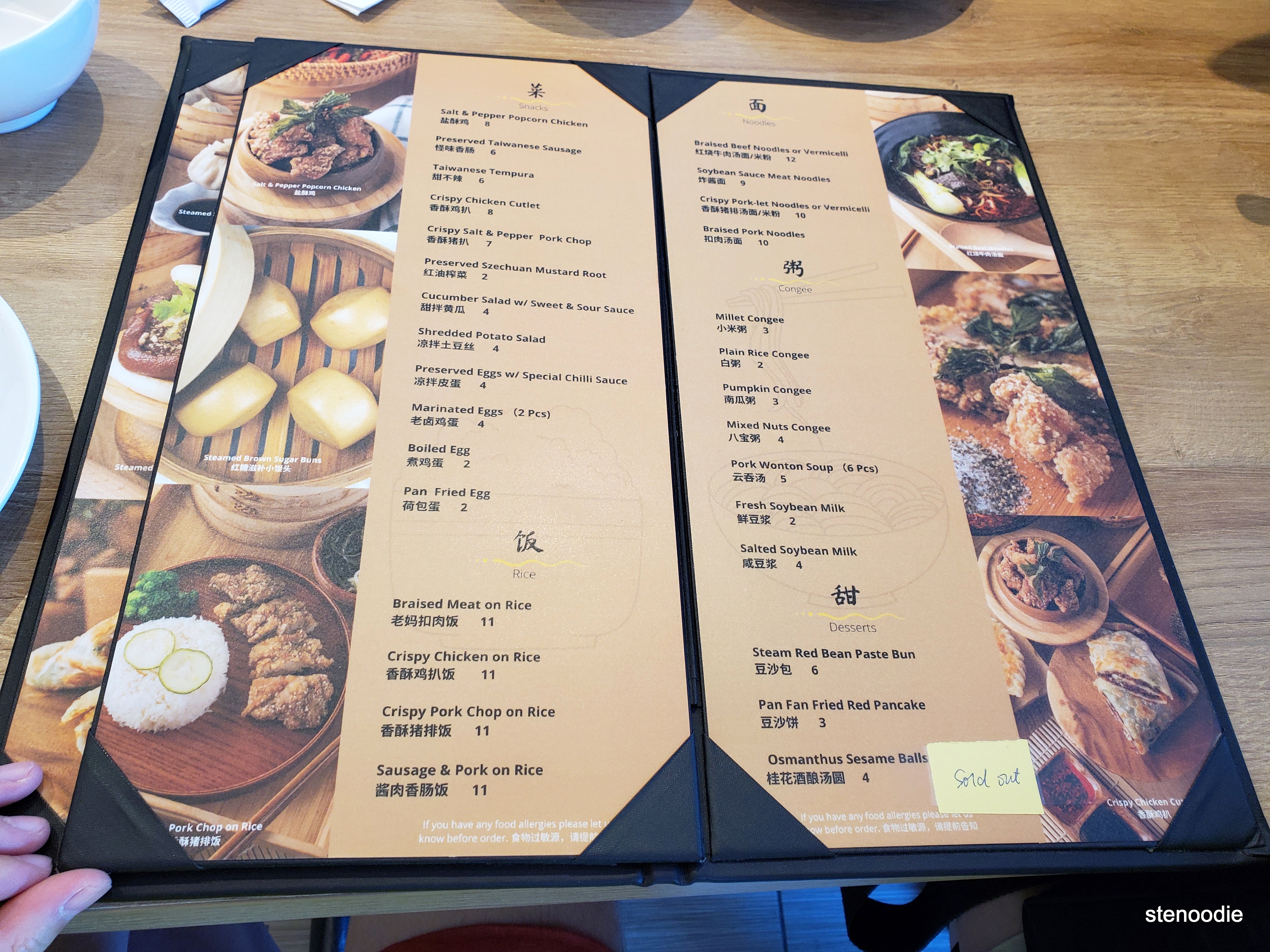 There were so many varieties of dumplings, steamed, pan-fried, baked items, noodles, rice, congee, and desserts.  Everything was priced so affordably and at a rounded dollar. 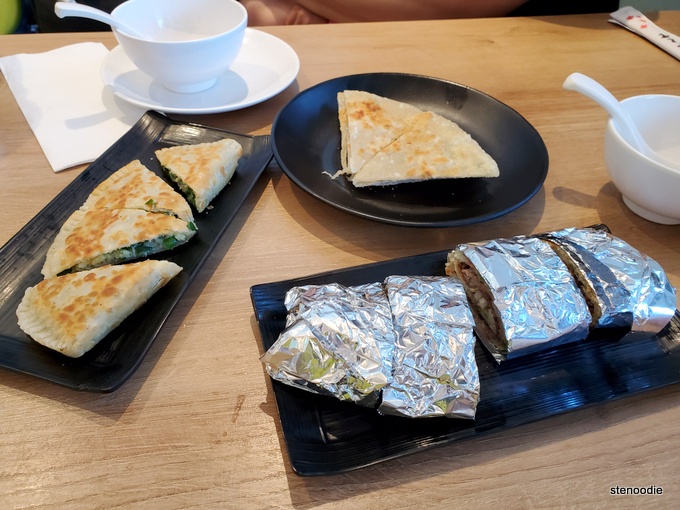 We placed our order when we got our table and our food arrived shortly too.  I loved how the solitary server was so pleasant and friendly to us and even apologized when she had forgotten the tea for us.  Her pleasant manner made our visit feel so warm, something that’s lost in most service industries nowadays.

All of the food was great.  The Braised Beef Noodles had a semi kick to their broth which reminded me of northern Chinese food and the noodles had a good texture and chew to them.  The beef was not rough either.

The steamed soup dumplings had a bit of a thicker dumpling skin than I would have liked, but it definitely held the soup in well. 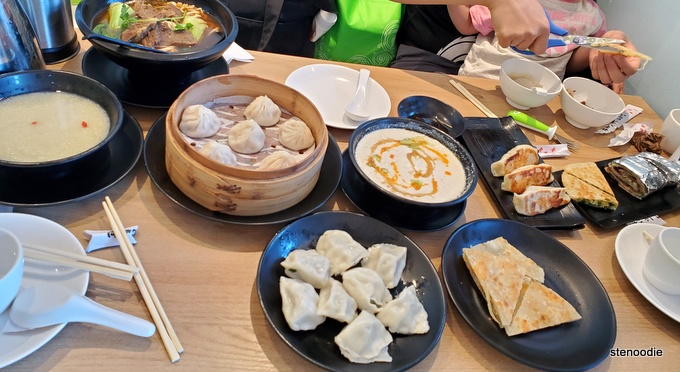 The chive and eggs pancake is always a favourite item for me to order and it didn’t disappoint.  We also liked the Saucy Beef Wrap too and how fresh and flavourful it was.

The Millet Congee was only $3 for a bowl.  It was a very clean-tasting bowl of congee.

The Salted Soybean Milk was different than ones we had tried in the past at other restaurants.  This one seemed to have more of a tofu-like consistency.

The space was so comfortable with high ceilings.  As we were the only ones left by the end of the meal (prime lunch time was over), I wish the restaurant had some background music on.  It was a little awkward for the server to hear all of our conversations while we were finishing up our meal.  Nevertheless, I definitely would return again for more Shanghainese food!  We ordered 9 items and the subtotal was less than $50.  We had leftovers to bring home too. 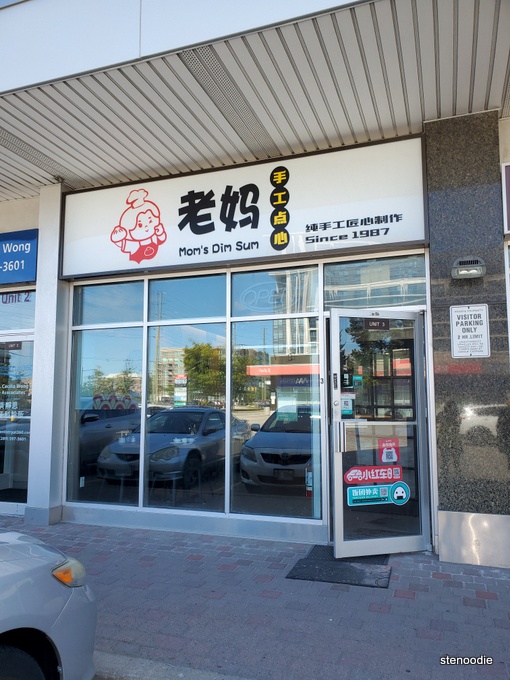