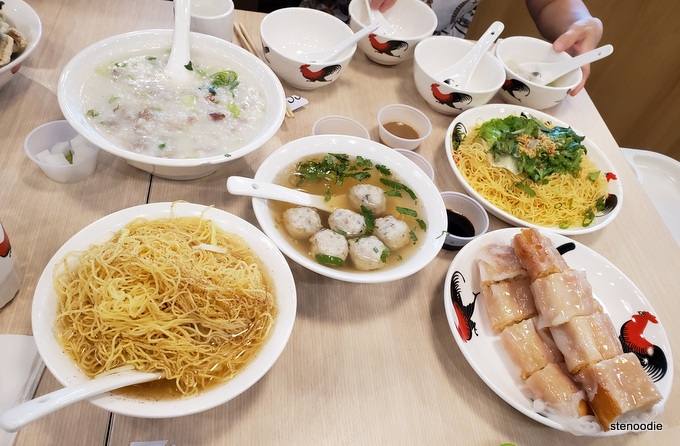 August 18, 2022:  The very first time we visited Very Good Congee & Noodle (滿意粥粉面) was actually on July 1 with some relatives.  This Hong Kong style congee and noodle restaurant is located inside of the King’s Square shopping centre near Woodbine and 16thin Markham.  Considering there aren’t a lot of these types of restaurants around this area, this restaurant has quickly proven to be very popular.  We were lucky to get a table when we were here, but by the time we left, there was a line forming outside already.  Make sure you get here early to get a table or expect to wait. 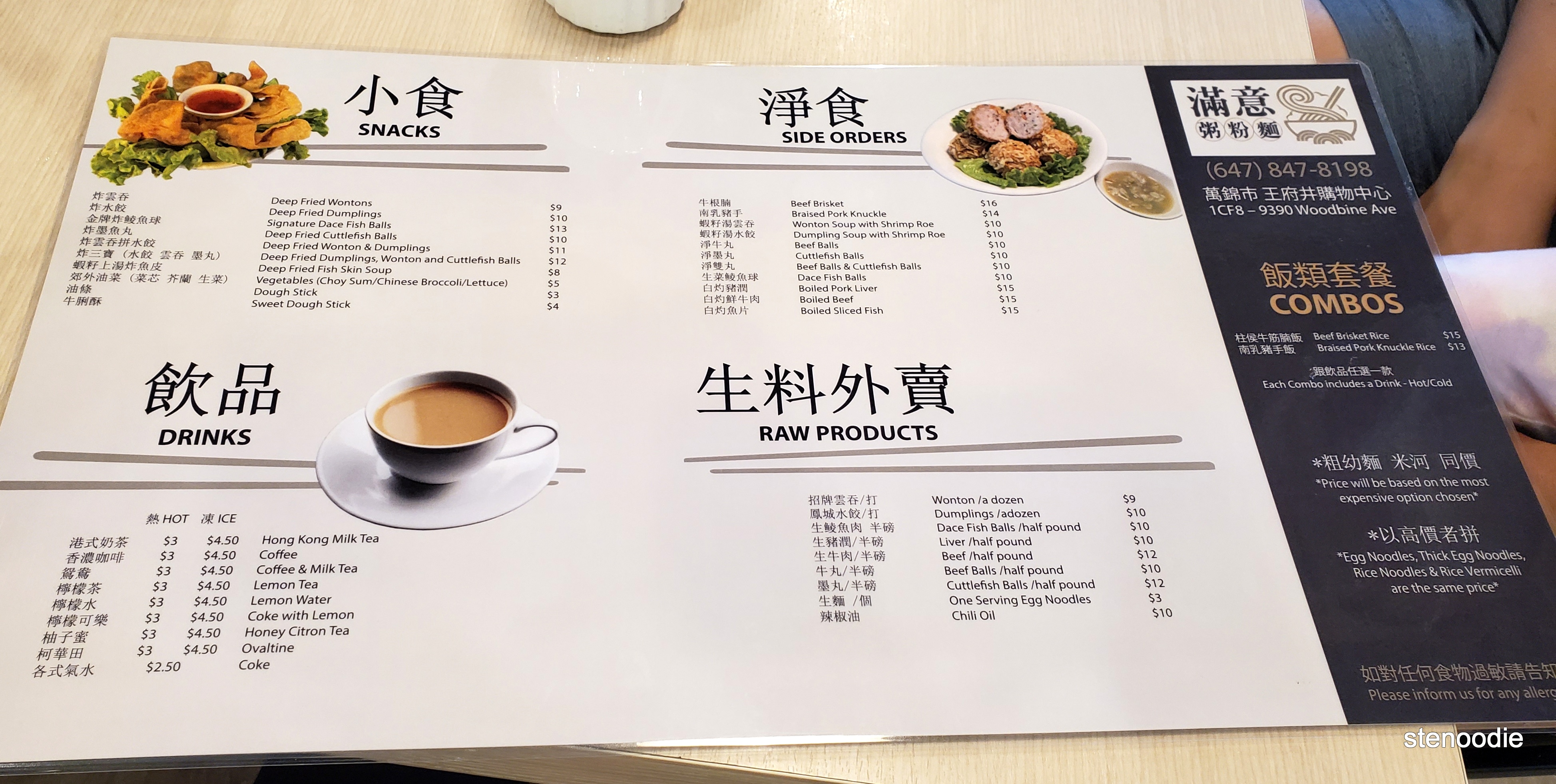 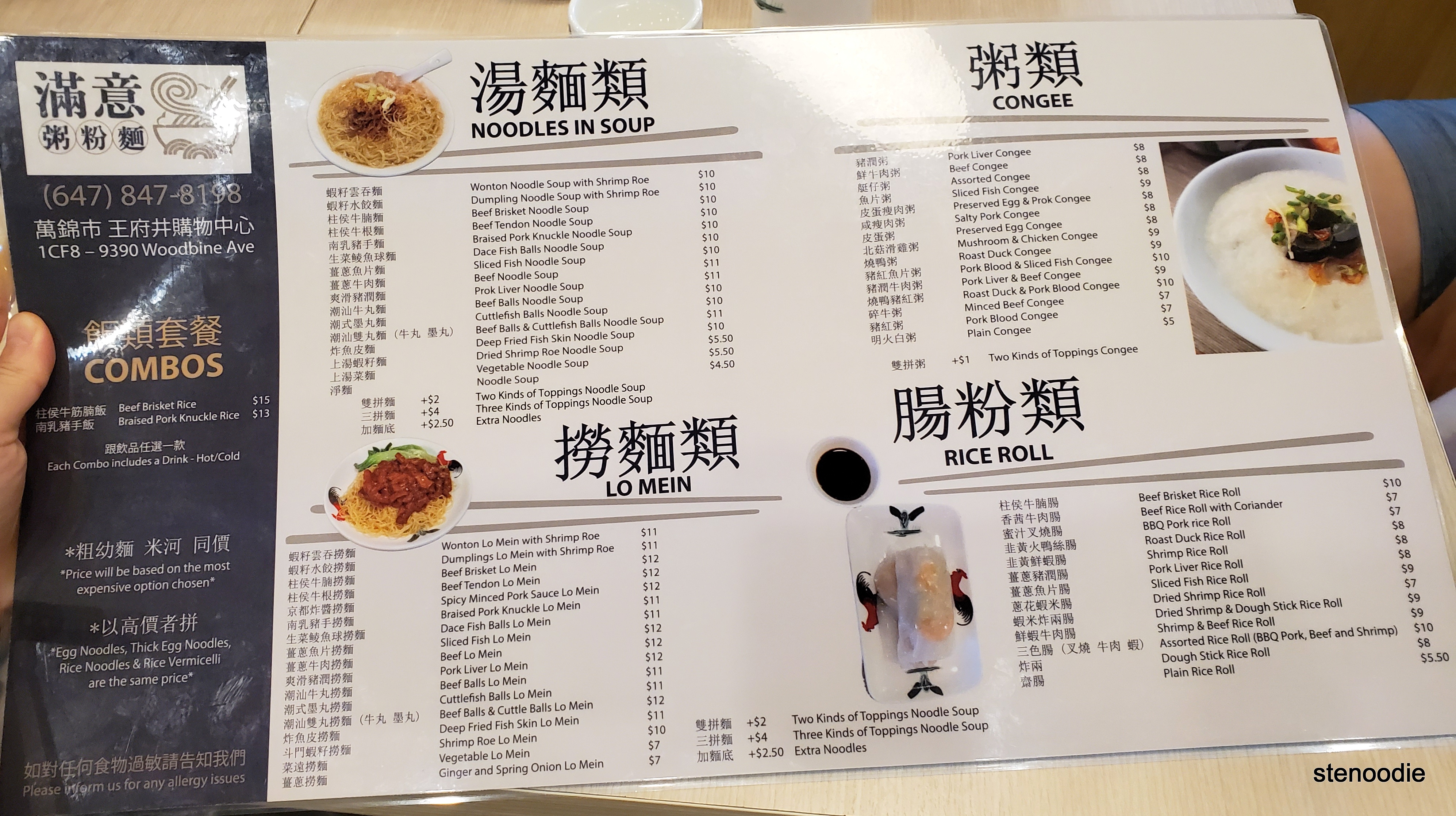 We ordered a bowl of Wonton Noodle Soup with Shrimp Roe, Dough Stick Rice Roll, Minced Beef Congee, and Fish Dace Balls Lo Mein.  (Lo mein is the noodles mixed with sauce served on a plate whereas noodle soup is where the noodle comes in a bowl of soup.) 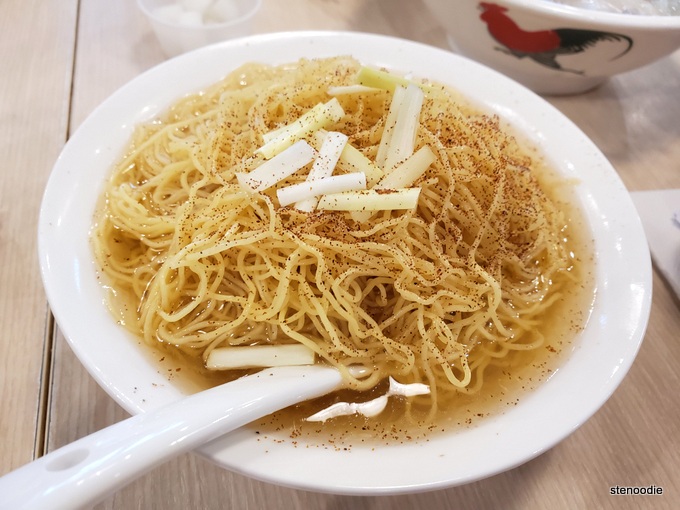 The bowl of Wonton Noodle Soup with Shrimp Roe was smaller than I thought.  The bowl was very shallow and had it been more deep, the noodles could have submerged into the soup more, making it more soft.  At first, the look of it reminded me of wonton noodles from authentic Hong Kong wonton shops.  The texture of the noodles was firmer than I prefer.  The wontons with shrimp roe were all right too as they weren’t very large.

I liked the Minced Beef Congee.  It was similar in taste to Sam’s Congee.  Their congee is also served in traditional white shallow bowls with pictures of chicken on the side. 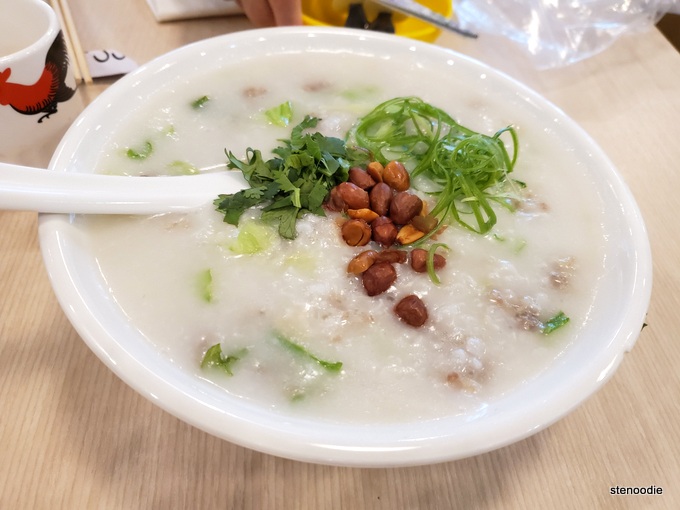 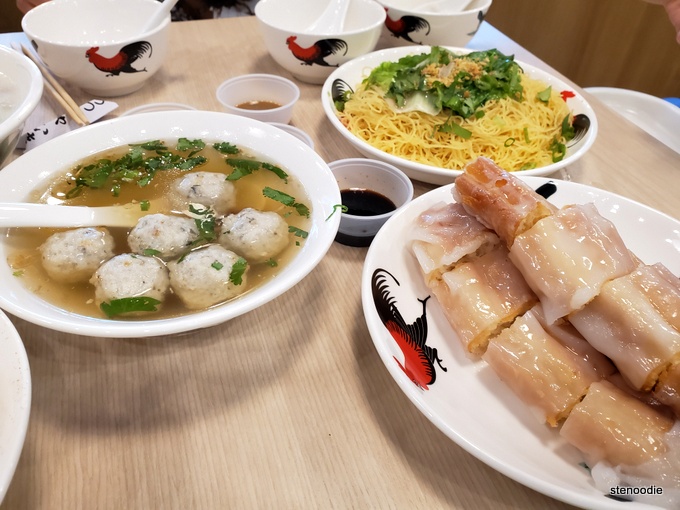 The staff here are very nice, warm, and patient.  Despite having paid our bill and ready to leave, our group of 9 lingered a little bit and the staff didn’t rush or ask us to leave at all considering there were people waiting outside.  I really appreciated that. 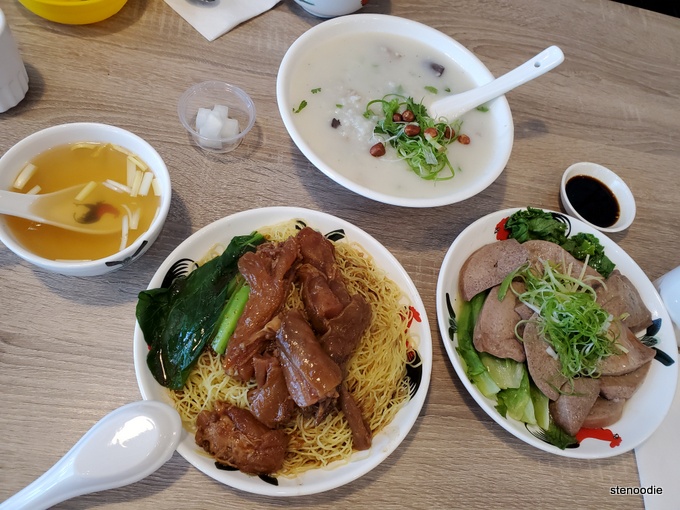 When we came back a second time, we ordered the Beef Tendon Lo Mein, Minced Beef and Pork Blood Congee (you can add a dollar to make it double toppings), and the Boiled Pork Liver.  I had a piece of the Boiled Pork Liver last time and it was so smooth and soft that I wanted a full dish of it this time.  I don’t know how the restaurant cooks it so well.  I thought that it was better prepared and more soft last time, but nevertheless this dish still fulfilled my craving.  Having said that though, $15 is a little steep for this dish.

And speaking of prices, all of their noodle dishes are at least $10.  Their prices are not overly low but considering the small portions.  However, considering inflation, the higher prices seem to be the norm for noodle and congee places these days. 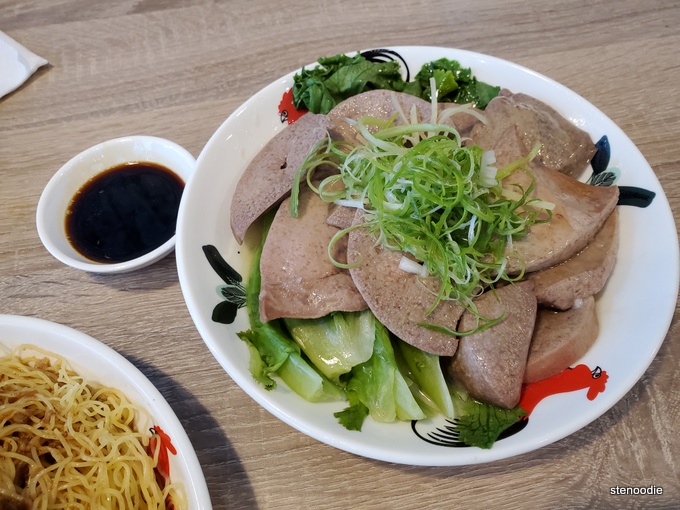 The noodles in the lo mein were softer this time.  The sauce wasn’t very salty or heavy.  The beef tendon was smooth and tender.  I liked it. 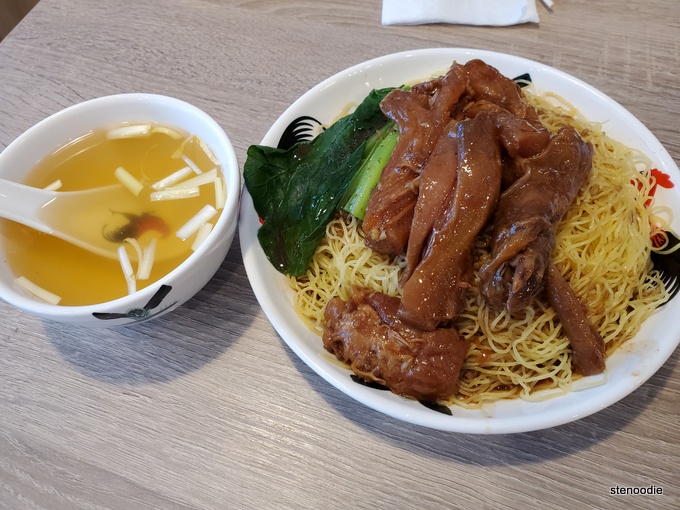 Because the congee had two toppings, I felt like there was less of each as opposed to if we had ordered a single topping congee.  The congee was so “meen”, meaning thick and rich in taste.

After this second visit, I will still come back whenever I have congee cravings.  I heard that their fried signature dace fish balls are also worth ordering.  Both of the tables next to ours had ordered it.

They also provide you with a small container of pickled radish for tasting.  It was good for opening up the appetite.

They are closed on Mondays. 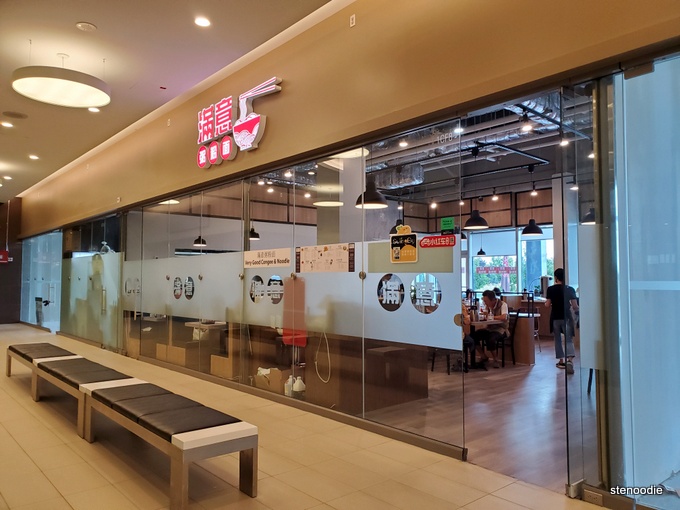