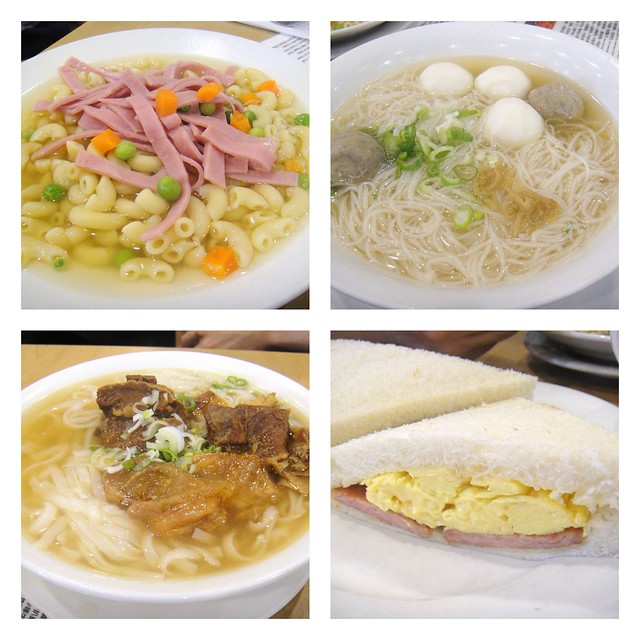 Located at 149B Ravel Road in North York

Hello typical Hong Kong style cafe!  After the very dehydrating plane pull on June 1 (see post here), I went for lunch with Richard and Mike.  Even though they didn’t participate in the plane pull, they showed up just to support me and my team.  Seriously, what wonderful friends I have! ^_^  They took me to Leslie Café which is an old favourite of Richard’s since it’s around his ‘hood.

Leslie Café is located on the corner of Finch and Leslie in North York.  It’s a busy and fast-paced Hong Kong style cafe where you can order breakfast, afternoon tea, lunch, dinner combos, and snacks.  The food is simple and affordable, a key distinction of all Hong Kong style cafes. 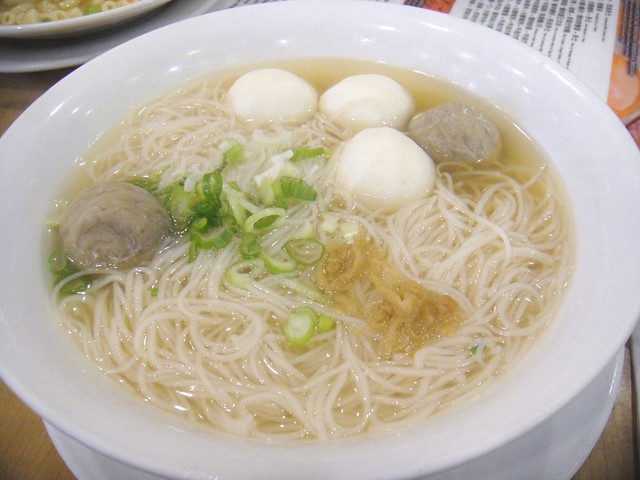 The plane pull dehydrated me quite a bit so I was really in the mood for something soup-like, so I ordered the fish & beef ball with vermicelli in soup.  This is such a comfort food to me.

Richard ordered a set that included an egg and luncheon meat sandwich with his ham macaroni and Mike ordered the beef tendon & brisket with rice noodles in soup. 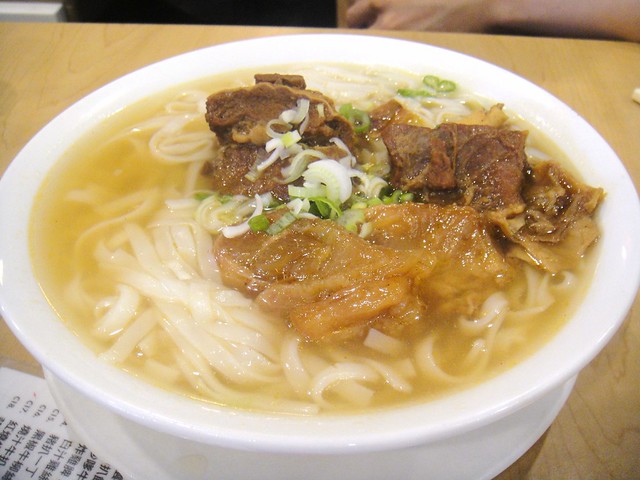 I distinctly remember that even though we got there and wanted to order items from the Afternoon Tea sets (they were cheaper and included a free drink), we couldn’t order until it was 2:30 p.m.  One of the servers was quite adamant that we had to wait until the minute hand struck the six before we could order from that menu even though we had arrived at 2:15ish.  It was amusing to us because we tried get away with ordering earlier.  Heh…

I really liked the fish balls in my vermicelli soup noodle because they were very bouncy and chewy when you bit into it.  That’s when you know the fish ball quality is good. 😀  Other than that, it’s a typical Hong Kong style cafe.  Nothing really to complain or rave about.  It’s affordable and decent food.