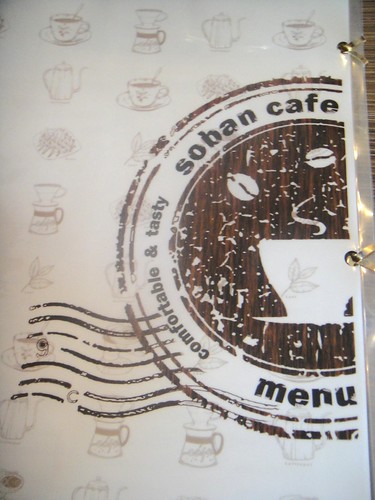 This was such a good discovery!  Up until I found out about Soban, a little cafe on the second floor located at the corner of Yonge & Finch in North York, I would arrange to meet friends for a chat usually at Princess Cafe — it was a good place to have snacks and drinks with wifi (however, I noticed that sometimes it wasn’t very reliable).  Soban is right next to it and is a Korean cafe where you can get teas, coffees, bubble tea, smoothies, desserts, and Korean snacks.  Yum!  The best part is that their wifi is stable and fast! 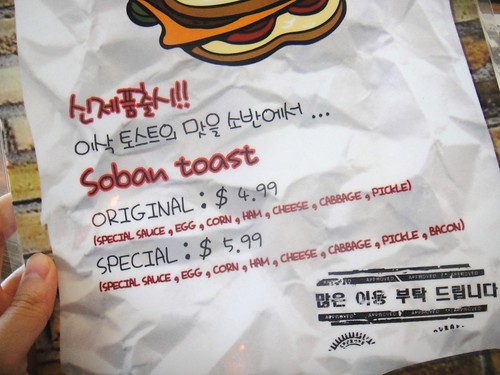 The first time I came here, we ordered their Korean sandwich which had a current promotion:  You could get the “Soban Toast” for $4.99 instead of its original price of $5.99.  Awesome!  The three of us all ordered this.  It was an interesting”toast”.  It was basically a Korean sandwich made with toast that had powdered sugar on top.  It sounded like an odd combination at first because the sandwich contained salty elements like special sauce egg, ham, cheese, cabbage (such a Korean ingredient to stick in there), and pickle. 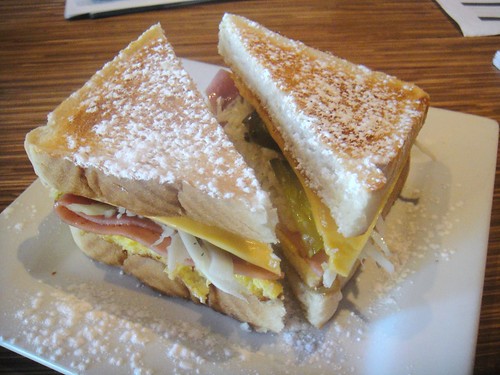 Upon eating it, it was an interesting but good mixture!  The toast was a little hard around the edges but soft in the centre.  It wasn’t as big of a clash of sweet and salty flavours as I had anticipated and we all agreed it was a good sandwich. 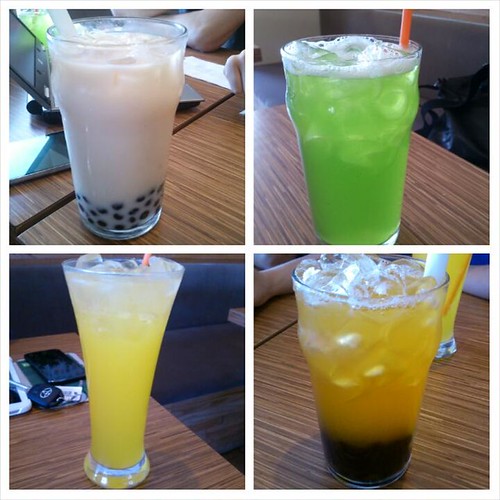 Fast forward a couple of days later, and I found myself meeting my friends at this location again for some business talk.  Where better to meet when the Starbucks across the street is full than to meet here at Soban again?  It’s such a comfortable and quiet atmosphere with stable wifi (such a sweet feature).

This time around, the four of us ordered drinks.  I ordered a bubble tea even though I’m not a huge fan of these tapioca things because I wanted to judge their bubble teas.  I ordered a Passion Fruit Green Tea with tapioca drink and I was pleasantly pleased that their tapioca balls are chewy and not hard (the ones next door at Princess Cafe were very hard; didn’t like it at all). 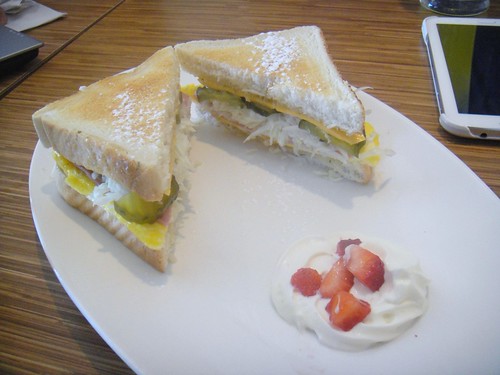 One of us ordered the Soban Toast again on this second visit. Why is that that this time the presentation is completely different?

I highly recommend this place.  It’s not very known (at least I think so), which makes it very quiet and a great place to come to hang out.  You’ll probably see me here again soon if Starbucks is packed full again. 🙂

3 Responses to Drinks and Snacks at Cafe Soban (Yonge & Finch)