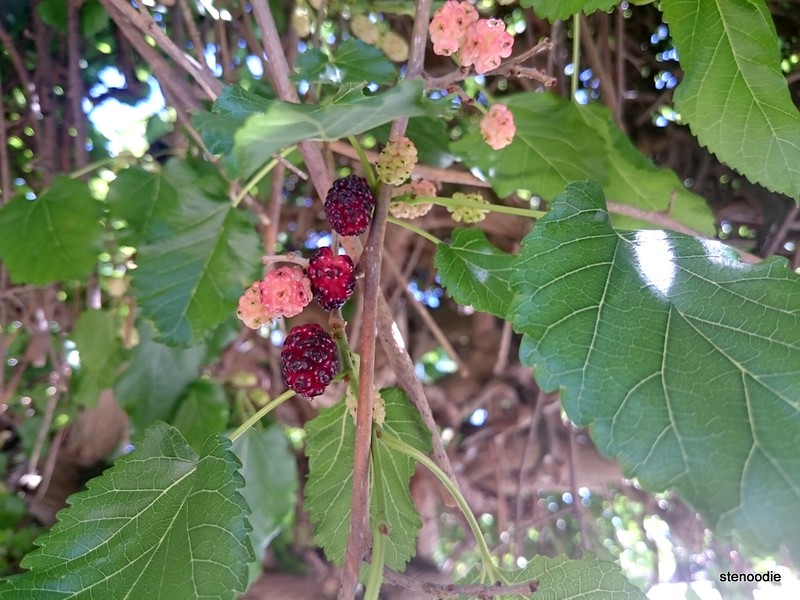 I learned how to make mulberry jam last week for the first time!  Yay!  I love relaxing learning sessions like these! ^_^

Thank you Nicole for inviting me over to your place to make mulberry jam together!  This was a lot of fun!

Nicole’s neighbours actually have two beautiful blossoming mulberry trees that bloom with fruit every year.  This year, she decided to pick some and make mulberry jam with it!  She invited me over and I was very excited to try to mulberry jam for the first time! 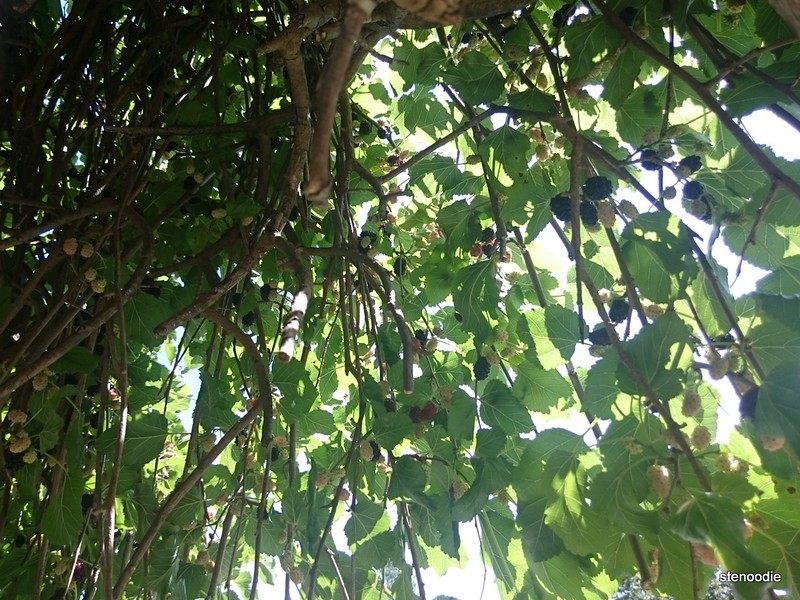 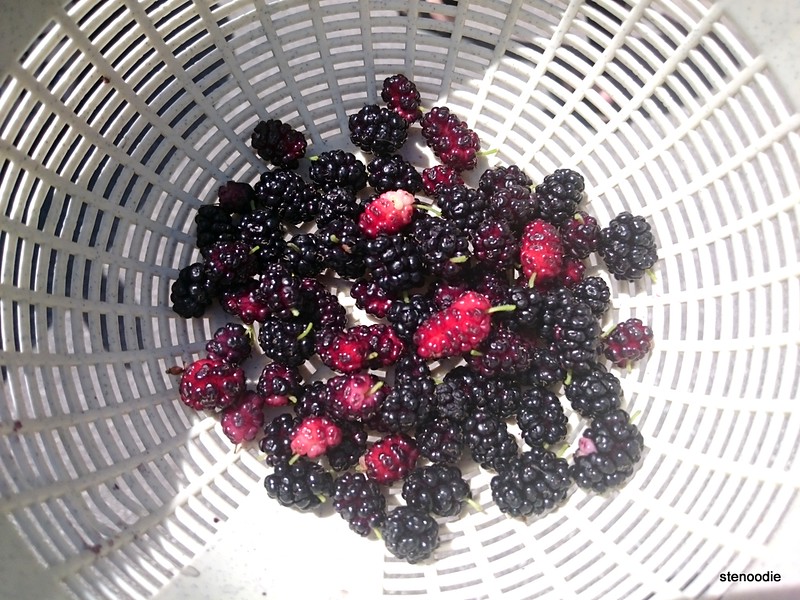 They are actually so easy to pick! They come right off from the stems 🙂

It was a beautiful sunny Saturday afternoon and I spent a couple of minutes picking the teeny tiny mulberries off the trees.  The lowest branches were just high enough for us to reach (since we are both short) and I was able to pick a few.  Nicole had actually picked four cups’ short previously so we were ready to go. 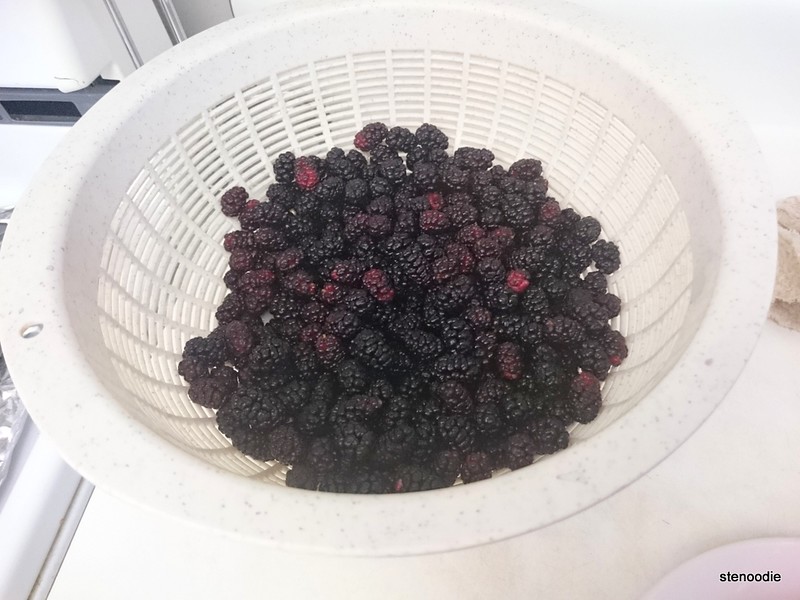 After carefully snipping the tiny stems off, combined the ones I picked with the three other cups that Nicole previously picked 🙂 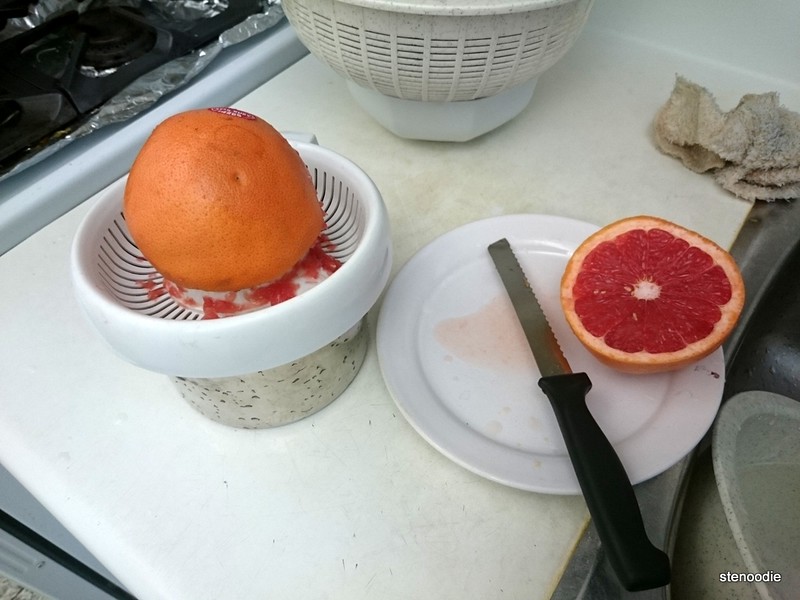 Half a grapefruit for the citrus juice! 🙂 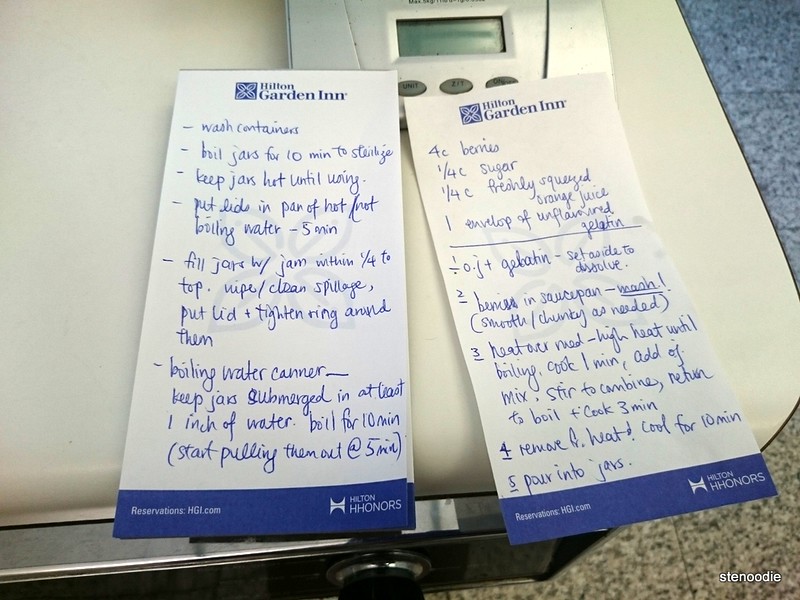 I love Nicole’s handwriting! Really simple instructions to follow too to make the jam 🙂

She had half a grapefruit (you need some citrus juice), sugar, a packet of gelatin, and mason jars ready to go.  Yay!  The instructions were simple enough and I was happy to be able to follow them with Nicole’s guidance — she had made four jars of mulberry jam last week!

I snipped off the stems of the freshly-picked mulberries, washed them, mixed the grapefruit juice with the gelatin packet, and then started mashing the four cups of mulberries in a big pot together with 1/4 cup of sugar.  It was a nice relaxing session and the mulberries smelled absolutely amazing as they were being crushed. 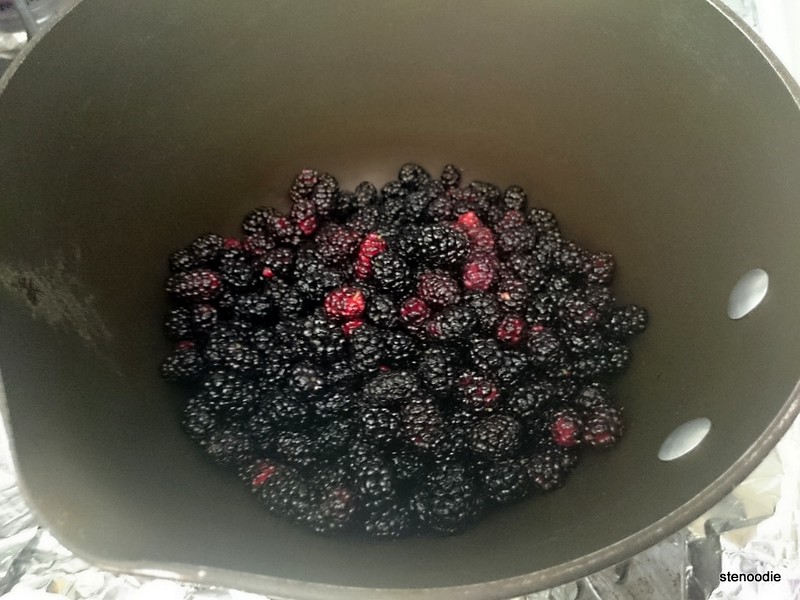 Pour them all into the pot after rinsing 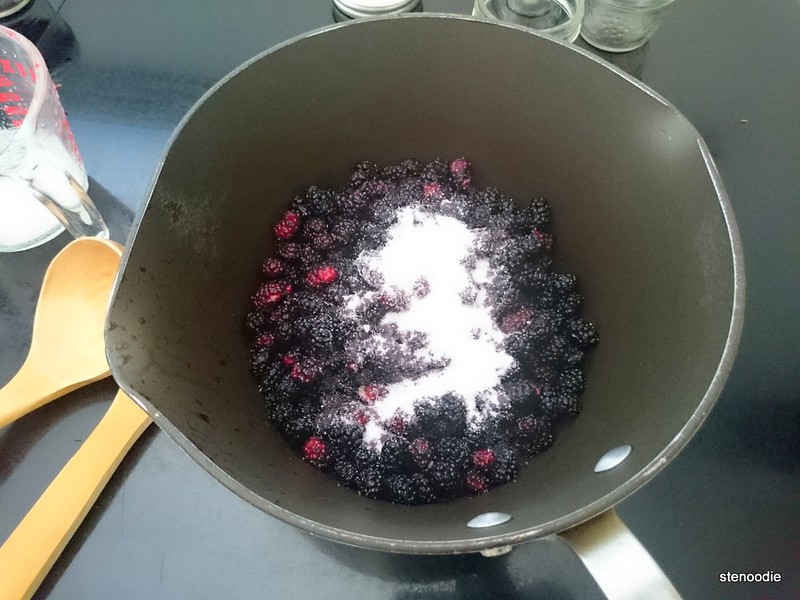 Add in the reduced sugar 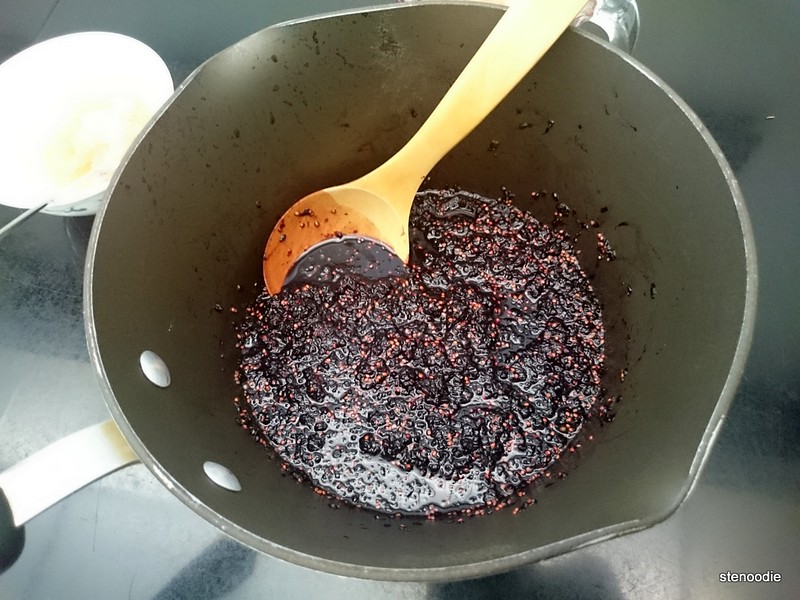 Time for some mashing! 🙂 This was a lot of fun 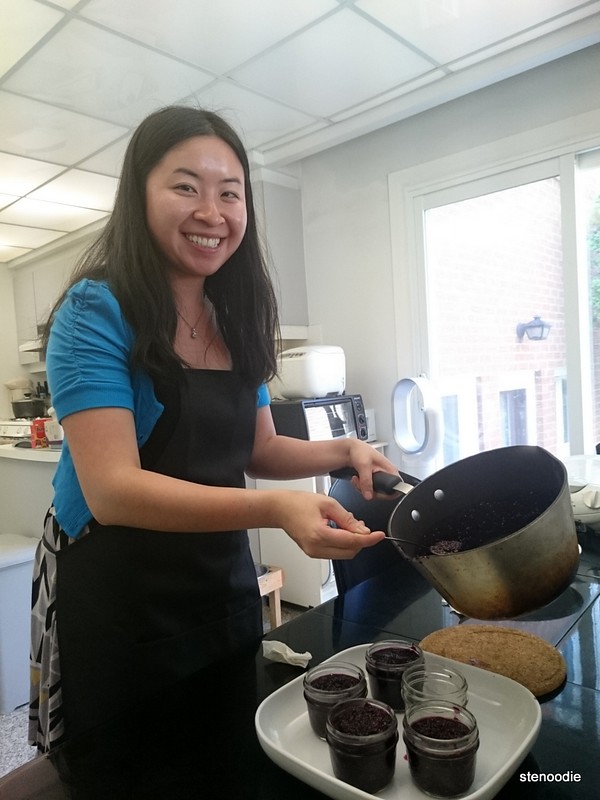 Haha, me in domestic mode in an apron….

After all that, we put the pot on a boil, threw all the ingredients in, and waited for it to boil.  At the same time, we were boiling the empty mason jars so as to sterilize them.  Once the mulberries were done boiling, we took the hot mason jars out with a clamp and filled them up with fresh jam.  It was fun!  Last step was to screw on the lid tight on each jar and place it back into the pot to boil for another 5 minutes in order to seal the jars tight.  By 4 p.m., we were done!  Wow, that was so fast and easy!  It was really fun too! ^_^ 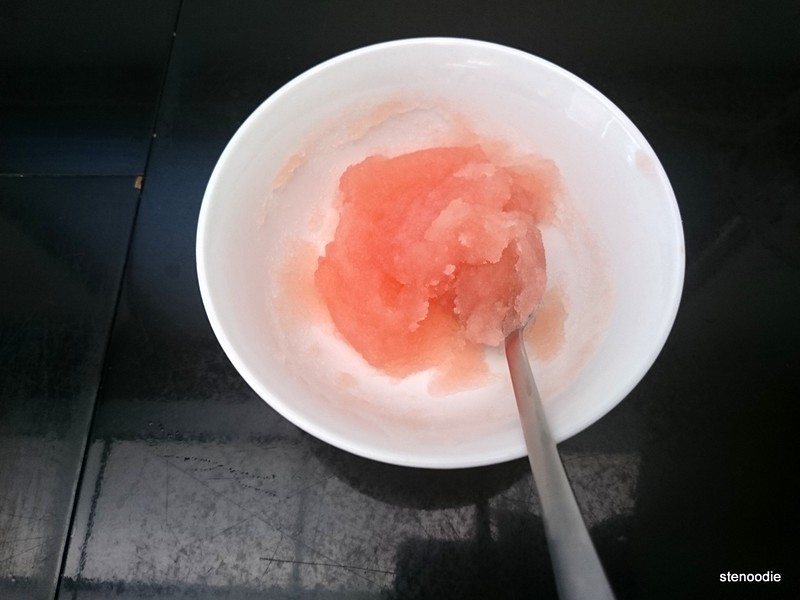 After combining the gelatin with the grapefruit juice 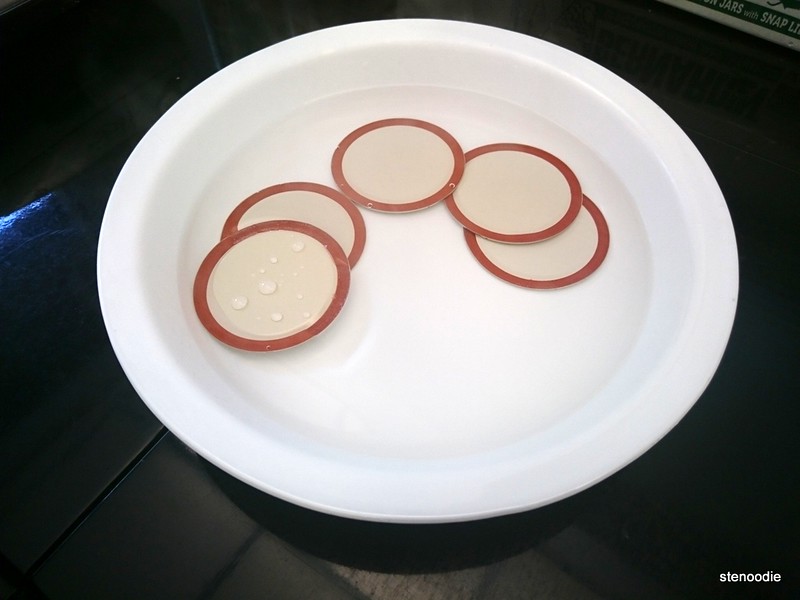 The lids of the mason jars in water 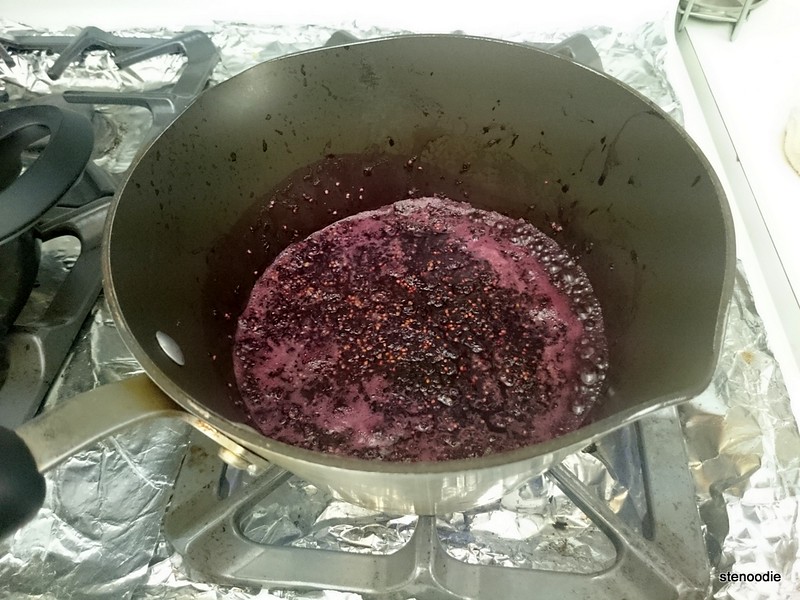 Put all ingredients together and boil in heat 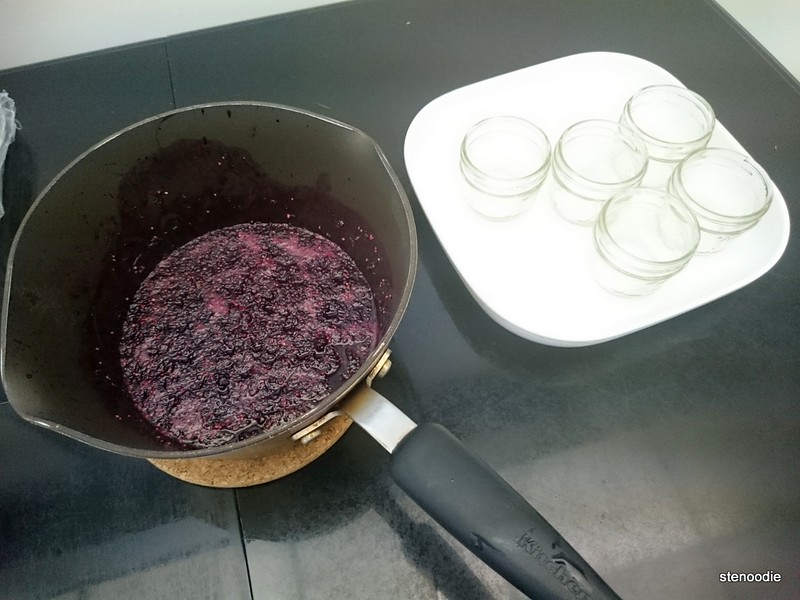 It’s ready to pout into the hot jars! 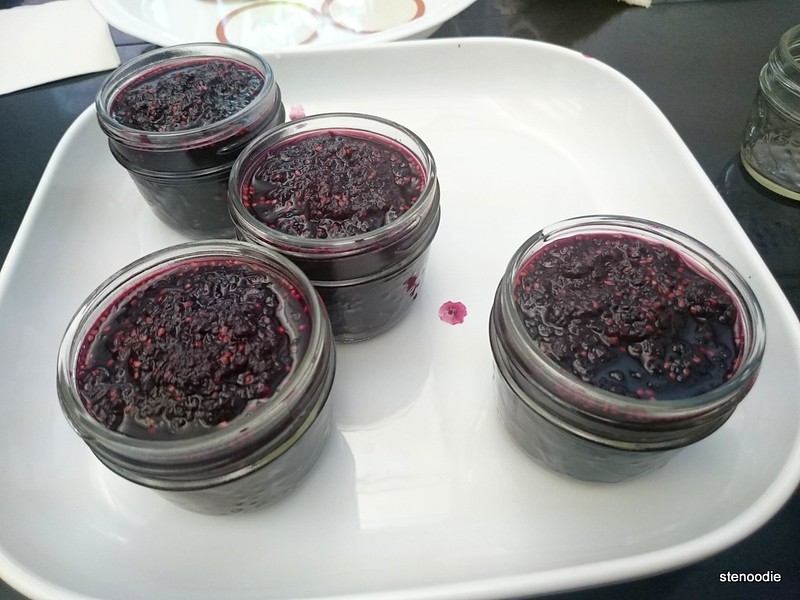 It made perfect four jars of jam 🙂

Thanks for the experience, Nicole!  I got to take two home after the night was over since they had cooled down enough.  Who wants to try some homemade mulberry jam?! 🙂 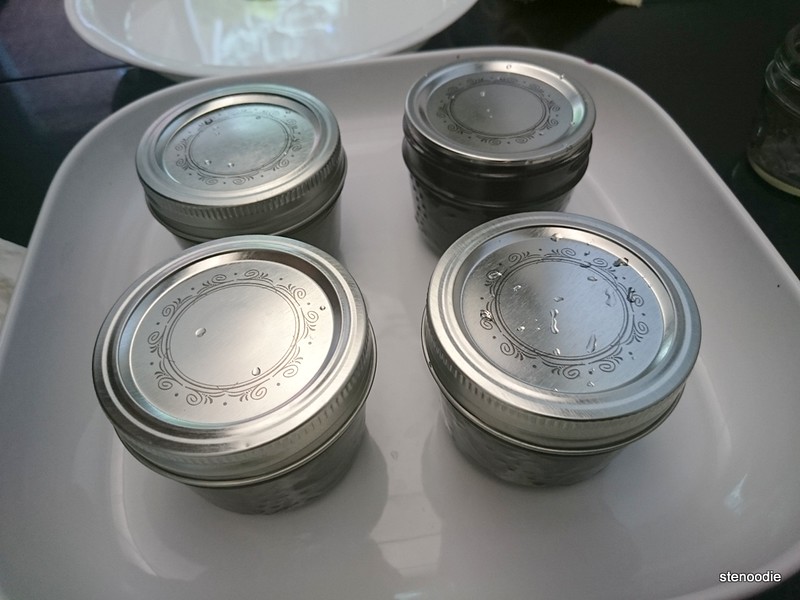 All done! Placed into the pot again to seal the jars 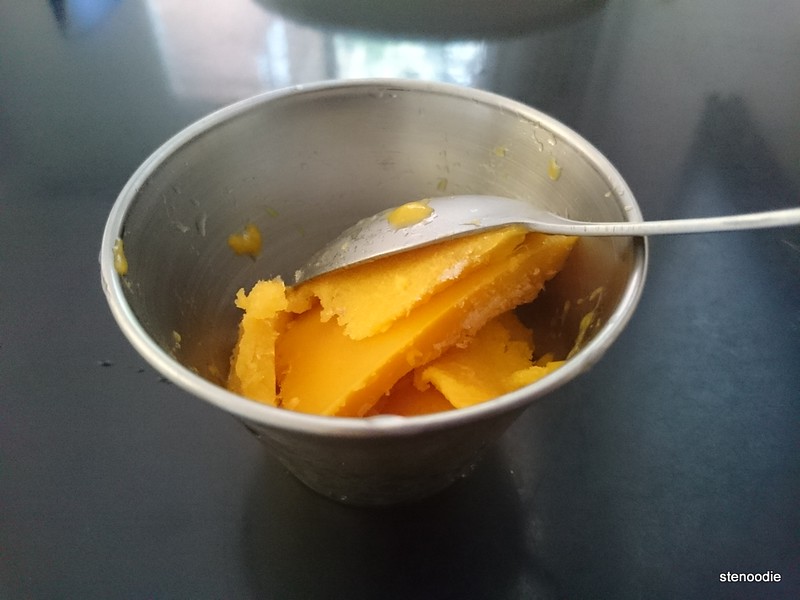 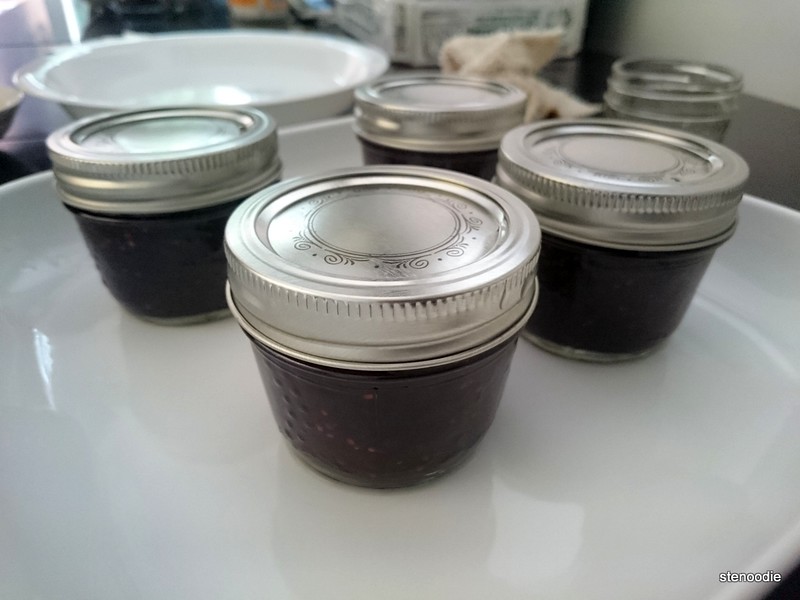 Yes! All done! Ready to cool for the seal to set in place

Mulberry jam making accomplished!  Thanks for tuning in! 🙂