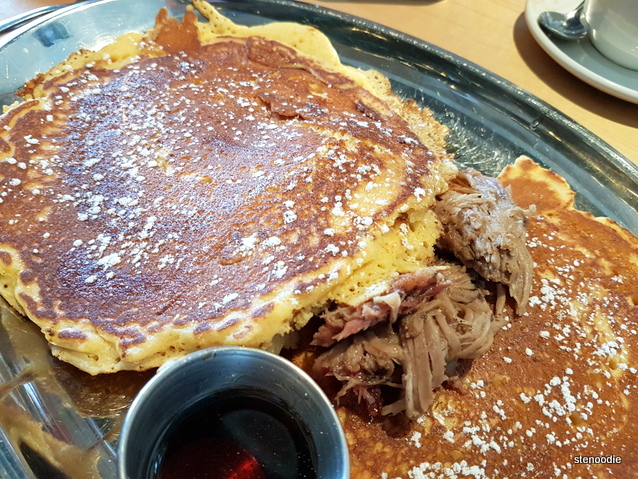 On our last day in Collingwood, we went to TheSmoke for brunch!  It was a Sunday brunch and there was a dedicated menu where I chose the Pulled Pork Pancakes with Jack Daniels Maple Syrup and Ken chose the Eggs Benny.

We were one of the first ones here for brunch on a Sunday morning but the restaurant quickly filled up.  I liked the layout of TheSmoke.  There was a lower seating section that was very cozy and intimate.  Our server that day was accommodating and prompt with our orders.  (When she accidentally refilled Ken’s coffee cup with hot water, she immediately and promptly replaced the cup with a brand new cup of coffee.) 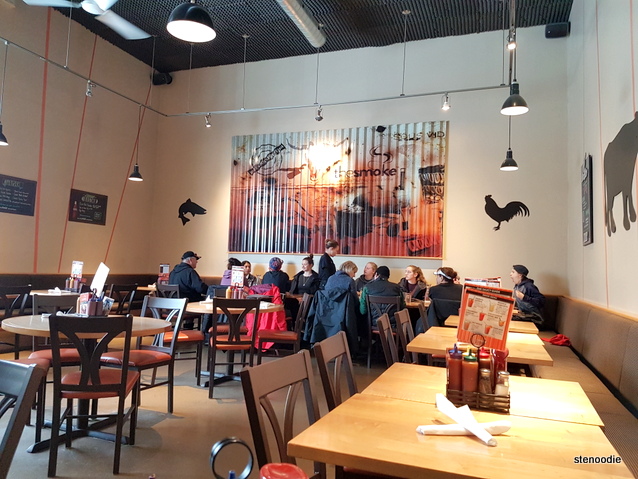 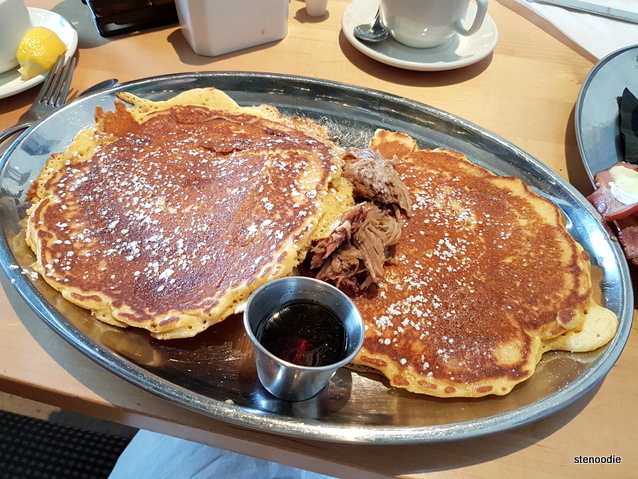 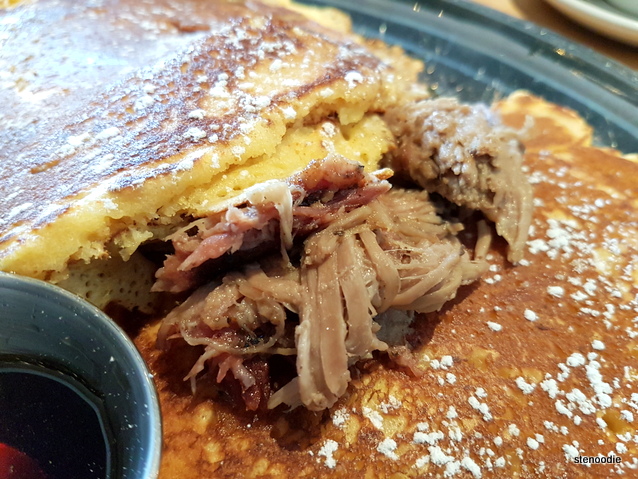 Close-up: You can see the pulled pork right between the two pancakes 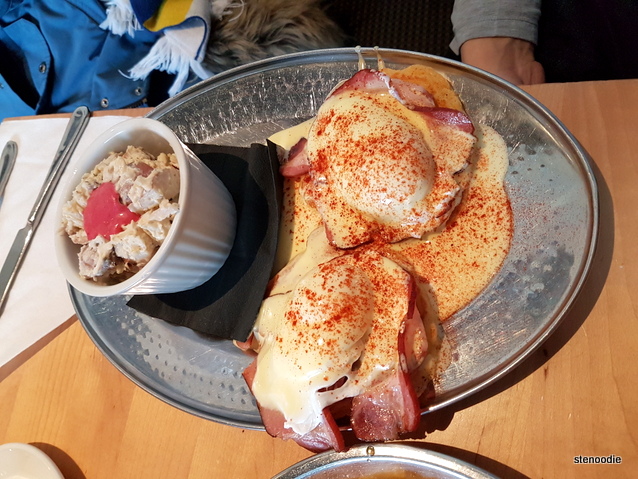 The Eggs Benny were two poached eggs served on their house made maple back bacon on cornmeal pancakes and topped with their house made hollandaise sauce with one choice of side.  Ken chose the potato salad as the side.  I liked the Eggs Benny too!  The maple back bacon was really yummy and had the consistency and thickness of peameal bacon.  The poached eggs were perfect.  The hollandaise sauce was a little more sour than the usual types but it helped to open up your appetite.  Ken really liked the potato salad but I thought it was a tad too chilled for my taste. 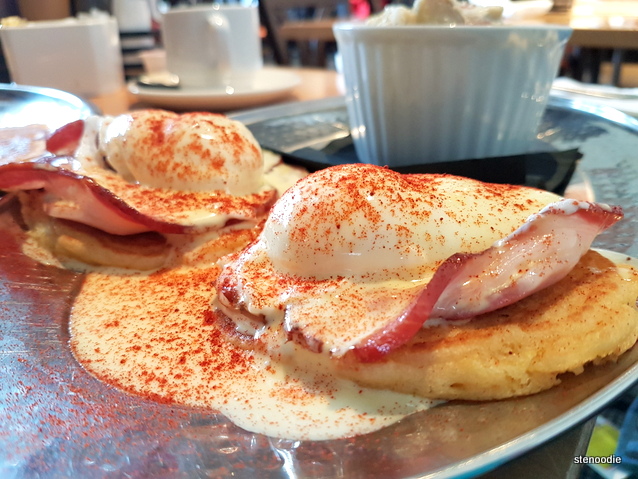 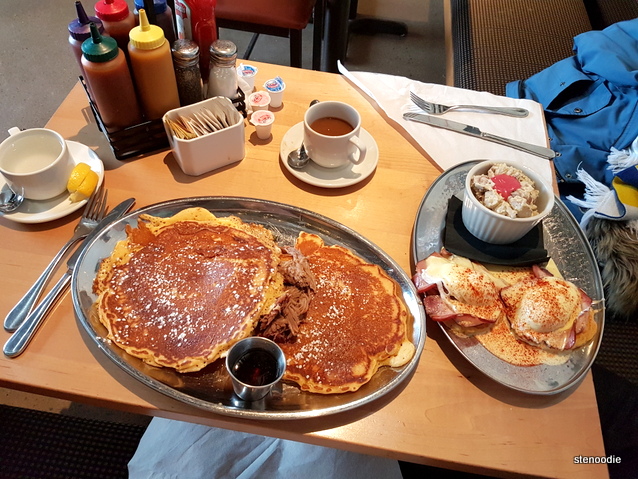 Satisfying and filling brunch at TheSmoke

I was really glad that we got to try brunch at TheSmoke.  The portions were so big and filling and the prices were so reasonable.  I had been here once previously with some friends but then they decided to back out last minute to go to a cheaper restaurant.  And another time when we came here the night before wanting to dine in for dinner but we were put on a waiting list due to the overflow of customers on a Saturday night.  I would love to come back to TheSmoke to try more of their great barbecue offerings! 🙂