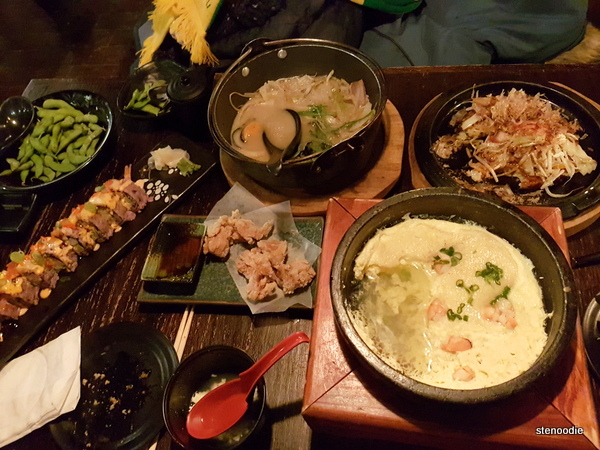 Dec. 31, 2017:  On the last day of the year, we went out for izakaya food.  We went to Tsuki Izakaya at Hwy 7 and Commerce Valley in Richmond Hill.  We had previously tried to dine here for lunch, but it wasn’t open for lunch on the weekends.

We arrived at Tsuki Izakaya on a freezing cold night at 5:30 p.m. and were one of the first customers there.  I loved the interior design of the place!  The sushi chefs were positioned on a higher platform so as to be able to oversee all the customers, it looked like.  The restaurant’s seating was arranged into quadrants with wooden partitions between each party.  It was so nice! 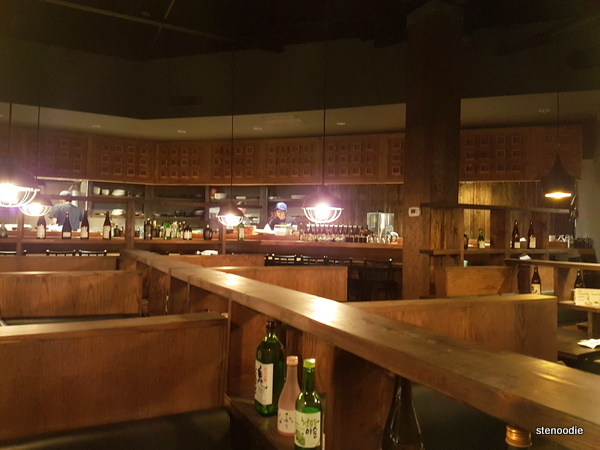 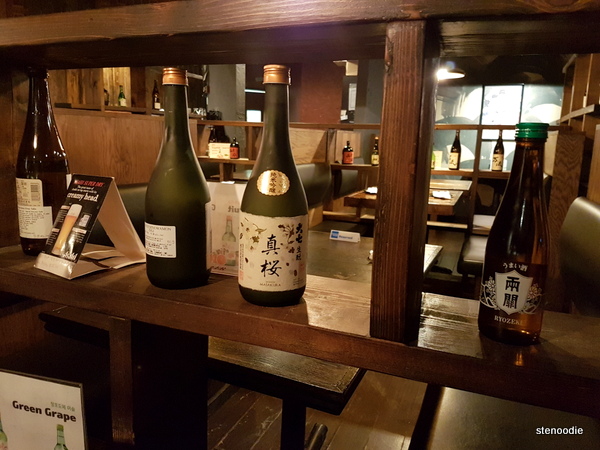 Looking through our booth to the one next to us

We ordered a lot of izakaya dishes to share.  I loved the variety of food we had at this meal. 😀  There were both Japanese and Korean items on the menu.  They offered items like sushi, udon, ramen, nabe (hot pot), okonomi yaki, and lots of izakaya small dishes. 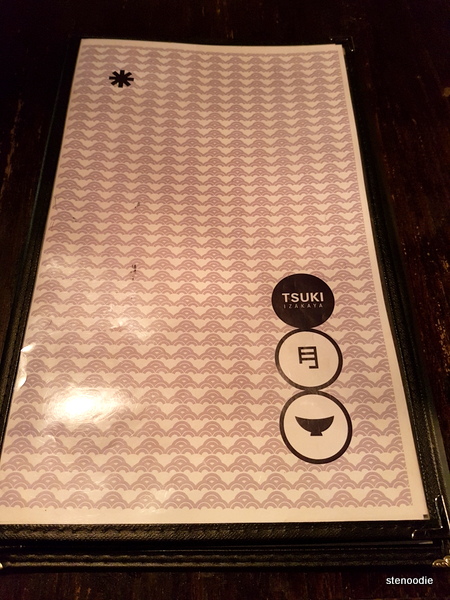 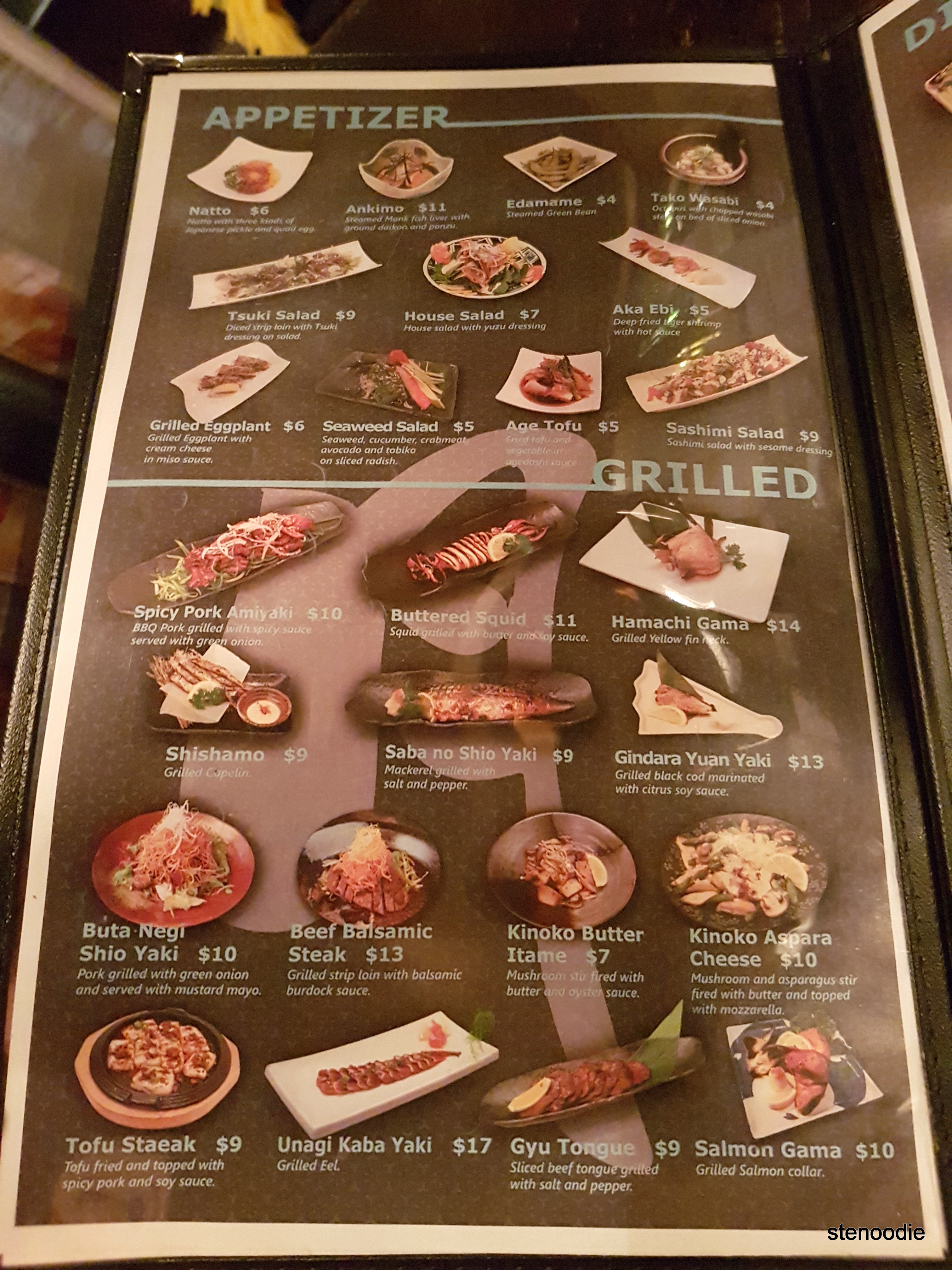 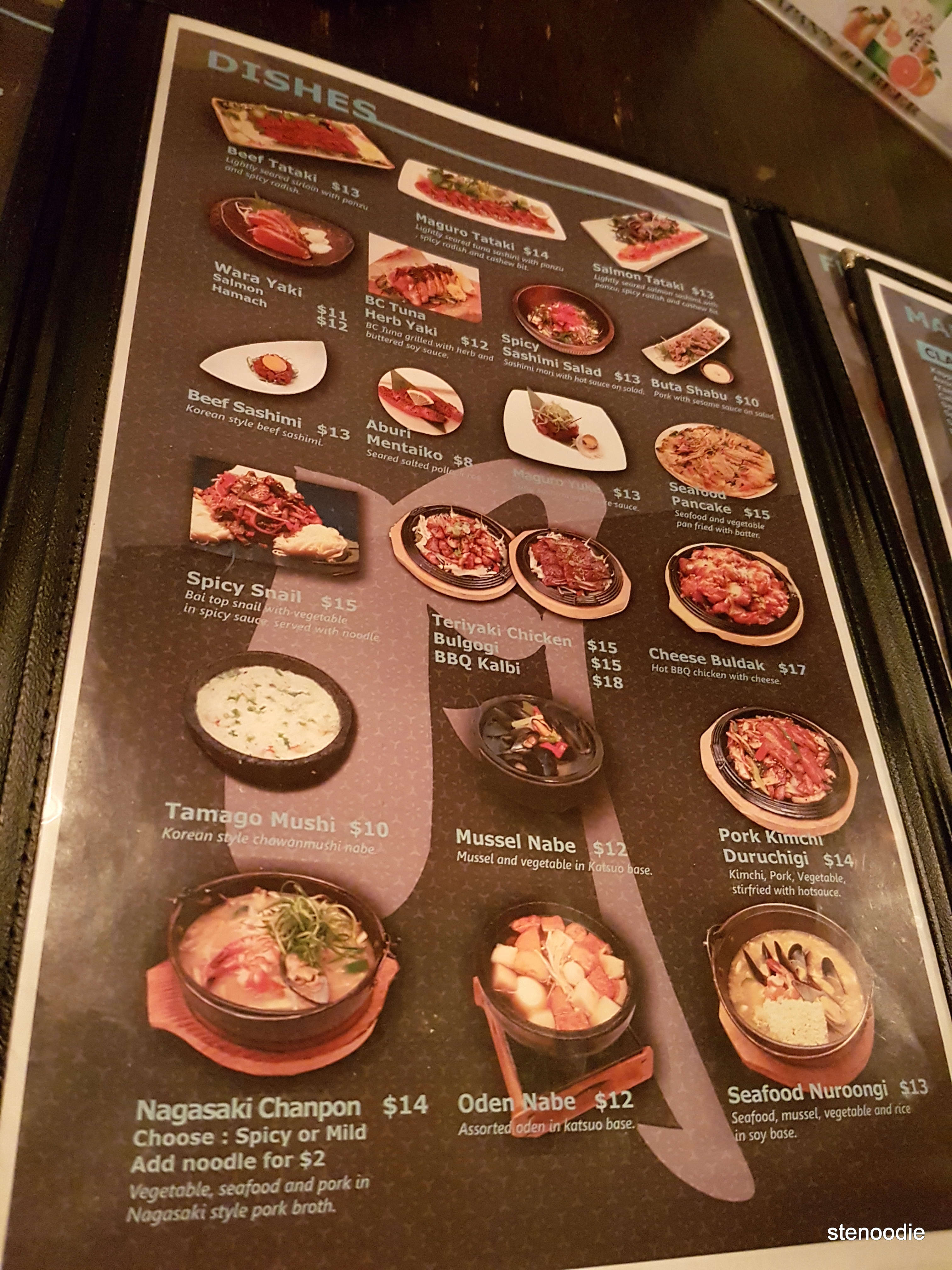 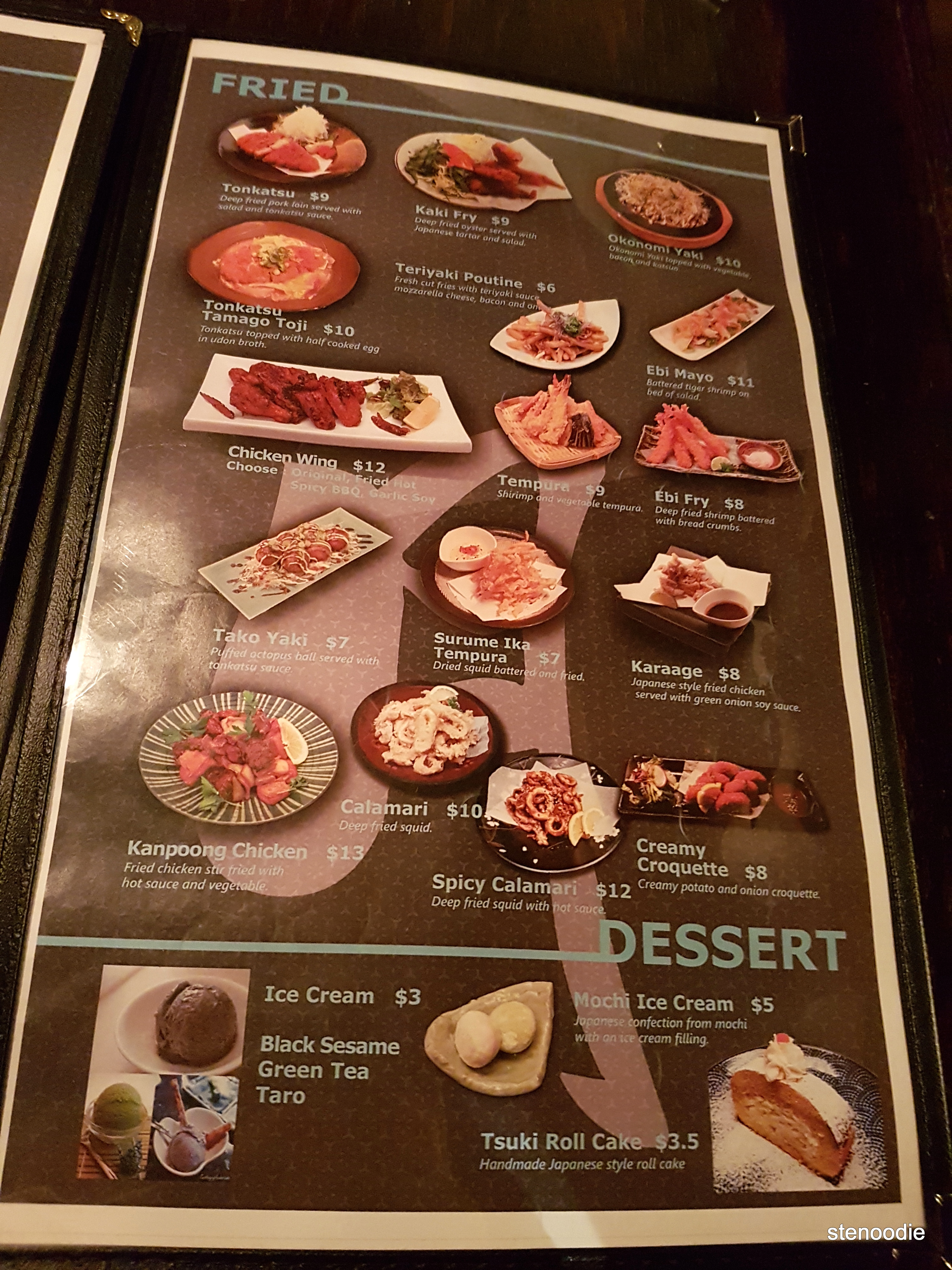 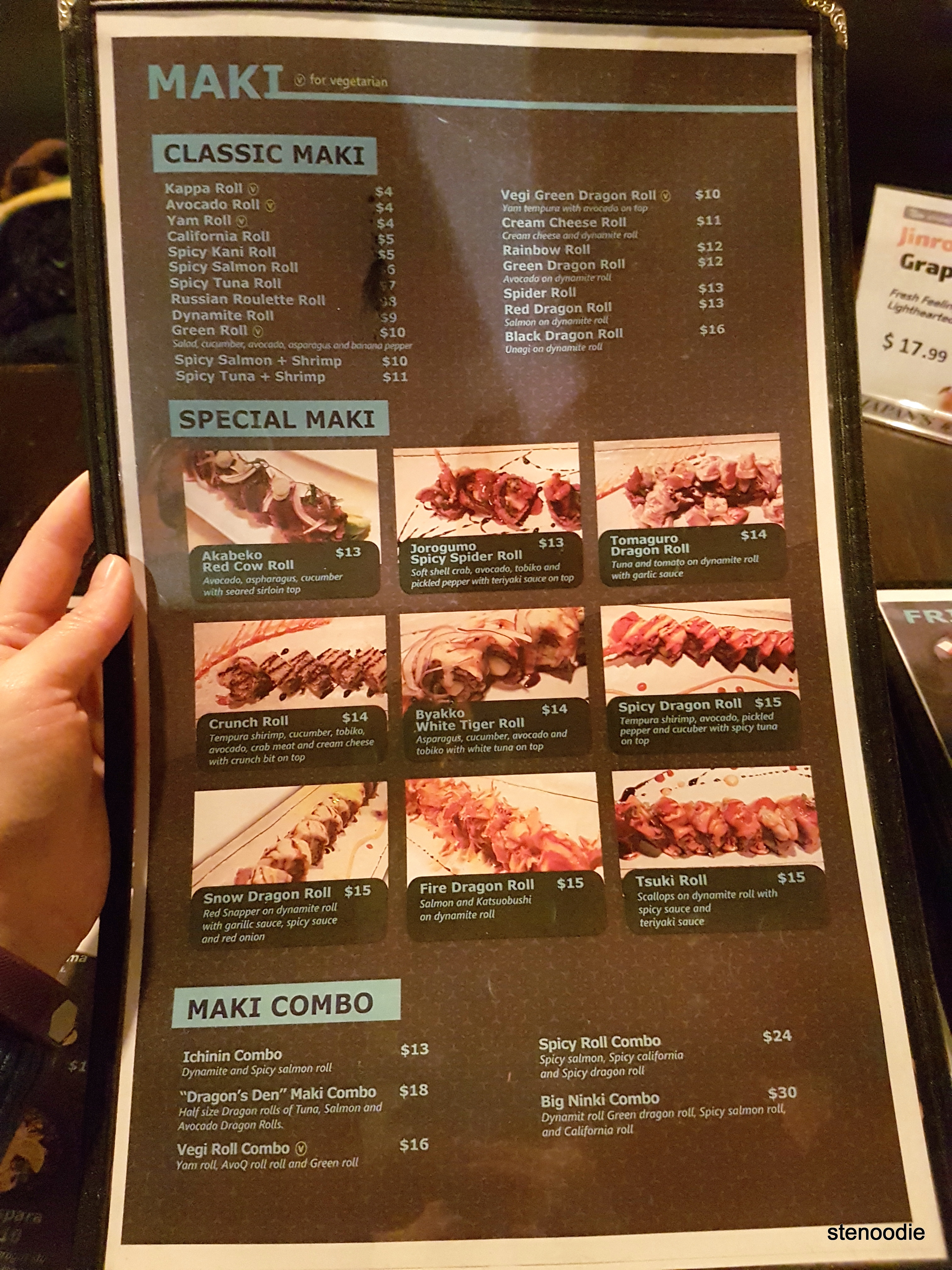 The Edamame was the first to arrive.  I was pleasantly surprised with how large the portion was.  The beans were a bit hard for my taste at first. 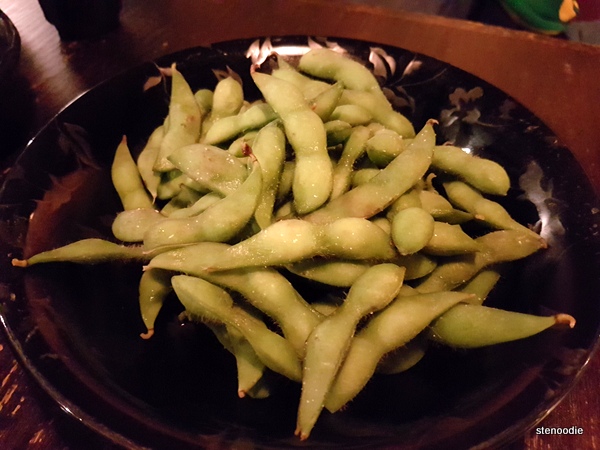 The Nagasaki Chanpon was a large pot of pork broth with veggies, pork, and seafood.  You could add noodles to it too.  This was great for a cold winter’s day.  The pork broth was sooo flavourful and delicious!!!  I didn’t expect that at all.  The amount of seafood in it was generous too. 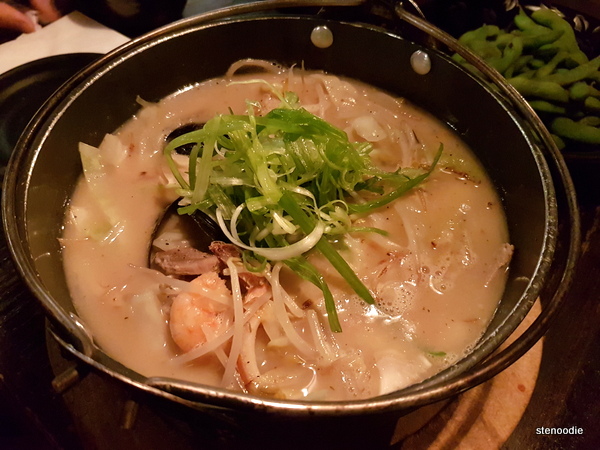 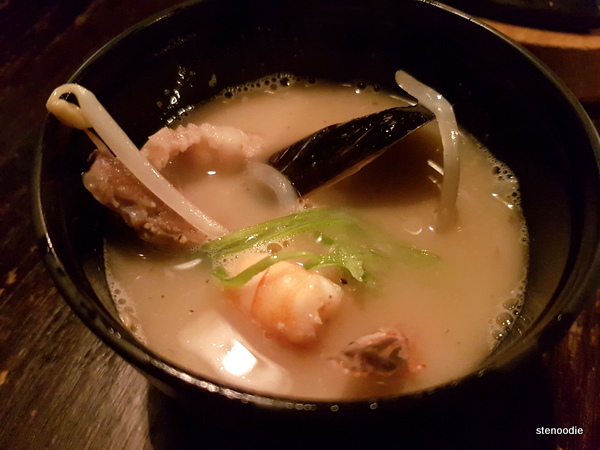 I haven’t had Okonomi Yaki in a while.  This one was pretty good.  It had the Japanese mayonnaise on it and was sweet and tarty.  It had slices of pork on it too. 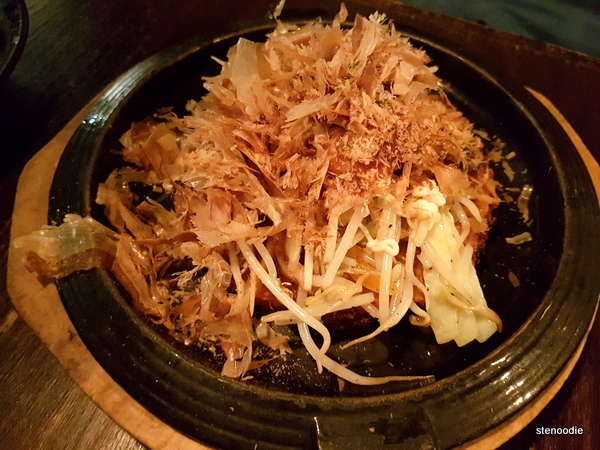 The Karaage was just okay to me.  It was crispy and looked good but lacked seasoning for my taste.  It came with a light green onion soy sauce too. 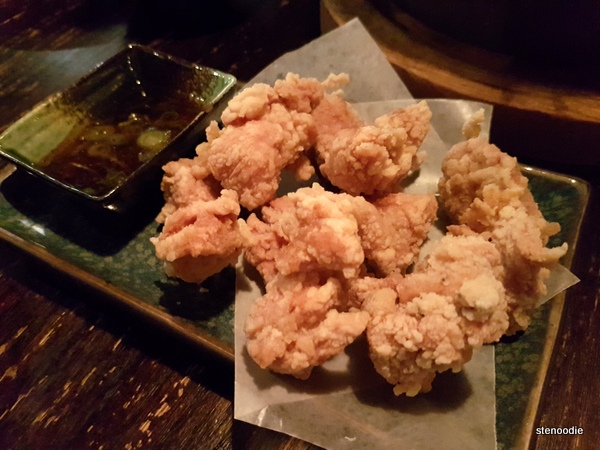 I also ordered an item from the nabe section.  This Tamago Mushi was a Korean style steamed egg with shrimp in it!  There was a bit of clear broth in it too which was really good.  Comfort food to the max! 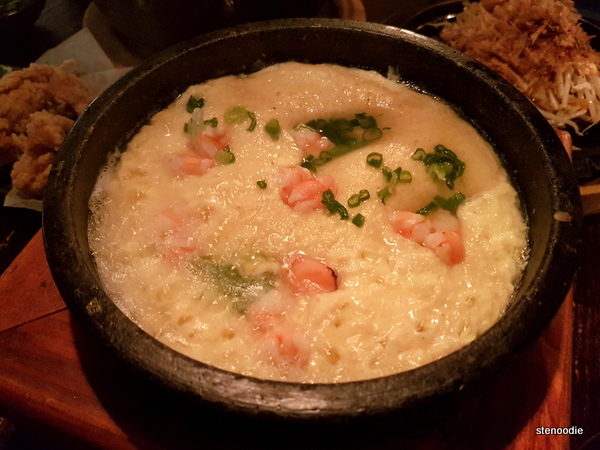 Last but not least I wanted to try their Tsuki Roll.  When it arrived, I was surprised to see that the roll was made with purple rice instead of typical white rice.  This was a sold roll; the size was not too big and the raw scallop on top of the dynamite roll was just to my liking.  Yay! 🙂 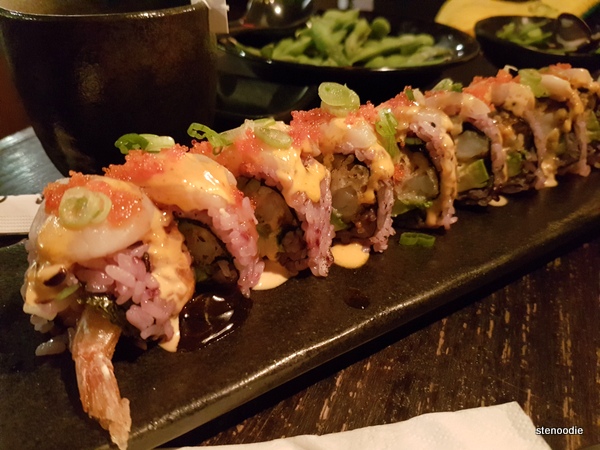 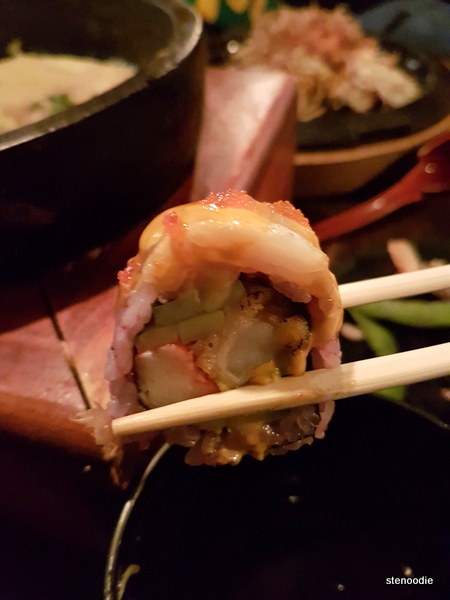 I liked this meal and definitely wouldn’t hesitate to return in the future.  The service was really attentive too; the server kept coming by our table to see if we needed anything and to clear empty dishes from our table. 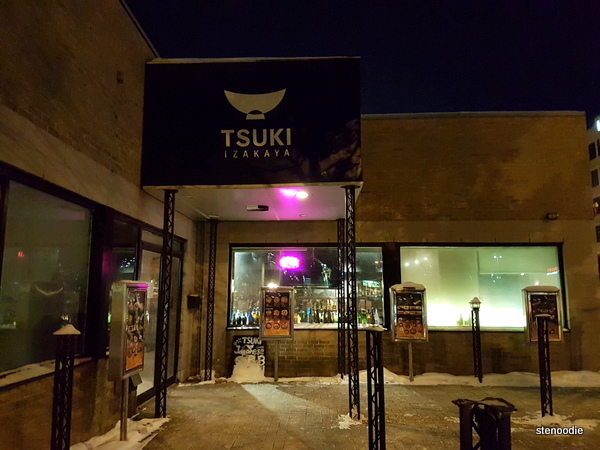