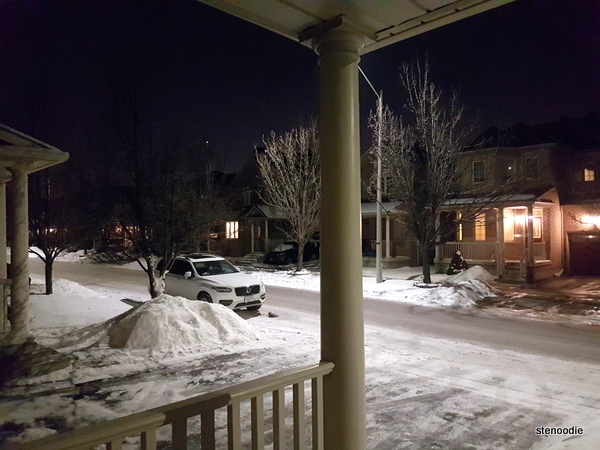 After a snowstorm in the winter, when you go out into the cold outdoors at night, there’s a certain silence that can’t be captured or put into words.  It’s different from the silence in a library or the silence in your own room at night.  The silence is almost muffled and it’s like the air is dead in a quieted state.  There’s really no silence quite like it.  Even last night after shovelling the driveway, I stopped and paused for a moment to admire the silence and soak it in.  Come summer, even when it’s quiet at night, it’s a different kind of silence.

(Fun fact:  This is the second photo of the WPCs that is taken the day of the challenge.  That doesn’t happen often. :D)

I'm a stenographer, foodie, avid traveller, and new mom who loves to share her experiences with the world.
View all posts by stenoodie →
This entry was posted in Weekly Photo Challenge and tagged photo challenges, postaday, silence, weekly photo challenge, winter in Canada, Winter silence. Bookmark the permalink.