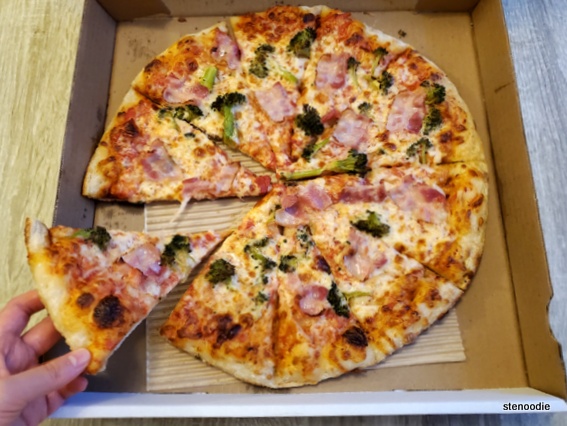 The pizza craving came up again.  This time, the husband suggested a new pizza spot called Pizzaiolo.  Apparently, it is a chain already popular in the downtown Toronto area, but I hadn’t heard of it before.

We ordered one medium pizza with three toppings.  All I wanted on it was bacon, broccoli, and cheese.  We had extra cheese added to it as well.

The pizza was delivered contactless and the food runner rang the doorbell when it arrived.  They have numerous locations in Toronto but just one in Richmond Hill so far. 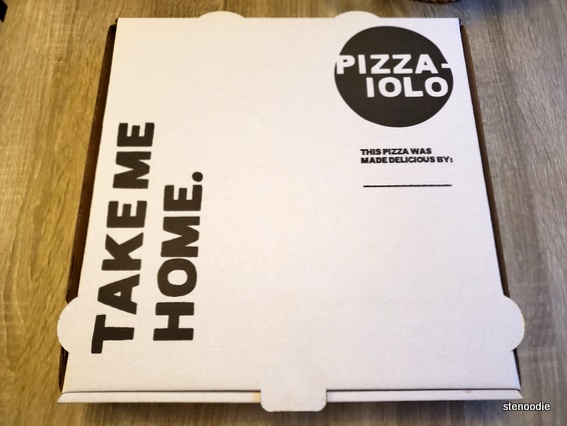 The three-topping medium sized pizza was all right.  I found the flavours a bit on the bland side and even though we had ordered extra cheese, I couldn’t really taste it.  It was still a nice pizza, but I wasn’t wow-ed by it for sure. 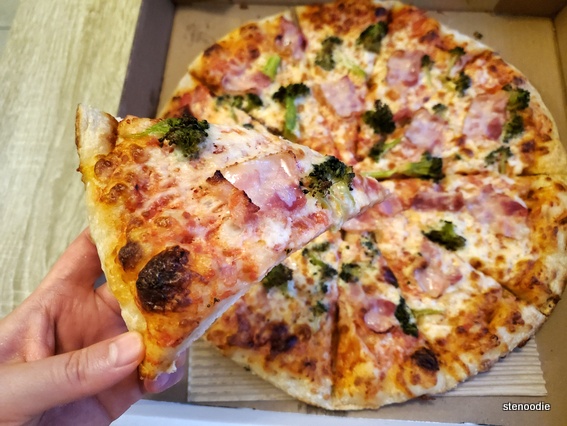 When you take a look at the pizza itself, you can see that not all of the toppings are evenly spread either.  A couple of the slices don’t even have any broccoli on them. XD  Nevertheless, we still finished the pizza in one sitting with only one slice left over.

Have you tried Pizzaiolo?  What’s your take on this pizza chain?