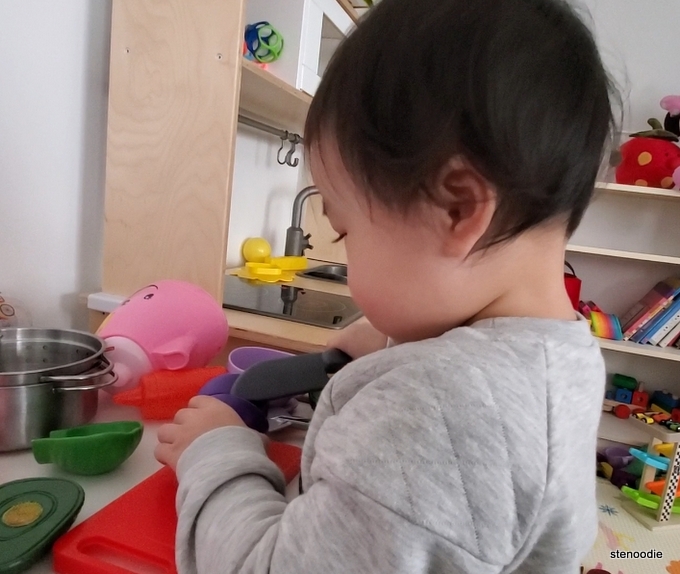 Practising knife skills: cutting the toy eggplant on the cutting board