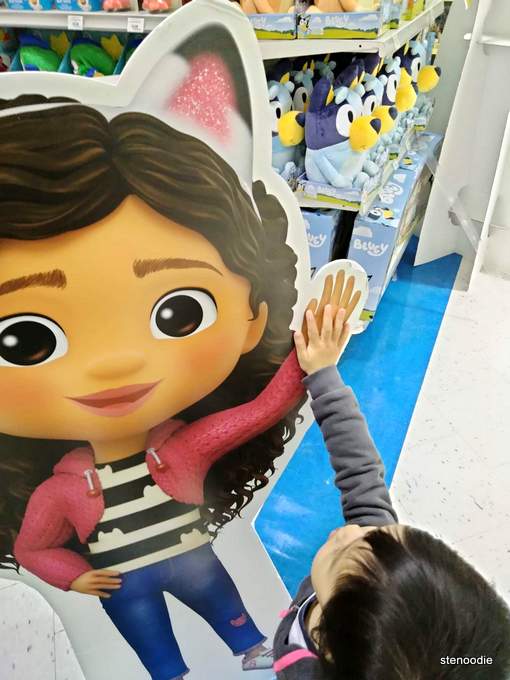 High five with the cardboard girl at Toys R Us!