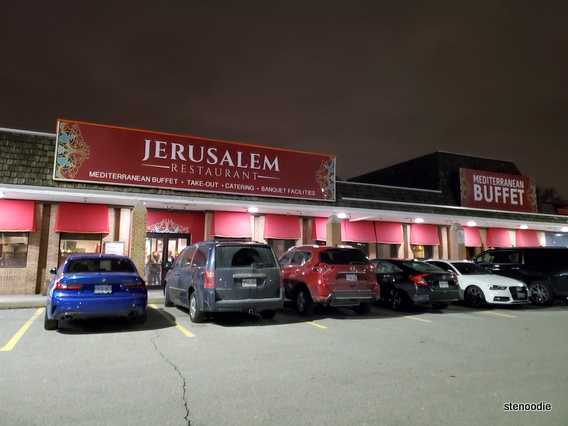 According to their website, Jerusalem Restaurant was established in 1971 and became the first Middle Eastern restaurant to serve the City of Toronto.  They have two locations in Toronto (Eglinton and Leslie).  Both are family-owned and actually a joint venture of three brothers who wanted to provide a warm, casual atmosphere while offering a splendid variety of home-style Middle Eastern cuisine. 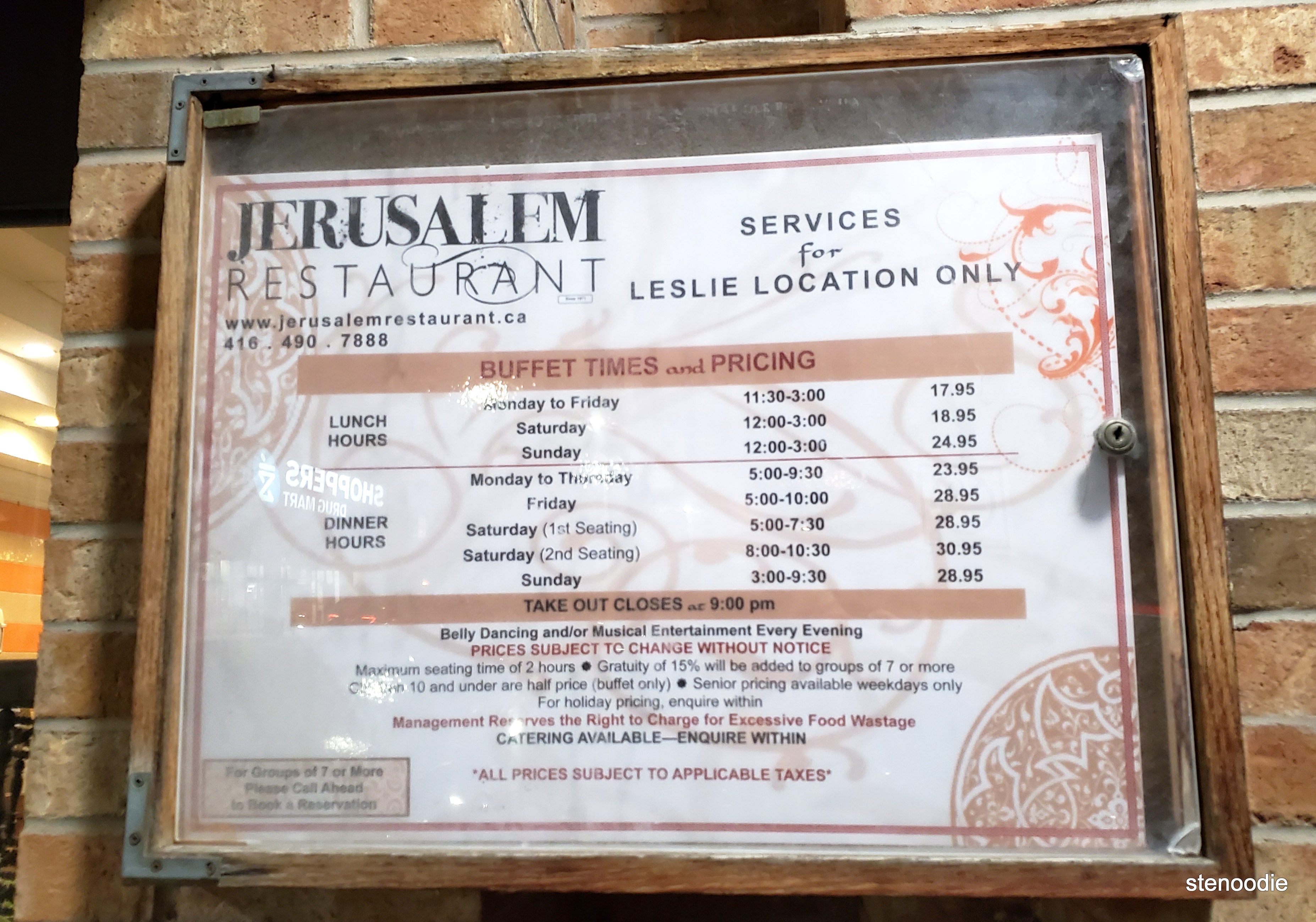 We visited the Lesile Street location just north of Sheppard Avenue East.  Before visiting, I did make a reservation on the phone as it was a Friday night. 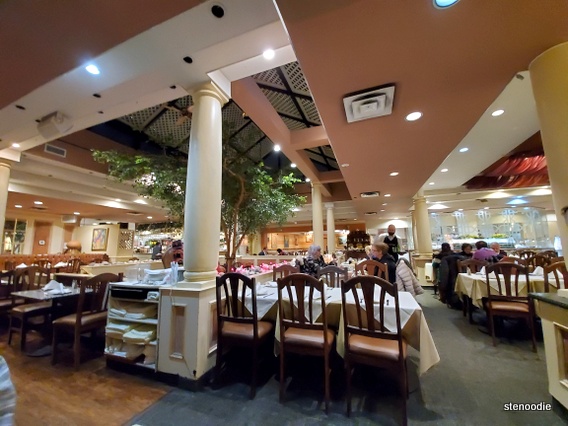 The dining room from my seat

When we arrived at 7 p.m., we were led by the host into the main dining room to a table right next to the performance stage.  The decor of the restaurant was charming and nice.  I liked that there was a little “pit” in the middle of the dining room with a fake tree which provided a somewhat private area for patrons to celebrate a special occasion if they wanted to.  Our server took our drink orders and placed us a basket of fresh pita bread on the table.  Then we were left to peruse the buffet offerings. 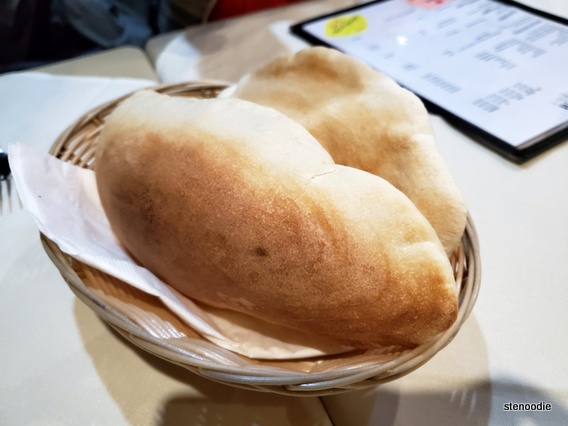 Basket of fresh pita on the table 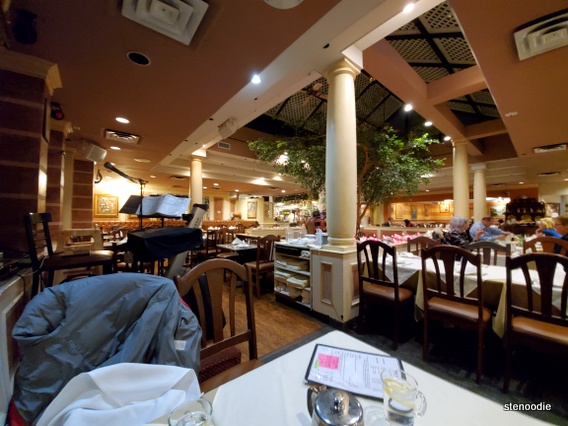 You can see the performer’s stage right beside our table

I was so impressed with all of the vegetarian, vegan, and meat selections.  There were so many types of soups, salads, grilled meats like kebabs and skewers, pizza, rice, seafood like carp, shrimp and mussels, cold selections, dips and spreads, fruits, and authentic Middle Eastern desserts!  There was a roasted lamb carving station as well.  Despite the food serving stations not being a huge physical area of the restaurant, there were so many different dishes and foods packed into each aisle.  It was a vast variety of food that anyone can find something they’ll like. 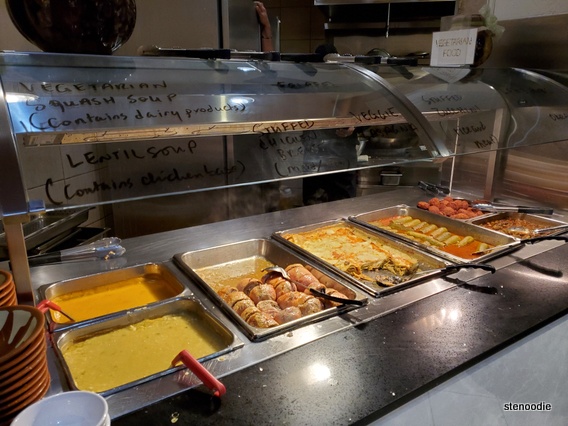 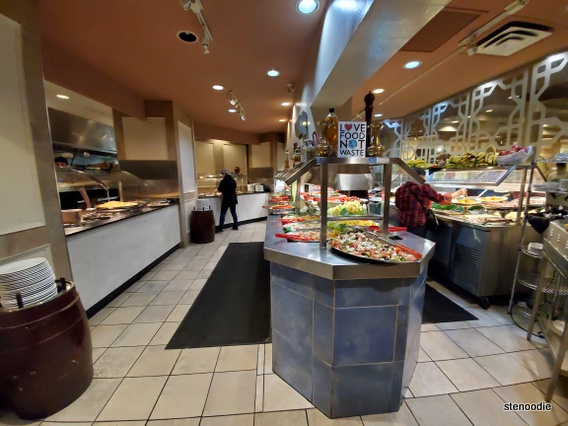 Overview of all food stations 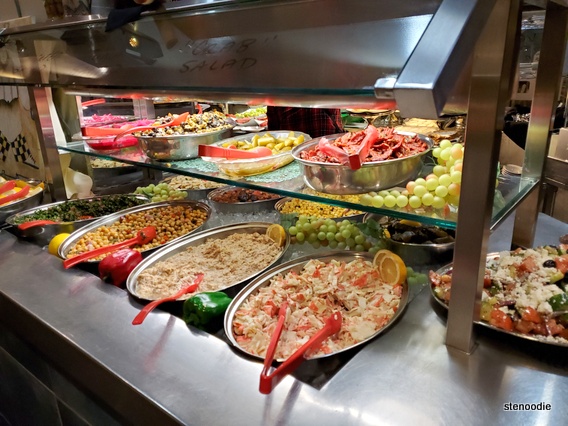 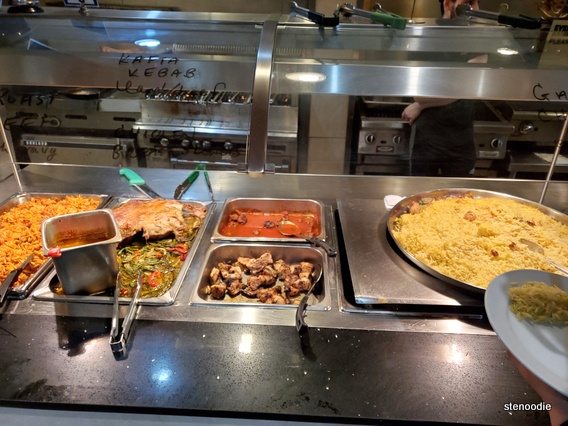 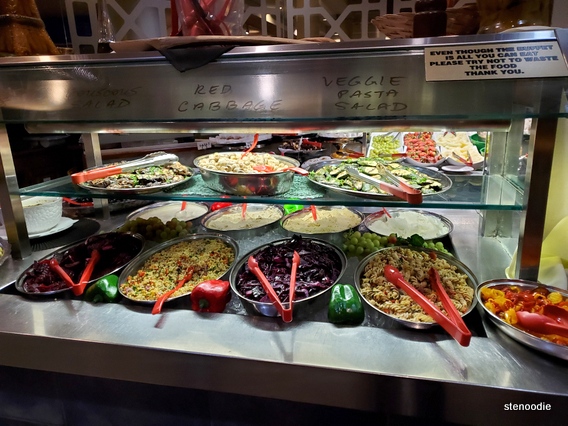 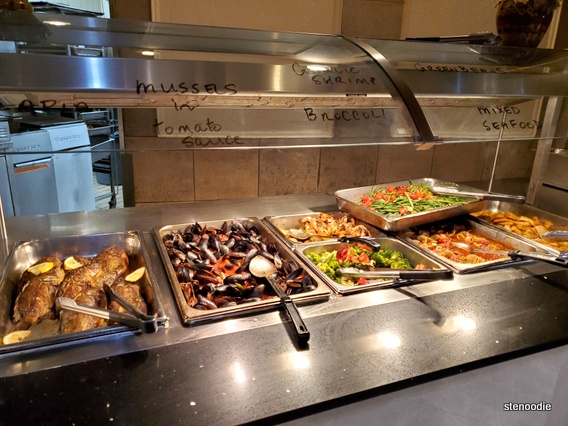 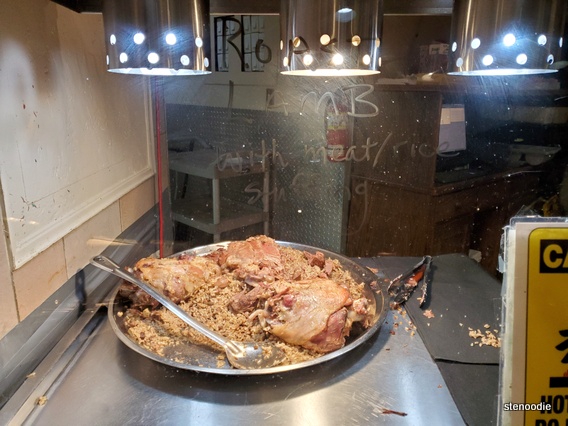 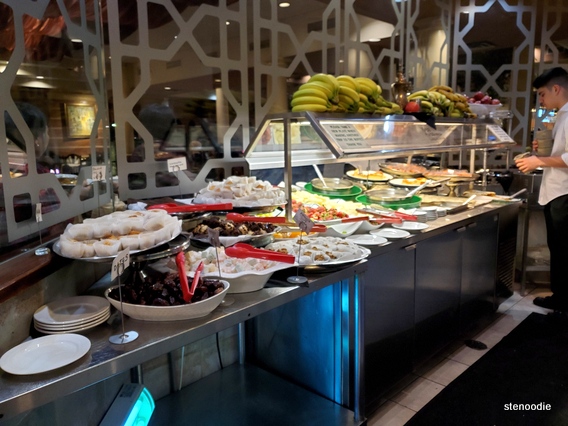 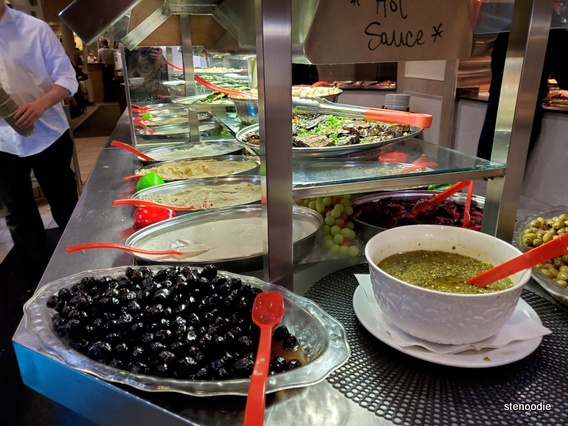 Everything I tried was so delicious and especially the lentil soup.  I actually went back for seconds because their lentil soup was so creamy and delicious.  I just couldn’t get enough of it! 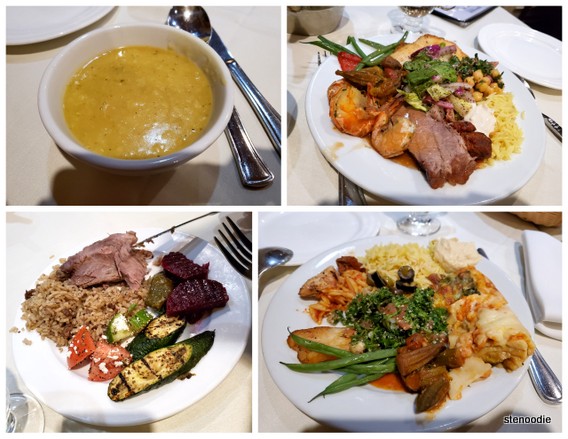 Delicious lentil soup and our various plates of food 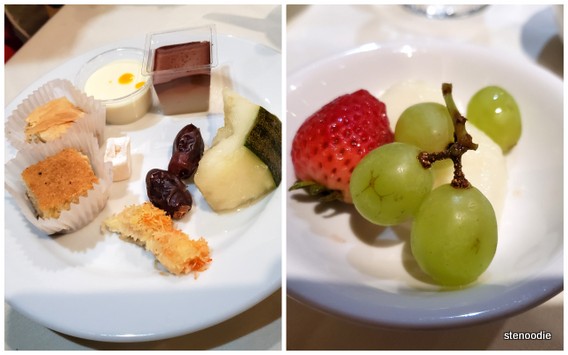 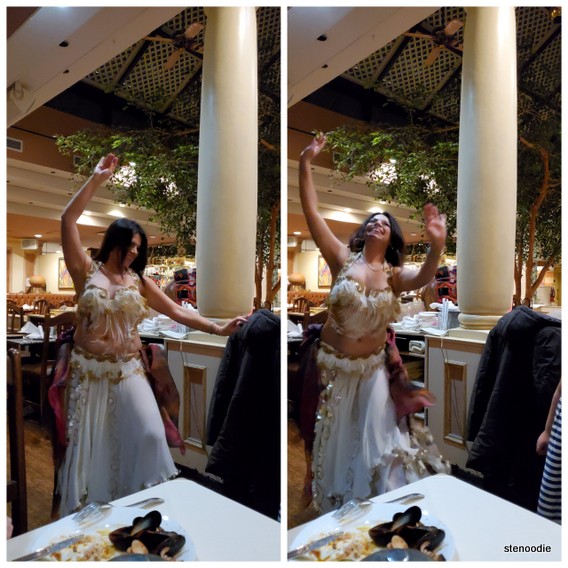 At 8 p.m. sharp, there was also a belly dancer who came out to wow the crowds.  There had been live singing too by a keyboardist right next to us on the stage.  He was such a natural singer that it sounded like the restaurant was simply playing a soundtrack over the speakers.  It was a really nice ambiance for food and entertainment.  It was also really cute how some young kids were dancing with the belly dancer as she came around to the tables.

As well, throughout the night, there were many birthday announcements made for those guests whose birthday it was.  There was a song and a small dessert with a candle from the staff, which made it special for the birthday boy or birthday girl.

We loved this restaurant and the fresh and delicious food that they offered.  We can’t wait to come back for their buffet service!  It’s especially great for vegetarians or vegans because they have so many different types of non-meat dishes to choose from!