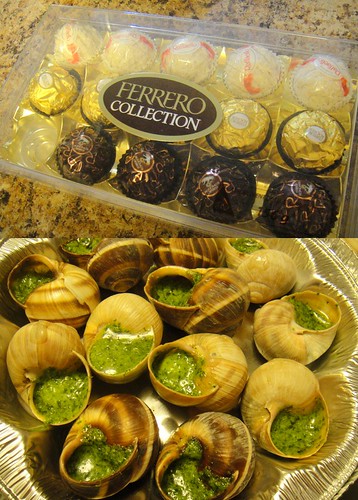 Sweet and Salty — What chu saying to each other?!

This week’s photo challenge is about dialogue — two pictures “talking” to each other.  When I opened up my folders to find a good fit — initially thinking what the heck am I going to use for this challenge –, the first two pictures that I saw “spoke” to me (lol, pun intended!).

Look at these two food items: they’re both round, they both have something delicious inside of it, and they are opposite in flavours; one is sweet and one is salty.  One you eat before a meal (appetizer) and one that you eat after a meal (dessert).  You can eat either one as a snack as well.  See, they’re talking.  The last thing they say to each other other is that one is ready to eat, bursting and glimmering with olive oil and seasoning while the other’s treasure is contained behind a plastic wall and under layers of candy wrap.  Haha, this week’s challenge was more fun than I expected! ^_^