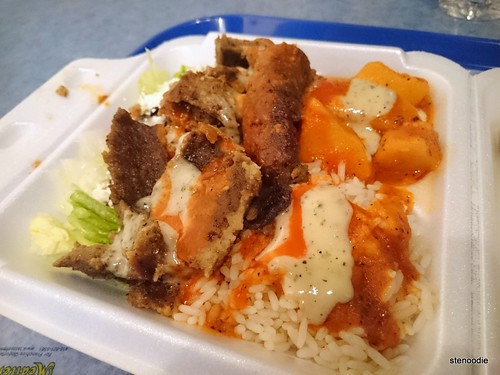 Taste Of Mediterranean is a Greek fast food eatery that you may have seen in your local food court in the shopping malls.  They actually have three stand alone rest shops in the GTA, of which Richmond Hill is one of them.  Sarah and I were going to have lunch to catch up and since the next-door Fresh Fusion turned out to be closed even though their business hours show it shouldn’t have been, we stepped into Taste Of Mediterranean for a quick dinner. 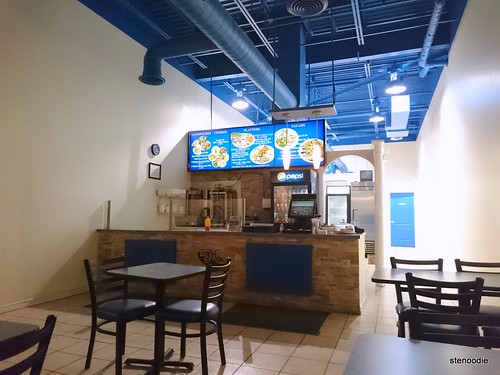 One man working behind the counter

Taste Of Mediterranean has a very simple store front.  It’s meant to be a fast food type of place where you order your food at the counter, watch it being made/assembled quickly in front of you, pay for it, and then take it out or choose a table to dine in.  When we arrived on a Tuesday night, the place was empty.  The man at the counter served us and we noticed that he was quite sauce-happy when making everything. 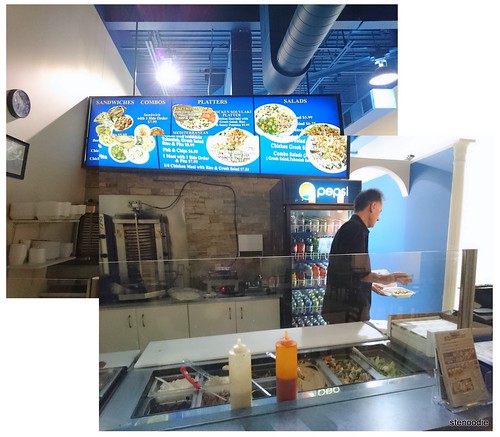 I chose the Greek Platter which included beef gyro with Greek salad, rice, saucy potatoes, and a pita.  I haven’t had Greek food in a while and I actually miss it!  Everything was placed into a Styrofoam box and was quite a large meal! 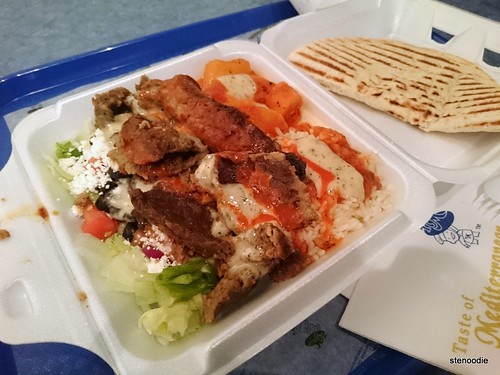 The Greek salad was very good with extra black olives and was very saucy!  Yum.  The beef gyro was in large chunks and tasted very soft and flavourful.  I actually really liked it!  I remember having gyro previously as thinly cut slices and not as soft as this one was.  The rice was also very good and fine.  The saucy potatoes were definitely saucy and well done.  The pita was also fresh and a great portion — it was as big as the Styrofoam box was!  I didn’t finish my portion and it was perfect that it was already in a box so that I could take it home. 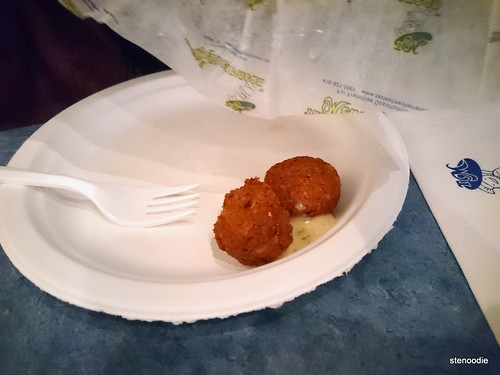 Sarah ordered an shawarma and falafel.  We were both surprised with how small the falafel was — usually they’re big and round!

I was pleasantly surprised with the quality of the food despite this being a simple-looking restaurant.  It was also very dead on a Tuesday evening; maybe it’s the winter cold that has driven most people to eat at home instead.

Taste Of Mediterranean is a franchise that has locations all over the world!  See if you spot them the next time you’re at a mall or around the GTA. 🙂