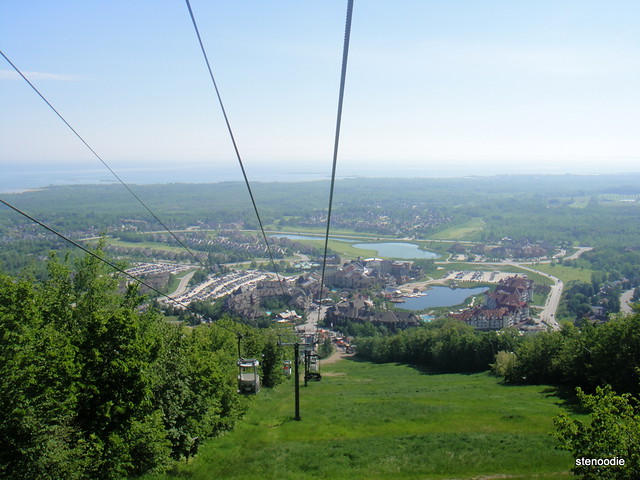 The theme for this week’s Photo Challenge is difficult!  There’s only one thing that “off-season” makes me think of and there’s no room to really be creative around this theme unless your ideas are kind of arbitrary.  I stuck to what the word itself means to me:  going somewhere during the off-season or off-peak times.

When we went to Blue Mountain for the DiSCOVER Retreat exactly two years ago, we visited the green hills of Blue Mountain during the summer season.  It was my first time there as I have been there a couple of times for skiing during the winter season.  It was so odd to see the hills green and without snow.  This was definitely an off-season capture.  We were riding in the gondola coming down from the mountain as we had finished hiking up there and had done some fun scavenger games. 🙂

I'm a stenographer, foodie, avid traveller, and new mom who loves to share her experiences with the world.
View all posts by stenoodie →
This entry was posted in Weekly Photo Challenge and tagged activities, Blue Mountain, Collingwood, postaday, summer, weekly photo challenge. Bookmark the permalink.