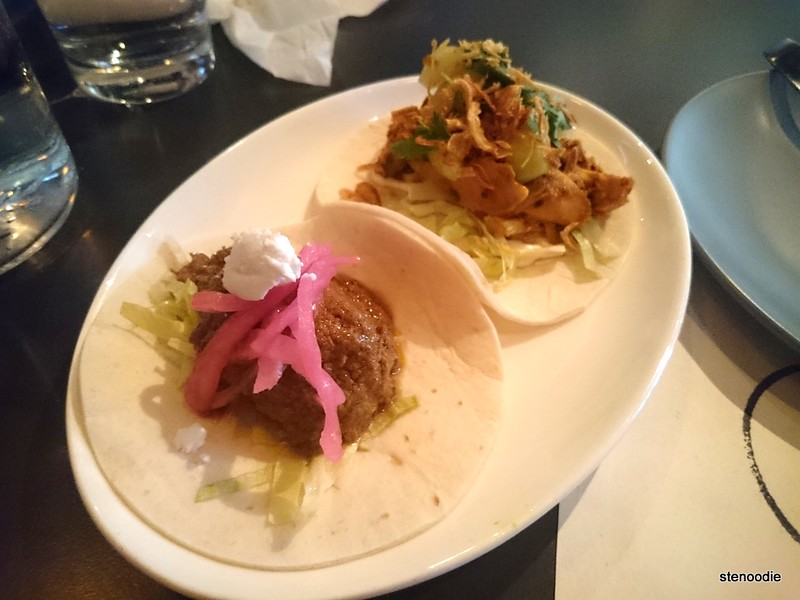 Located at 2031 Yonge Street in Toronto

Since I was in this area, it worked out perfectly for Alice and I to have dinner at Little Sister – Indonesian Food Bar, a restaurant that was new to both of us.  It is located just five minutes’ walk south from the Yonge and Eglinton intersection or Eglinton subway in Toronto.

It turns out that Little Sister is like a tapas food bar where all of their dishes are small and meant to be ordered aplenty to be shared.  Their small space was also very busy here when I got here at 5:30 p.m. with every table near the front of the restaurant bustling and loud.  They prefer reservations to be made because of this reason but luckily, we were able to get a table near the body of the restaurant.

It was so alive and bustling in there! 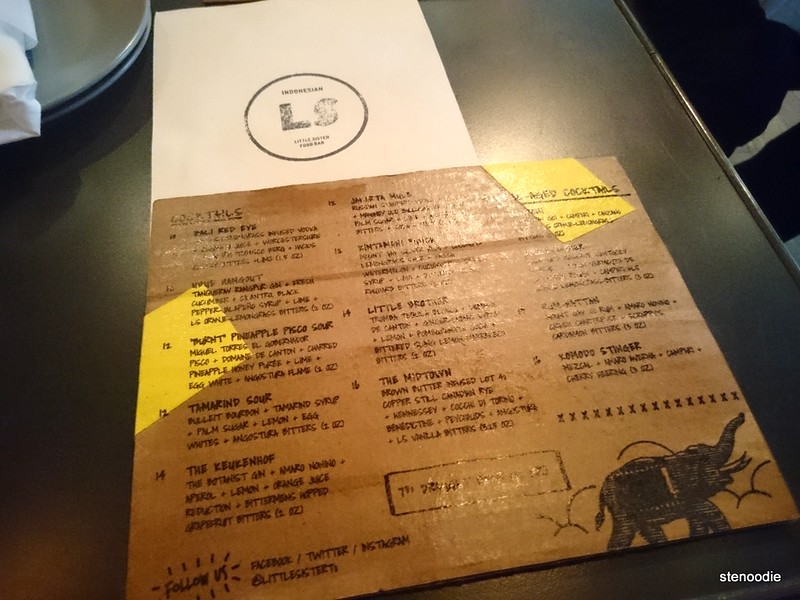 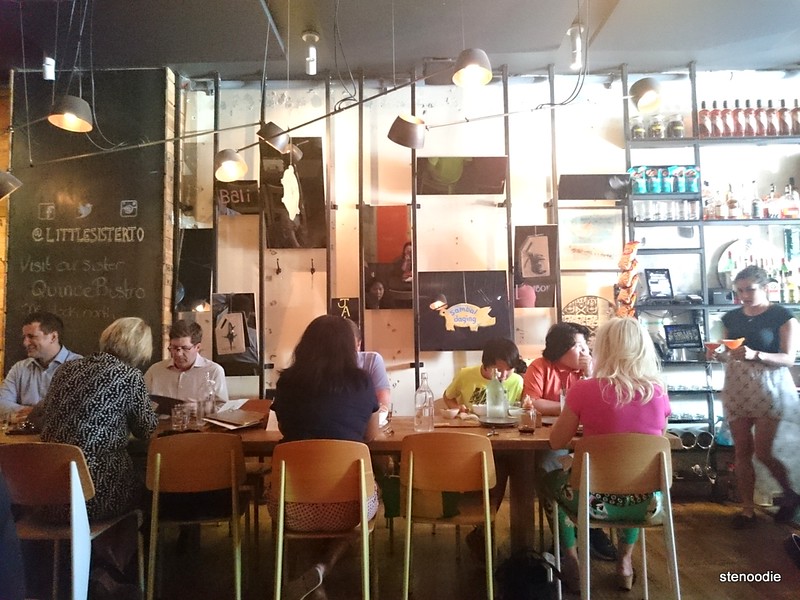 The vibe and decor in there is very nice

Alice and I ordered two tacos, one chicken and one beef, to try and also a main dish each.  The tables are quite small here, but as we soon saw, was perfect for the dishes since they were small too.  The tables are also quite close to other people so don’t expect total privacy when dining here.

It didn’t take too long for our food to arrive.  The tacos looked great!

I tried a morsel from Alice’s Balinese Shredded Chicken Taco and was impressed with the authentic chili flavour that was infused into the meat.  Its spice was quite distinct and I’m sure it was because it was a true Indonesian flair.  Nice! 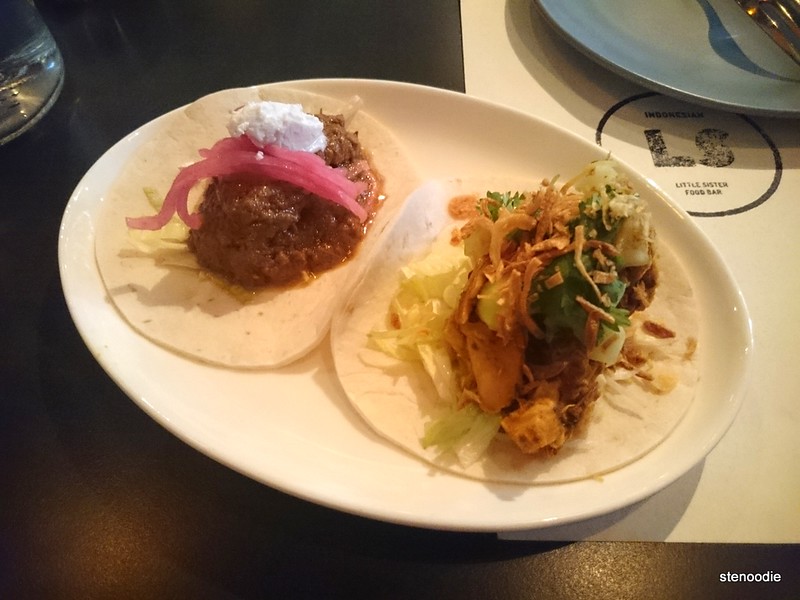 I tried my Rendang (beef) Taco and found that it was spicy in a similar way, but because the beef was mounded together instead of in chunks, it became quite chewy and not that great to chew through.   I really liked the taco skin though as it was just thin enough to hold the insides without falling apart or feeling mushy.  I liked the shredded chicken taco better.   It had better ingredients like pickled cucumber, crispy shallots, and sour cream that made the taco’s flavours and textures tie together more. 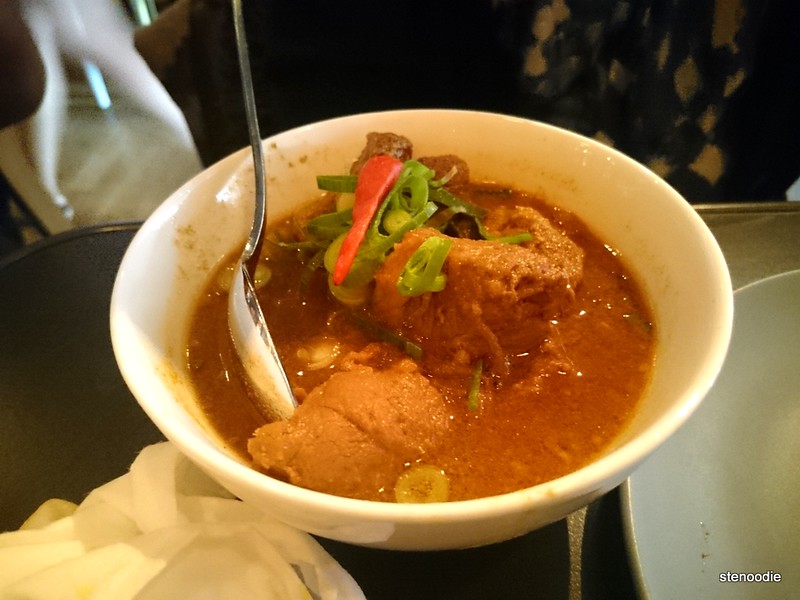 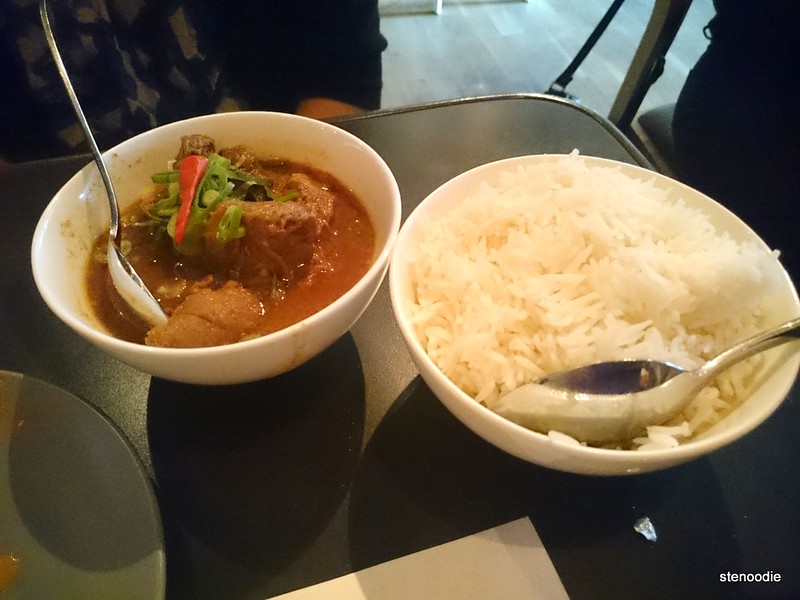 Alice’s pork shoulder arrived first with the white rice.  It was actually all placed into a small bowl as a stew.  It was a one-person-sized dish.  It was small.

When my Babi Panggang dish arrived, it was also very small.  This is a size of an appetizer that you would share with friends in a regular dinner restaurant.  I was very surprised with how tiny the portion was.  Considering that I was paying $15 for this, I really didn’t think it was worth it.  (Hm, my picture doesn’t show how small that plate really is.) 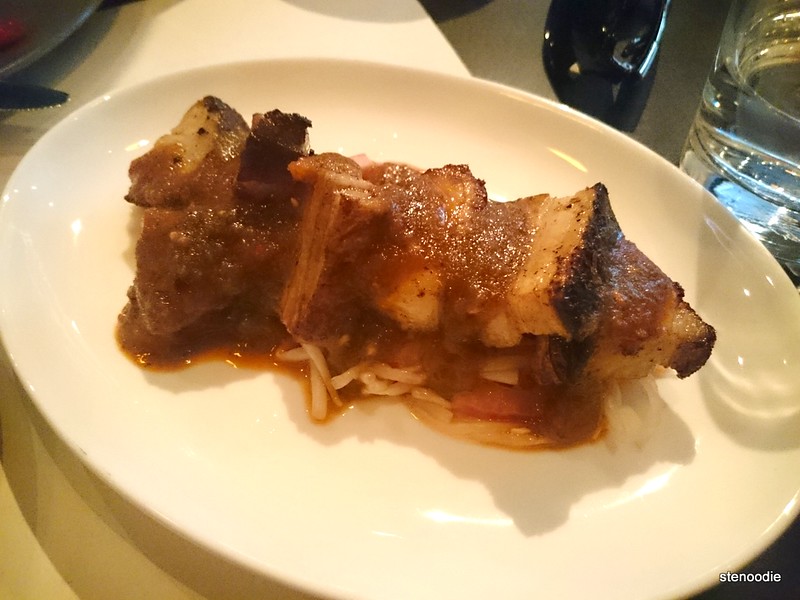 I tried the pork belly and it was indeed very well done.  However, there were so few pieces that I had to dine extra slowly and enjoy every bite.  Underneath the pork belly, there were spiced bean sprouts that tasted like coleslaw.  It was quite spicy!  They use real fresh chili here. 🙂 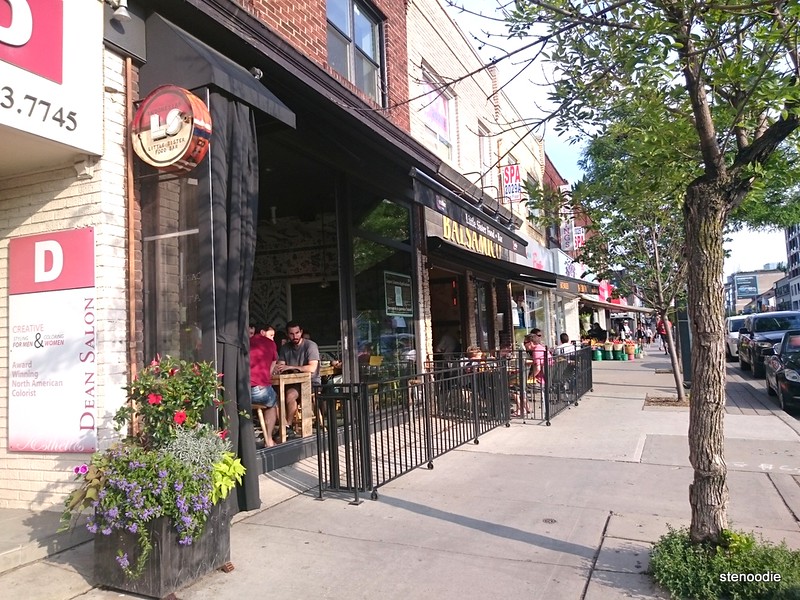 Little Sister from the outside

I think that Little Sister is a great bar place for at least four people to dine at for 6-8 dishes or at least order 4-6 dishes to share among two people.  Because their dishes are so small, they are meant to be shared so that you can try more of their food.  On this visit, our bill already exceeded what I expected to pay and we only tried 3-4 dishes essentially.  I really wanted to try more Indonesian dishes but didn’t want to break the bank.  I’ll have to be on the search for more affordable Indonesian dishes in Toronto!  (Or come with more friends next time 🙂 )