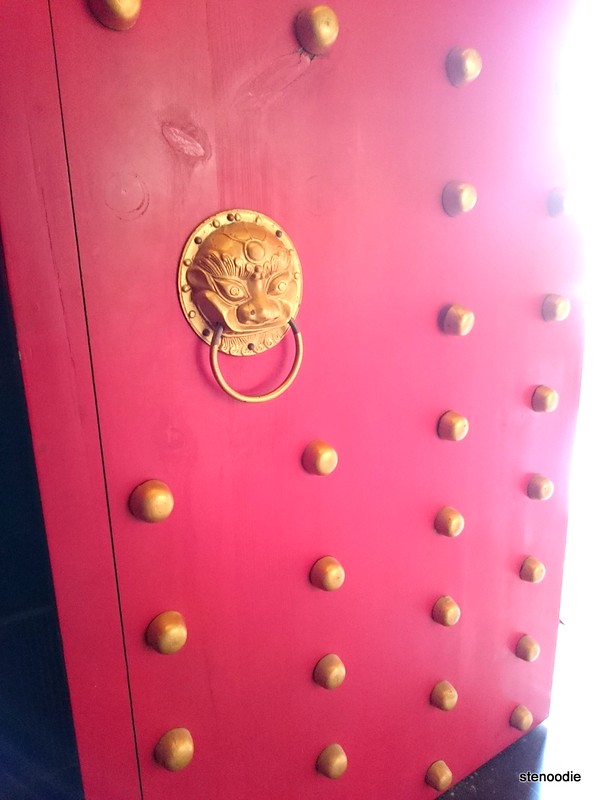 I have to admit.  I’ve never paid much attention to doors until this week’s theme brought up the concept.  It’s true.  There are so many doors that we see and go through but we never don’t really pay that much attention to them.  Some doors are actually really fascinating; the way they’re designed and painted, the colours, the texture, and what’s on them.

This door was taken from one of the tea houses that we visited on our Beijing trip earlier this year in March.  I had to take a picture of it because it’s one of those classic Chinese doors.  I didn’t even get to take such a close-up picture of one of these doors from my trip to Beijing in the summer of 2013, so this one will do.

Here is also a picture of me pulling on the door. 🙂 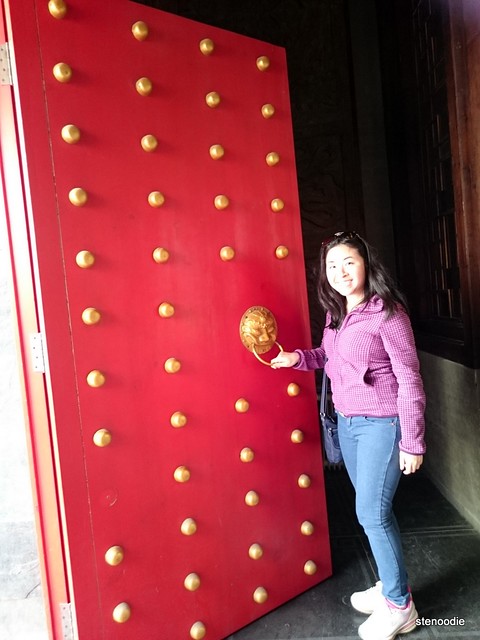 I'm a stenographer, foodie, avid traveller, and new mom who loves to share her experiences with the world.
View all posts by stenoodie →
This entry was posted in Weekly Photo Challenge and tagged Beijing, China, classic, door, postaday, weekly photo challenge. Bookmark the permalink.