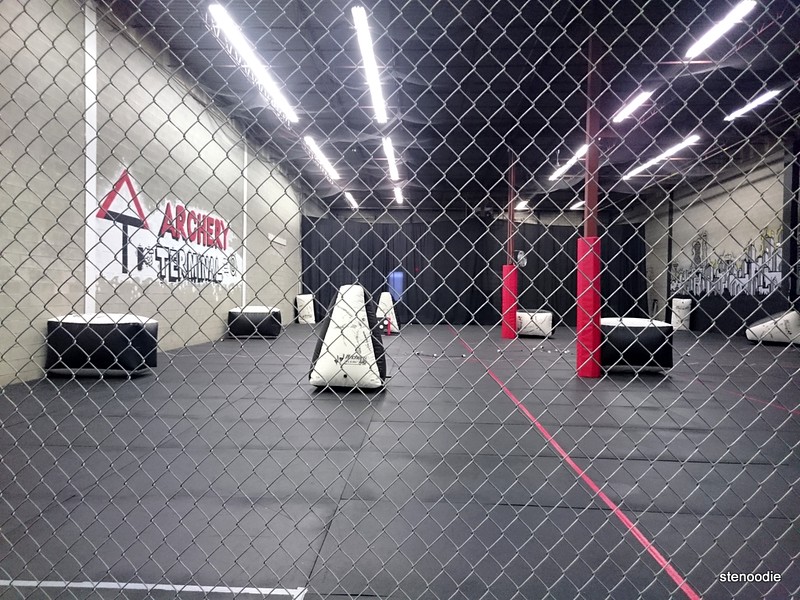 There are so many fun activities and social events that you can do around the city, one of which is archery tag!  I’ve seen so many friends post their pictures after playing at various archery tag locations around the city that when Tam invited me to her archery tag birthday party, I was super excited.  Fun with friends, new adventures at a fun event — what else could you ask for?  (Food, actually, haha.  But we did have food afterwards :D).

Tam booked for us to play archery tag for an hour’s time at Archery Terminal located in Mississauga.  It was a little bit of a drive for me but it was worth it.  Tam booked it for 7-8 p.m. and we were all there promptly by 6:30 p.m. so that we could get about half an hour of training before we started.  Each person paid $28. 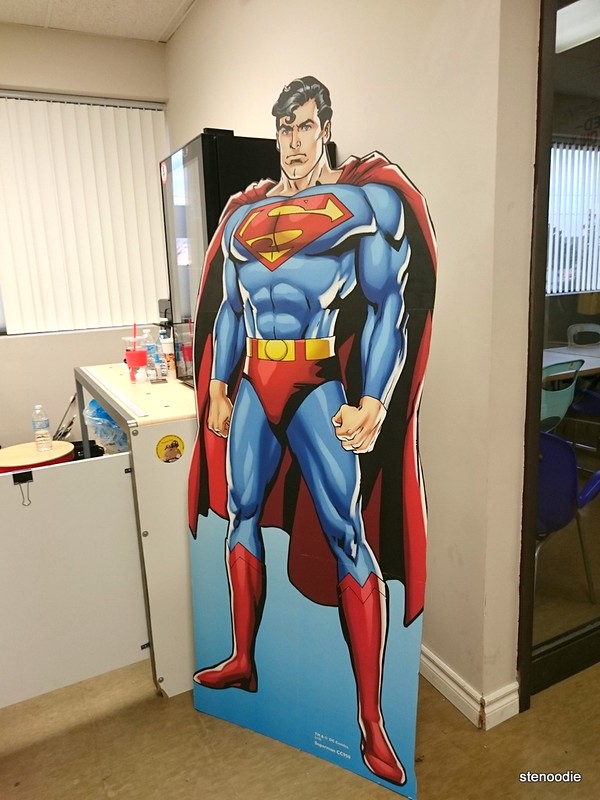 They had superhero cut-outs at the venue

Archery Tag® is played similar to dodgeball with our bows and patented foam-tipped arrows. Two teams will battle to knock out key target pieces of the opposing side. Obstacles are set on both sides of the field to challenge the teams to communicate and strategize a plan to eliminate the opponent. A team can also win by disqualifying their opponent through tagging every opponent out or having more points than the opponent when the set time limit reaches zero. 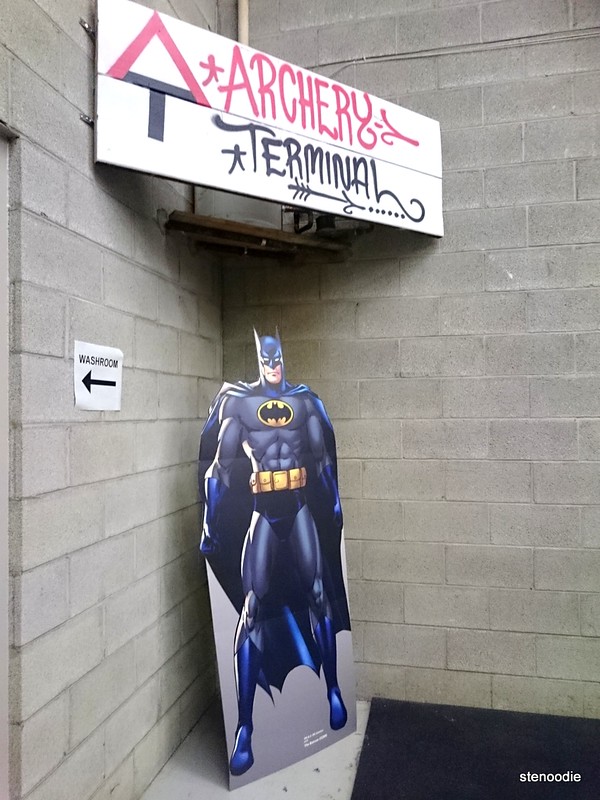 We made sure we were wearing comfortable clothing as we would be running around and sweating and shooting arrows at each other.  When you check in at Archery Terminal, you also get a complimentary drink!  (They have free wifi.)

The guy who was responsible for teaching us how to shoot the arrows and the one who monitored our game during the one-hour play was tremendously friendly, fun, and knew what he was doing.  I was really impressed with his arrow skills actually and it was neat to watch him shoot. 😀

We practiced a bit by shooting at the stationary targets in the area outside the playing area (which was caged in).  I was really noob at this as I had never shot an arrow before.  It was my first time playing with a bow and arrow actually!  Most of the friends in our group were also first-time players. 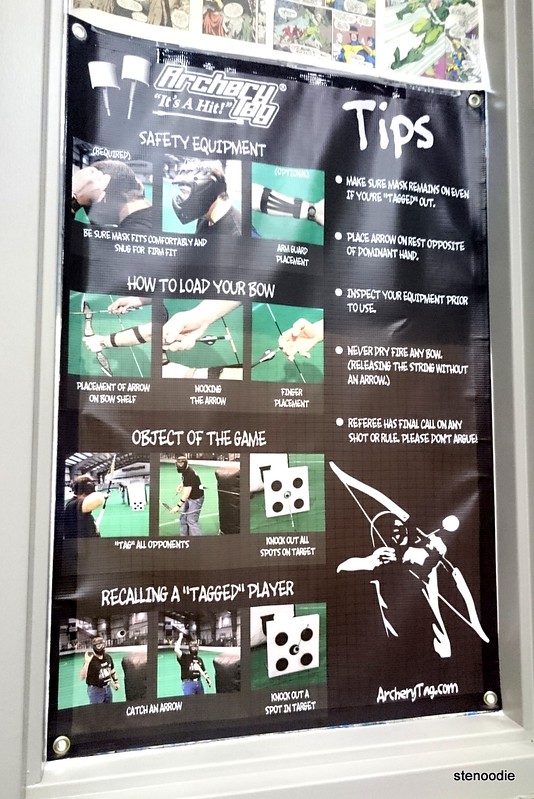 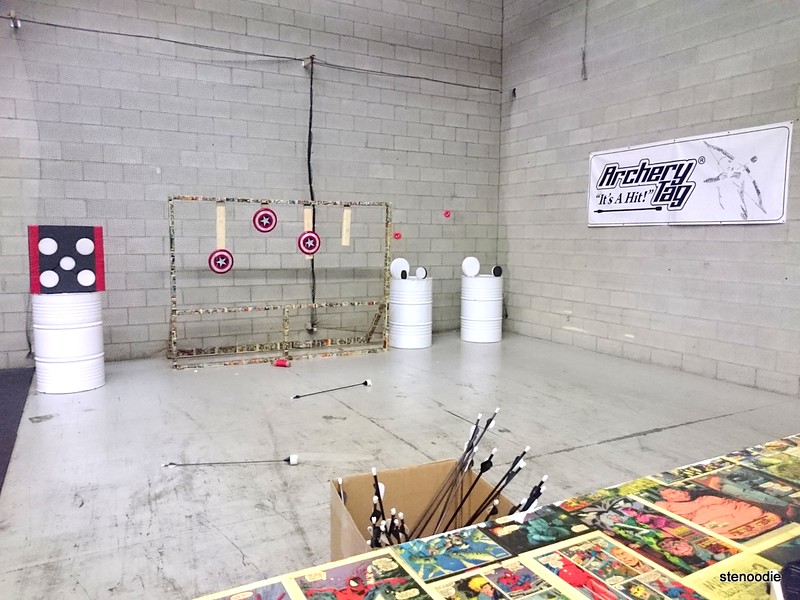 Before long, we entered the caged area and we started the first game.  The first game consisted of us divided into two teams where we tried to shoot at the target boards in order to get the other team out.  It was actually really hard to shoot on point and far… for me.  But it was really aggressive “war style” since you wanted to move as quickly as you could after shooting the arrow to grab another one from the centre of the room and to start shooting again.

After this game, we played other ones which consisted of us shooting at the players from the other team to get people out.  We also did one similar to a “suicide” game where everyone ran from one wall to the other one and the guy who was in charge tried to shoot at us.  Whoever was out had to join him and shoot the rest of the people as we ran from wall to wall until one person remained.  This reminded me of elementary school gym class. XD 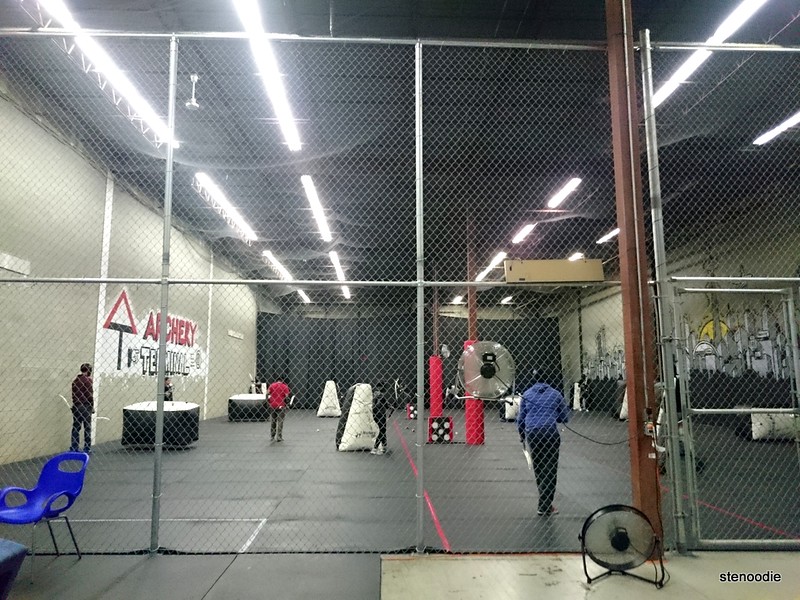 The caged area (battlefield) where we played

Very soon, our hour was up and we summed up the day by lining up and shooting at the birthday girl as she ran from one side of the room to the other side holding a shield.  Haha, it was fun!

We changed into our street clothes since we were all sweaty from the workout and waited around before we headed to Turtle Jack’s for some food! 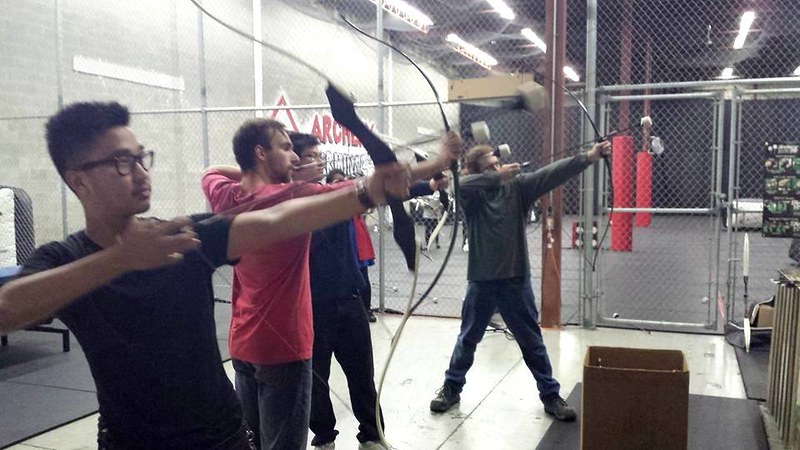 The guys practicing their archery skills 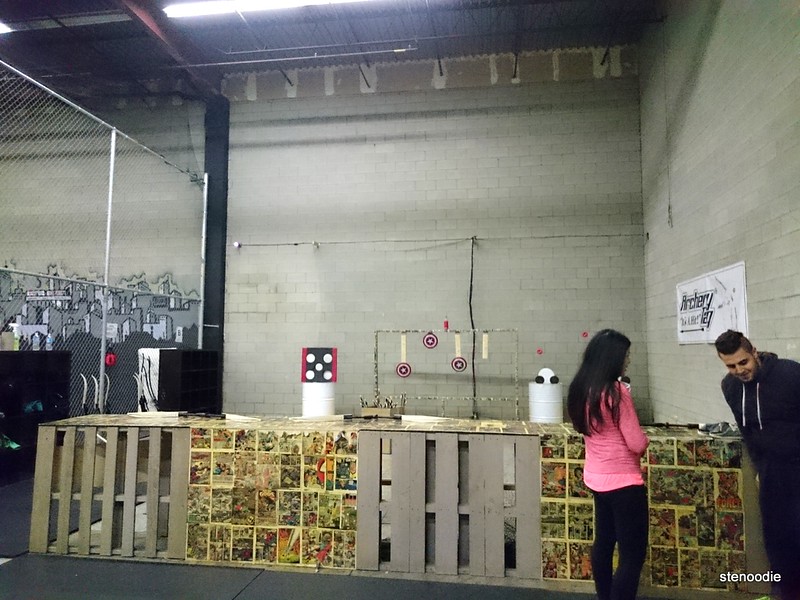 I really enjoyed the archery tag playing even though it was my first time and I really didn’t have a good handle on the shooting.  I need more practice on shooting accurately and shooting far. XD  I think when I play a second time in the future, I’ll have a better handle on it (literally).  It was fun though!  Thank you for inviting me, Tam! 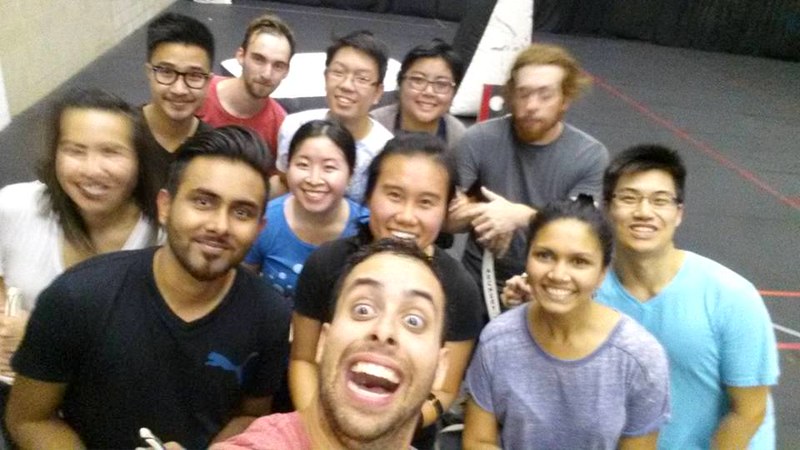 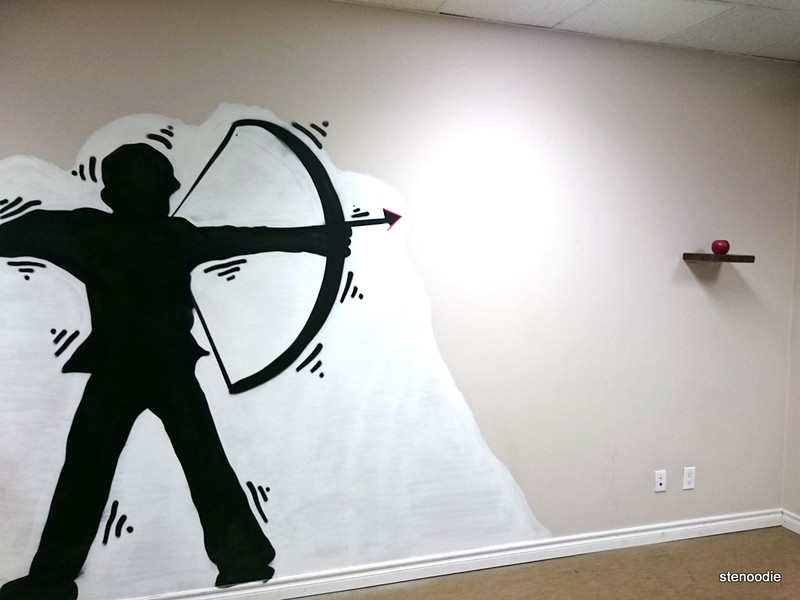 Is that apple real? I should have checked 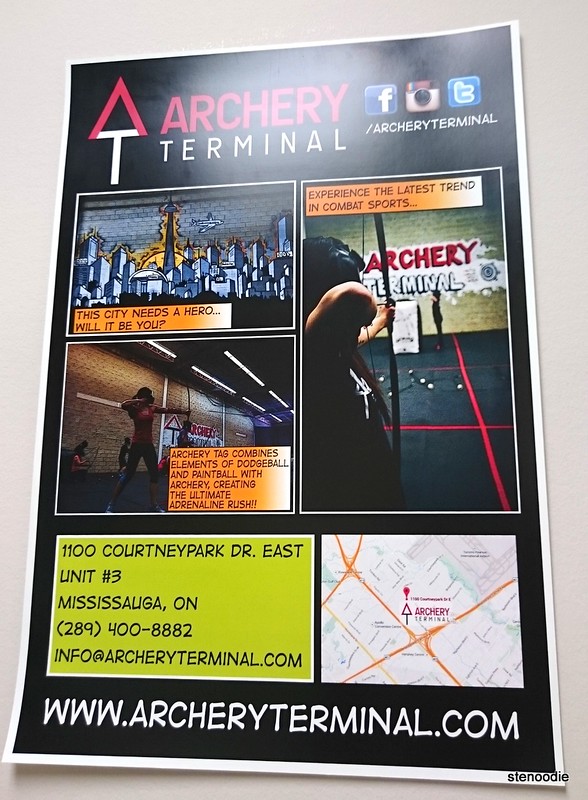 Have you played archery tag before?  Where did you go to and what was your experience like? 😀