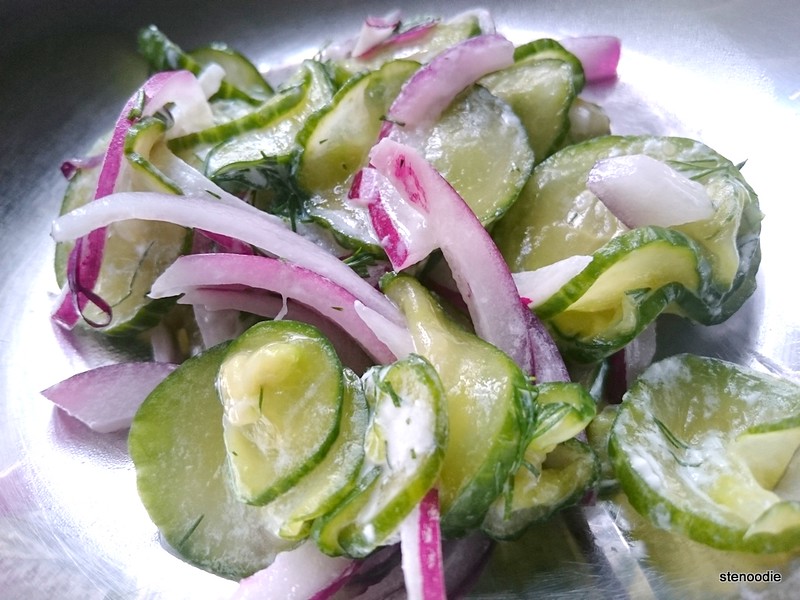 It’s been a while since I tried out a new recipe and made it for a pot luck party.  I remember a couple of years ago when me and my friends used to challenge each other and make a new dish to share at a pot luck every month.  It was like a friendly “Iron Chef” to see what each person would make and taste it.  Ultimately, it began because one of Marilyn’s new year resolutions was to learn and make a new recipe every month so our monthly pot luck parties were a great way to make that happen. 🙂

Due to time constraints, busy schedules, and let’s face it, sheer laziness and the convenience of purchasing ready-made food, every time that there’s been a pot luck in the recent years (since our monthly pot luck parties stopped), I simply went out to buy food to bring to a party instead.  There’s that long-ago post of mine which I talked about how great the Quinoa Salad at Costco’s is and since then, I sometimes resort to bringing that to parties because it’s cheap and tastes good. 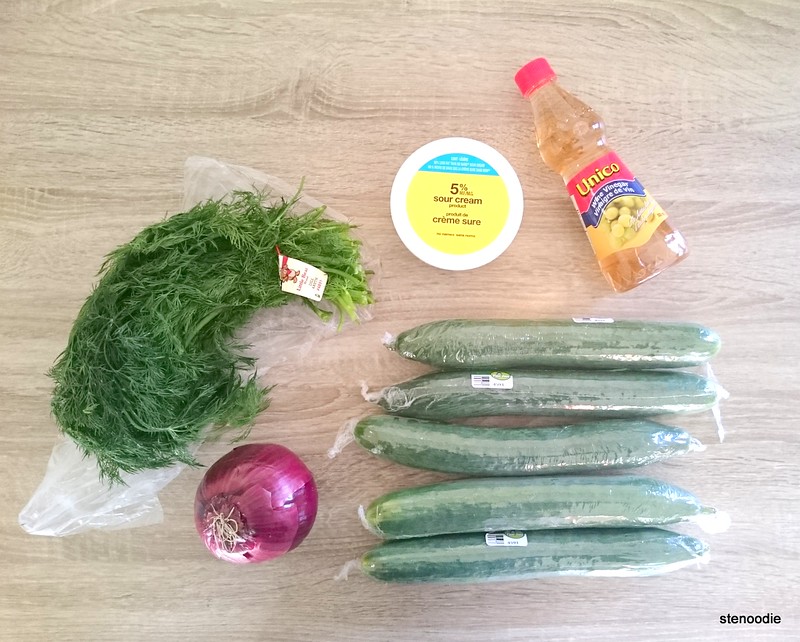 Everything you need to make this salad

However, for this year’s #teamwarrior pot luck Christmas party, I decided to stay in, look up some recipes, buy the stuff, and make it myself to bring to a party.  Woohoo!  Yay!  There was a running list of items that everyone was bringing already on the Facebook event, and I noticed that everyone was bringing starchy and meaty items — where’s the veggies?  Thus, I looked up a simple-to-make veggie dish:  a salad.

This post is like a recipe post!  You guys can learn how to make a cucumber salad!  It’s really easy.  I took the recipe from this site. 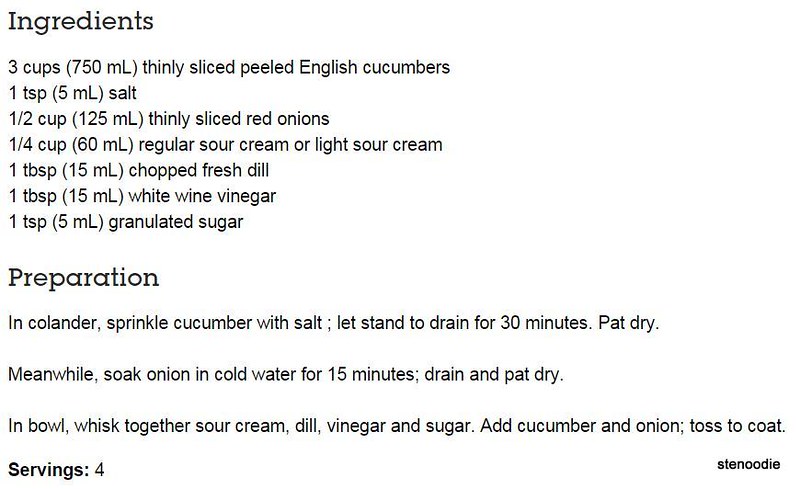 All you need are:

The recipe listed on the website calls to make 4 servings, but since I was preparing it for a group of over 20, I bought 5 cucumbers to make this salad. 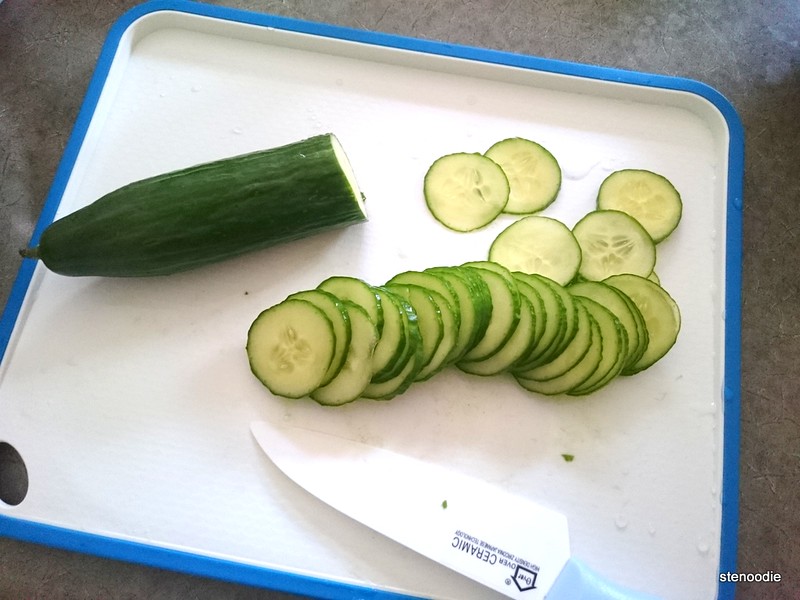 Most tedious part is the slicing of the cucumbers 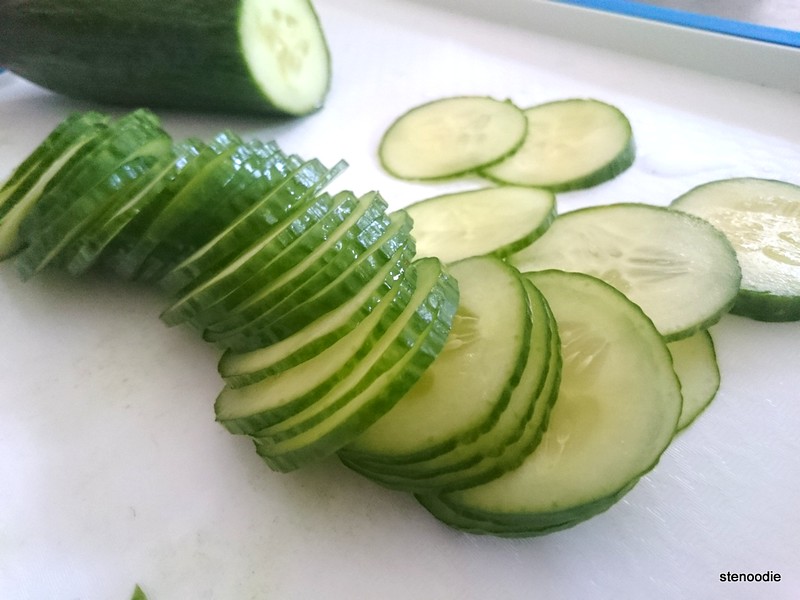 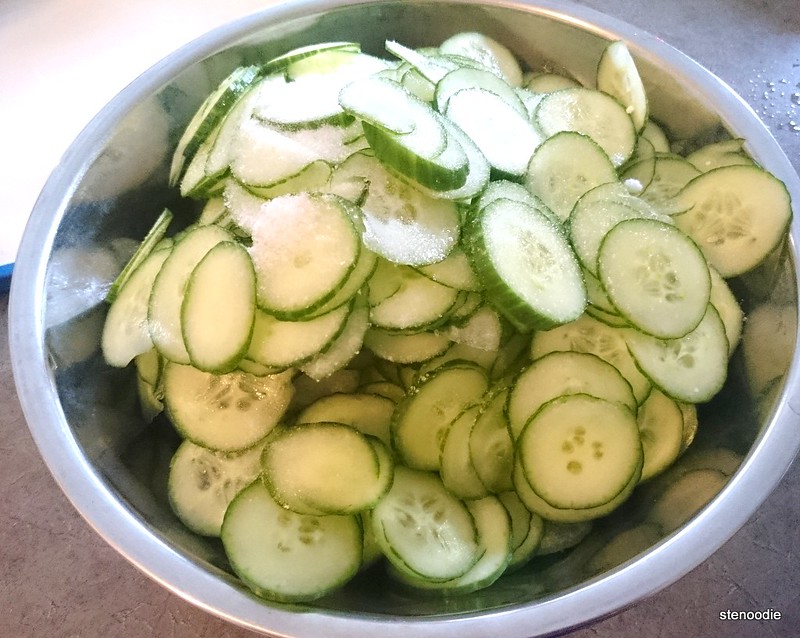 Once all 5 cucumbers were sliced, dump on the salt to help the moisture go down 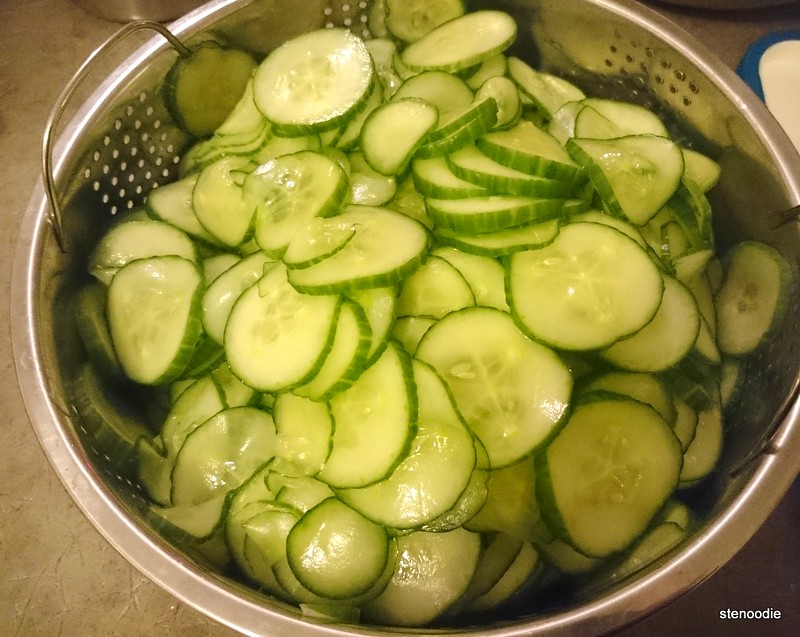 I left these to drain for over an hour and yet there was still a lot of cucumber juice! Juicy! 😛 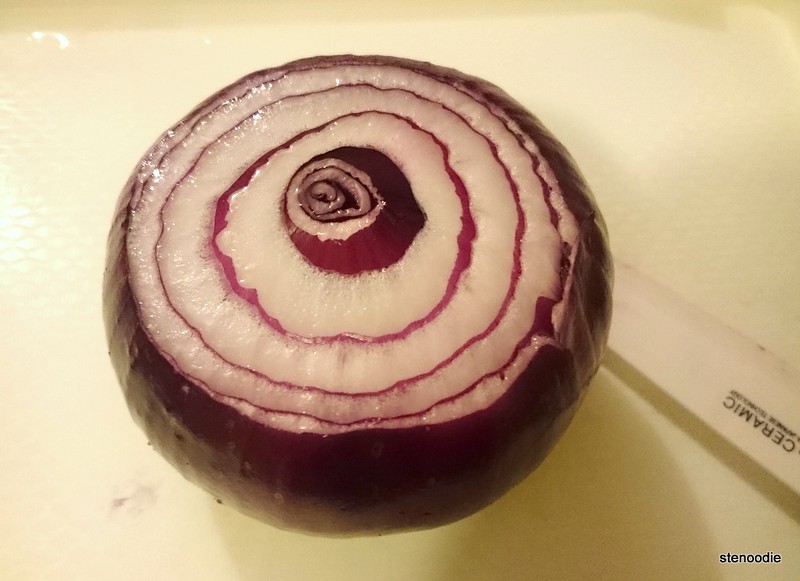 Chop up the red onion 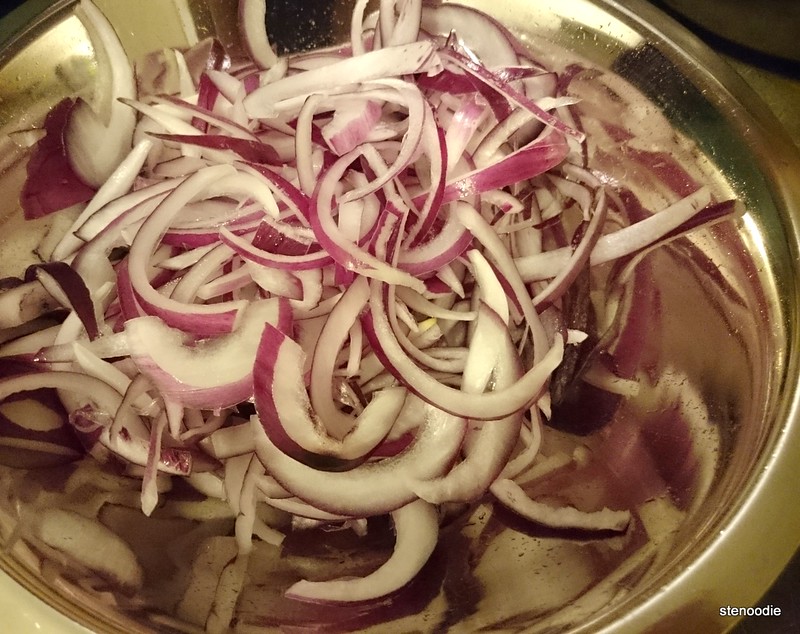 I only used half of the red onion. Put into a bowl of cold water immediately to allow the spiciness to tone down a bit (and to prevent further watering of the eyes!) 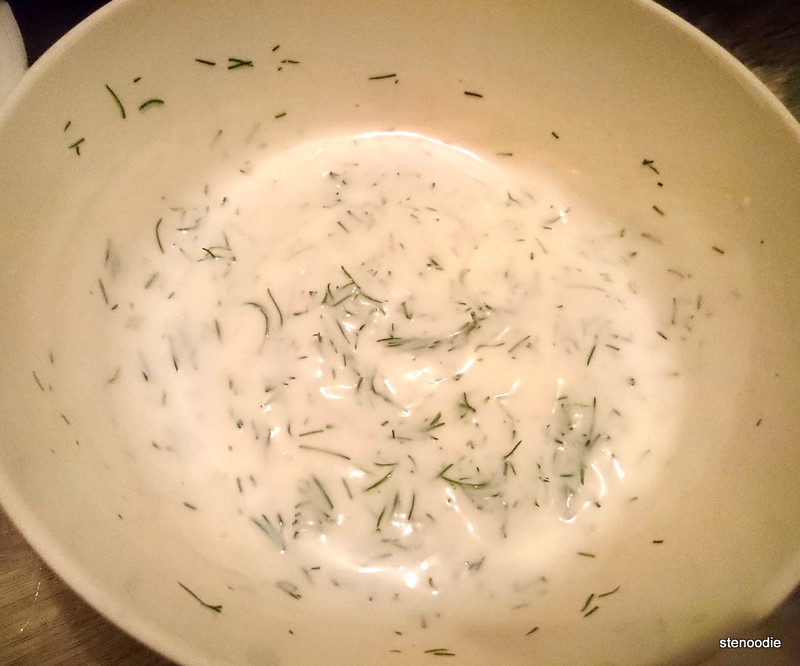 Mix in the chopped up dill, sour cream, rice wine vinegar, and sugar 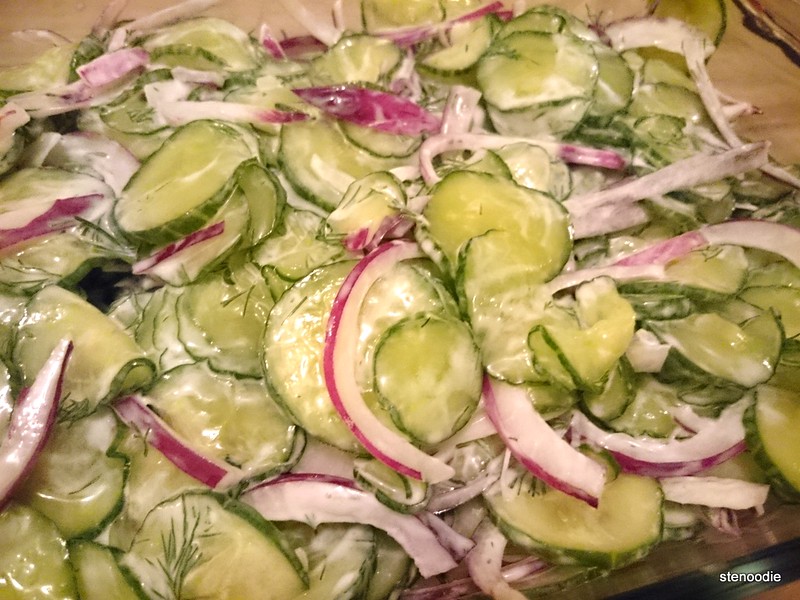 Toss it all together and there you have it!

I followed the instructions and it was relaxing and destressing to prep the ingredients to make the actual salad.  As always, the prep takes more time than to actually “make” or “cook” the food.  In total, I think it took me up to 45 minutes to chop up all the English cucumbers and red onion.  I tried to cut it as close to the edge as possible to have really thin slices of cucumber.  It was like a challenge.  I really enjoyed using my ceramic knife too!  It makes it so much easier to slice vegetables. 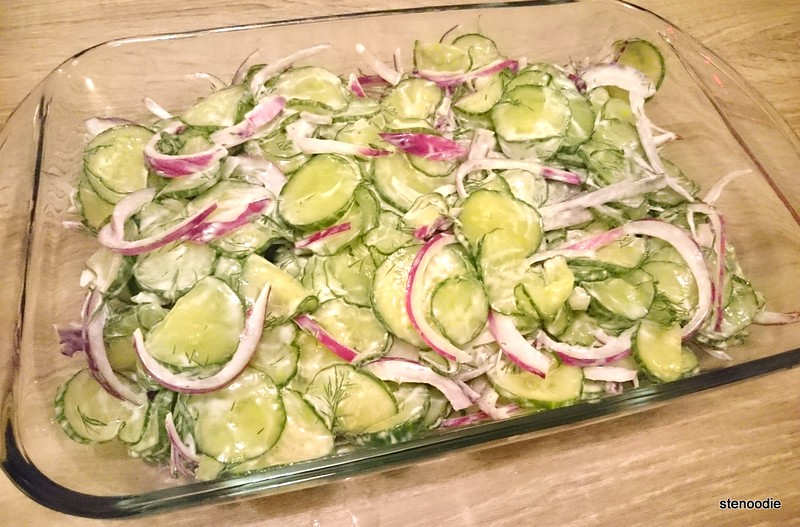 Yay! No cook and a healthy salad to boot 🙂

And here you have it!  There was a lot of draining involved since cucumbers are a vegetable that are made up of 95% water (and the rest fiber).  I think most people enjoyed it and definitely found it refreshing in the midst of all the meaty and starchy dishes that we had.  Yay! 🙂

When my head is more clear and I have more time in my day, I’d love to try out new recipes again to make for pot lucks.