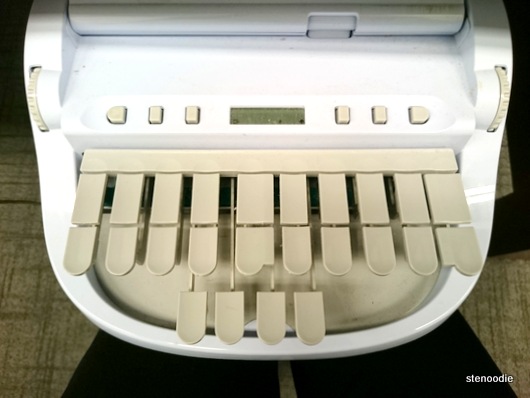 My stenograph just before I cleaned it… #dusty

I’m such a nerd, a steno nerd that is.  Today was the first day that I went back to work as a court reporter after a long hiatus.  I’ve been using my stenograph every day at home whenever I am at my computer, either to use for blogging this blog or just typing messages and having conversations with friends online using the Stenokeys function because it is so much faster and easier than using the QWERTY keyboard to type.

No matter what, I use my stenograph to type and write out things because it’s just been the way I’ve been used to expressing myself since I started this steno journey in 2008 — wow, I’m almost at the ten-year mark!!

Thus, the act and language of steno is still as familiar to me as thinking or speaking. 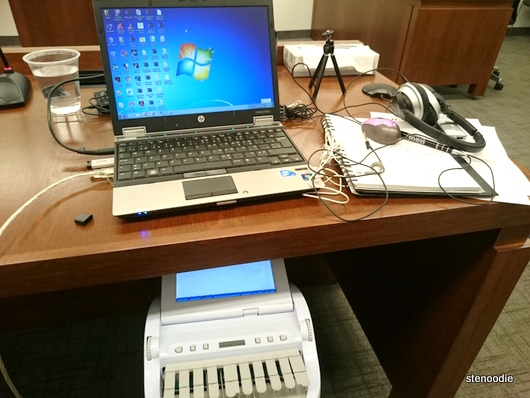 Today, I went into Law Society Tribunal for a job.  However, they have since moved locations since my last visit in August.  Instead of at Osgoode Law, they are now housed on the fourth floor of the building at 375 University Avenue, so really one block and a half away from their former location (one subway station away).

I was a bit nervous since I hadn’t been to this building before and didn’t know the lay of the land.  As a result, I didn’t sleep very well last night lol. 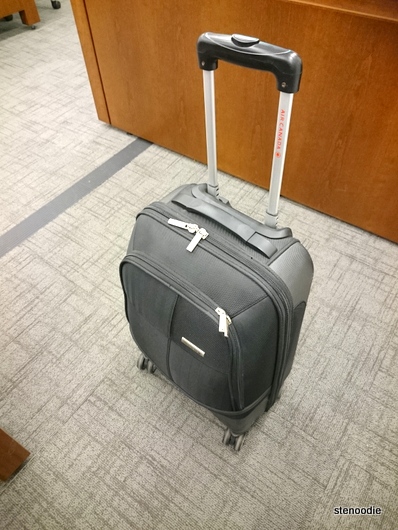 My wheelie bag… is unfortunately getting rusted on the bottom in the wheels :O

I was wired with excitement and adrenaline though because I’ve missed court reporting.  (I had been doing a lot of transcription work at home through audio files though!)

After arriving an hour early and scoping out the building — very easy to find, the secretary at the desk told me I could get a coffee and come back later at 9 since the law clerk wasn’t in yet.

I sat downstairs in the lobby enjoying my breakfast and shortly spotted a fellow steno classmate and current court reporter!  It was incredibly nice to catch up and she filled me in on the little changes that had since transpired since I last reported.  It was really so nice to chat and her tidbits were incredibly helpful and reassuring! 🙂 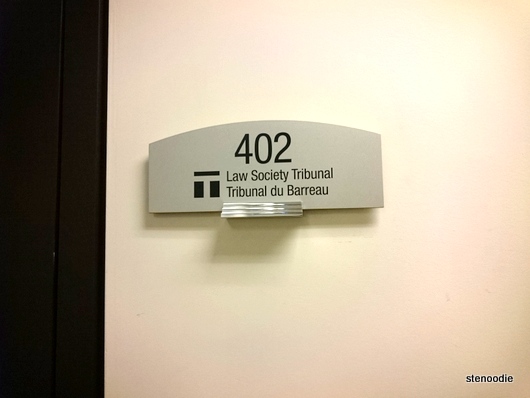 At 9, I went up to Tribunals and into room 3 where I set up my equipment.  The room was set up the same way as the First Floor Hearing Room in LSUC.  It was nice and familiar yet new at the same time.  I liked how the power outlets were right on top of the desk.

The case was short, sitting for only 40 minutes and even a 7-minute break!  How lucky was I to be able to not stress so much after all since it was a smooth short job?  I have to thank my lucky stars.

Thankfully, I also think my fingers moved quite well and all that blogging every day does count for continued accuracy practice too!  Yay!  🙂 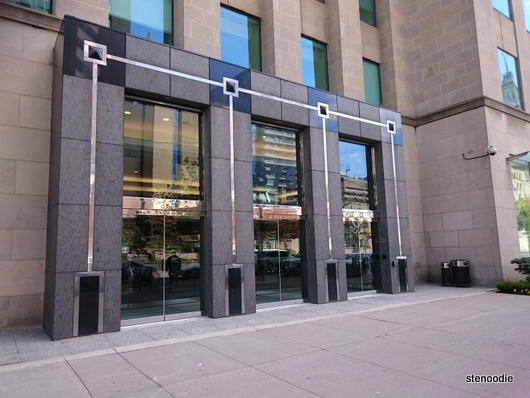 I left shortly after confirming names and page quotes for an early home ride before noon.  Tomorrow I am scheduled to go to a never-before-been-to lawyer’s office — completely out of way — and I am exhilarated yet nervous about that too.  Wish me luck! 🙂

I'm a stenographer, foodie, avid traveller, and new mom who loves to share her experiences with the world.
View all posts by stenoodie →
This entry was posted in Steno and tagged stenography, working court reporter. Bookmark the permalink.