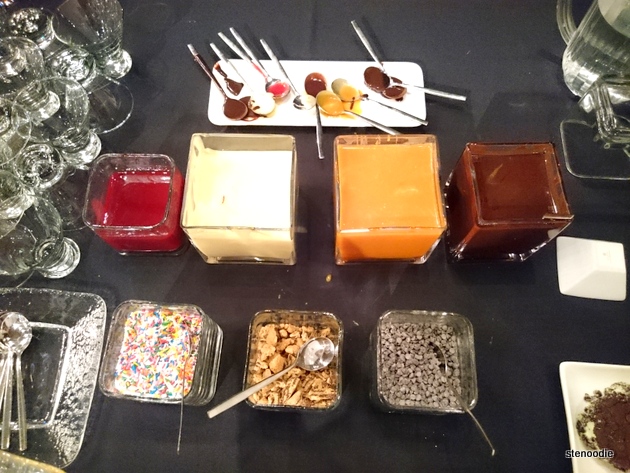 This past Wednesday, Acapeli’s Dairy-Free Gourmet Frozen Desserts launched officially in Canada.  Acapeli’s: a “luxurious line of gluten free, dairy free, kosher pareve ice cream alternative marries artisanal ingredients and delicious flavours for a rich and elegant epicurean adventure”.  Invented and founded by food lover and entrepreneur, Michou Seiger, this line of dairy and gluten free desserts provides anyone who has food intolerance to be able to enjoy ice cream and frozen desserts.

This event was held at the Factory Lounge in Vaughan from 3-5 p.m. on May 11, 2016.  Special thanks to Encore Catering for setting up the venue and providing samples of the frozen desserts for guests and VIPs to try. 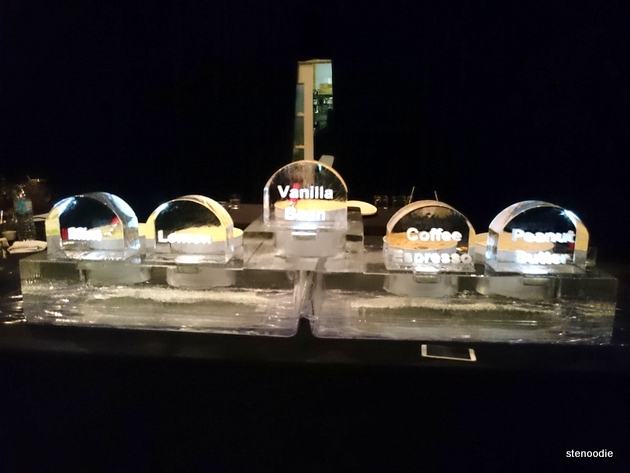 Ice sculpture showing the flavours of the ice cream 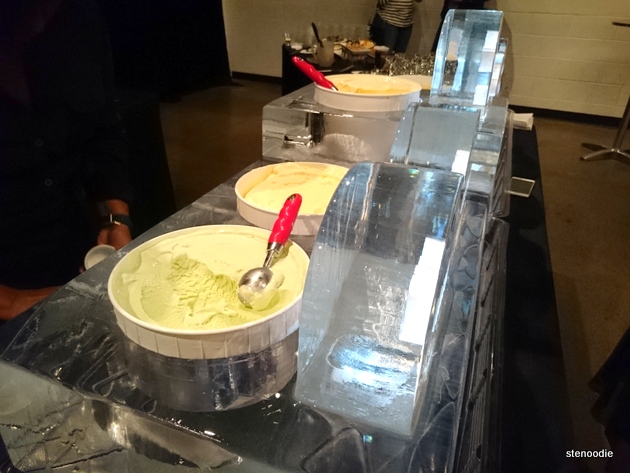 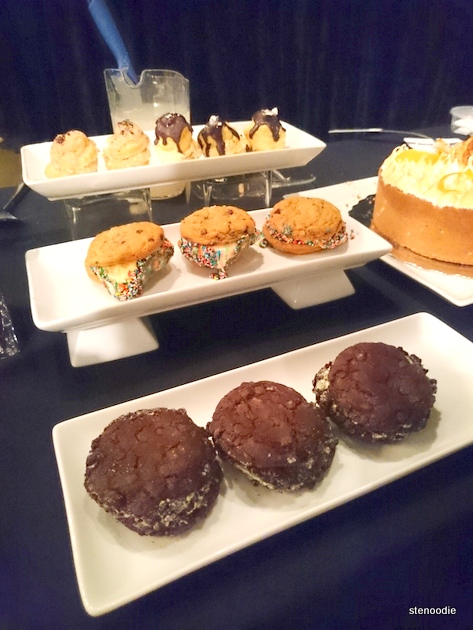 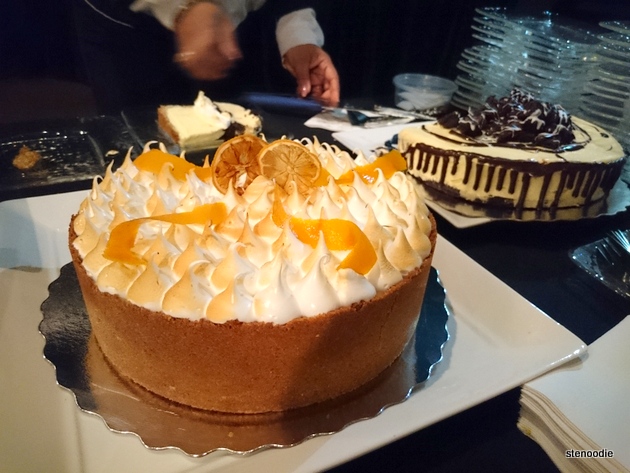 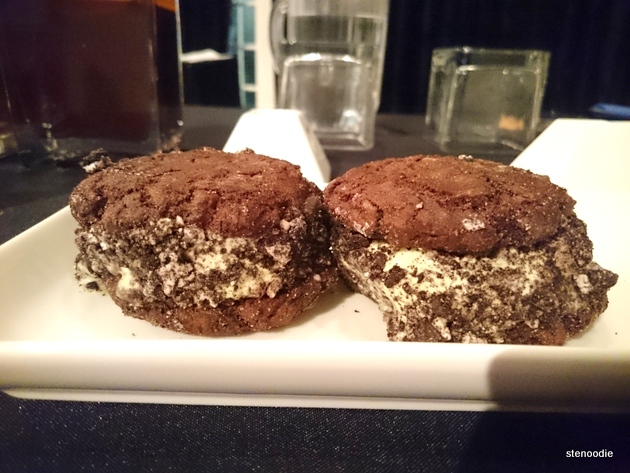 The third station was for the ice cream specialty shakes.  There were three flavours of the ice cream shakes; all of which included alcohol in its mixture. 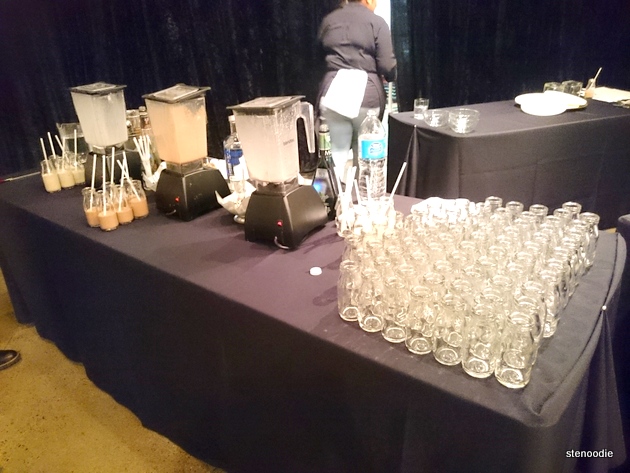 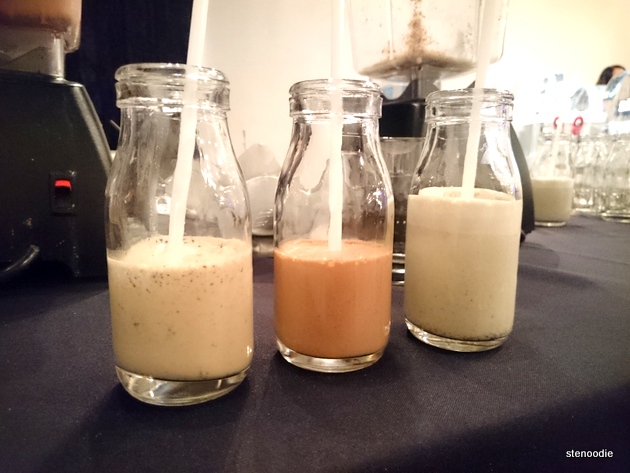 Three flavours of the specialty shakes

Everything was prepared well in advance and it was a very casual event for food bloggers and guests to mix and mingle to try the frozen desserts as well as speak to Michou herself and the team members of the newly launched frozen dessert line.

During my visit, I was able to try the vanilla bean with vodka shake.  It was very thick and I could taste a little bit of the vodka inside of the shake.   The other two flavours included peppermint with vodka, espresso, and chocolate vodka.  (In the future, I think it would be nice if there were small signs set up next to each sample showing the name of the food product as well as its ingredients.  While I did chat with the staff there about the ingredients and the name of the products, names of the products in a tag would have been greatly appreciated!) 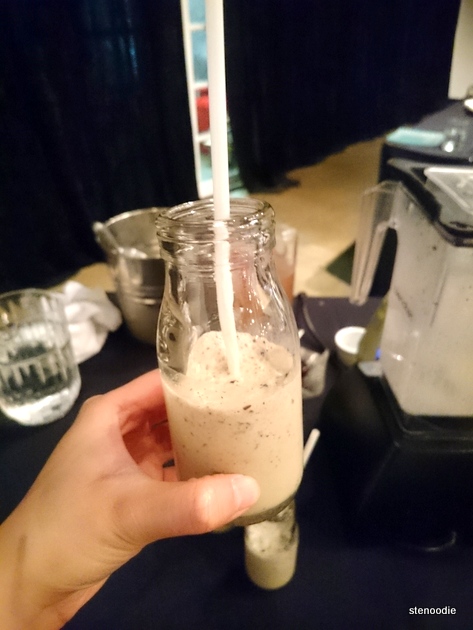 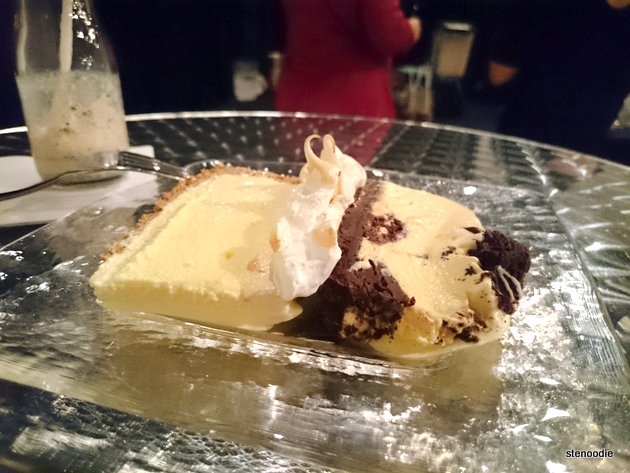 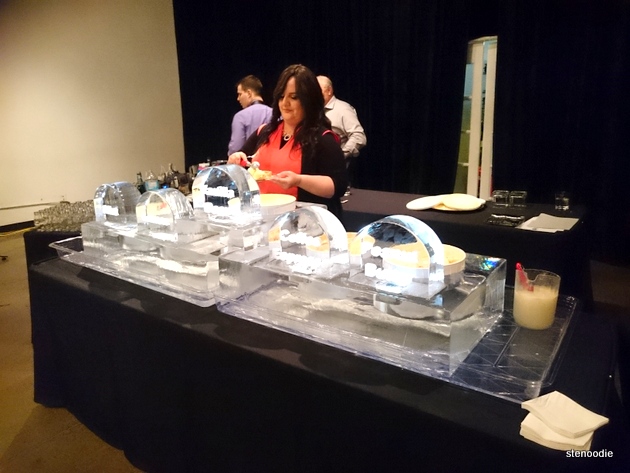 Michou herself personally scooping up the five types of ice cream on a plate for me to enjoy. Thank you so much!

The coffee flavour was delectable and the lemon flavour, just like in the ice cream cake, was refreshing and tangy.  For mint lovers, I think they would really enjoy the mint flavoured ice cream as well! 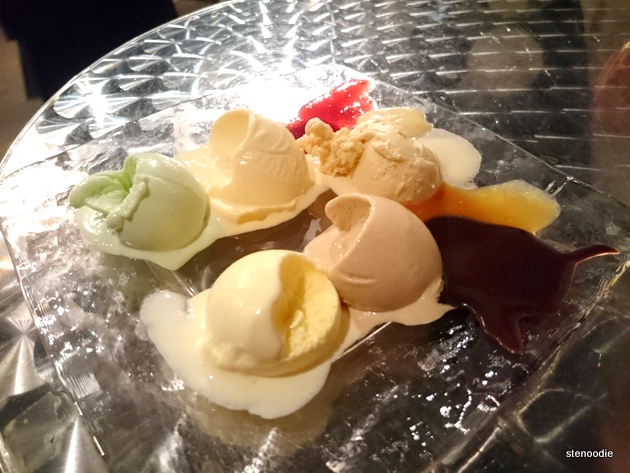 Thanks again to Encore Catering for inviting me to the launch of Acapel’s Dairy-Free Gourmet Frozen Desserts.  It was a pleasure for me to try out the launch of this premium dessert line ahead of its public debut. 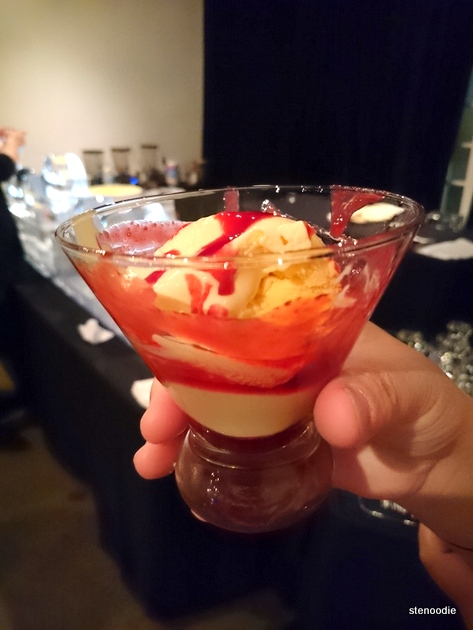 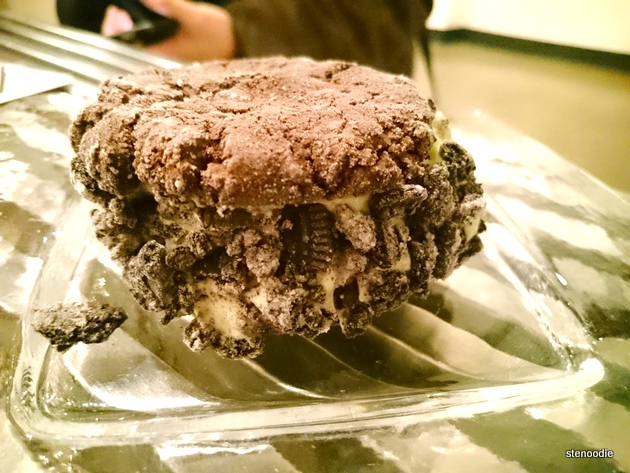 As the event was closing up at 5 p.m., I wanted to try this ice cream sandwich of the mint chocolate ice cream flavour.  The staff there were kind and thoughtful to give me a fresh new one since the ones sitting on the display were already melting.  This new one was definitely a frozen dessert!  It was rock hard!

I ended up wrapping it in a napkin and taking it home to enjoy.  I was so pleased to find that even with my 45-minute commute ride home, the ice cream sandwich didn’t melt at all!  I really liked the mint chocolate ice cream and the chocolate chip cookie.  I shared the rest of it with my mom and she really enjoyed it too! 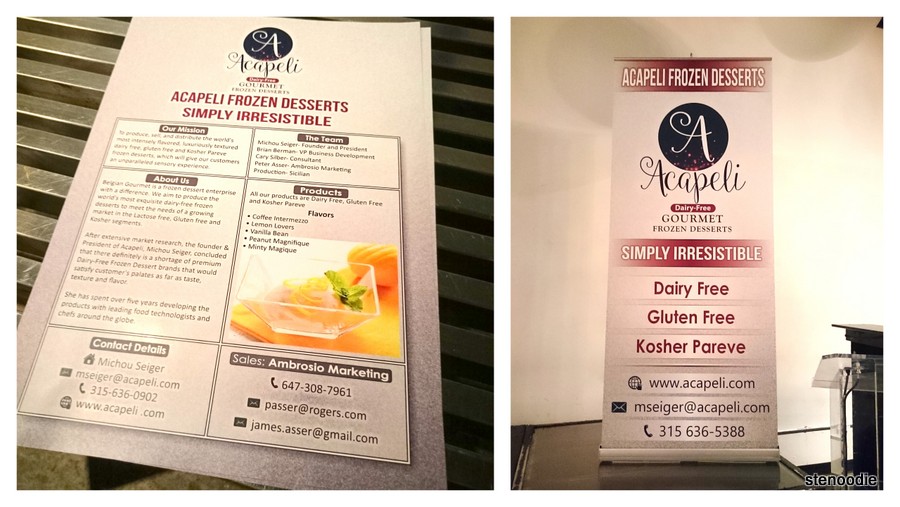 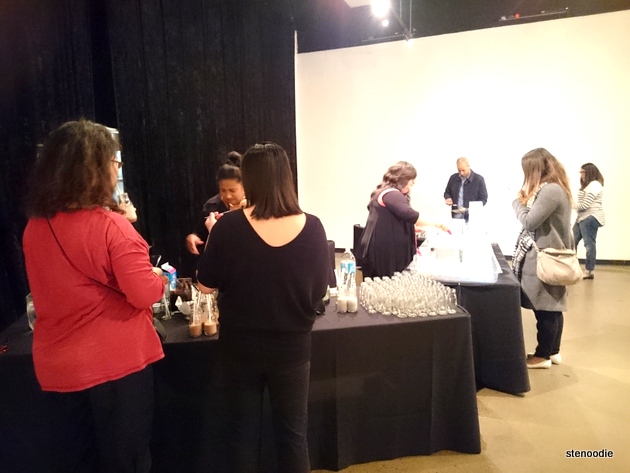 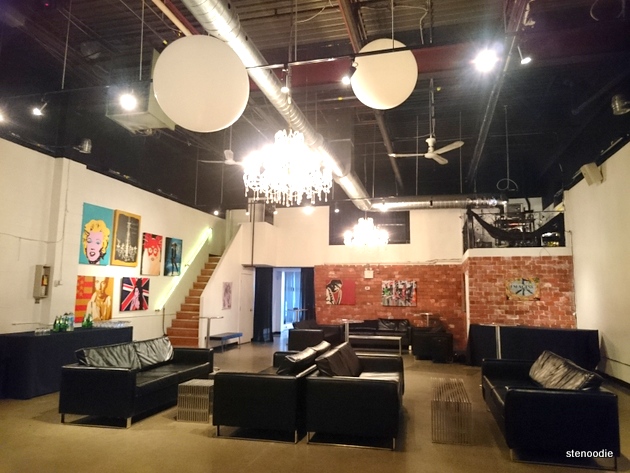 Factory Lounge is a beautiful place for an open concept venue! 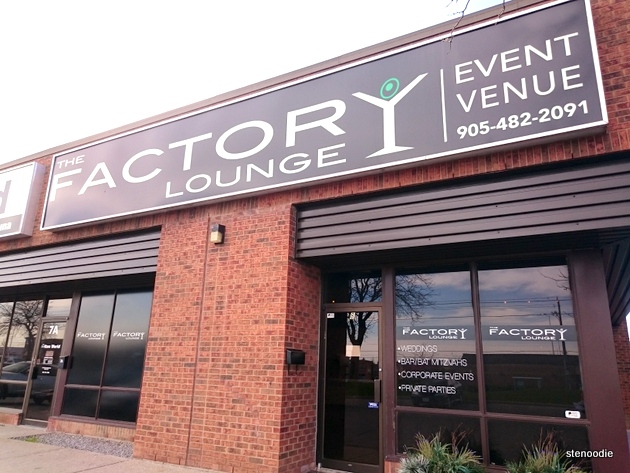 You can find Acapeli’products s via food service industry delegates and they have eventual plans to break into the retail sector.  You can also visit their website at acapeli.com.

FTC Disclaimer:  Although Encore Catering invited me to a complimentary tasting to showcase Acapeli’s products, the opinions expressed here represent my own and not those of the company.