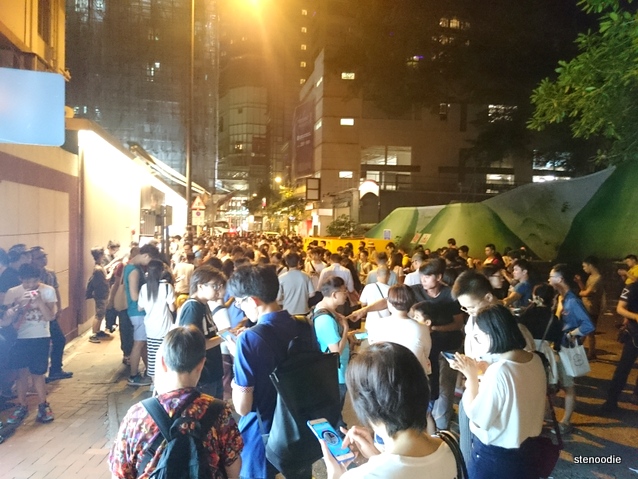 “Transmogrify,” which means “to change in appearance or form, especially strangely or grotesquely; transform.”  Asides from the usual photos of butterflies, street art, or autumn colours, which I feel like has been overdone, the photo I’m choosing this week is typical of the activities that I partook in while I was in Hong Kong just a month ago:  Signal Hill is a random park in Hong Kong that holds no significant or particular value, but ever since Pokemon Go was launched in the summer this year, even regular public parks and spaces — where no one really ventured to before; young people that is — are transformed into play spaces and crowds that no one has seen in years and years!  I say this is a really commendable part on the game’s release and there has been nothing but good from it.  This photo shows how the street near Signal Hill is loaded with people all coming together to play one game at 11 o’clock at night.  Old, young, new, old players — it didn’t matter.  This space has forever been transmogrified by a virtual reality game! 🙂