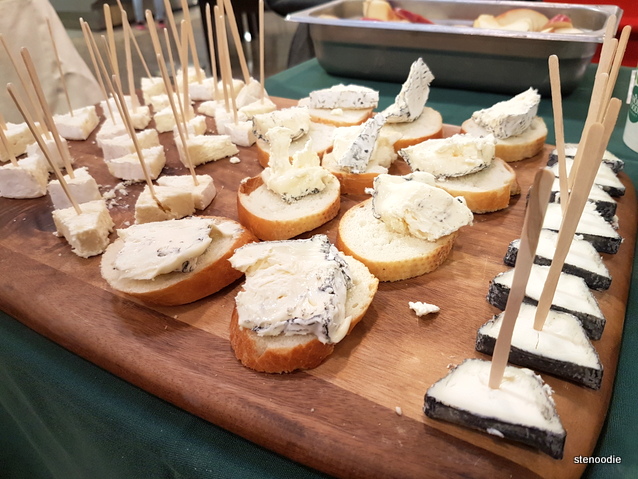 Last night, there was a Cheese Soirée held at the Whole Foods Market in Unionville.  Thanks to a Facebook sponsored ad, I saw this event float up in my newsfeed and I was highly intrigued.  For only $5 donation, there was going to be a cheese soirée!  This Whole Foods Market was close to me and thus, I thought why not and RSVPed to go.  My friend Priscilla was able to register ahead of time for the both of us the week before it began.  We actually didn’t know too much about what the event would be about since there was very little information about the details on the Facebook page, but we figured for five bucks it was something to try and experience.

And I’m so glad that we did!  It turned out to be an amazing night of cheese tasting and sampling; much more than I thought. 😀

When I arrived, I looked around the Whole Foods to see where the event would be taking place.  Spotting nothing near the front of their store, I went towards the back where the dairy products were and lo and behold, the event was being set up right next to the cheese section.  I had arrived right at 6 p.m. and thus was early.  I saw the some of the staff in the middle of putting everything together so I walked another for aisle before I approached them to inquire about the process.  One of the staff members then informed me that the $5 would be payable at the Customer Service desk which I did (it ended up being the number four cashier check-out that was handling the fees). 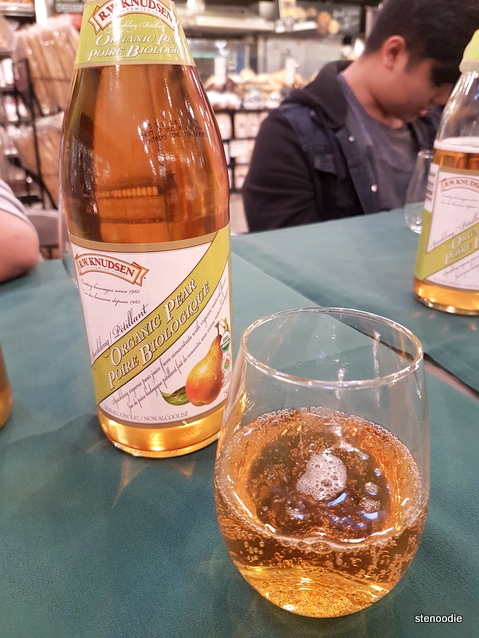 I got a seat with the rest of the other attendees who had arrived for the event and we poured ourselves some sparkling organic pear juice to start.  There were two gentlemen awaiting the rest of the attendees to arrive and one lady who was preparing some cheese curds behind our table.  It looked amazing especially since I already spotted the platter of cheese samples on the table next to the banner for the event. 😀 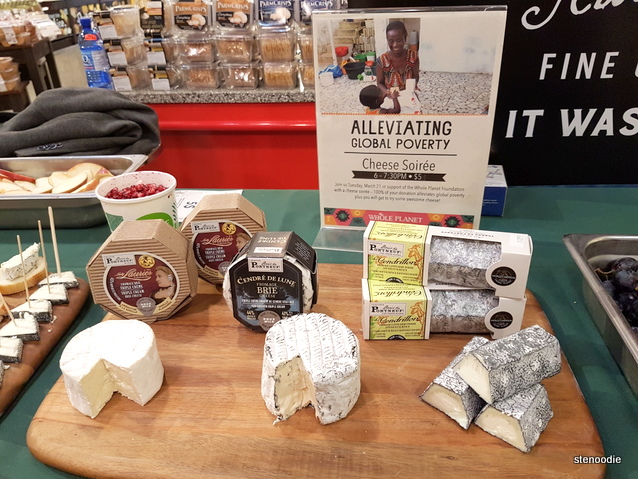 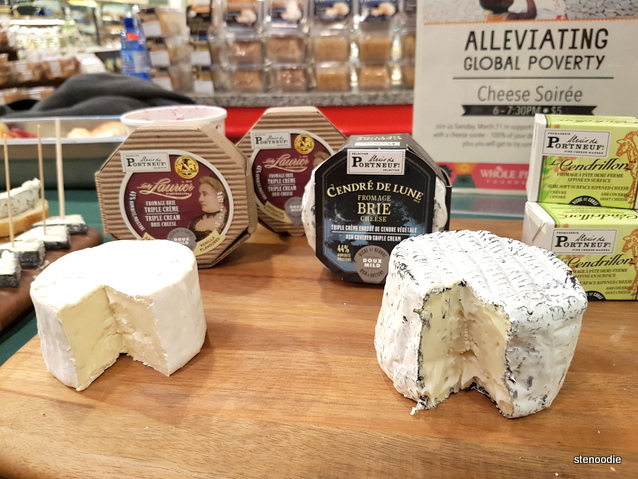 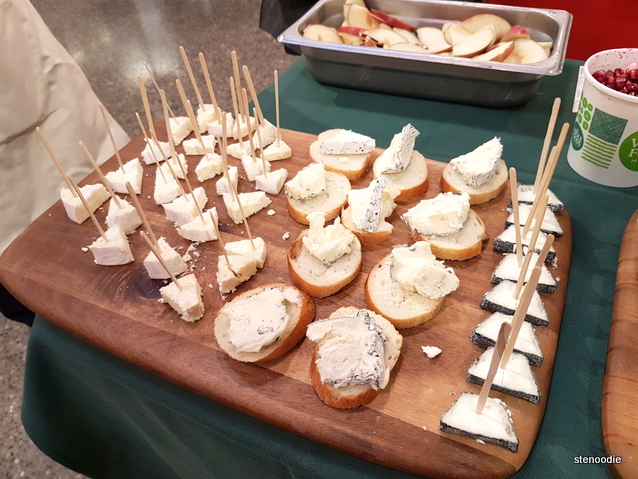 The three types of cheese prepared for us 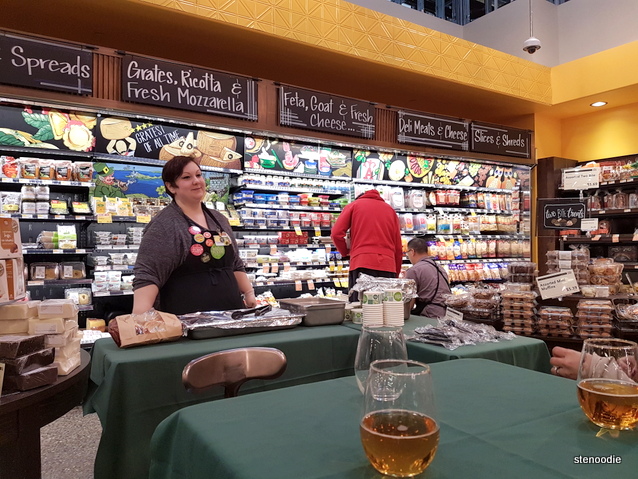 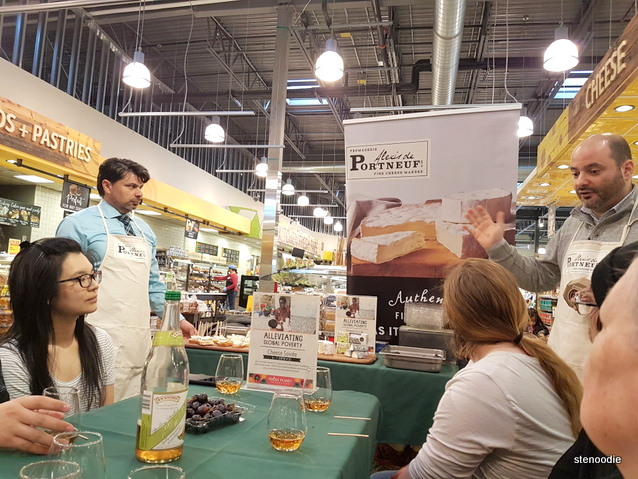 After a quick introduction about the event and how 100% of the $5 proceeds were going straight to the Whole Planet Foundation initiative, the event kicked off with explanations of the three cheeses that we were going to sample that night.  We tried three cheeses from Alexis de Portneuf, a Canadian brand hailing from Quebec, the first of which was a triple cream brie cheese.  It was very smooth and already was a great start to the night.  Then we tried another triple cream brie but this one was ash covered.  A lot of people really enjoyed this one.  The third one was the World Champion semi-soft surface ripened goat cheese that was also ash covered.  This one was very strong. 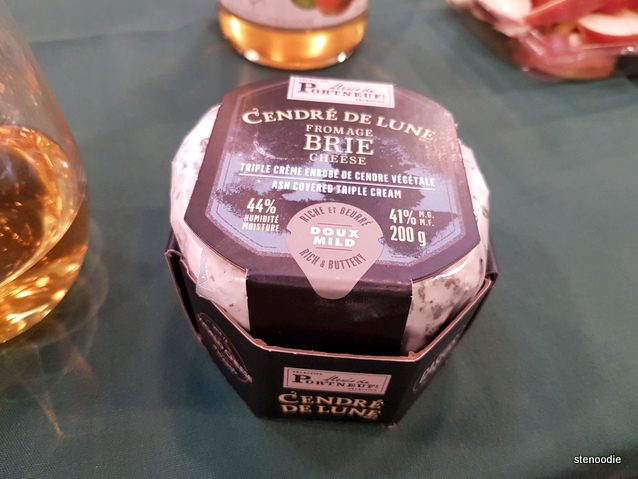 This is the second cheese that we tried 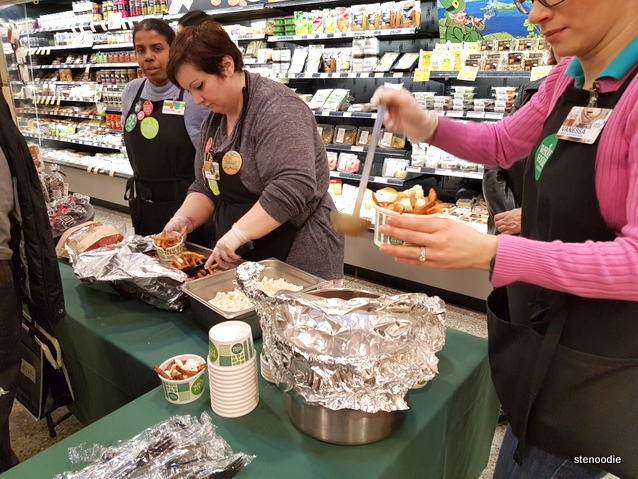 Thank you for prepping this poutine for us! ❤

After we tried the three types of cheese, we tried the fresh cheese curds poutine that the lady had been preparing in the back.  Wow!  I totally didn’t expect to be having poutine at this event but man was I excited for it!  It contained fresh cheese curds which tasted completely different from the regular ones I have had in poutine.  The cheese tasted smooth and almost rubbery.  The gravy and fries were really good as well.  It was a great poutine! 😀 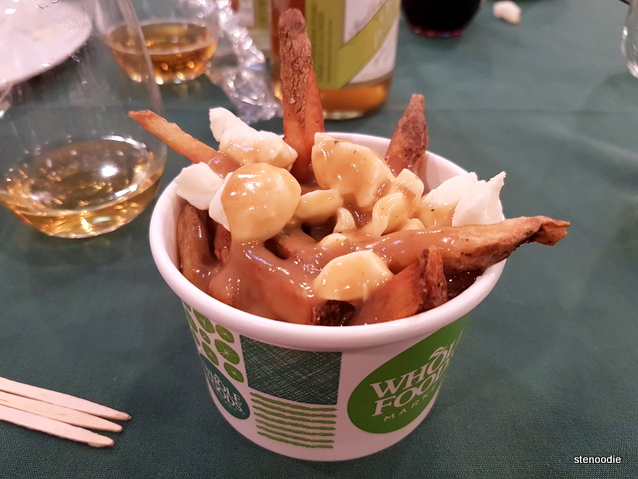 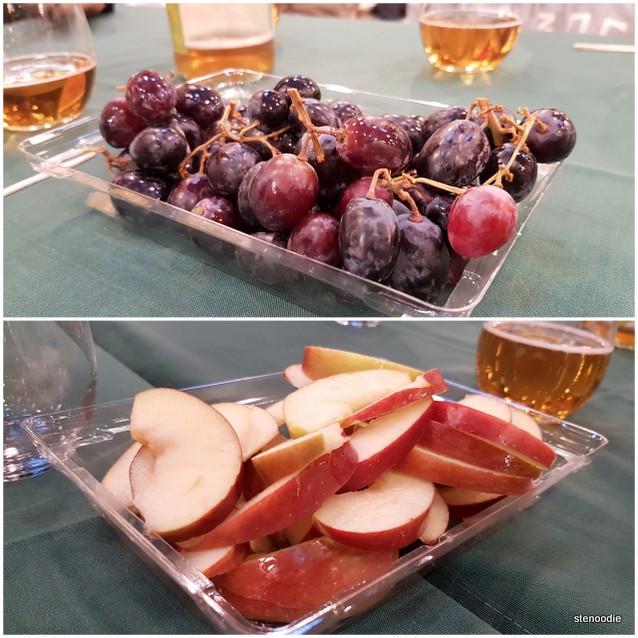 Grapes and sliced apples on the table for us

Pardon my cheese knowledge but I don’t really know much of it still even though I love eating cheese.  Blue cheese and brie are two of my top favourite cheeses to date.  We also were served some sliced apples and grapes to go with the sampling.  The two gentlemen were so passionate and dedicated towards the love of cheese that they served us two more cheeses to try.  Due to my lack of knowledge and I didn’t take a photo of the cheeses, I don’t remember the name of these ones.   The first one was apparently a combination between blue cheese and brie cheese; something to introduce a newbie to blue cheese.  The last one we tried was very pungent and had a tint of orange on the outside.  This one was definitely strong!  We also tried some fig cake (amazingly delicious) and walnuts as well from the store.  It was an amazing night of cheese dining!

Blue cheese & brie combination and a cheese that was very pungant 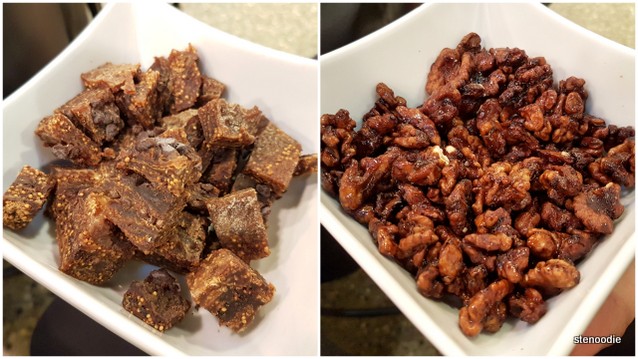 Fig cakes and walnuts. So yummy! 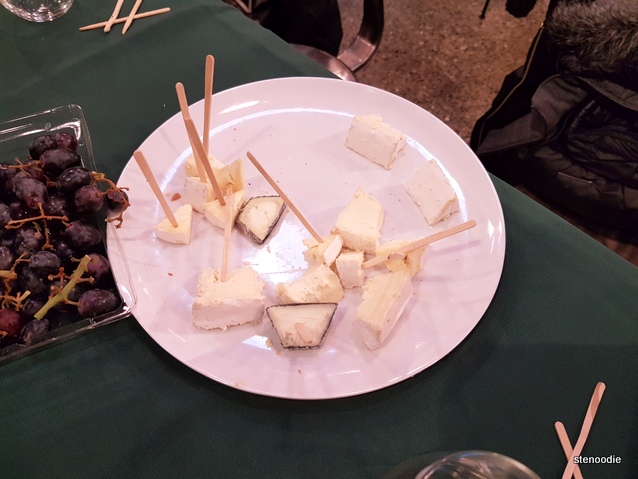 They were so generous; we got to try more cheese from the first three cheeses

I’m so thankful that we got to try this cheese soirée out.  For only five bucks, I got to try so many cheeses in generous portions too!  In addition to that, we were able to donate to the Whole Planet Foundation too.  I had never heard of the Whole Planet Foundation before, but after this, definitely know a bit more about them.  We also received a really nice cooler bag with lots of vouchers, tea samples, and information about it too as a parting gift! 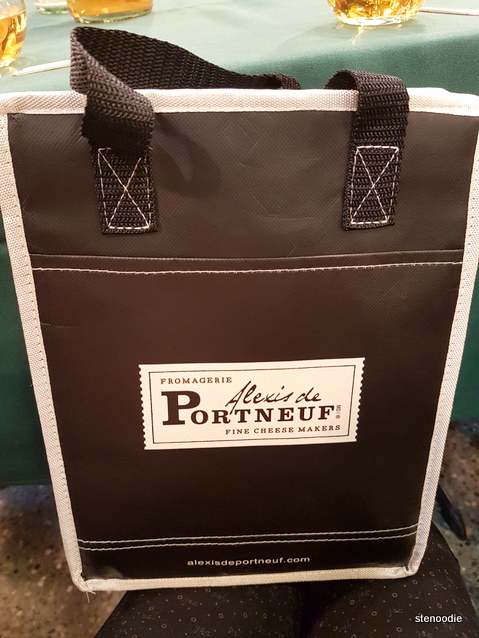 I already know that I want to be back for more the next time that Whole Foods hosts something like this. 😀  It was an absolutely delicious night and a very well organized event!  Thanks again, Whole Foods!