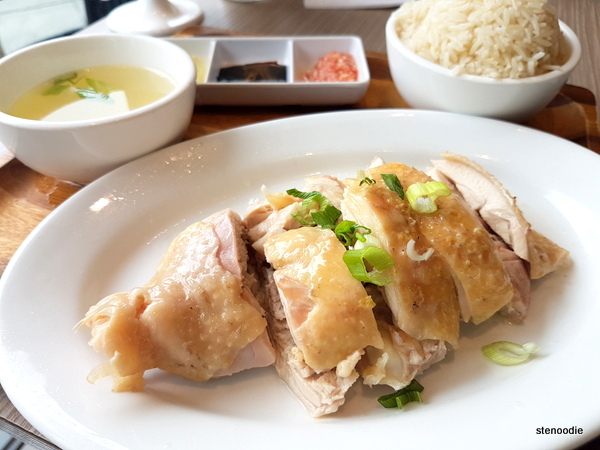 August 27, 2018:  Ever since I saw Fav Café pop up at the plaza at the intersection of Highway 7 and Woodbine, I was curious to check it out.  At first, I thought this was a second outpost of the original Fav Café (which used to be at West Beaver Creek), but it appears that that original location has closed.  Thus, there is only one Fav Café now once more.

Although Fav Café looks like an ordinary HK style cafe, it has been touted to me by a real foodie friend that their food, ingredients, and quality far surpasses other HK style restaurants.  They serve some typical Hong Kong style classics with some western elements and I had heard that their Hainanese chicken rice is one of the best in the city.  I had yet to try it on the previous visit in their previous location. 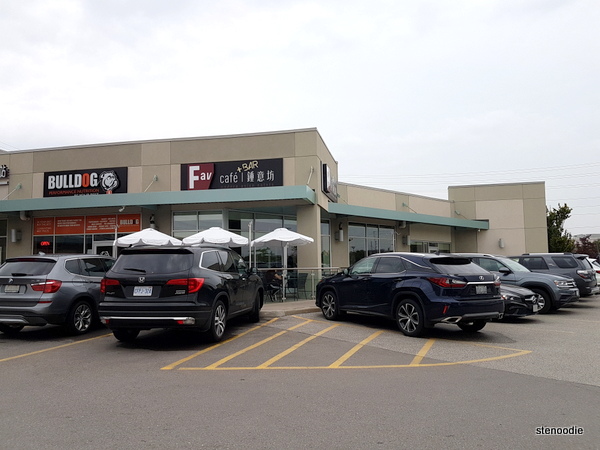 Thus, for lunch on a Monday, we decided to pop in to try their lunch, and ordered the infamous Hainanese chicken rice and a classic HK style favourite, the Baked Spaghetti Bolognese. 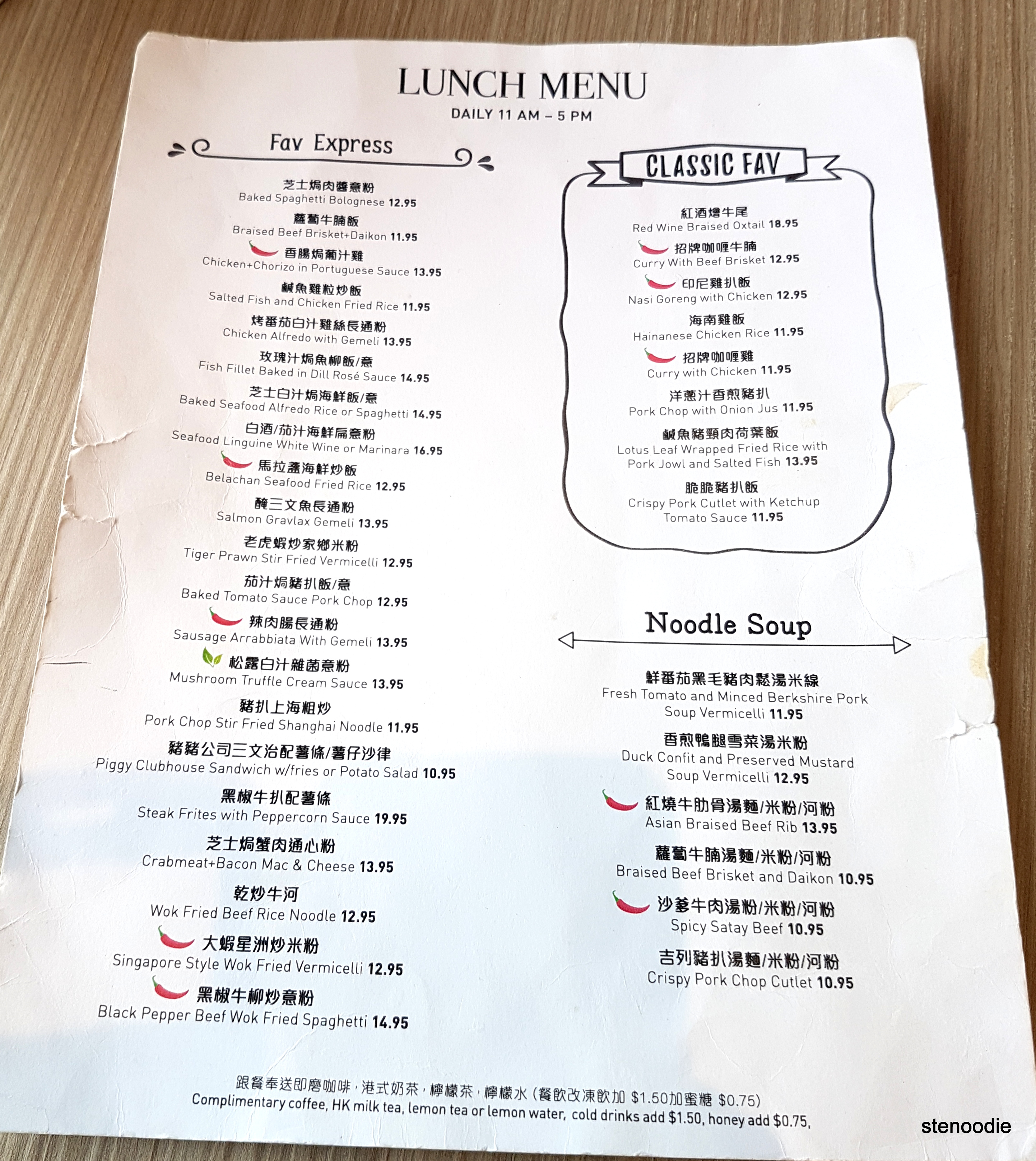 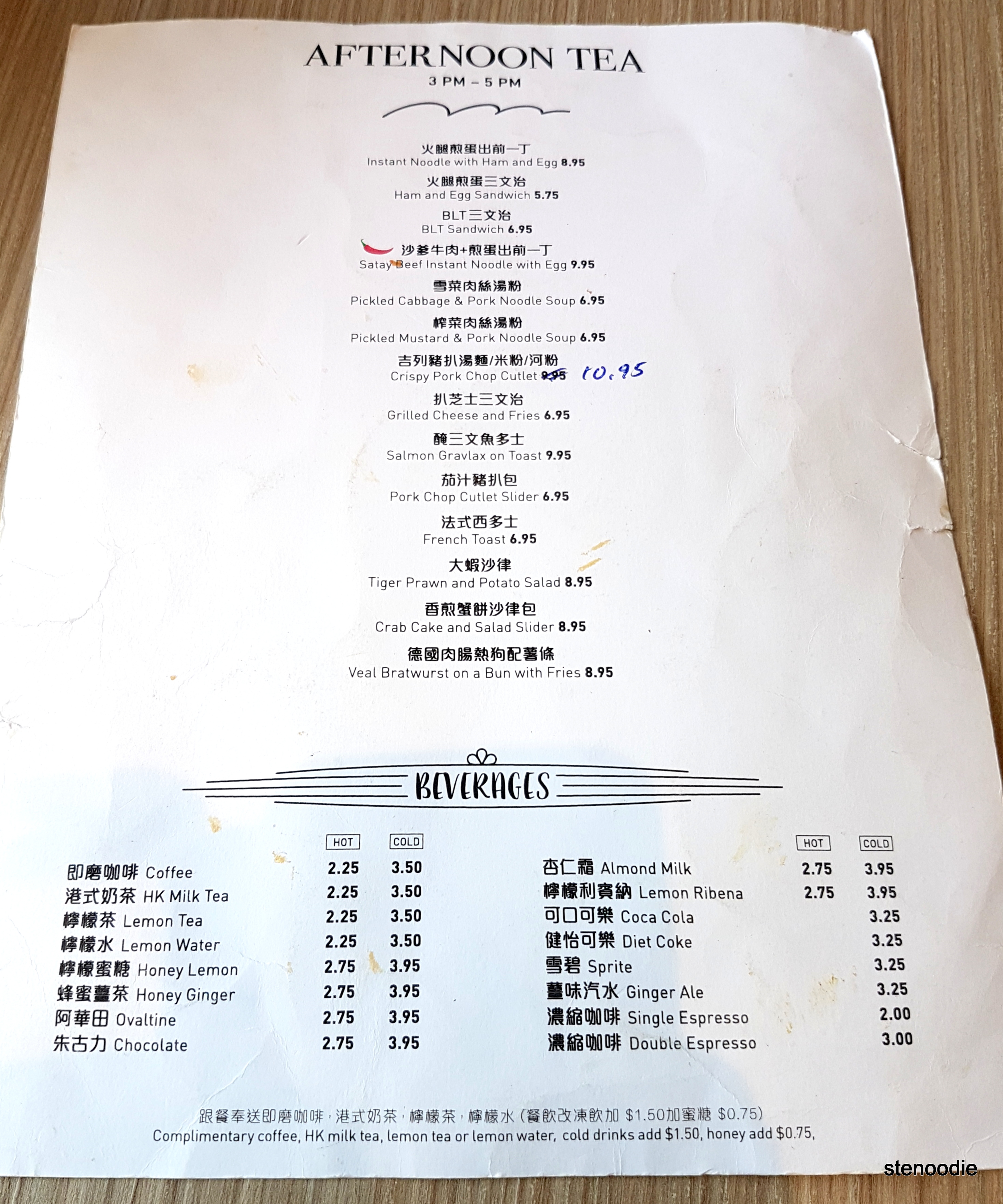 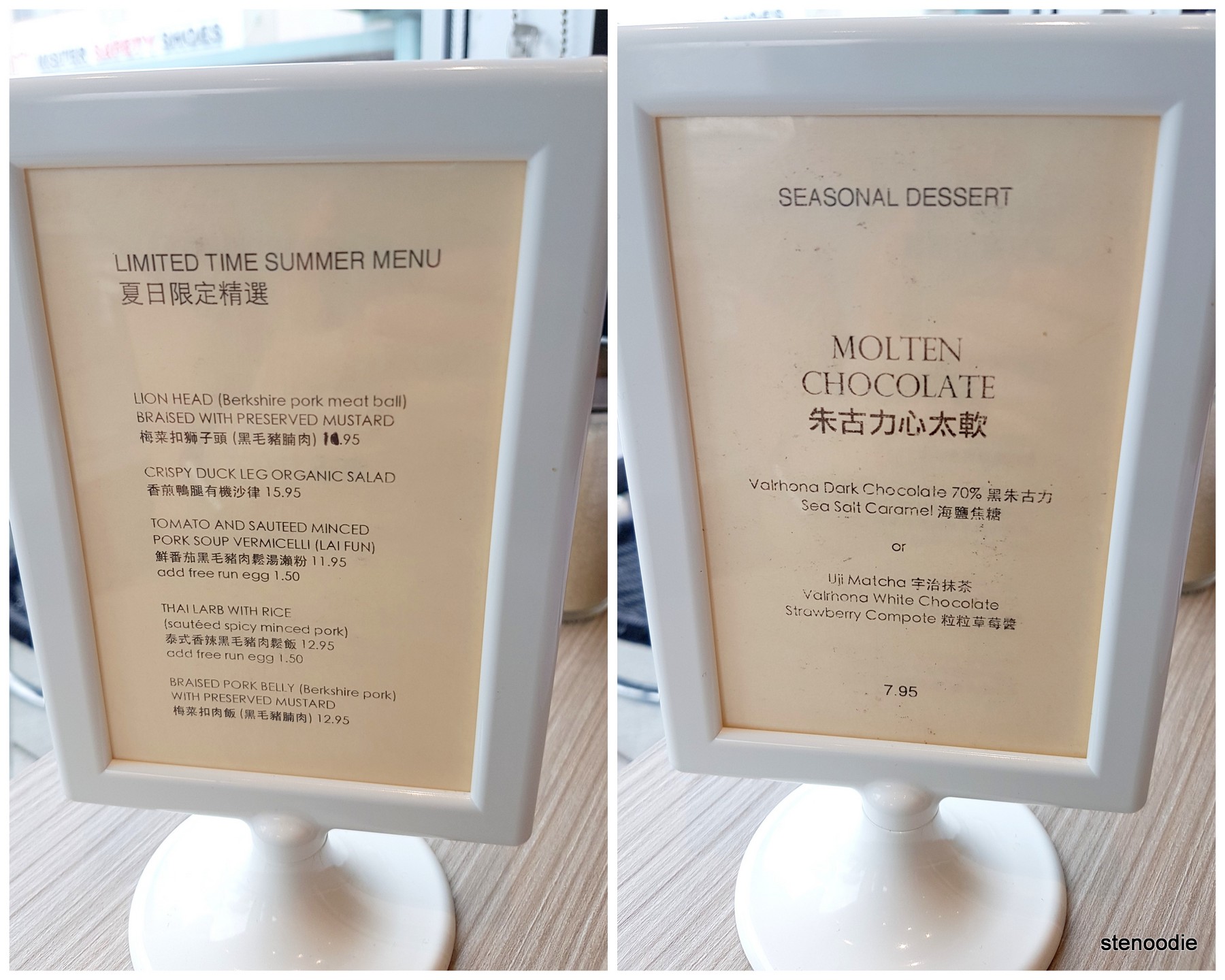 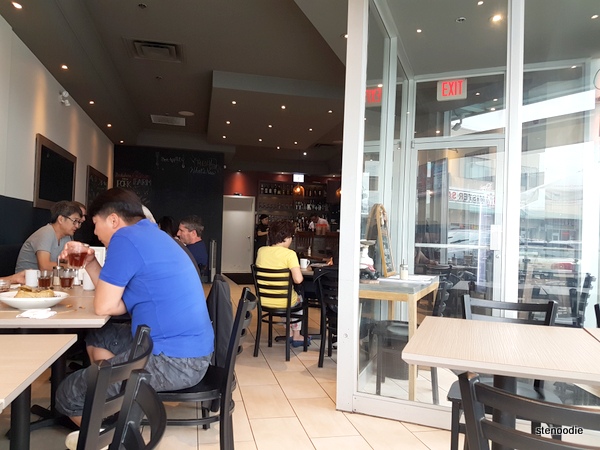 I found the service here a little stuffy.  It seems like they have a regular group of clientele that the servers are used to and thus as new faces, we didn’t seem fully welcome.  It seemed that way to me at least.  This unit used to house another HK style cafe, Ki Ko Cafe.  Fav Café has pretty much kept the interior the same way.  It’s a rather small unit and has some awkward angles from a design perspective, there’s really not much they could have done to renovate the space anyway after acquiring it. 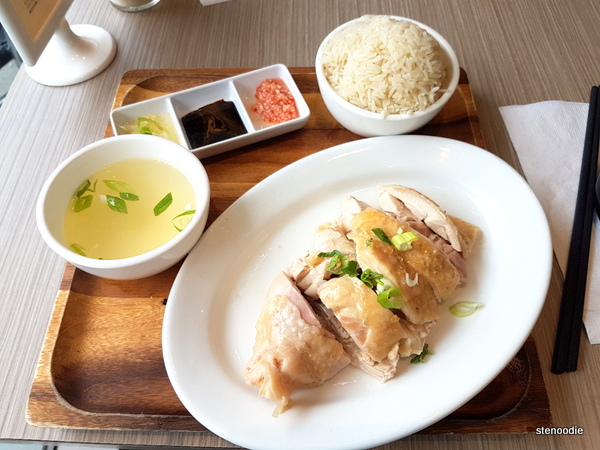 This Hainanese Chicken Rice was indeed one of the best ones I’ve had in Toronto.  It essentially rivalled that of the excellent one that I had in Hong Kong where the chicken was so smooth, moist, and richly flavoured.  It was just so tender and smooth!  It came with schmaltzy rice that was also perfect and so well flavoured.  A soup and a selection of three sauces completed the set that was brought over on a small wooden tray.  The three sauces reminded me immediately of the Hainanese chicken rice restaurant in Hong Kong again as each sauce was fresh and delicious.  I have had nothing like this in Toronto yet.  Ten out of ten for this Hainanese chicken rice at Fav Café! 😀 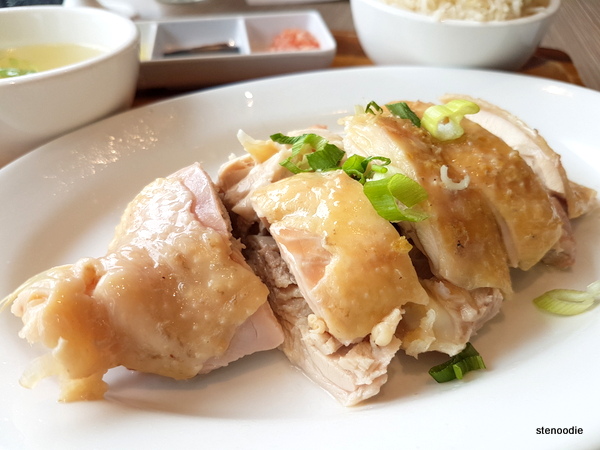 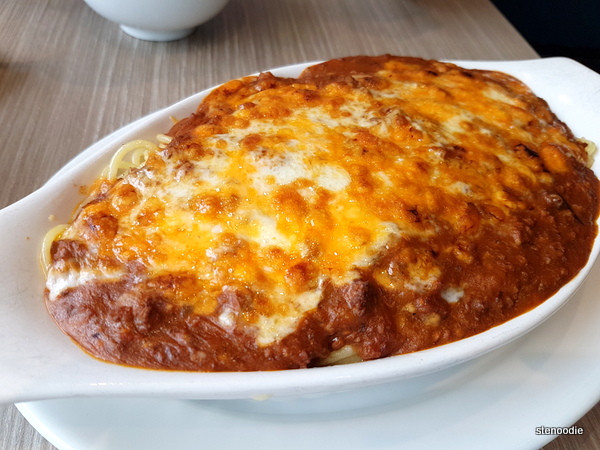 The Baked Spaghetti Bolognese, while ubiquitous at HK style cafes, stood out because of the high quality of ingredients.  It was densely cheesy, had ample meat bolognese sauce, and best of all, the spaghetti was even a little al dente which is unheard of in HK style cafes.  Usually, the pasta served in these Hong Kong style restaurants are mushier in texture. 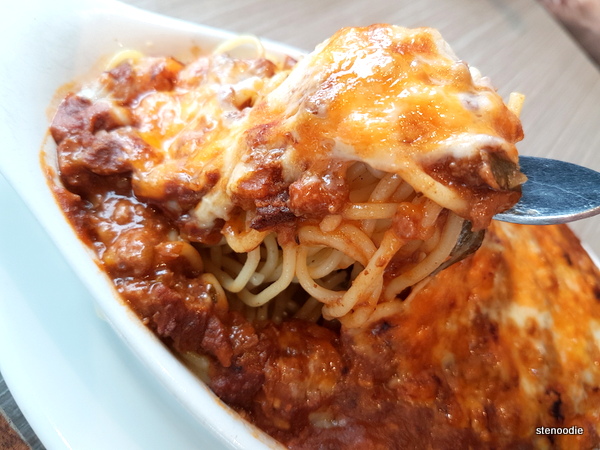 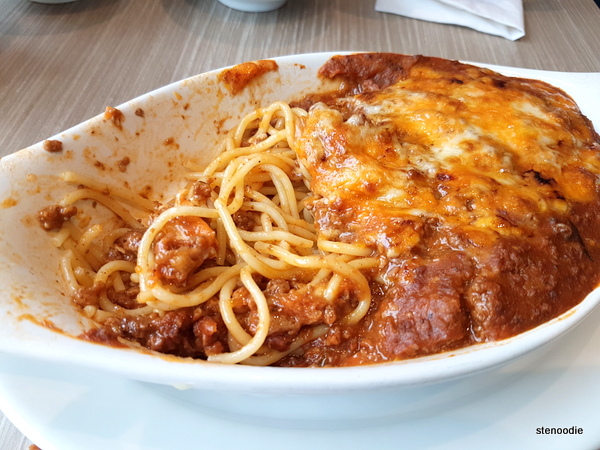 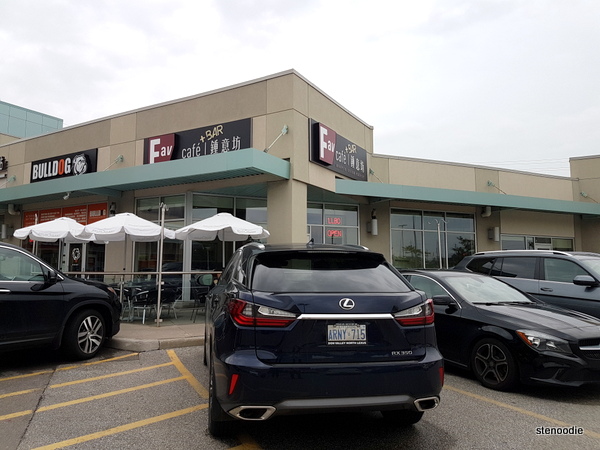 This plaza surprisingly gets really busy during peak lunch hours!

Overall, it was a really delicious visit save for a warmer, friendlier service.  Their prices are also a tad on the higher side for an HK style cafe, but as the food and quality are better quality than others in the city, it might be more of a premium Hong Kong style dining experience.

They also have a few other Singaporean items on the menu, some noodle soups, and an  Afternoon Tea menu.