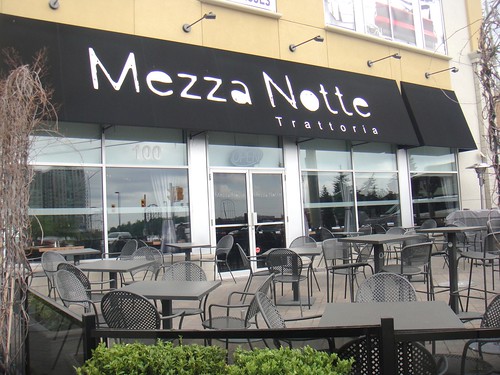 Located at 11 Disera Drive in Thornhill

I never knew that this little part of the city existed!  Betty suggested Mezza Notte Trattoria for lunch, the location that is in Thornhill.  The restaurant is located right on the corner of a very quaint and quiet neighbourhood with little shops and restaurants bordering a larger mall.  There’s side parking or you can park at the larger parking area of the mall and walk over.  It’s a very clean environment and nice to stroll in. 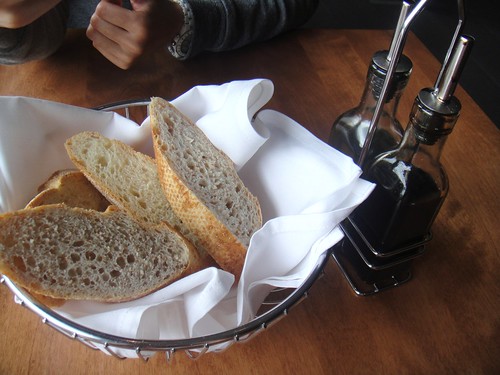 Bread with olive oil and balsamic vinegar to start

We ordered appetizers with our lunch.  I spotted escargots on the menu and instantly knew I wanted to order it — escargots are one of my favourite foods to have!

Betty ordered the Cozze Marinara mussels.  I tried a couple and it was rather tasty!  I liked the sauce that it was in too, a tomato-based one. 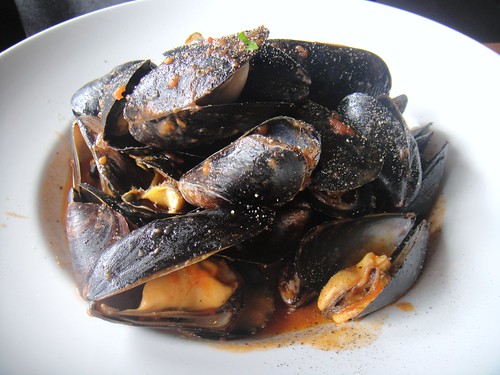 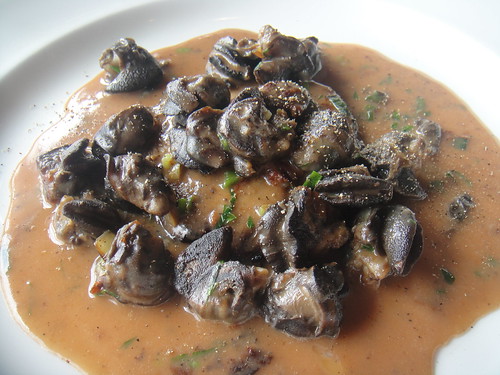 Mmm, I really enjoyed my Lumache Francese appetizer.  It was literally a plate full of escargots and slathered in mushroom sauce.  I never expected so many escargots.  If you didn’t know, escargots are on the pricey side so getting a hill of 20 escargots for $12 was really worth it in my opinion.  In the past, I’ve had escargots in a little dish that looked like his.  They’re best served baked in garlic, but I really enjoyed the big escargots and the soft mushroom. 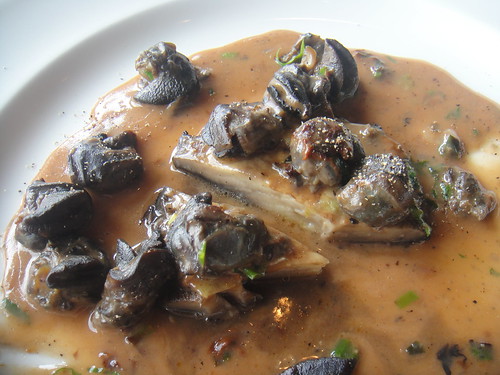 Since we were at an Italian restaurant, I had to try their pasta.  I chose the pasta with shredded sausage, spinach, and cheese.  Omg it was sooo heavenly and delicious.  I don’t eat pasta on a regular basis, but this orecchiette was soo good.  Each bite of orecchiette when combined with a bit of the sausage and spinach was perfectly balanced in flavour: a little chewy, crunchy, and salty. It was very good.  The portion was huge too.  I didn’t end up finishing it and packed the remainder to enjoy at home. 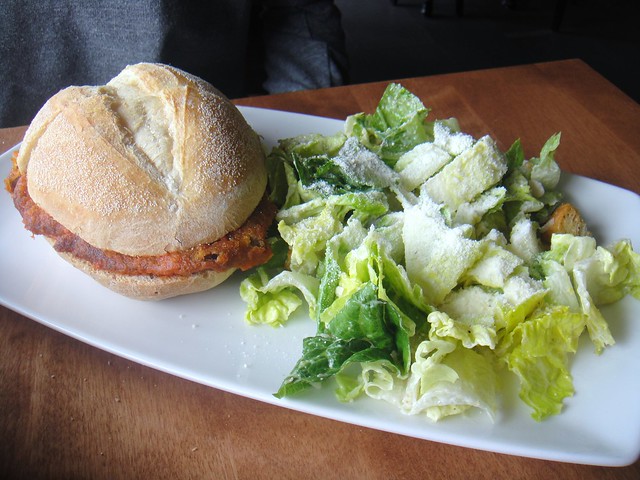 Betty ordered the panini which turned out to be more of a sandwich than a panini.  The bread was bun-like.  Betty cut a portion for me to try; I liked the meat!  It wasn’t terrible but we both liked my orecchiette pasta dish more.

As always, I’m curious about the dessert menu but we were too full to order any sweets to finish off the meal.  There weren’t a lot of customers at first in the restaurant, but as the afternoon continued, the restaurant filled up.