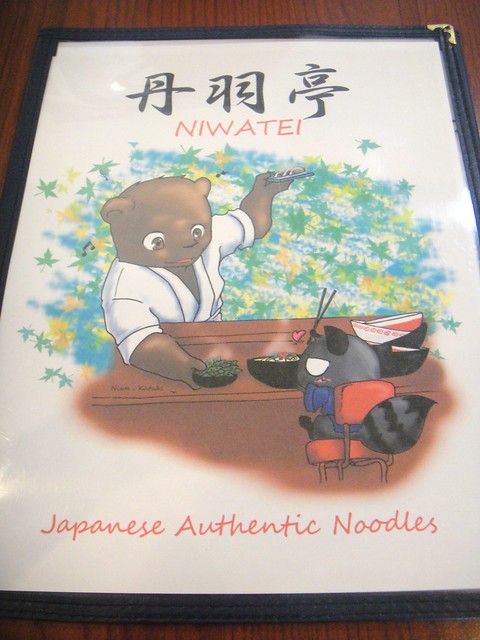 I haven’t seen Angel in a couple of years and we finally were able to schedule a day to have lunch together and catch up.  It’s been a while since those Saturday tutoring days!  Angel had been to Niwatei Japanese Restaurant for ramen before but I hadn’t, so I was excited to try out this restaurant that was located in J-town (where I’ve also had food from Shiso Tree Cafe and Izakaya Ju).
It’s a little quaint plaza that features all Japanese stores, restaurants, and groceries.  It’s located on Steeles Avenue just before the 404 highway and you can also get there by public transit. 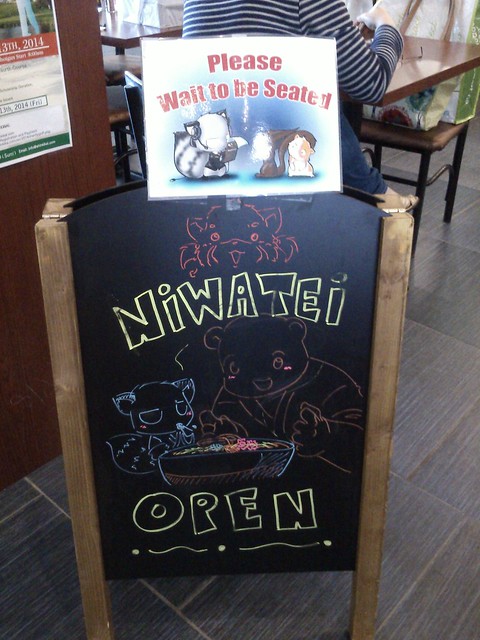 Their menu and restaurant features a lot of cute animated animals!

Apparently, at the time that we visited Niwatei, they were also renovating their main store which meant that they had moved to another shop to set up shop (lol).  After a bit of confusion, we finally found the restaurant embedded into the Cafe Green Tea.

There was a Deluxe Ramen Set and since I’m always out to try everything in a restaurant in one go, I ordered the lunch set which included a bowl of ramen, a side, and a dessert.  Score!  I love prix fixe sets like these.

For my ramen, I chose the Tonkotsu Miso Ramen which are pork bone with miso based soup.  Wow, I was very impressed with the texture of the ramen and also really enjoyed the soup base.  Yum! 😀 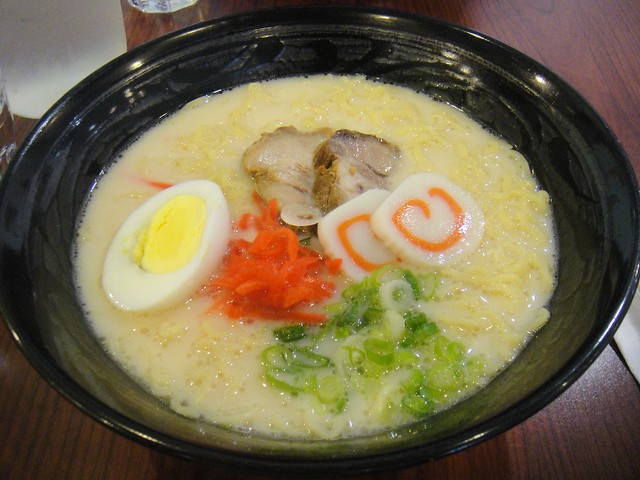 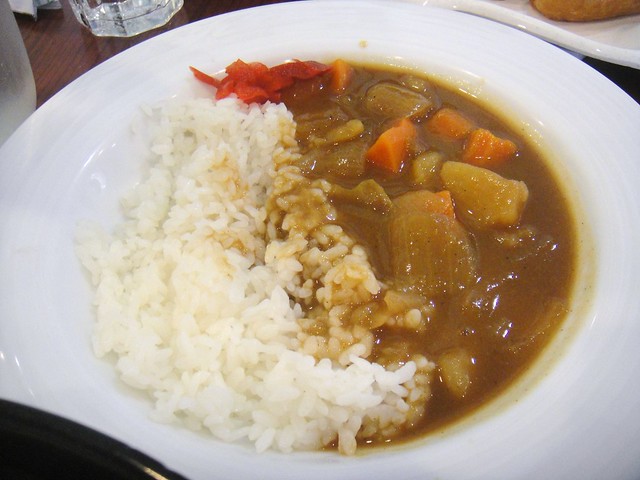 For my side, I chose the mini curry rice.  I haven’t had Japanese curry in a long, long time, so long that I feel like I haven’t ever had it before so I chose that for my side.  You can also choose gyoza, salad, steamed rice with mixed vegetables, mini seasoned beef with rice, or inari.  I enjoyed my mini bowl of curry rice.  It was Japanese curry which meant that wasn’t too spicy but also had enough kick to it.  There were also chopped up vegetables in the curry.  I liked it. 🙂

Angel chose the inari side.  I’ve never had inari before, but it is basically a piece of fried tofu with sweet rice inside.  It’s like a sushi almost!  I really liked this too. :3 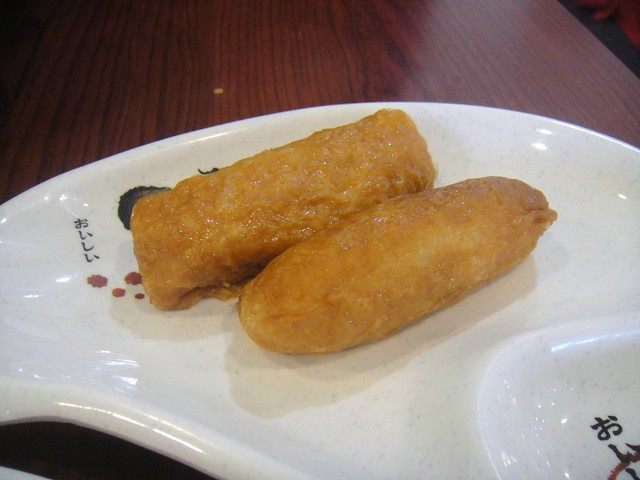 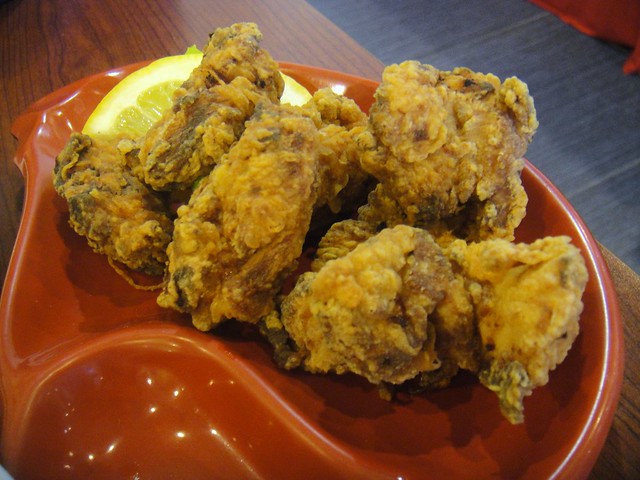 Another thing I wanted to try was their karaage.  I’m a sucker for Japanese fried chicken as you might know in many of my Japanese restaurant posts.  I always like to try their karaage because every restaurant makes it differently.  I like to search out the best karaage in town!  We ordered a side of karaage to share.  I was actually really disappointed with this.  First of all, it doesn’t even look good.  It looks very dark and the pieces weren’t crunchy.  It also tasted a little strange and not like your typical crunchy and salty karaage.  Don’t order this.

Lastly, the dessert arrived.  I chose the Mitsumame while Angel had the cream puffs.  Yum!  The cream puff was actually pretty good.  The Mitsumame was all right.  I liked the little dollop of red bean mash that was on top of the jelly. 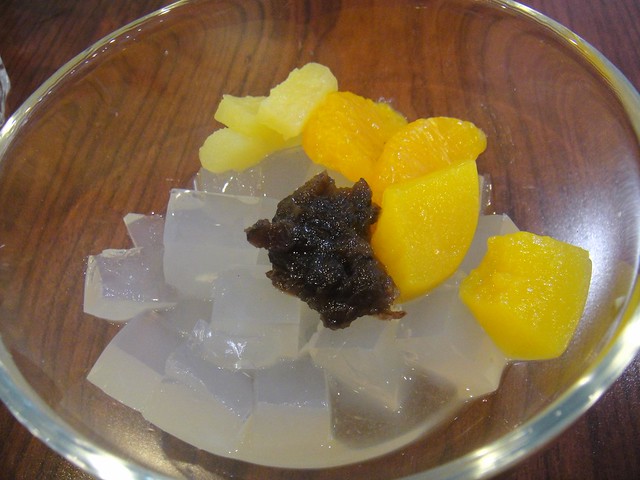 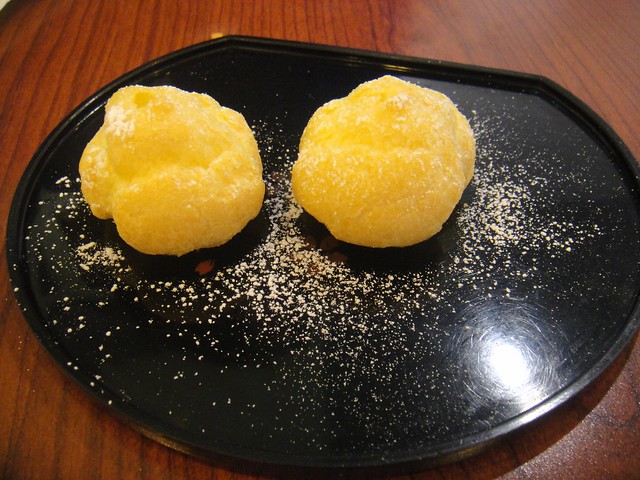 Overall, I really enjoyed the ramen from Niwatei!  It was a simple bowl of hot steaming soup.  I also really liked the options in their ramen set.

Have you been to this restaurant before?  What was your experience like?  Leave your comments below! 🙂