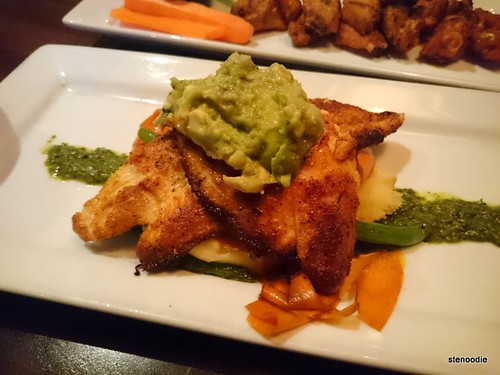 Tracy and I were due for a catch-up so we met up at Turtle Jack’s Muskoka Grill. This is a restaurant that you notice when driving east and west on 16th close to Leslie.  It’s right beside a Fraticelli’s (a really yummy Italian restaurant that I visited in my pre-blogging day and haven’t had the chance to re-visit again yet).

Turtle Jack’s specializes in “Muskoka Grill” and has branches all over the GTA.  I had skirted around coming to this restaurant since I hadn’t heard many good reviews about it but was open-minded to give it a try.

The interior is dressed up in warm cabin colours and very homey.  They have a terrifically strong free wifi network that extends to their parking lot too (impressive!).

It was homey but dead quiet inside

We were seated quickly by a very friendly and welcoming server who asked us if it was our first time here.  It certainly was and we told her so.  Moments after, the manager came back to offer his greetings and to provide a guacamole dip as a complimentary first visit.  How nice!!!  Tracy was very impressed with the gesture. 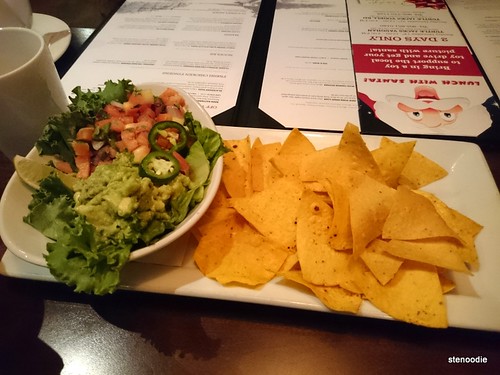 The guacamole with chips tasted okay.  I found it amusing that the avocado portion was separated entirely from the chopped tomatoes.  Despite guacamole being an awesome appetizer, it somehow didn’t satisfy my taste buds very much.

We ordered two things to share, thinking that it would be enough.

We ordered the coolly named Turtle Wings that were covered in some kind of sauce.  I was looking forward to this one since they’re the restaurant’s signature wings.  However, I was disappointed when I saw how tiny the wings were.  Just look at the picture! :S 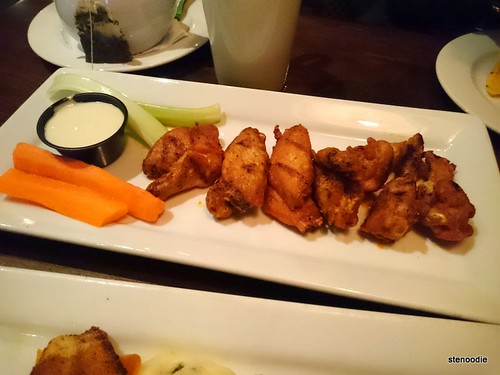 They were also very dry and didn’t taste very good.  What redeemed this appetizer was the pot of NY Butter Sauce that tasted like blue cheese dip.  This was creamy and delicious! 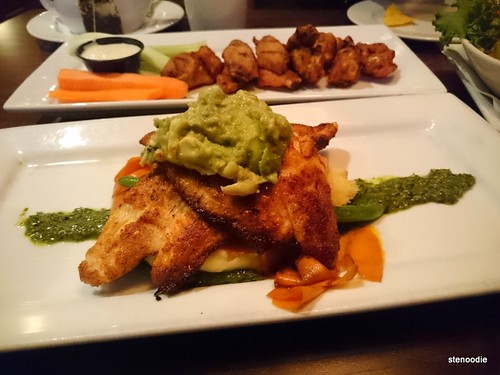 We ordered a seared basa fillet that came with lobster potatoes and vegetables.  The lobster mash enticed me very much and I was even willing to order just a side of it to try.

Again, I was disappointed.  The lobster mash barely had any lobster meat in it and no taste at all.  I had to convince myself that I tasted something seafood-like. 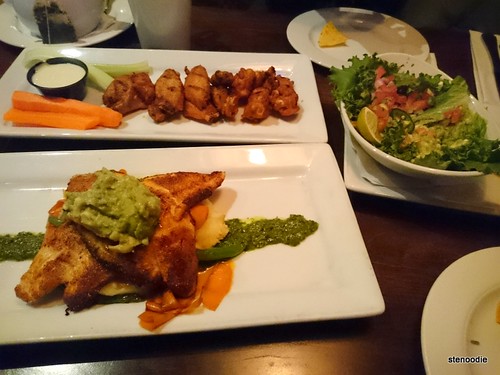 Look at how tiny the wings are! We were barely full

The basa fillet was seared and tasted okay with a bit of barbecue to it.  There was nothing too special about this dish. 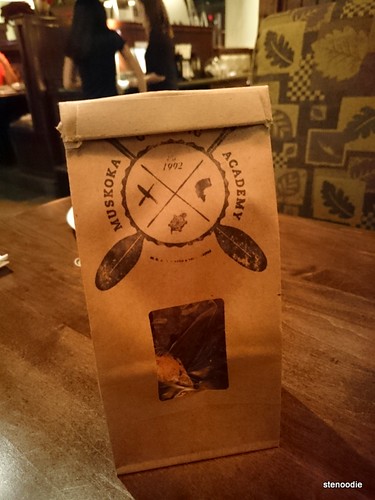 Lastly, we ordered a uniquely-sounding dessert in hopes that it would both fill us up and satisfy us on the happiness scale.  We chose the Muskoka Bites.  I have to say that we were indeed ‘warned’ by the server that there would only be four bites in the dessert, but I never expected it to look like this!

The server simply passed us a brown doggy bag that was stamped with the words ‘Muskoka Academy’ on it.  We opened the bag in a state of shock and saw four measly morsels of what looked to be dry brownie bites.  So this dessert was essentially just cookies in a bag. -_-  So lame!!

These bites were indeed dry and untasty at all.  I managed to finish it as I don’t like wasting food and I knew that even if I took it home, it wouldn’t have tasted any better.  Another bad part about this dessert was the presentation.  Couldn’t they have served it up on a plate with some drizzled sauce?? 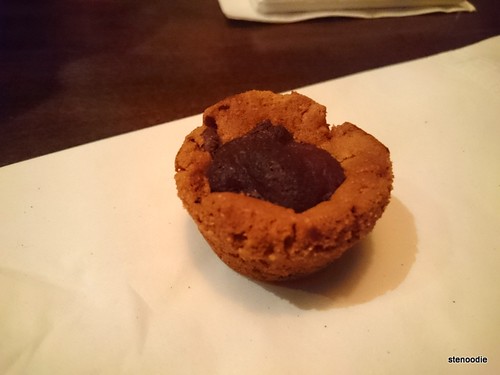 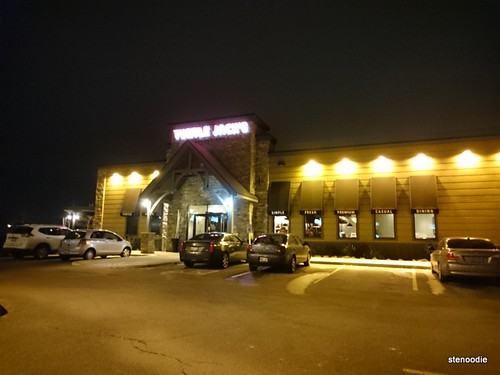 So quiet on Friday night :O
How are they still in business for so long?

Yesh.  I was really disappointed with Turtle Jack’s.  Perhaps it was the choices of food that we chose but when all four dishes aren’t tasty in one night, that’s more than enough to try.

Great job to our server though who attended to us during the meal and was very friendly.