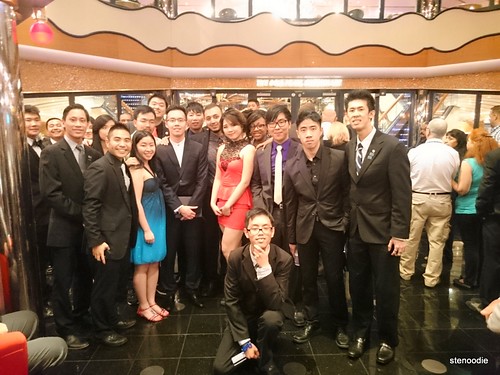 First formal night on the cruise!

This was our second day on the cruise but our first sea day!  Yay!  On this day, instead of cruising around and finding activities to do on the cruise, we had our very first GenYTO cruise coring on the boat!  It was really cool.  We all gathered after breakfast time in the Black Pearl to listen to first-time convention goers speak about their experiences, top successful entrepreneurs about their tips and lifestyle after not having to work anymore, and also about our upcoming cruise excursions!  After spending a lot of time together at the convention, it was nice to chill with everyone again and to learn.

At night, it was the very first formal night on the cruise!  This meant everyone was dressed up fancy and we took multiple pictures.  On this night, we also had lobster!  Yum!!  I was looking forward to this. 😀 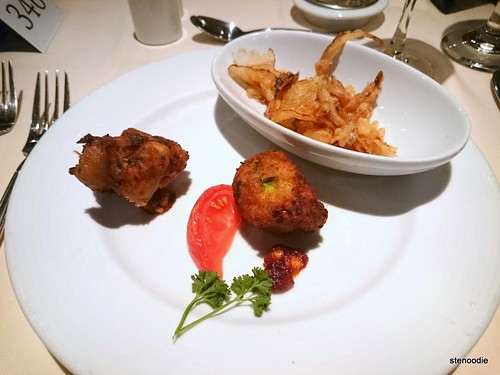 Under the “Didya (did you ever…)” try section, they had Spicy Alligator Fritters!  For sure I wanted to try this.  It came as two balls of fried batter with alligator meat inside and a portion of fried chips.  It was pretty good!  There weren’t too many chunky pieces of alligator meat inside fritter, but it was still a nice appetizer.  It was very unique for sure!  I love stuff like that. 😀 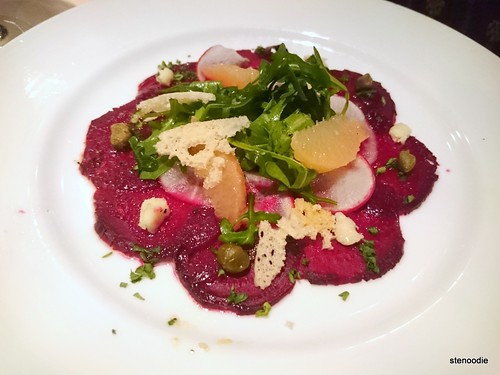 I also had the Sake Stewed Beetroot Carpaccio which is actually a vegetarian dish.  The word “carpaccio” usually is a dish of raw beef that is thiny sliced is arranged in a plate as an appetizer.  In this case, yes, the beetroot was definitely thinly sliced and arranged like carpaccio usually would be, except this was all veggies.  It was actually really good!  I didn’t taste too much of the sake though.  I also really liked the baby arugula, gorgonzola crumbles, and grapefruit segments.  So good!  I also thought this was a very unique appetizer too. 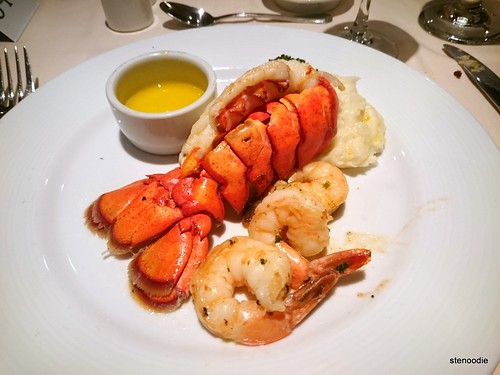 Next up, lobster!!  It was a Broiled Maine Lobster Tail with Jumbo Black Tiger Shrimp with yukon gold potato mash and roasted broccoli florets.  I liked how the server assumed that almost everyone would get seconds and thirds of this dish that when he took my order and I asked for one order of the lobster tail, he winked and said he’ll get me too.  Haha, so awesome. 🙂 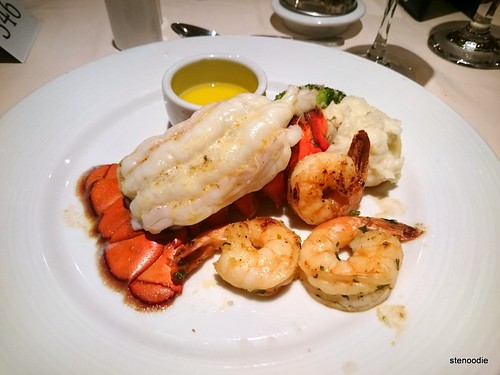 I love how the lobster tail was already cut out for you to eat. It was pure mouthful of lobster!

I was actually truly impressed with the lobster tail and how delicious it was!  I love boiled lobster tail with butter to dip in!  It’s simple but deliciously amazing.  It was so well done and the tiger shrimp on the side were a great finish too.  The mash was yummy as well.

Interestingly, the second order of lobster tail, despite being the same, actually tasted a little more raw to me and wasn’t as flavourful as the first plate was.  Maybe they were rushing out so many lobster tails that mine wasn’t cooked as long.  Either way, it was a great course of lobster!!  Yum! 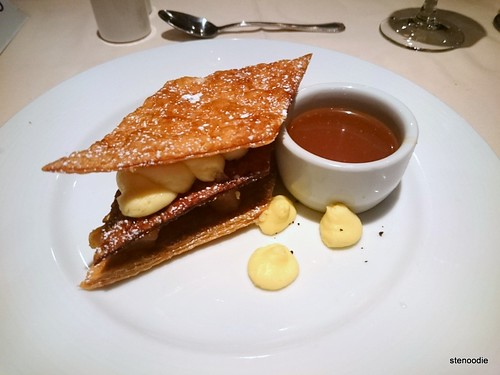 For dessert, I had the Caramelized Apples on Puff Pastry.  It was served with vanilla cream and caramel sauce.  Raahim advised me to pour the caramel sauce all over the sweet creation since he said it was amazing that way.  I haven’t had a dessert like this before.  It’s quite the architectural feat!  It was actually pretty good and the caramel sauce definitely added to it.  Yum!! 😀

All in all, I was more impressed for this second night of dinner that we had.  The alligator, carpaccio, lobster tails, and dessert all hit the spot.  Yay! 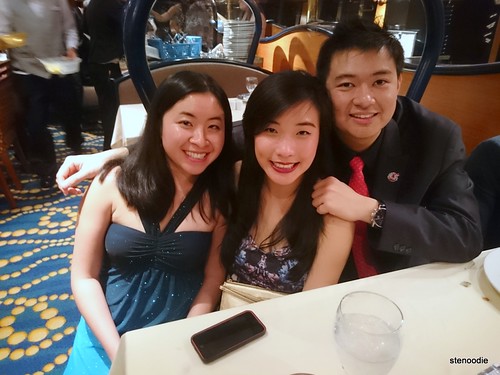 A picture with NSC Andrew and Shiang Yee to end the night : )