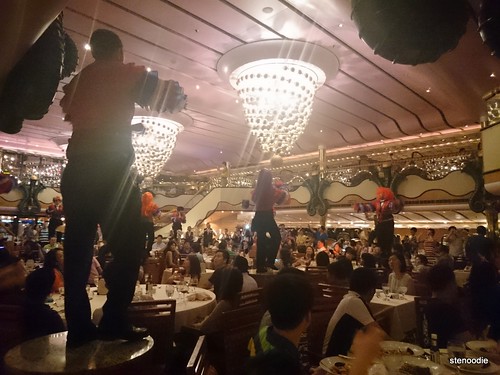 After a hike through the underground cave and river in the Secret River excursion, dinner was served at the Gold Pearl.  Yay!

Tonight, I chose even more food than yesterday.  I had four appetizers, one main, and one dessert.  Uh oh, the days are getting shorter and I’m eating more and more.

The French onion soup had a really good gooey cheese top and contained onions in a light soup.  It was good! 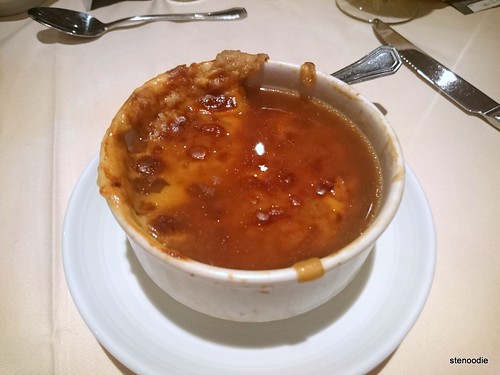 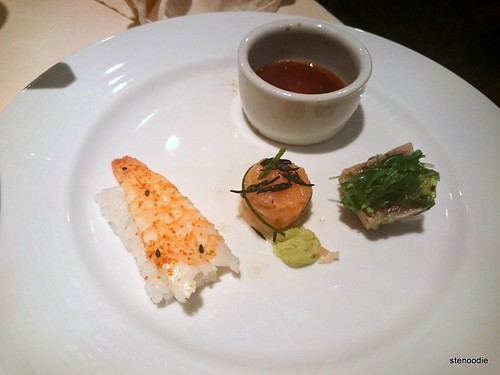 The sushi selection was really cute with just three pieces.  Each one was delicate but only the shrimp sushi tasted authentic sushi.  The other two was a salmom tartare and a roll with seaweed salad on top of it.

The smoked chicken Quesadilla was pretty good too!  It was flavourful and contained lots of chicken in it.  I kind of wished the black beans were replaced with black olives though to make the Quesadilla more moist. 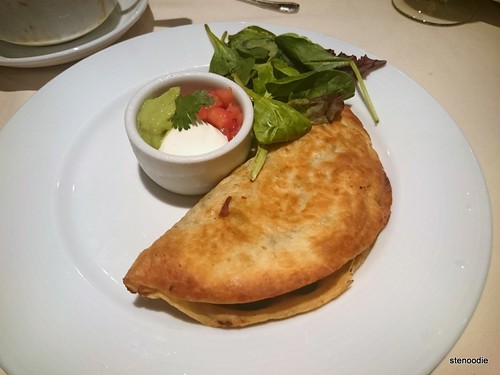 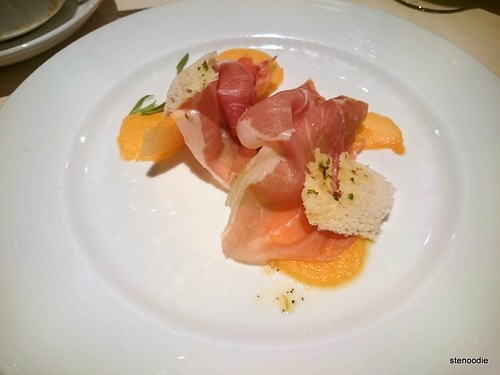 The prosciutto with melon was yummy too and nicely presented!  The melon and accompanying melons were very juicy.  The prosciutto was thinly sliced which was good but tasted just slightly dry.  The melon balanced it out though so it was still very good :).

This was the first night where I enjoyed nearly every appetizer :). 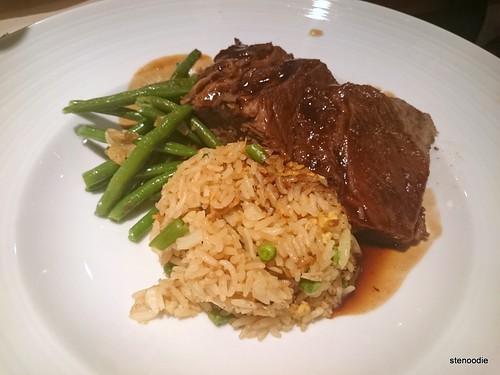 For the main, I chose the Jerked Pork Loin.  This portion was huge!  It came with three huge slices of pork loin.  It didn’t taste very “jerk” to me but I was impressed with how tender and soft the meat was.  The string beans and fried rice were also good.  This fried rice was much better than the one from the first night.  I managed to finish the entire plate (save for two slices of pork loin that I gave to Ray which I had too much already). 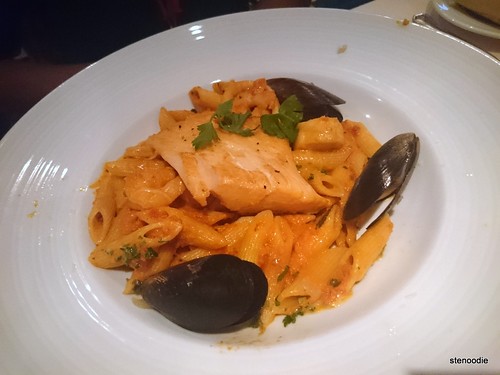 I also had a few bites of the penne pasta with seafood.  I really really liked the penne pasta even though I’m normally not a huge fan.  This penne was perfectly al dente and mixed with just the right amount of sauce.  The salmon was so-so, the scallop was a bit fishy, and the mussle wasn’t fortunate enough to be mixed in with sauce. 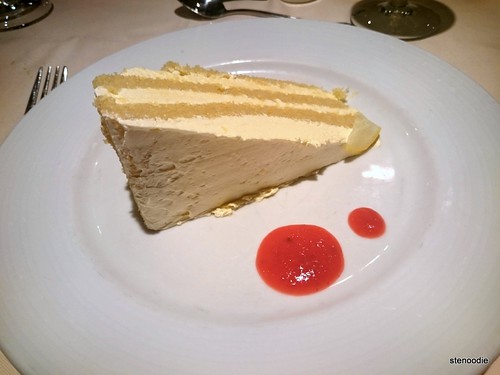 Lastly, dessert!  I ordered the lemon cake since it sounded like the lightest choice of all the options.  When it arrived, I have to admit that it wasn’t particularly presented well buy it actually tasted super good.  Yum!!

So there you have it, Day 3 dinner brought to you by Carnival Splendor! 🙂