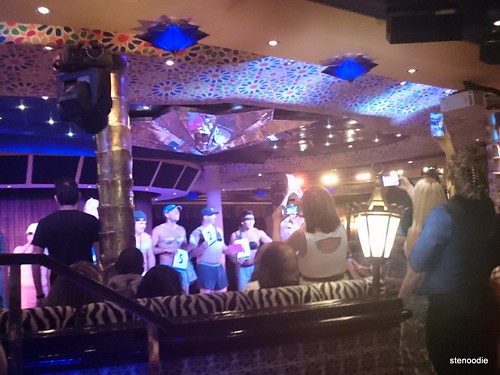 Day 4 dinner was a bit rushed and chaotic.  Since none of the big group is able to sit and eat together, it was suggested that we go to the open-seating Black Pearl Restaurant at 7 p.m. in order to eat together.  However, when we got there at 7, it was packed and there wasn’t any room for us.

Thus, we ended up filling some spots at the 8 p.m. dining at Gold Pearl.  Since dinner started at 8 p.m. and there was a funny 9:30pm game show called Game of Love that I really wanted to see, I made sure to order and eat quickly so I could make it out of there by 9:30.

The list of entrées didn’t look very appealing tonight so I chose 5 appetizers to tide me over. 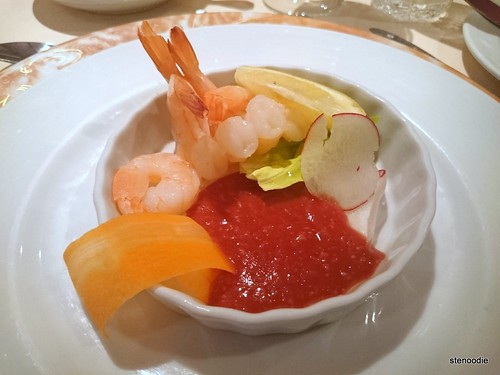 The shrimp cocktail is on the everyday menu and wasn’t as amazing as I thought it would be.  I still compare profusely everything that I’m seeing on Carnival Splendor with the menus on Ruby Princess that I was on last year and this shrimp cocktail definitely paled in comparison to Princess’.  The shrimp was tiny and weak.

The Ka Tom Gai Thai chicken soup was thin and had a spicy kick to it which I enjoyed.  Jason and Sereen didn’t like it at all.  I also liked how smooth the chicken was and the large pieces of mushroom. 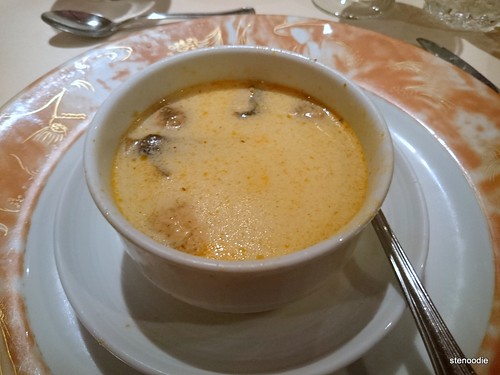 The smoked duck was yummy and the first bite of the first piece tasted particularly delicious. 🙂  There were vermicelli beneath it too. 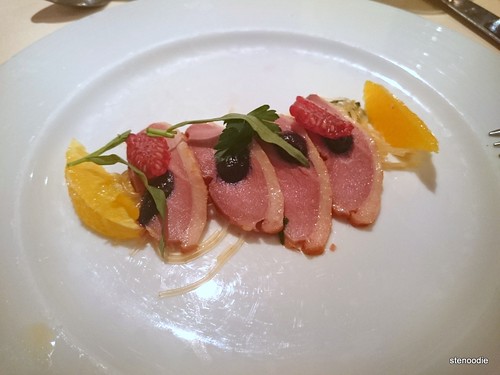 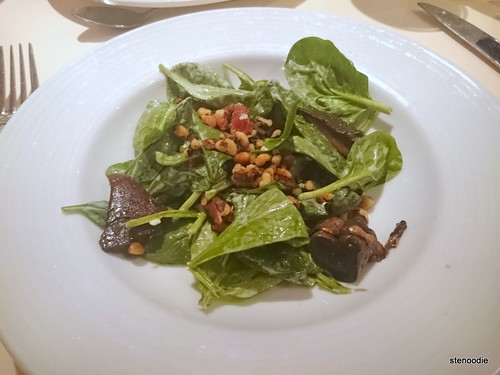 My order of the spinach and mushroom salad surprised me a bit as I didn’t expect it to be in a salad formation for some reason.  The spinach leaves were drenched in sauce which I didn’t dislike.  There were fewer mushroom slices than desired but overall it was a good-tasting salad.

The shrimp and crab ceviche was something I had high expectations for and it certainly was below my expectations.  It arrived in a long oval-shaped dish where the shrimp and crab morsels were crumbled up.  The sauce was weak and the ingredients didn’t tie in well together at all.  This was such a disappointment. 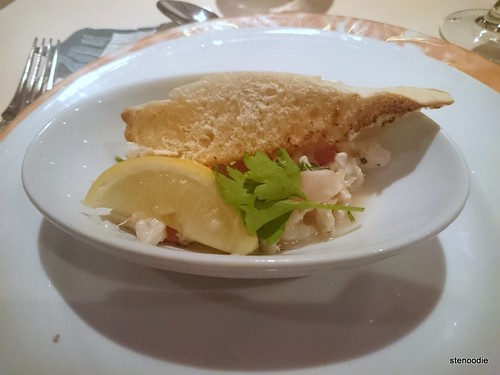 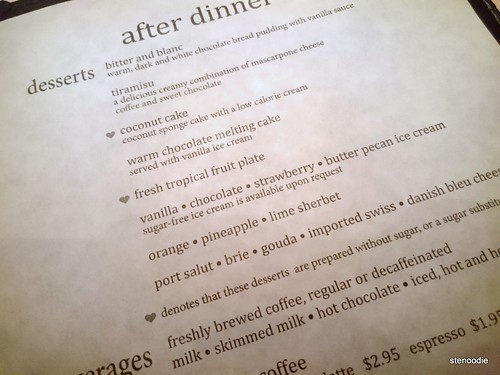 Alas, that’s all the food I had for dinner that night because although I asked for the dessert menu twice, it was never brought to me until 9:20 p.m. and I knew for sure the dessert wouldn’t be arriving in time for me to eat it so I dashed off at 9:25 to the Spectacular Theatre.

I really don’t like the dining staff here at Gold Pearl on board the Carnival Splendor.  They look kind of miserable and aren’t fun and also took so damn long to fulfill my menu request.  Ugh.  I would have liked to try out their Tiramisu.