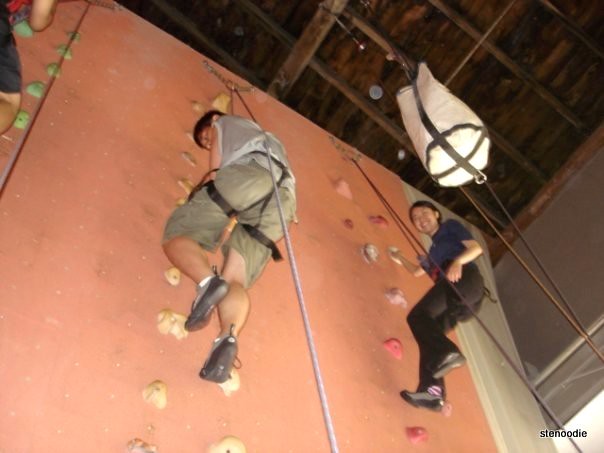 Rock climbing is so fun!  This photo was taken at Rock Oasis downtown in Toronto six years ago! (:O) 🙂

Some walls are harder to climb than other ones and usually the walls are marked with a number that tells you the incline of the wall.  No matter what, when you reach the top of the wall (sometimes there is a bell to ring for fun), you feel victorious because you’ve officially conquered climbing a wall! 😀 It’s quite an exciting feeling.

I'm a stenographer, foodie, avid traveller, and new mom who loves to share her experiences with the world.
View all posts by stenoodie →
This entry was posted in Weekly Photo Challenge and tagged challenge, climbing, fun, postaday, reach the top, rock climbing, victory, weekly photo challenge. Bookmark the permalink.