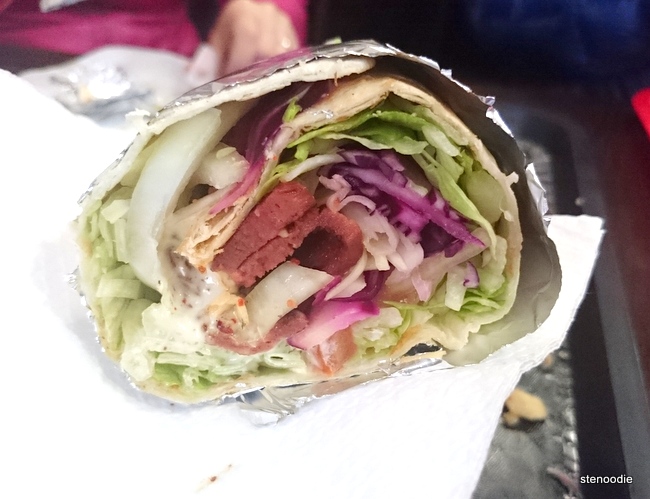 After arriving in beautiful Luxembourg in the late afternoon and strolling around its breathtaking medieval old towns and views, it was time for dinner.

We stopped at Snack Ankara Sàrl, a Middle Eastern fast food eatery, for a quick and cheap dinner.

Since we were all sharing, instead of having the sandwiches between buns, the man behind the counter was nice enough to suggest that he put everything into pita wraps instead so that it could easily be cut apart for us. 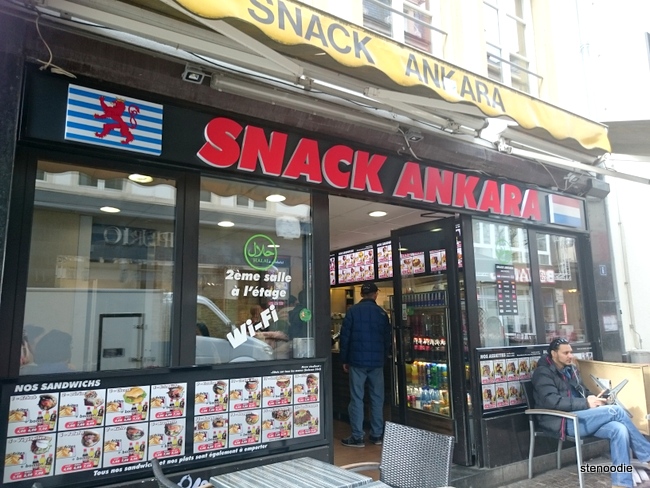 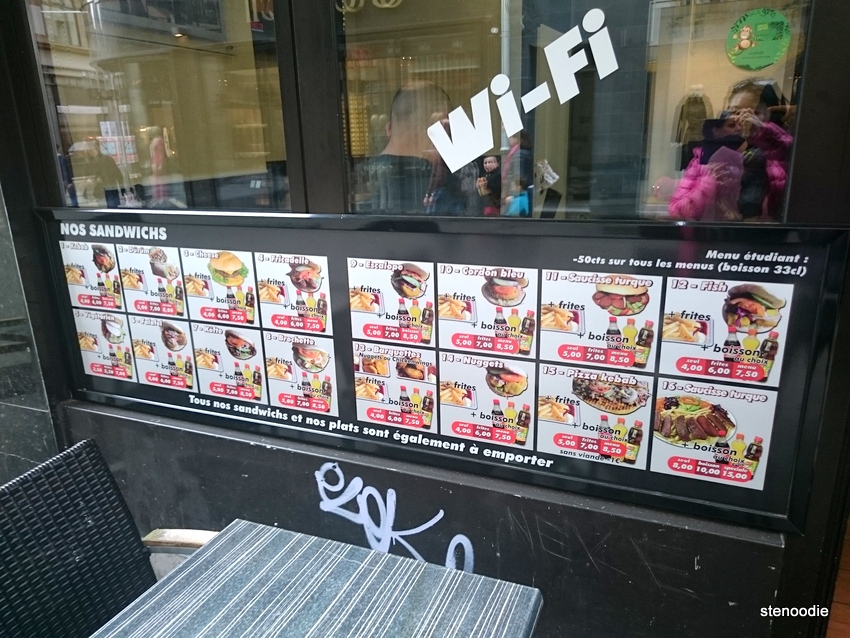 Sandwiches available by themselves or in a combo 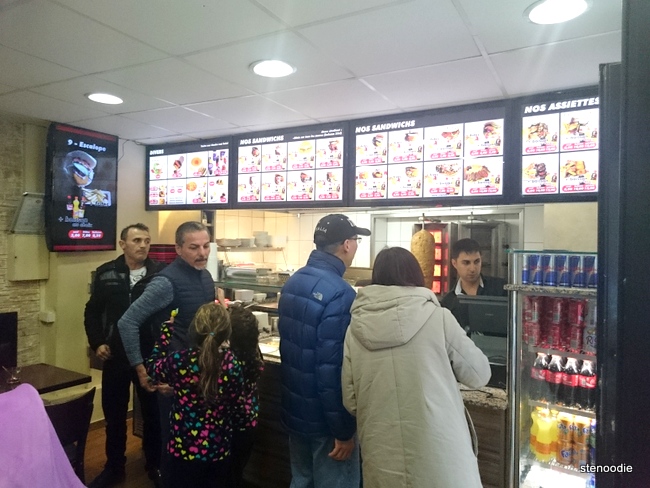 Lining up to order and pay

We ordered the Falafel, Saucisse turque, and Cordon bleu.  It didn’t take long to order and we ate inside where there were a few seats (you could also choose to dine outside where they had a small patio). 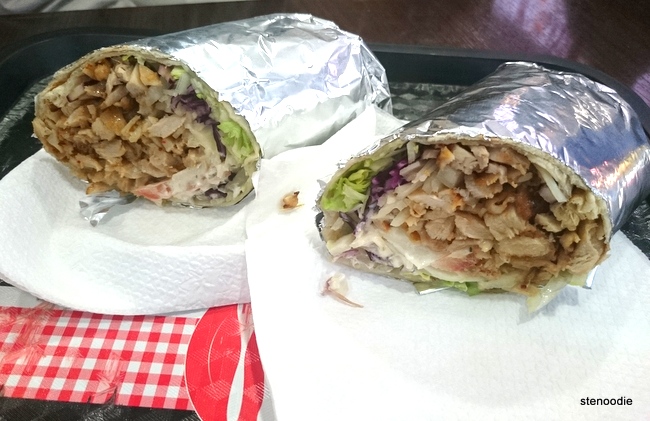 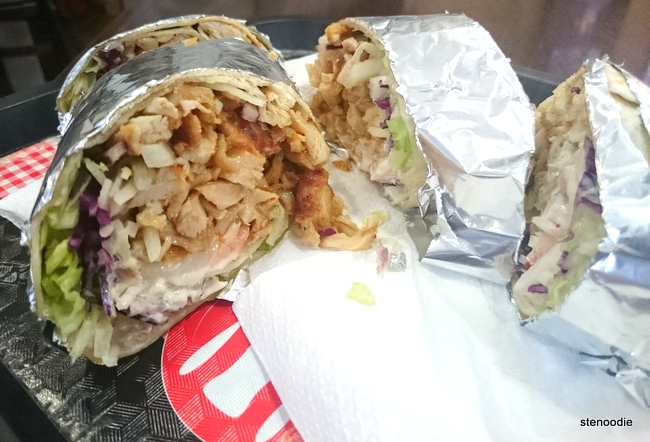 Look at all that stuffing inside! :9 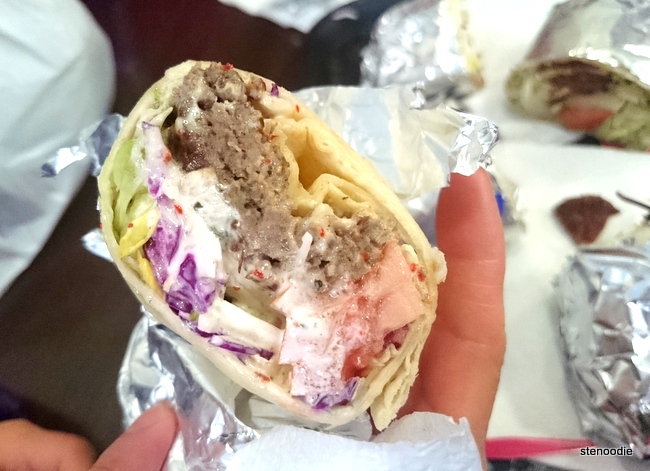 It was pretty good 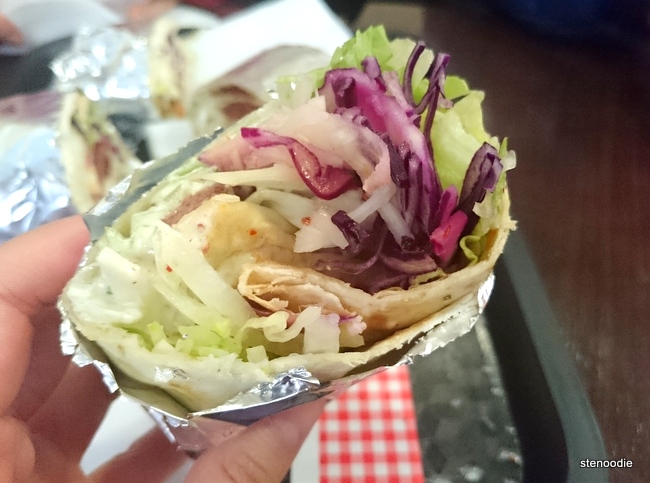 A lot of fresh veggies! 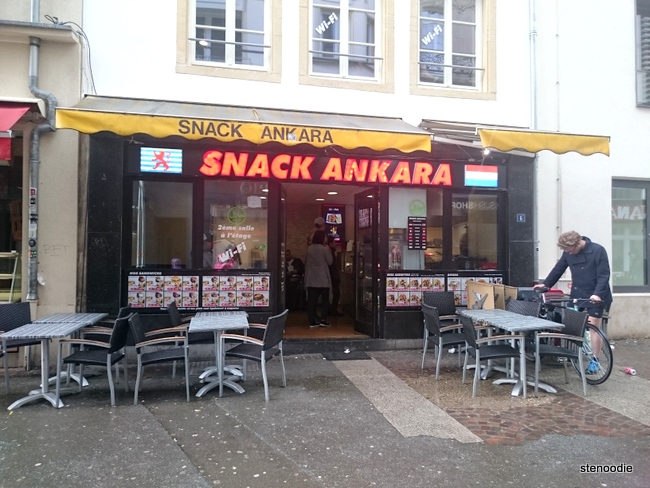 Everything tasted great and there were a lot of veggies and stuffing inside the pitas!  It was quite tasty and very affordable.

Have you been to Snack Ankara before?  Leave your comments below.

I'm a stenographer, foodie, avid traveller, and new mom who loves to share her experiences with the world.
View all posts by stenoodie →
This entry was posted in Food, Travel and tagged 2163 Luxembourg, 6 Avenue Monterey, cheap dinners in Luxembourg, cheap eats in Luxembourg, Falale, falefel in a pita, Fast food shops to eat at in Luxembourg, Mediterranean, Middle Eastern, pita, Saucisse Turque, Snack Ankara, Snack Ankara Sàrl. Bookmark the permalink.