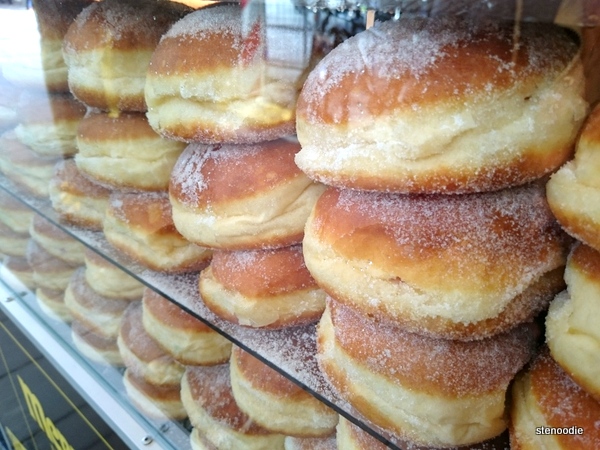 After exploring Cathedral Gothic with about 20 minutes to spare before we had to meet up with the group, I spotted the word “cafe” down the street and headed there to see what it was selling.  The foodie in me just couldn’t resist!

It was a bakery and there were so many people in front of Merzenich Cafe Haus!  Their displays were so gorgeous.  I just had to try something. 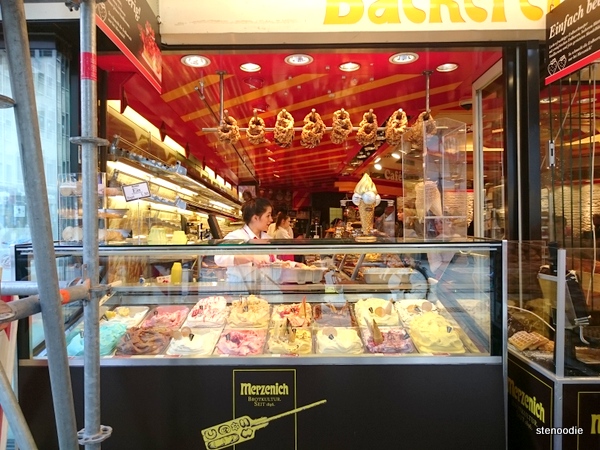 Gelato being sold out in front!

Their strawberry-filled doughnut buns called “Berliner” were selling at the front of the store and lots of people were buying them.  I got two since two was 1,25€.  Anything that were stocked in huge demand and which people were picking up every couple of minutes must have high value in it! 🙂 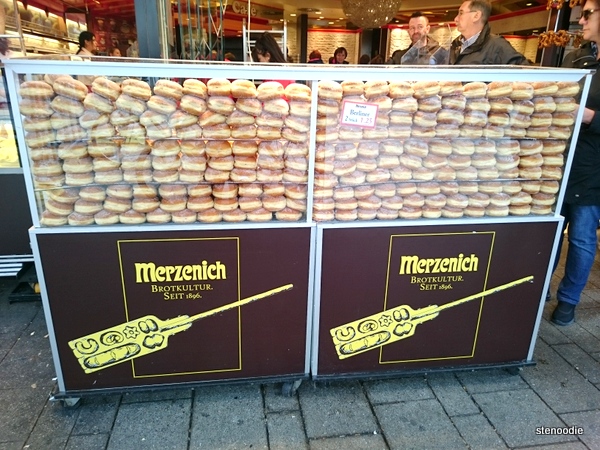 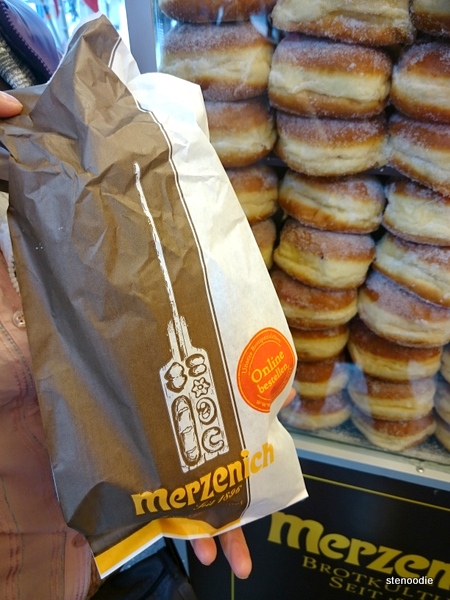 The two Berliners nestled inside this paper bag 🙂

My mom pointed out the desserts at the front display and turned out that one of the desserts on the toppings were apple!  We bought one to try (called a Streuselstreifen) and it turned out to be oh-so-delicious! 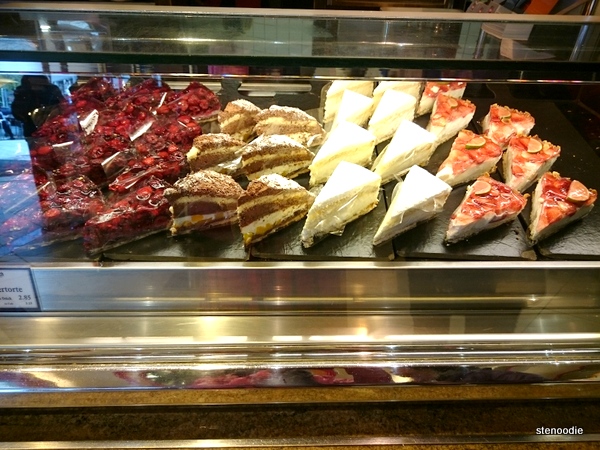 Lots of cakes on display 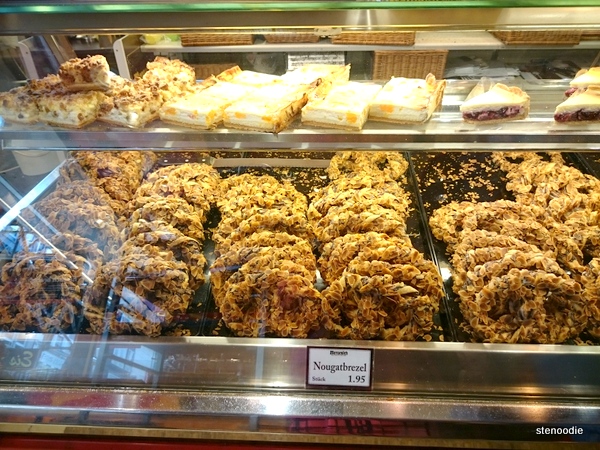 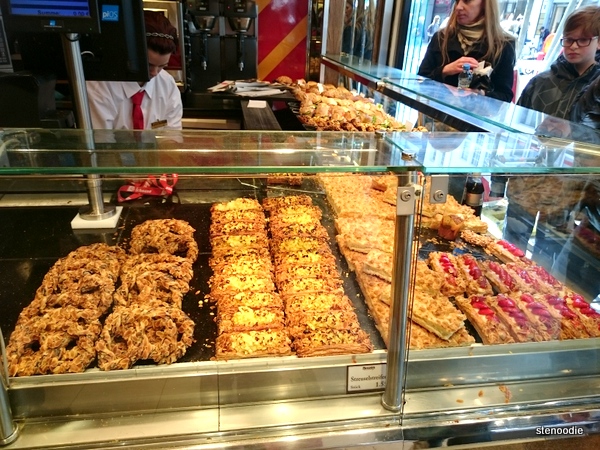 A lot of varieties!

I took a REALLY quick video of the bakery to show what they had for sale.  Pardon the jerky movements… I was trying to capture everything but wanted to go fast for the sake of time.. :3

We paid for everything and then took a seat inside the bakery.  In addition to lots of sweet pastries, tarts, buns, and even gelato, they also sold savory sandwiches and drinks too.  It was a very casual and comfortable bakery to seat yourself in to enjoy a pastry and drink on a sunny afternoon. 🙂 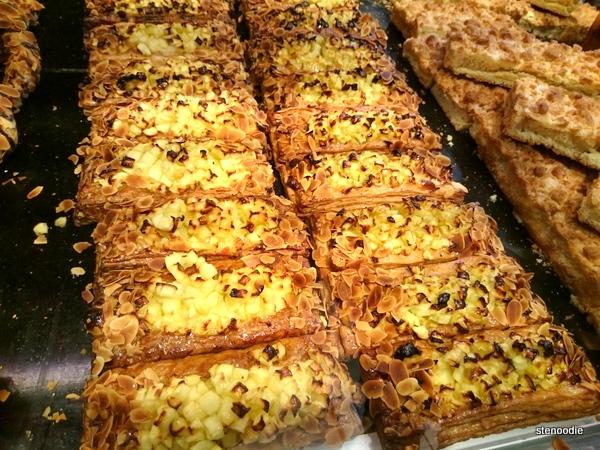 The Streuselstreifen (an apple pastry) was firm and crunchy while the top containing soft sliced apples that weren’t too sweet.  It was such a delicious dessert!!  We gobbled it up within seconds (both because we were low on time but also because it went down so easily). 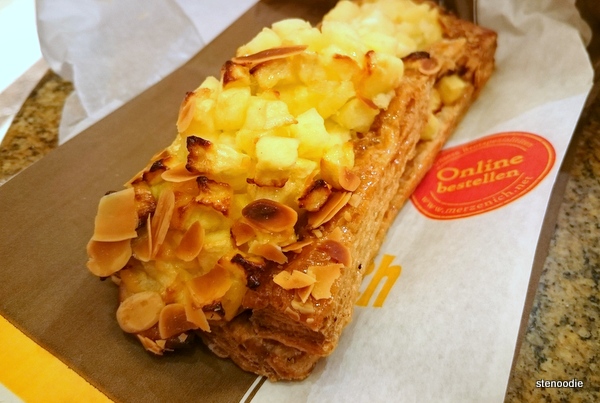 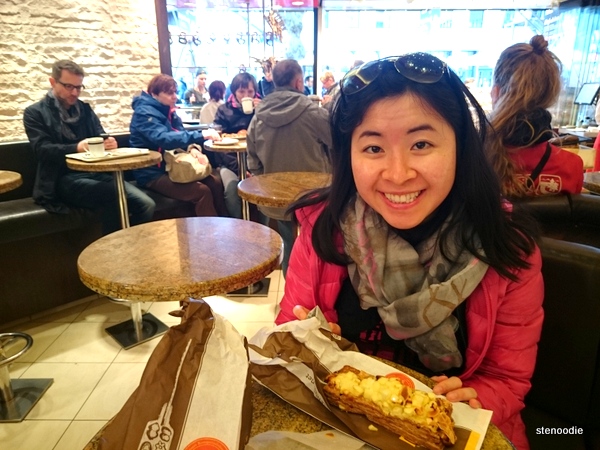 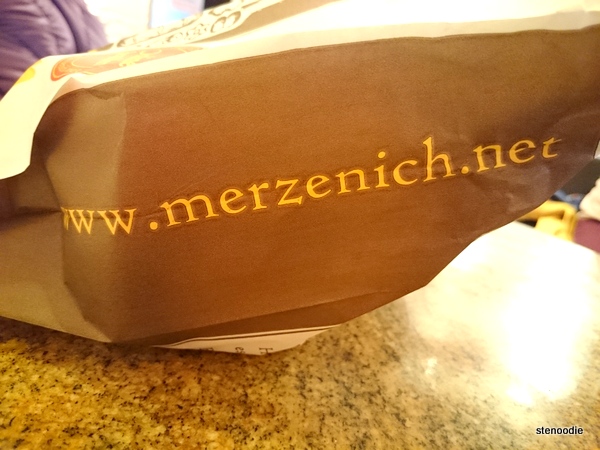 To use their restroom, you take a small elevator down the stairs.  It was so cool!

We made it back to the bus in record time and we made our way to the Netherlands.  Yay! 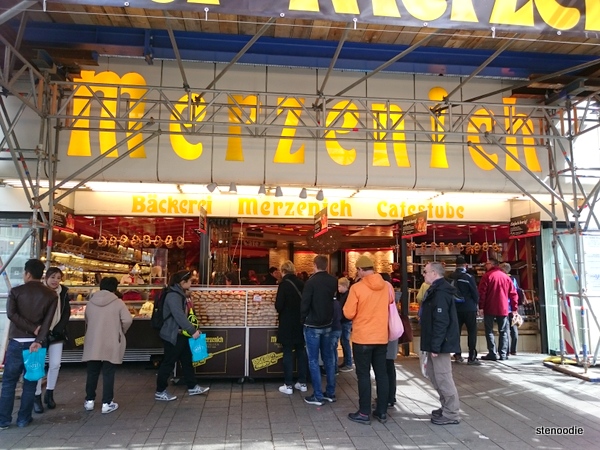 The front of Merzenich Cafe Haus — so many people strolling about! 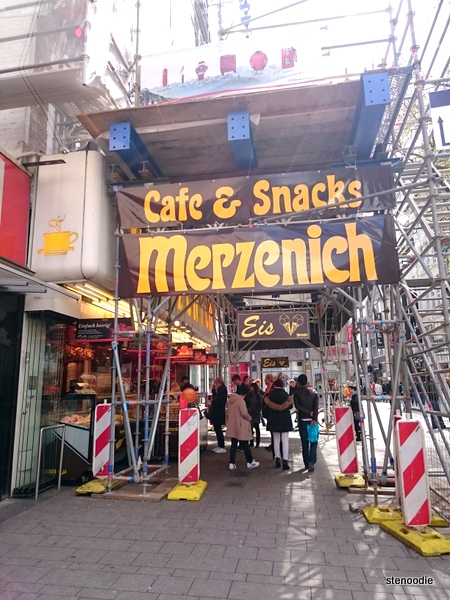 Merzenich Cafe Haus from the side. This was the “cafe” word that I saw and which immediately drew me over XD

When it came time to have a second quick pit stop for a washroom break during the bus ride, that was when I tried the strawberry-filled bun on the bus.  Yum!  It was coated with sugars on the top and very soft.  The strawberry jam wasn’t found until I bit further into the bun though but I still enjoyed this delicacy. 🙂 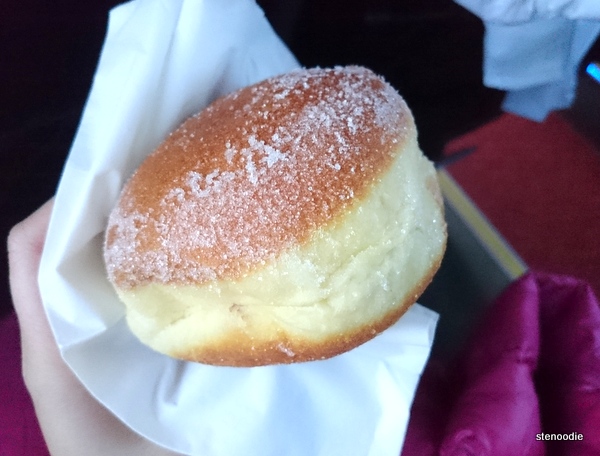 Berliner on the bus 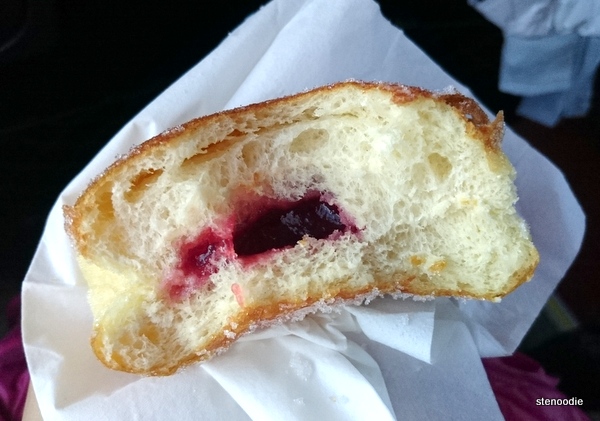 Inside of the Berliner

(When writing this blog and Googling the word “Berliner”, this is what I learned from Wikipedia:

“A Berliner Pfannkuchen (Berliner for short) is a traditional German pastry similar to a doughnut with no central hole, made from sweet yeast dough fried in fat or oil, with a marmalade or jam filling and usually icing, powdered sugar or conventional sugar on top.  They are sometimes made with chocolate, champagne, custard, mocha, or advocaat filling, or with no filling at all.”

Cool!  So grateful to have tried a traditional German pastry on a whim in my travels! ❤ ^_^)

Out of curiosity, this is how you can make a Berliner!  (The video is in German, but I’m sure you can find an English recipe online somewhere to follow along.  This video is fun to watch to see approximately how they make these German pastries!) 🙂