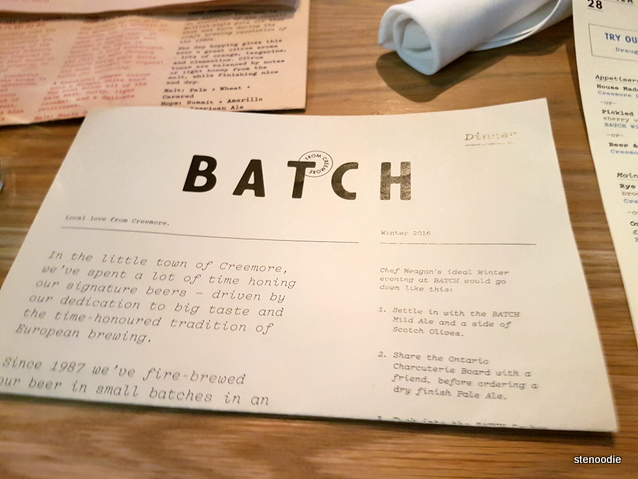 Holly, Joyce, and I made reservations to enjoy a Winterlicious dinner at Batch on a Tuesday evening.  This was the evening where Toronto had freezing rain warnings and lots of falling ice later in the evening due to the warmer temperatures but we all still made it safely into the Batch restaurant which featured a brewery and was a “microbrewery” restaurant. 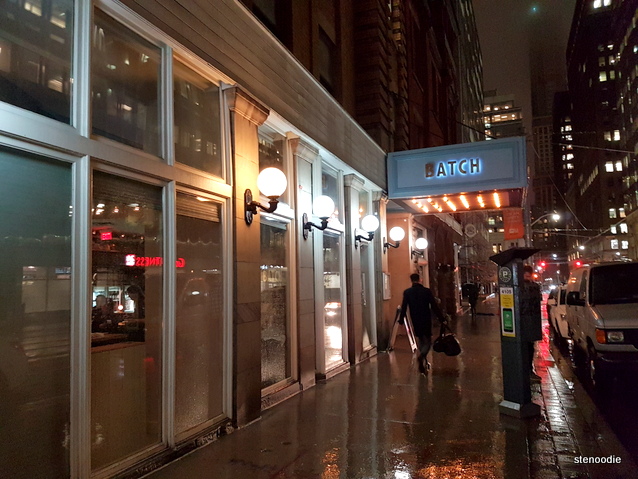 Outside of Batch on Victoria Street

This three-course prix fixe menu contained recommended beer pairings for each course.  There were a lot of TVs all around the restaurant which would make for a great place to enjoy game night and food and a cold beer.  There were a lot of after work crowds here too as we settled into dinner. 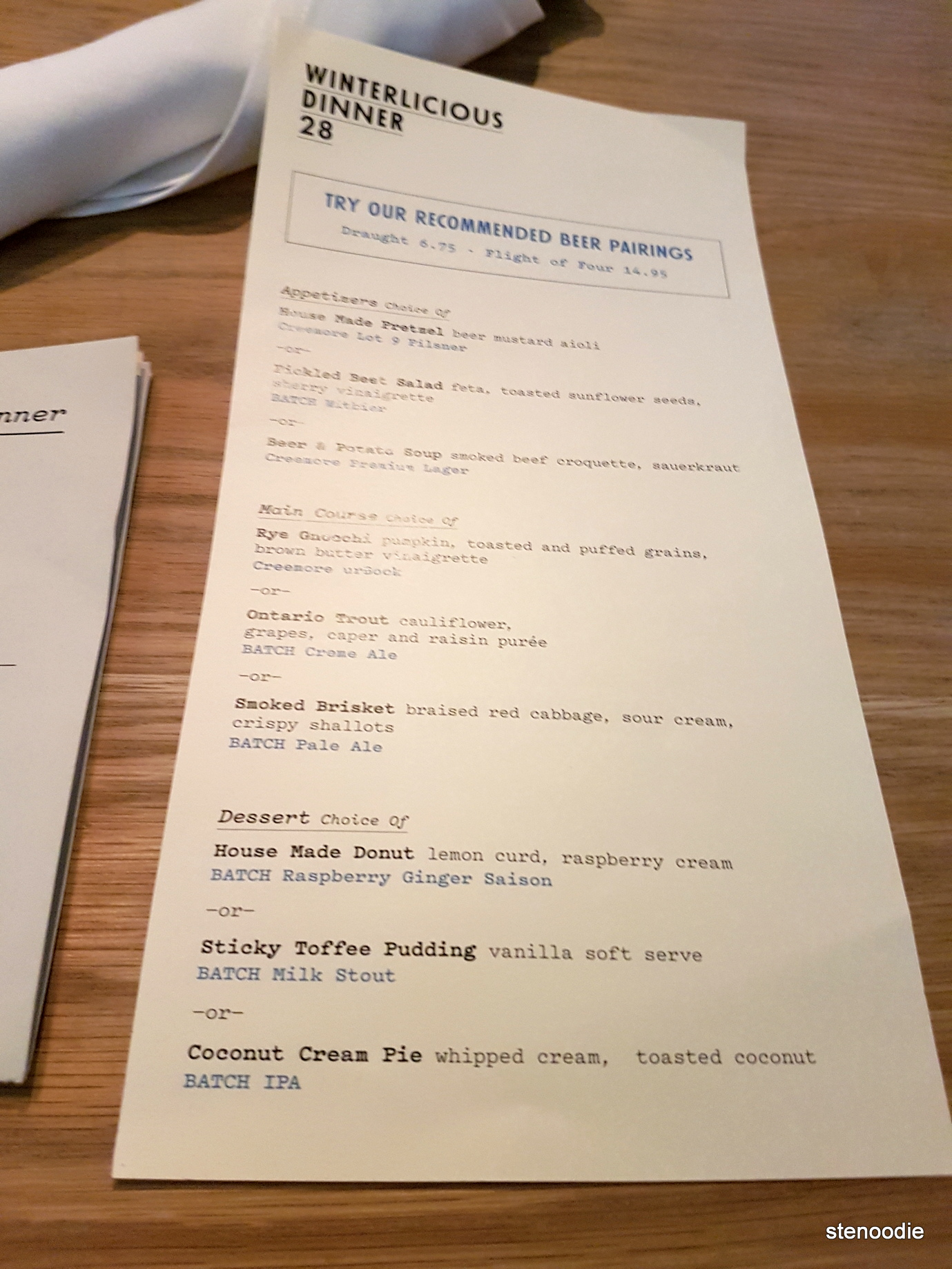 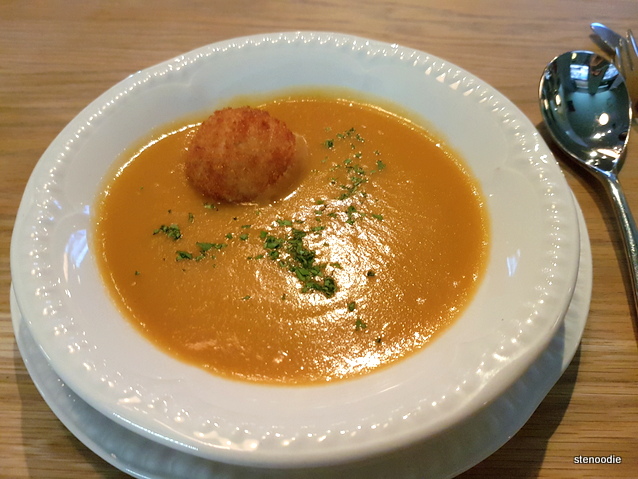 I chose the Beer & Potato Soup which had smoked beef croquette and sauerkraut.  I found this to be a very mediocre but decent tasting soup.  The consistency of the soup was very grainy from the potatoes and the soup was hot and fresh.  The smoked beef croquette was definitely the highlight of the soup; it was a large beef ball fried in bread crumbs.

This was the Pickled Beet Salad that Joyce and Holly ordered.  It had feta, toasted sunflower seeds, with a sherry vinaigrette.  They enjoyed it. 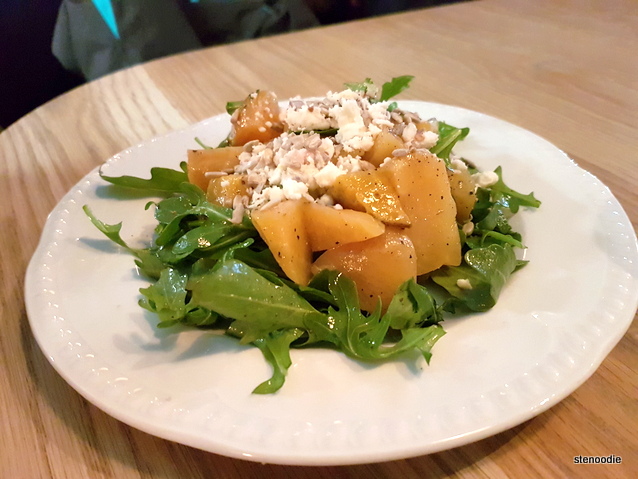 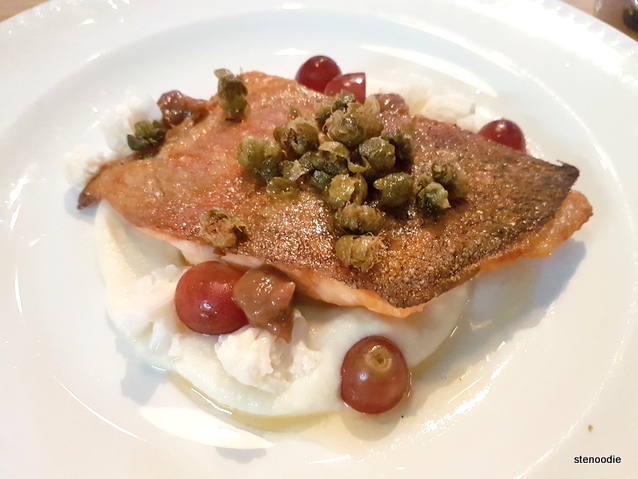 The main that I chose was the Ontario Trout.  This came with cauliflower, grapes, and a caper and raisin purée.  This dish was hot and fresh out of the kitchen and I absolutely loved it.  I have to say that very few restaurants prepare and cook fish well but Batch definitely nailed it with this Ontario Trout dish.  The skin of the trout was delicately fried so that it was incredibly crispy and delicious; and yet the meat of the trout was amazingly moist and tender and just perfect.  I couldn’t believe how delicious this trout dish was!

The other delicious elements of this dish had to be the raisin purée that was so smooth and slightly seasoned, the tarty cauliflower florets, and the crunchy fried capers.  I didn’t care too much for the half-cut grapes in the dish but they were another unique component to the dish.  The portion of this dish was fair.  It wasn’t too large or small.  I could have eaten another helping of this trout because it was just so tasty! ❤

Joyce ordered the Rye Gnocchi as her main which I had the pleasure of trying a bite of.  It contained pumpkin, toasted and puffed grains, with a brown butter vinaigrette.  The Rye Gnocchi was soft yet chewy and burst of moist pumpkin.  It was really good! 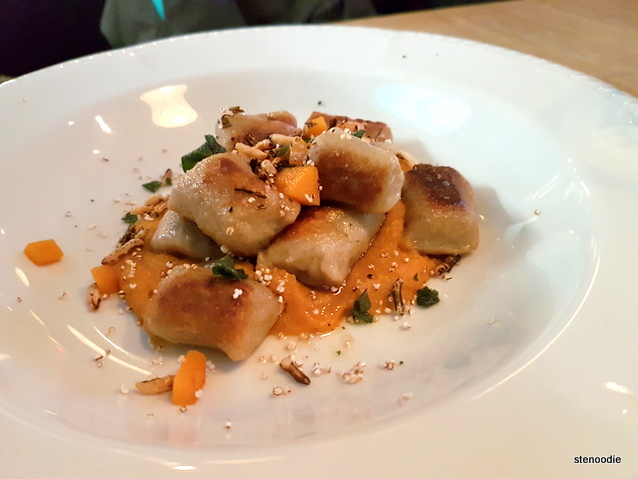 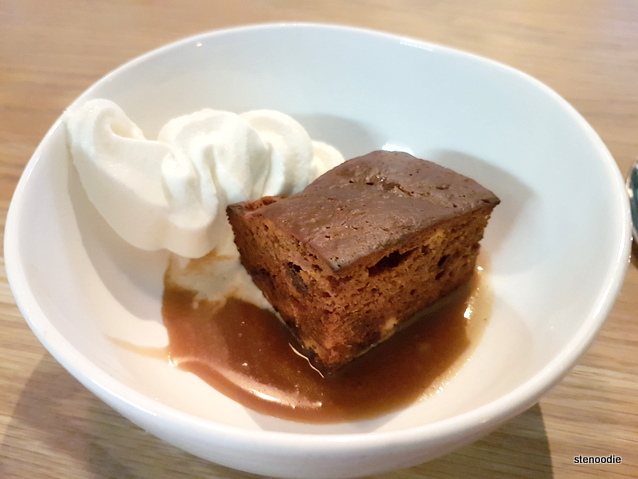 Holly ordered the Coconut Cream Pie which had whipped cream and toasted coconut. 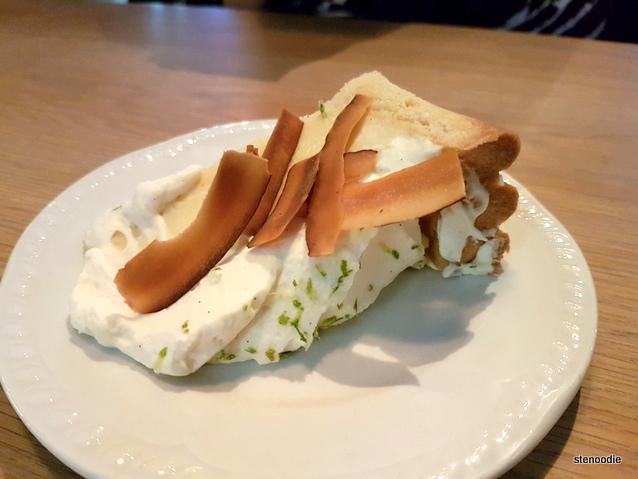 I was really impressed with the food here at Batch, especially the beloved Ontario Trout dish.  We didn’t try any of their beers on this visit despite them having a prominent in-house brewery and bar.  Maybe I’ll try some next time along with some more delicious dishes!