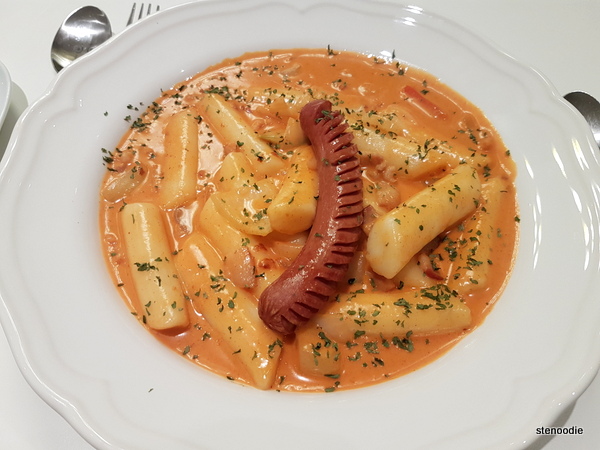 January 20, 2018:  As the title of this blog post suggests, Go Topoki is a restaurant featuring Korean rice cakes (tteokbokki ~ stir-fried rice cakes, usually spicy).  It’s located on Yonge Street 15 minutes south of Finch Station.  It’s a relatively new restaurant (opened just in November 2017) and is very modern inside with bright yellow walls and chairs and a gorilla as a mascot (I guess that’s why their name is GO[rilla] Topoki?).

The menu at Go Topoki is predominantly all about the Korean stir-fried rice cakes and it comes in four different sauces (Red, White, Brown, and Rosé) with various ingredients tossed into it.

Korean stir-fried rice cakes can be a hit or miss.  We ordered the Rosé Topokki which was their signature red sauce with cream.  We chose the bacon option which consisted of bacon, broccoli, onion, and red peppers. 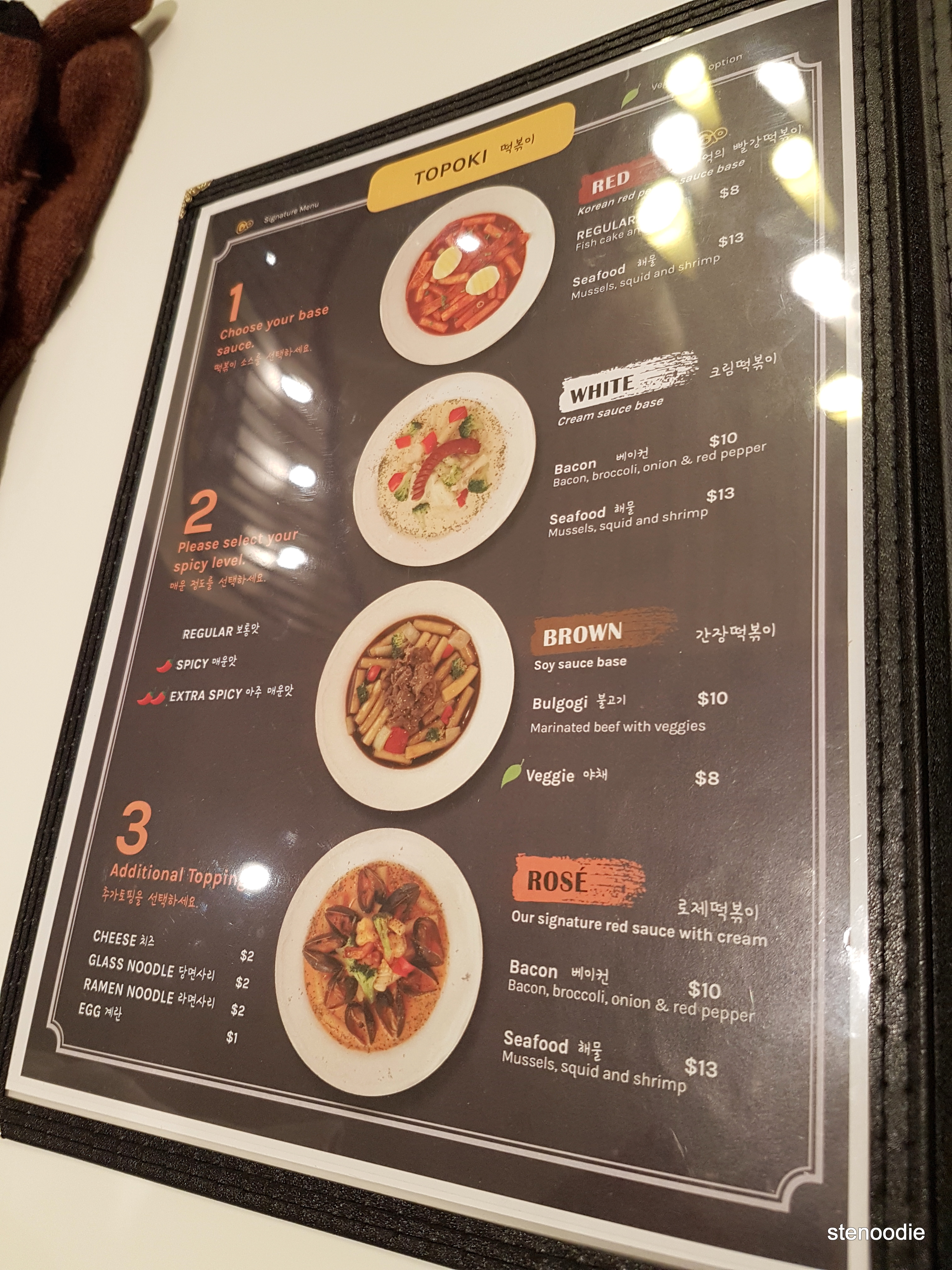 I liked that their utensils had cute faces on them! 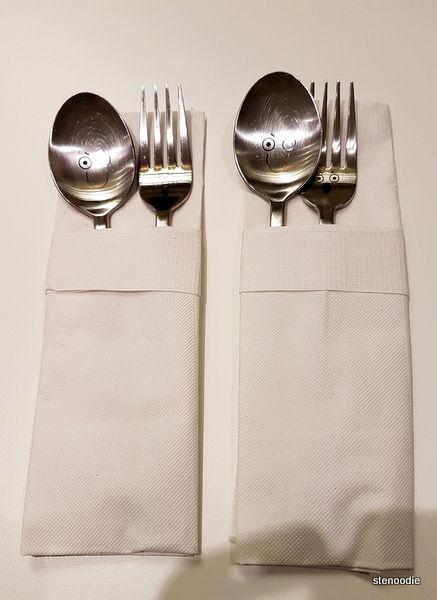 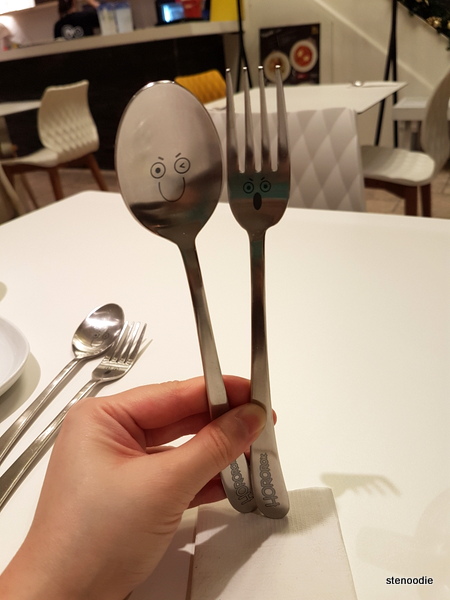 Made in Korea utensils

The order came out quickly by one of the two servers that was working there in the restaurant that night.  I felt bad for the two servers who had to constantly climb and walk down the single flight of stairs all night long to get the food.  Apparently their kitchen was on the second floor so every time they had to deliver the cooked food, they had to walk up and down the stairs to get the food to us. 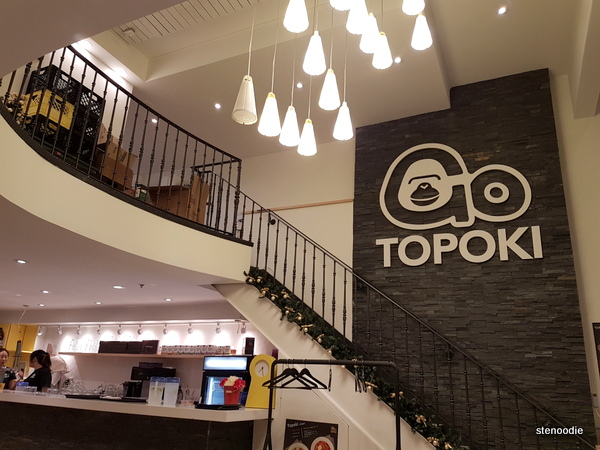 Their kitchen is upstairs?! 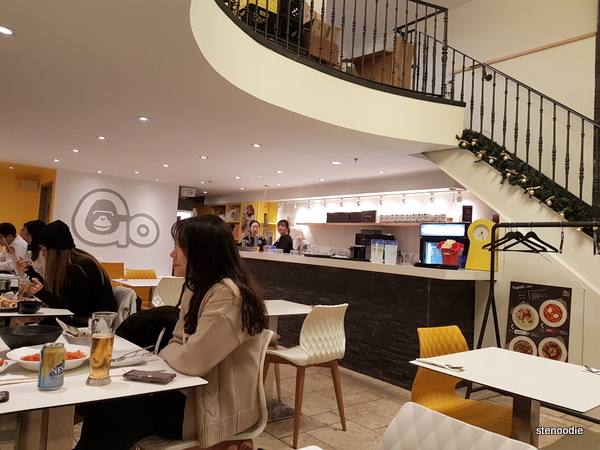 Very bright and spacious inside 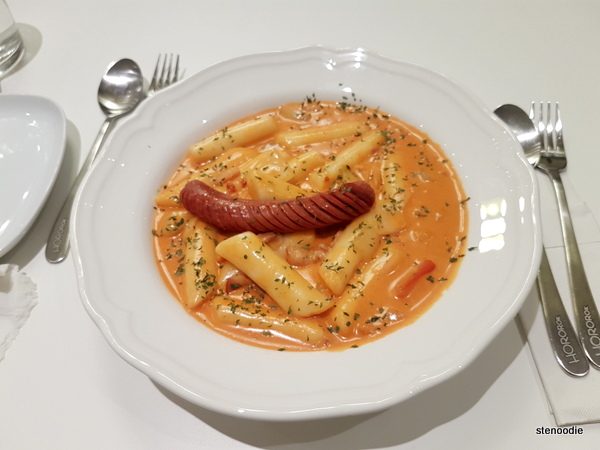 The topokki thankfully was quite good.  It was the right consistency of chewiness and tenderness.  The rice cakes’ texture wasn’t hard at all which can always be a deterrent when it comes to rice cakes.  There was an abundance of the rosé sauce so that all of the rice cakes were drenched in it.  This was a good thing though because when rice cakes are dry, they taste terrible. 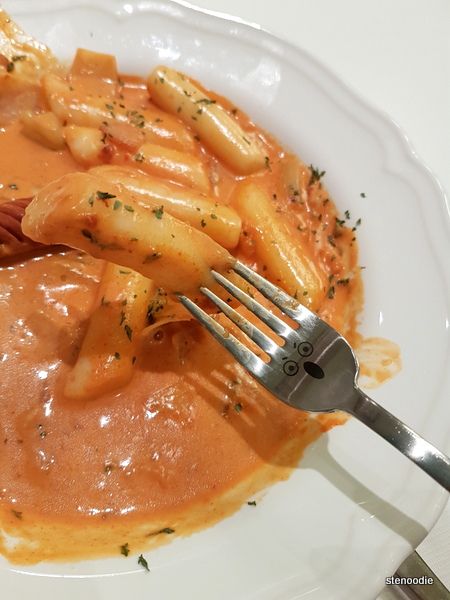 The dish was topped with a meticulously scored plain hot dog sausage. 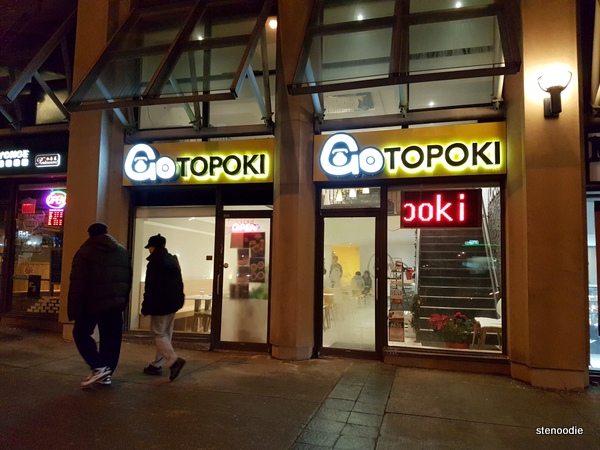 It’ll be interesting to see how Go Topoki fares in the upcoming months and years.  Their menu also includes snacks like popcorn chicken and fish cake skewers, rice and noodle options, and dessert like bingsu too.  It seemed like a good place to order a variety of topokki dishes and snacks to share over chitchatting.

The servers were prompt with serving us since it wasn’t very busy there on a Saturday night.  Their washrooms were very clean and interesting with flashing lights installed around the mirror. XD