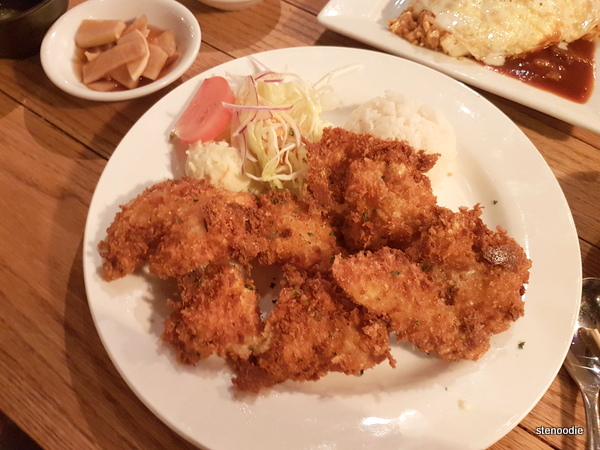 January 20, 2018:  We specifically only ordered one item from Go Topoki since they didn’t have many selections of food we wanted to eat for dinner.  Thus, we continued walking down Yonge Street and came across Crazy Don and stopped in to fill in the rest of our stomachs.

I liked the interior of Crazy Don.  It was a cozy space with wooden block seats with elements that continued the woodsy theme. 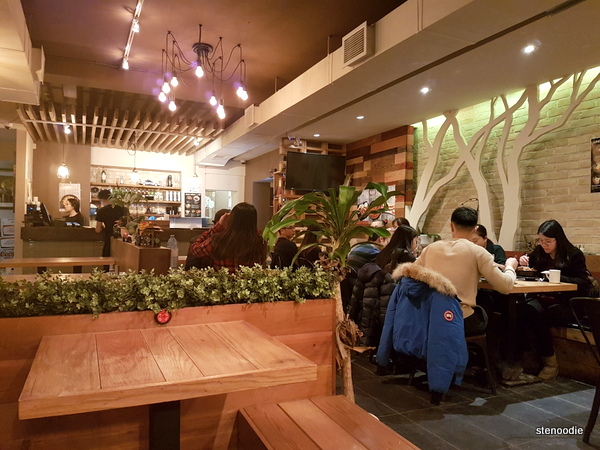 It was so cozy inside

Since their namesake was “don”/fried cutlets, I ordered the Fish Katsu to try.  Ken ordered the Kimchi Omelette.

Our miso soups and three types of banchan arrived first.  The miso soup was nice and standard.  The banchan consisted of kimchi, pickled bamboo shoots, and pickled radish. 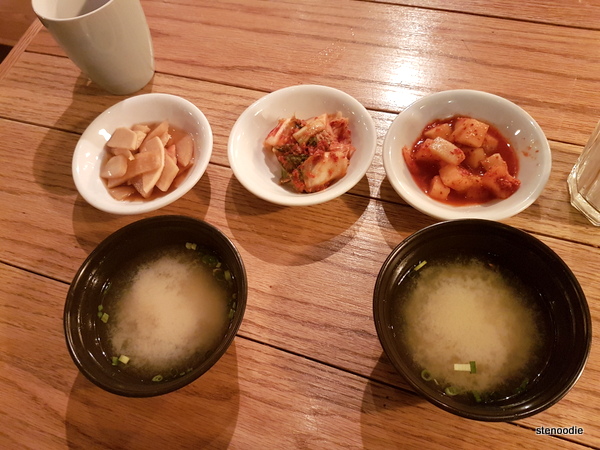 The Fish Katsu came out piping hot from the fryer which was a good thing.  There were so many pieces of the fried pollock fish on the plate!  I found the portions of rice and potato salad that was included were too tiny though; it was like a tiny ice cream scoop sized portion.  There were a few strands of cabbage on the side.

While the Fish Katsu was very crispy and fried very nicely to a satisfying crunch, I found that there was barely any pollock fish inside the crispy layers.  It was nearly empty and after the first bite, my mouth was mostly of crispy batter instead of fish. 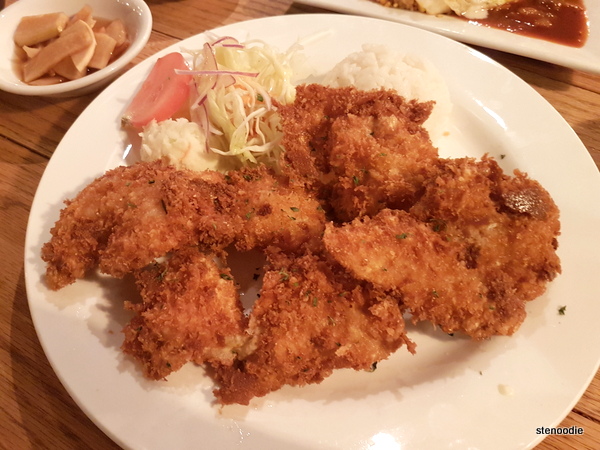 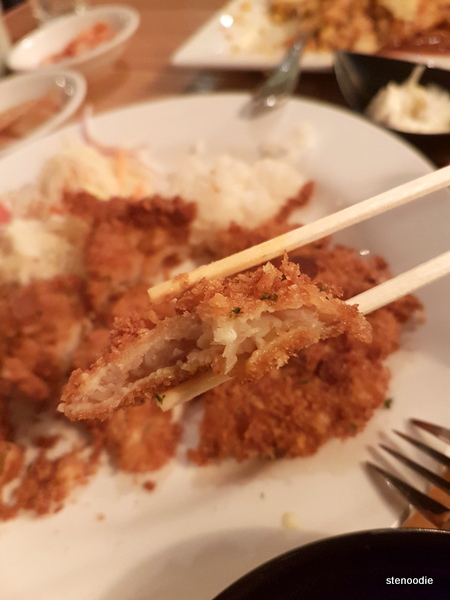 The Kimchi Omelette was covered with a layer of scrambled egg and also came with some cabbage on the side with tomato sauce too.  The kimchi fried rice under the egg was quite spicy and flavourful.  It came with an ice cream size scoop of potato salad as well. 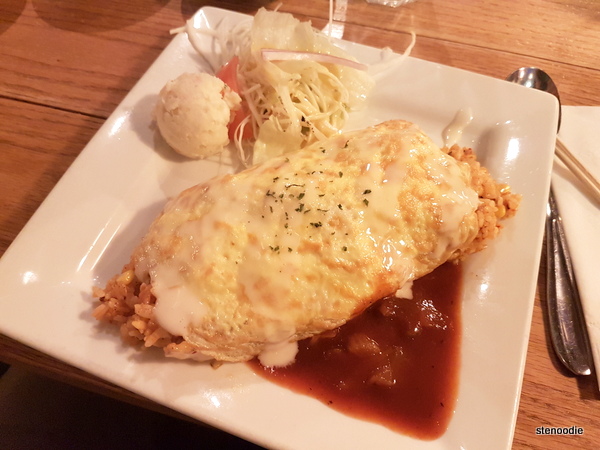 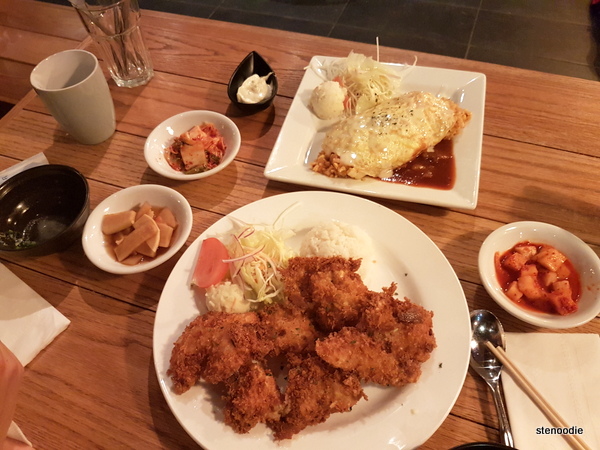 We kept asking the server for refills of water that night (since there wasn’t a water jug on our water) to the point that he asked us at the end of the night if the food was too salty.  We didn’t think so but just that we didn’t get enough water from one or two cupfuls.  At this time, I also informed him about the lack of fish in the Fish Katsu and he replied he would inform the kitchen about it.

I packed up the rest of the leftover food we had and had it two days later.  The Fish Katsu after being reheated tasted quite good and was crispy still.

I wouldn’t mind returning in the future to try more dishes. 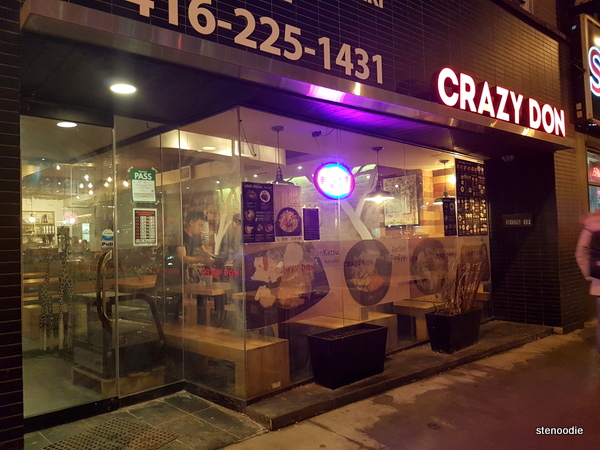 2 Responses to Dinner at Crazy Don