Dim Sum at The One Fusion Cuisine 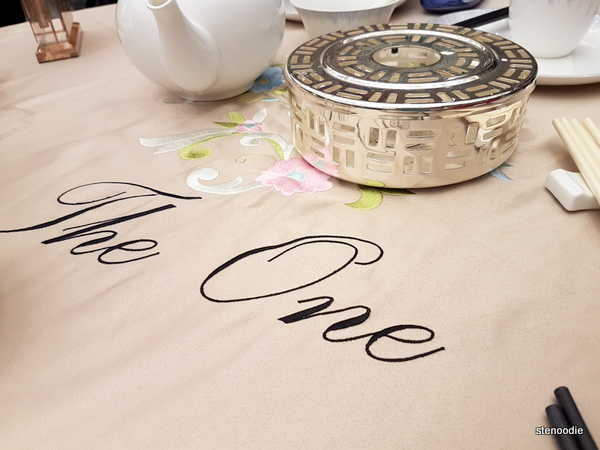 The One Fusion Cuisine located at 9019 Bayview Ave, Unit 9 in Richmond Hill

February 18, 2019:  There’s a new brand Chinese restaurant in town!  The One Fusion Cuisine (聚龍軒) takes over the place of a former Chinese restaurant (of which I don’t believe that I have been to before) at Bayview Avenue south of 16th Avenue in Richmond Hill (in a plaza with a supermarket and Soon Tofu and a few other local businesses).

The Chinese restaurant opened at 9 a.m. and because we wanted to meet relatives there for dim sum at that time, we arrived ten minutes early to make sure that we got a table.  To no one’s surprise, there were also other people thinking the same thing and we were only the first five or so people in line.  After us, there were at least ten people and the line-up wound up around the plaza. 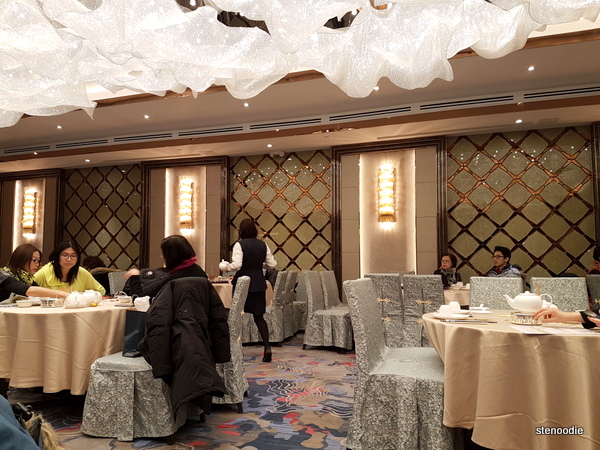 When the doors opened at 9 a.m., I was amazed with how beautiful the interior was.  There were two large dining rooms which featured unique lighting and ceiling decor (it reminds me of the Chihuly glass artwork seen in Vegas or Macau).  Unfortunately, I didn’t take a better photo of the rooms from a distance so you can’t see what it all looks like.  It was a really fancy and chic restaurant.  Everything was brand new and sparkling clean. 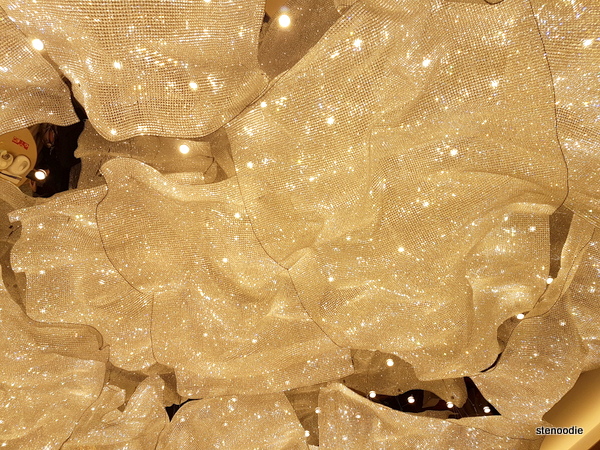 I wonder if they indeed got the inspiration from Chihuly

We received a table for five (the space was filled up completely within minutes).  The dim sum order sheet was exactly the same as the one at Dragon Boat Fusion Cuisine (the two restaurants are owned by the same parent company) and thus the items on the dim sum order were the same as well.  It’s exactly as if Dragon Boat Fusion Cuisine had opened a second location but this one was named a differently. 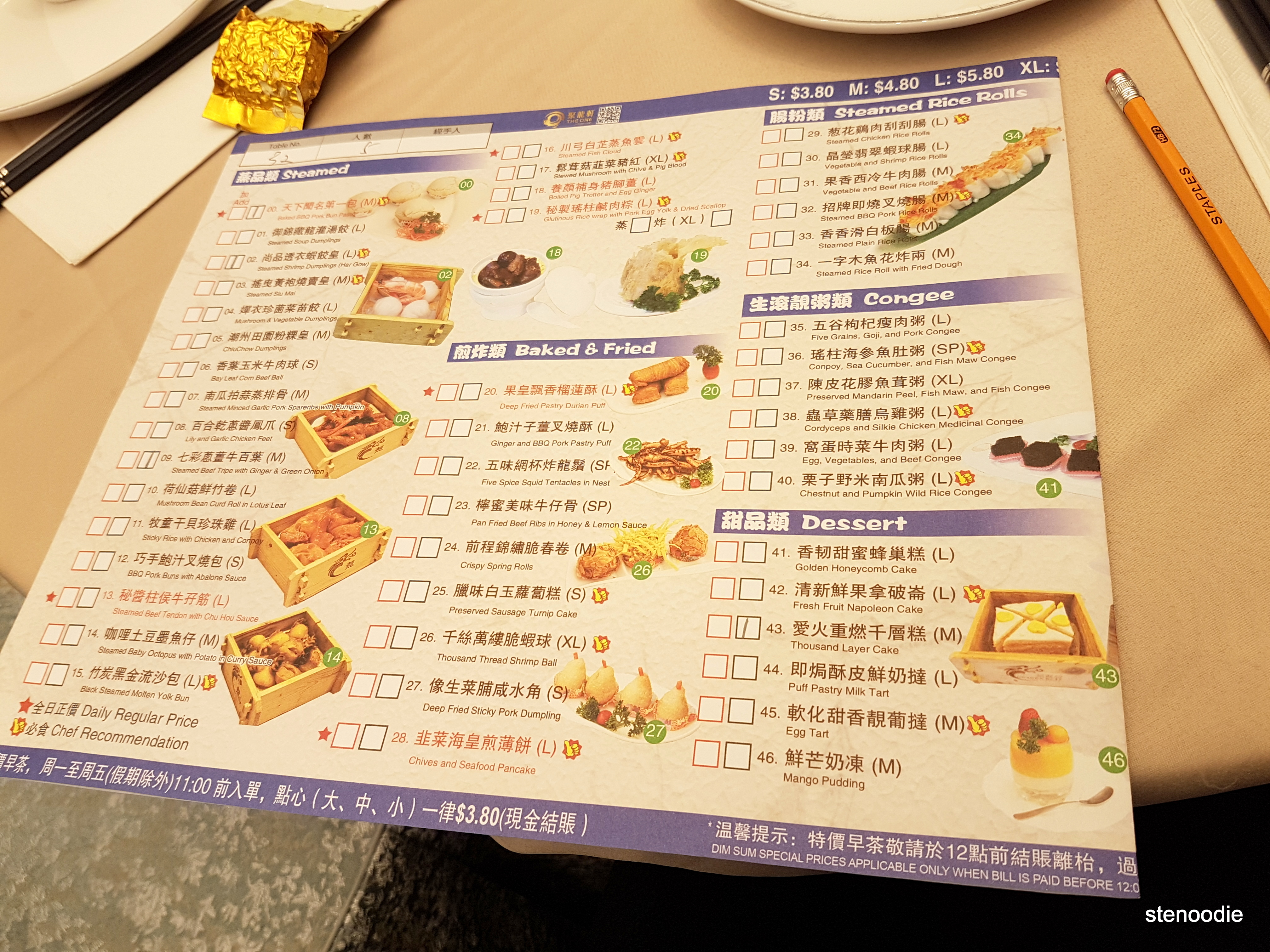 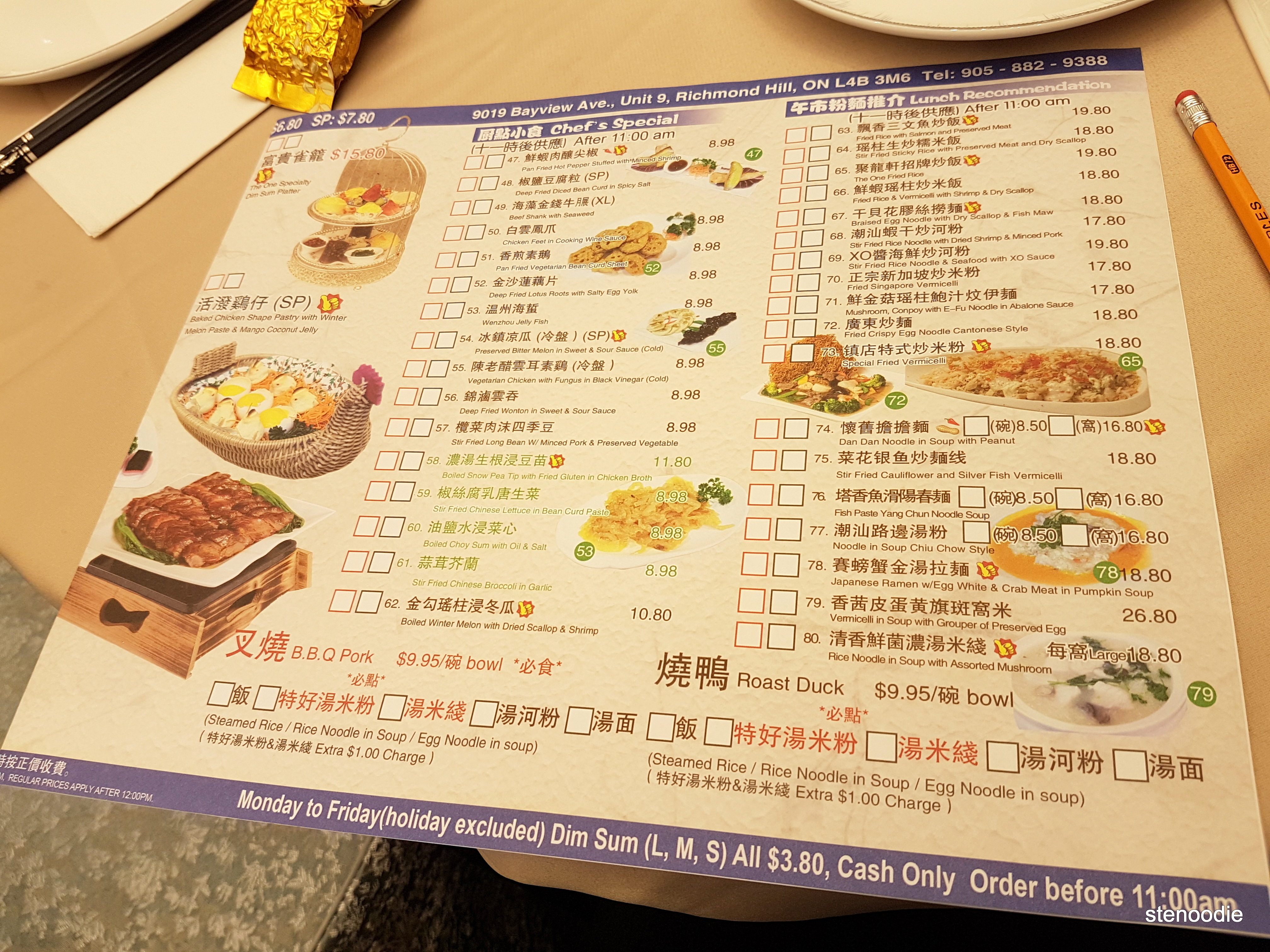 Some special items only available for ordering after 11 a.m. 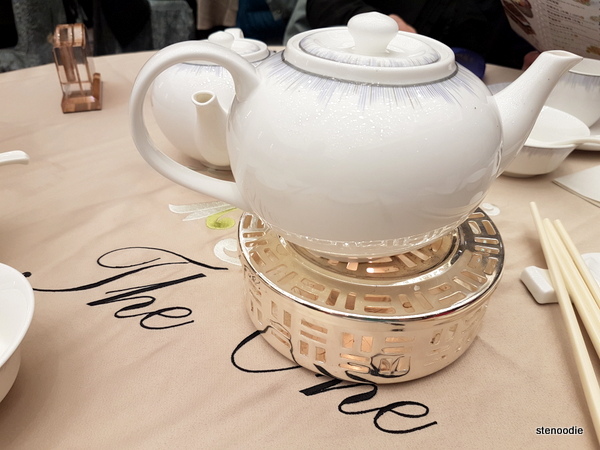 So pretty and classy to have the name of the restaurant embroidered on the tablecloth. I’ve never seen that before

I really admired the newness of the cutlery, utensils, teapots, and we noticed how the chair covers had a touch of old-style Chinese clothing.  The tablecloth had an embroidered “The One” on it too.  It was so fancy.  There was a tea light inside a golden stand which you could let your teaspot sit to warm up the tea.

The food was pretty good here.  We ordered around eight dishes to share that day.  All of the steamed baskets and plates were also new and shiny.  The dishes were presented nicely too. 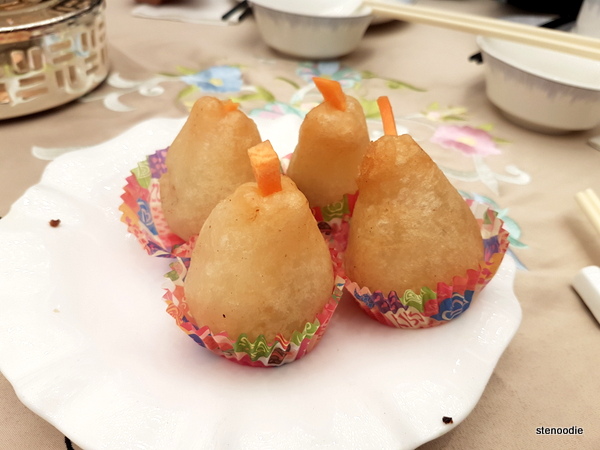 Deep Fried Sticky Pork Dumpling (small). These are made to look like pears 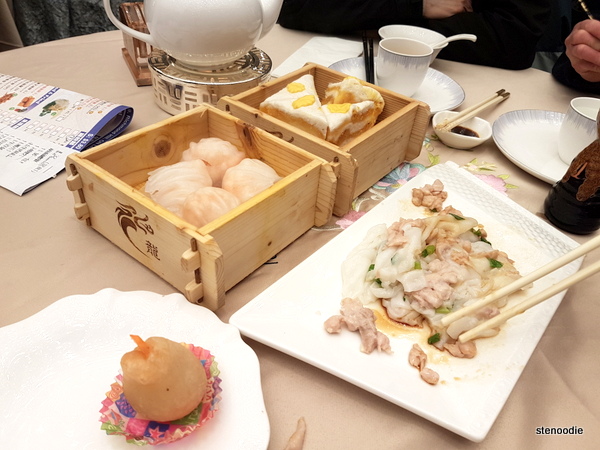 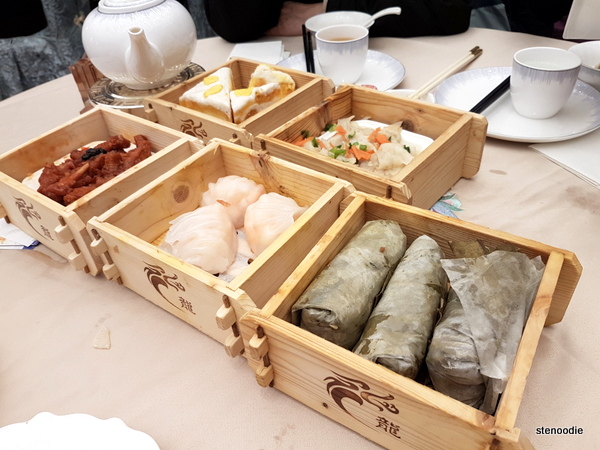 At about ten minutes after we sat down, there was already a crowd of people waiting for a table.  I’m so glad that we arrived early!  This restaurant became super crowded with people near the entrance very quickly.

The highlights included the Deep Fried Sticky Pork Dumpling which were made to look like mini pears (so cute), the smoothness of the chicken meat in the Steamed Chicken Rice Rolls, and how the Sticky Rice with Chicken & Conpoy were rolled up tubes rather than the traditional triangular shape.

The service from the staff were really courteous and professional.  Also, their washrooms donned the similar Chihuly decor and supplied mouthwash on the counter for customers too.

I think this is such a nice venue to hold banquet events like a wedding dinner, 100 day celebrations, birthdays, and more!  There aren’t many Chinese restaurants with such gorgeous interiors such as this one in the Greater Toronto Area. 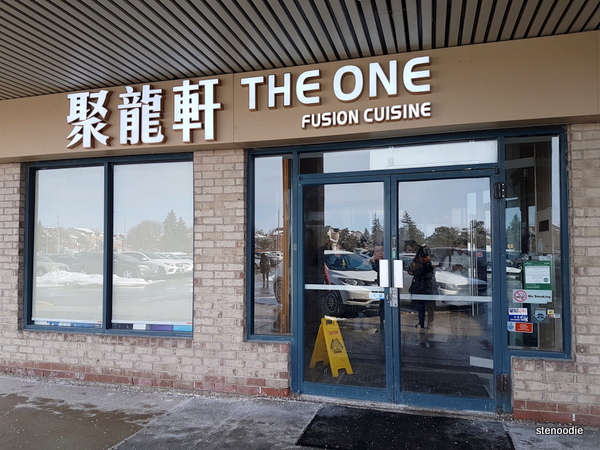 2 Responses to Dim Sum at The One Fusion Cuisine